As a photographer, it's essential that you understand how the light is working within your shots. Contrary to popular belief, lighting a portrait shot doesn't have to be tricky or complicated. You don't need a wealth of expensive equipment and it doesn't take an expert to understand which lighting scenarios work and which don't.

It's up to you to decide the angles and proximity of the lights, depending on the situation. Taking your time, using your eyes and adjusting the lighting setup available to you will get you a long way. Here are ten examples of shots using simple lighting set ups complete with a brief explanation of how the lights are positioned and used.

Before you get sucked into using artificial light, it's essential to appreciate the qualities of natural light and how it can be utilized effectively for portrait shots.

A very popular method is to place a subject next to a window and as you can see in the example below. This can work extremely well. The shot retains an extremely natural feel as the light pours in from the left, highlighting the key features of the subjects face and demonstrating an effective progression from light to dark across the image. 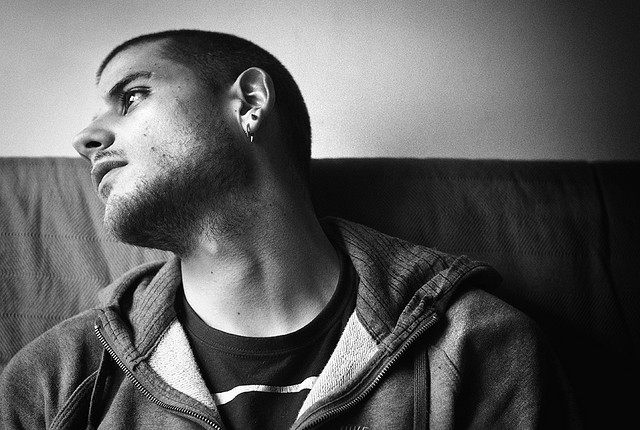 Using natural light doesn't have to be restricted to simply sitting next to windows, there's an unending list of potential outdoor locations to be used, but getting the light right can be tricky.

If you try to shoot when the sun is too high in the sky, the direct light will be too bright and harsh, so I would recommend shooting during the ‘Golden Hours.' I would regard these as the hours around sunrise and the few hours around sunset. During these times, the natural light on offer will be low and warm, offering a far more suitable lighting scenario for a portrait shoot.

In the shot below, the photographer has utilised the setting sun behind the subject and paired that with a single light to the right of the subject. This set up offers a warm feel whilst also giving a clarity and presence to the subject. 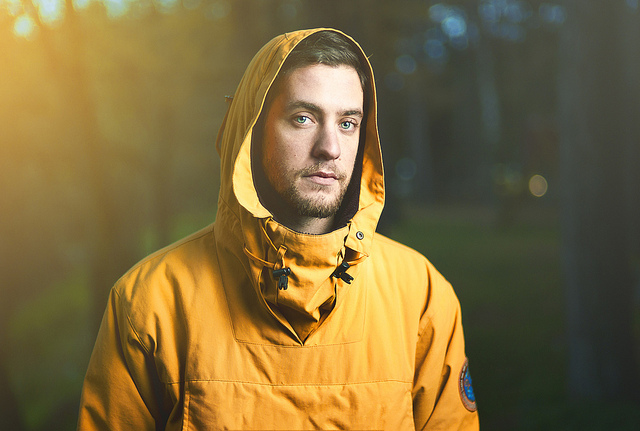 Once within a studio setting, photographers can sometimes get the urge to start using every light available to them, but it's important to use the correct lighting to create the mood and atmosphere for the shot.

Always start with one light, you may find that it's enough, but if not, you can go on to add more. As you can see in the shot below, a single light source can be all you need to capture your subject in a dramatic and effective way. The light used here is focused in one particular area, spread wide enough to highlight the key features and the dripping water, but not so much to spill over to spoil the darkness surrounding the subject. 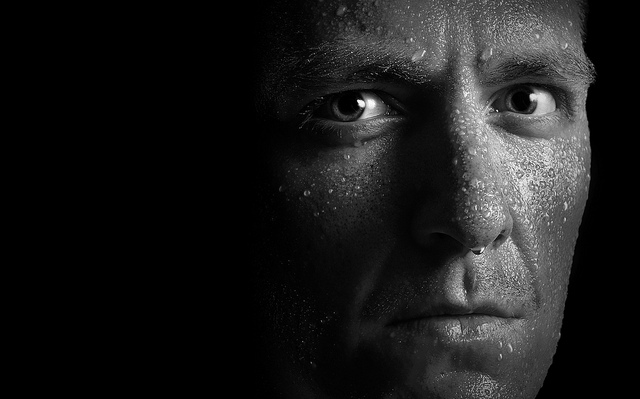 This lighting set up bears great similarity to the previous set up, primarily utilizing a single studio source to light the subject. This is evidently placed to the right of the camera, offering a welcome light on the left side of the model's face and casting a shadow on her right side.

The light has a far wider dispersion and isn't focused on such a small area as with the previous shot. Not only does this enable us to see more of the subject, but also offers more interest, as the soft light casts a highlighted glow upon the backdrop.

This shot utilizes two studio lights, plus a textured backdrop, which combined with the smoke from the cigar makes for an extremely engaging and strong image. The lights are placed either side of the camera, one to the right, which you can see is lighting the side and back of the subjects head. The other light is probably situated to the left of the camera and you can see that casting a pool of light on the backdrop.

This set up works extremely effectively, creating an image that appears to be far more complex than it's set up suggests. The added features of the cigar, smoke, jewelry and textured backdrop ensure there are plenty for the eye to engage with, as they all sit nicely amongst the shadows and highlighted areas of the subject. 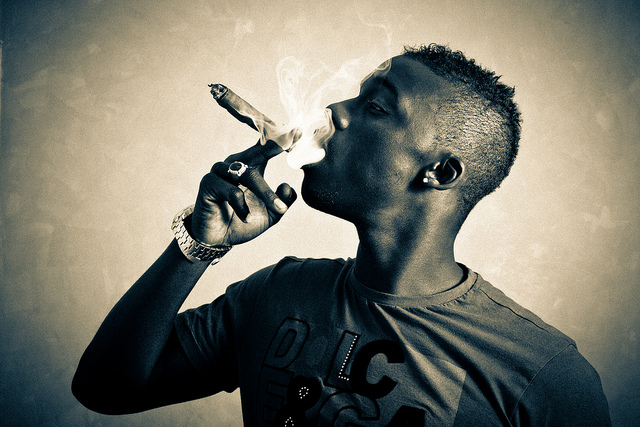 This set up works extremely effectively for model shots that aim to highlight a lot of detail, either within the hair, garments or facial features. In this shot, one light is placed to the right of the camera, at a 45 degree angle to the subject. The other light is place directly opposite the first, so within this shot, it would be in the back left corner, directed towards the models left shoulder and back.

This light is brighter and serves to separate the model from the background and accent the curved lines of the arm. It also ensures that there is plenty of light available to maximize, in particular, the delicate hair stylings. As you can see, some slight shadow is cast across the models back and on the rear or her right arm, offering some welcome contrast to the shot.

This shot features two primary light sources. The first light is situated to the right of the camera, highlighting the subjects face from one side. It brings out the key features, such as the hair style, the subject's left eye, left cheek and her smile.

The other light is placed behind the subject and offers the glow through her hair and is backlighting the model. This technique offers an alternative feel to the shot, adding extra light without interfering with the lighting upon the subjects key features. Within this shot, the two lights are accompanied by softer colored lights in the background, which offer an extremely pleasing warmth to the shot.

The other light involved is placed behind the subject and is directed towards the backdrop. This not only highlights the texture of the backdrop, but also offers a subtle halo around the subjects head.

This shot utilizes a similar set up to the previous shot, with lights on either side of the subject ensuring that the subject's face is well lit and clear. However, this time, the third light is not being cast backwards, but actually towards the camera, offering the glow which appears to the right of the subjects head.

This can cause issues if the light is too intense and shines directly into the camera, but can work very well offering a bright backdrop such as this for the subject to be based within. Alternatively, you could use just a single light in front of the subject and have two lights behind the subject facing forward to offer the glow on either side of the subjects head. 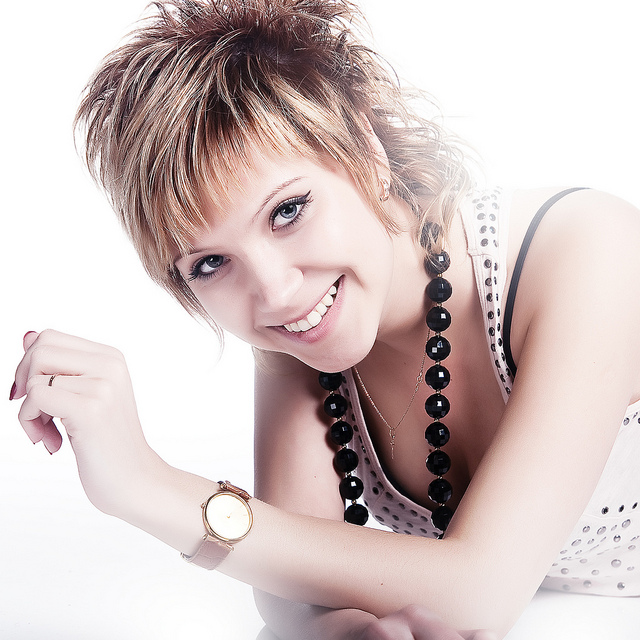 According to the photographer's description, this shot utilizes four lights, but it might be hard to place all of them.

It is clear that there is a light source on either side of the camera directed towards the subjects face, focused upon his face, bringing out his hair, eyes, teeth and cheeks.

It is also clear that there is another light facing the backdrop, offering that brightness that surrounds his neck and head. The last placement subtly focused on his bands. 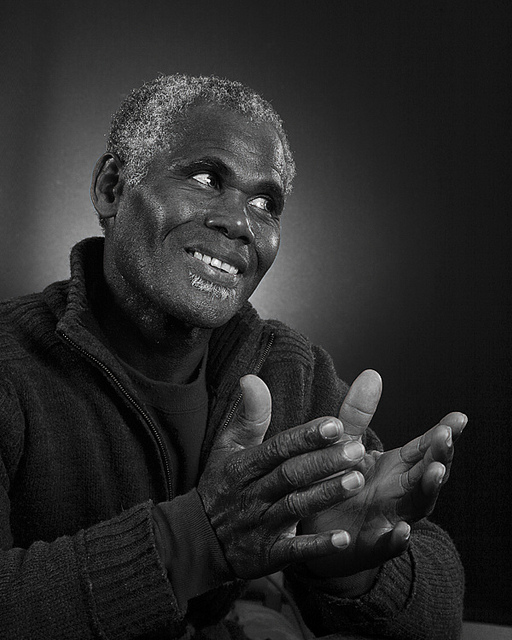 So there you have it, a run down of ten basic lighting set ups that can be utilized to get some extremely effective results. Although using professional standard lighting equipment will aid you in getting consistent and quality results, don't restrict the light sources that you use.

On some occasions, I've been known to use a standard lamp, just to offer that extra warmth. It's also extremely useful to have a reflector (and someone to hold it), as it will enable you to direct reflected light from a single light source to highlight features on the opposite side to the light source, giving a more balanced shot.