A 10 Step Introduction to Making Your First Photofilm

Many have turned to video to meet the demand for web-based media, but the increasingly popular medium of Photofilms provide a simple and highly effective way to display your work, without having to learn lots of new skills. Now being employed by various news agencies, this new multimedia format is gaining momentum in the world of online photojournalism and will be a valuable means for publishing your work. Today we'll show you how to get started, and showcase a few brilliant examples!

Photofilms are a means for presenting your photographic stills combined with audio in a multimedia format, suitable for web publication. In basic terms it's a glorified slideshow, but when combined effectively with music, audio interviews from subjects and sound recordings from the setting, it's an extremely dramatic way to portray a photographic story.

Hungry: Living with Prader-Willi Syndrome - By Maisie Crow from liveBooks.

As you will have seen from Maisie's work, Photofilms are an extremely effective way to tell a story with your photos. The power of the still image really comes to light, the eye has time to explore the image as opposed to being directed by a moving image or video.

The simplicity of Maisie's black and white shots portrays an authenticity of situation, which effectively accompanies the two voices of the subjects. The relatively short length of the film is important as well, as it would be difficult to sustain that level of quality and emotional connection with the viewer for a more extended period.

I remember coming away from viewing the film for the first time feeling highly informed about Prader-Willi symdrome and the day-to-day lives of those who live with it, yet on second reflection, there are very few facts within the film to actually educate you about the condition in a medical sense.

It is the depth of understanding that the film offers the viewer which is so impressive - a result of a very well crafted piece of work. Throughout the article I will include some stills from the film to demonstrate the style of images which make the piece so dramatic.

So, you've seen a top quality example of a Photofilm and you want to make your own? These next few steps should equip you to start producing your very own films.

Like any photographic project, you'll need a subject or location to shoot. It's probably best to start with a topic that you're familiar with or used to shooting, but you may have a particular story that you want to tell, know a group of people that you think might be interesting to capture or you may even have a collection of photos that you've already taken which you might be suitable. 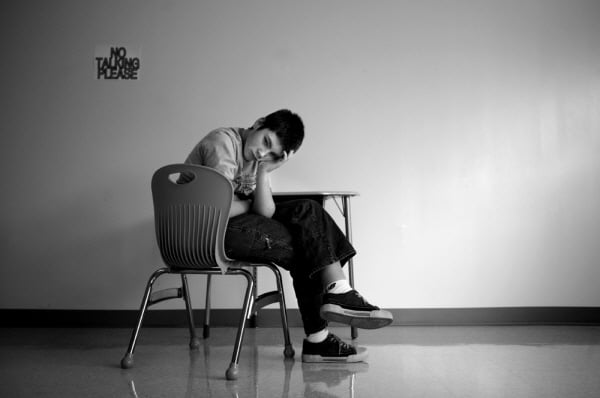 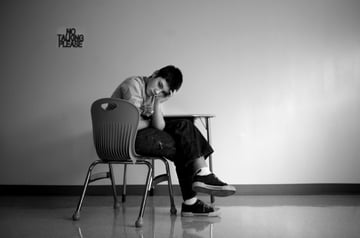 To create your Photofilm, it's essential that you're kitted out with all the right gear, but don't worry, you only need a few pieces of kit to get started. You can use whichever camera you like, your DSLR, you're favourite old 35mm or even your camera phone, as long as you can upload or scan the images onto your computer.

The other main piece of equipment that you'll need is a handheld audio recording device. Something such as an Edirol R09 would be ideal, but there are some far cheaper dictaphone type products such as the Tascam DR07 which would be fine. Along with this you'll need a good pair of closed headphones (not the in-ear ones) to listen whilst you're recording. 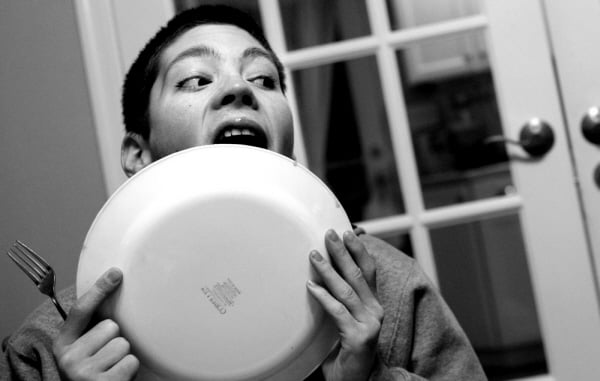 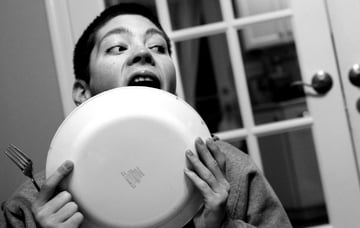 As photographers, I'm not expecting you to naturally understand the science of recording sound, but there are a few important tips to help with the recording process which should help to ensure you capture high quality audio.

Many devices have an option to record in MP3 format, please try and avoid this as it will compress your recordings, instead opt for 44.1Hz WAV for high quality audio. Think about where you're pointing your recording device, particularly when interviewing a subject. Don't hold it right in front of their face as this can be intimidating, instead aim to hold it at about chest height, think about the intimacy of the audio, and get up close.

Make sure your subject is comfortable and relaxed in their surroundings and if possible aim to sit side by side as opposed to facing each other directly, as this can make the situation awkward due to direct eye contact.

Be sure to think about the questions that you're going to ask, don't 'umm' and 'ahh' all over their answers and try to give lots of positive signs using body language such as nodding and smiling.

Remember that the person you're interviewing may well be giving up their time for you and opening up to you as an interviewer, so ensure you respect that and leave time at the end to relax if you've been discussing a particularly emotional topic.

Hopefully you'll be far more clued up on the photographic element to your piece and it's totally up to you what you shoot, but there are a few things to remember when shooting for a Photofilm.

The most important thing to remember is that you're telling a story. There needs to be cohesion between your shots and they need to detail all that's happening with your subject or location in order to tell the complete story.

The only other thing you'll need to create your Photofilm is some software to compile it. The first thing that you'll need to do is edit your recorded audio, which can be done using free software such as Audacity.

Within Audacity you can upload all your recordings, cut them up, change the order and layer them up as you please. You'll also need some software to combine the audio with the photos. You can download a free version of Soundslides online, which is a great tool for creating Photofilms and will present your work very nicely. The alternative if you've got a bit more money to spend would be Final Cut Pro or Elements.

Now you've got your audio and your photos, it's time to combine the two to create your Photofilm. It's up to you which you organise first, but be sure to provide a solid narrative to the film, introduce the topics and subjects and don't presume the viewer knows what it's about before it starts.

Select your images carefully, don't be precious about shots - you may really like particular shots, but if they don't add to the film, then don't be afraid to scrap them. You also need to consider the use of music, understanding the emotional portrayal of the story. Music can be a very manipulative emotional tool and needs to be used to enhance the film, but also not detract from it's personal involvement. 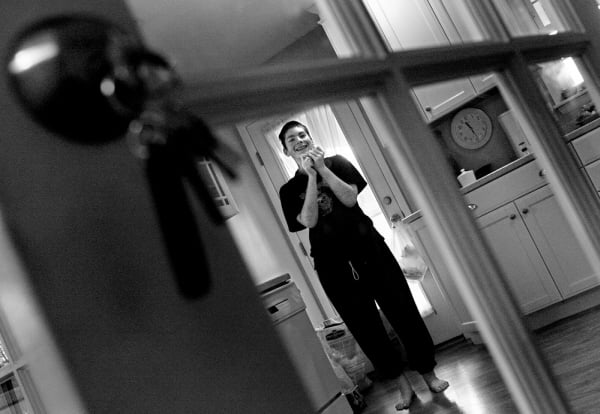 Try different orders of audio and films, different combinations, with music, without music and you'll soon be able to gauge what does and doesn't work. Remember though that this is all dependant on the material you're using, just because something doesn't work this time around it doesn't mean it won't work next time!

Once you're happy with the final piece, it's time to share it with the world, upload it to YouTube or Vimeo, show your friends and family and get some feedback. 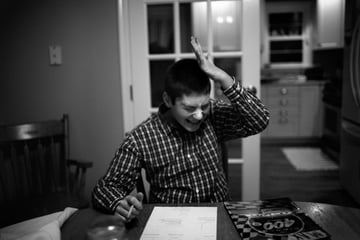 I'm sure you will have learned a great deal from going through the process of creating a photofilm for the first time, so now it's time to get out there again and apply all that you've learnt to a different project or subject

Remember that you don't have to be commissioned or asked to create, just get out there and capture whatever takes your interest. 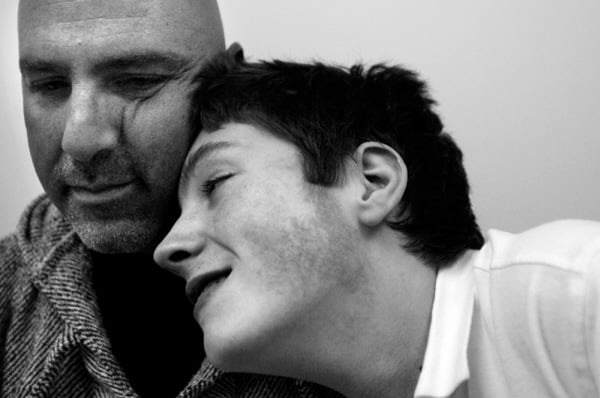 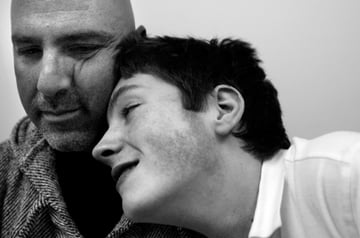 Still photography will always exist because our brains are wired to ingest still images. The fact our brains are being rewired might change that equation down the evolutionary road, but for now still images continue to be powerful forms of communication and enlightenment. Mixing still imagery with moving imagery, audio, graphics, ambient sound, music and most importantly the voice of our subjects is exhilarating and has only enhanced our abilities as visual storytellers to tell our stories in new, dynamic ways that can reach broader audiences and break the space logjam that print media has always forced our work into.

I’ll leave you with another great example of a photofilm about people suffering with Alzheimer’s, this time created by Benjamin and David at Duckrabbit using photos taken by Cathy Greenblat: