A 12-Step Beginner's Guide to iPhoneography

Now we all know about the rise of the smart phone in recent years and in particular, Apple’s iPhone and as it has progressed through the various upgrades. It’s significance for photographers has been well documented. The iPhone has become an invaluable tool, not only for photographers, but for the public at large as it begins to take the place of the digital entry level point and shoot cameras that are on the market.

Here, I’ll aim to give an overview of some of the iPhone’s most useful camera features and hopefully inspire you to make the most of the extremely powerful photography tool that’s in your pocket!

There’s a saying in photography circles that says, "The best camera is the one you have with you," which for me, is entirely true. The amount of times that I’ve been out and about and spotted a wonderful scene unfolding before me or an interaction or moment at an event that I wish I’d had my camera with me are innumerable.

Now I have a solution to that problem, as I have the camera on my iPhone. Not only is it always there, ready to use, it’s quick and easy to access the camera through the home screen slide option. There’s no need for me to carry around a digital point and shoot anymore, as the iPhone camera, particularly on the 4S, produces images of such high quality.

In it’s recent reports, Flickr have stated that more photos get uploaded that were taken with the iPhone than any other camera. This isn’t necessarily a surprise considering the millions of people worldwide that now own them, but it’s not only amateurs and hobbyists that are shooting with them.

There has been growing recognition within the professional photographic world regarding the use of the iPhone as a camera and a very valuable tool. Professionals may now use it for quick test shots and some have even risen to the challenge of embarking on personal projects using solely the iPhone. 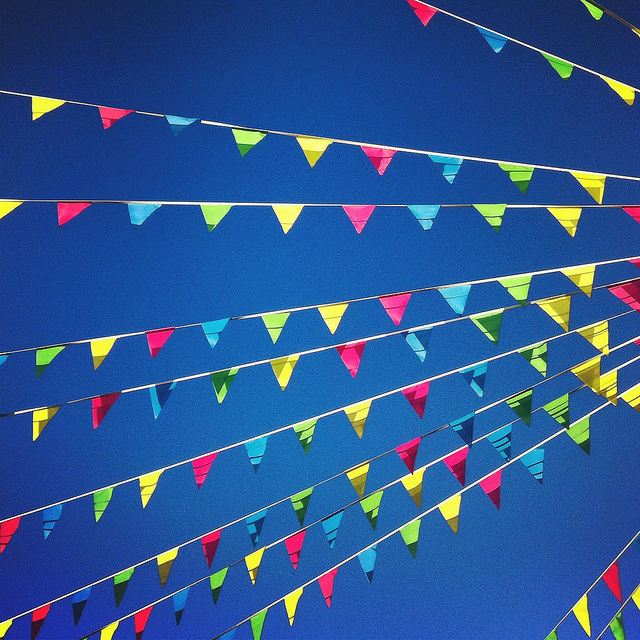 The native camera app built into the iPhone, like the majority of the functions within the iPhone are designed to be used intuitively and with that in mind, it works extremely well as a simple and effective camera without getting into complicated options and functions.

Focus and exposure is controlled by a single tap to the screen on the chosen area and the light changes accordingly on the screen. AE/AF Lock is achieved by taping and holding on the screen until the verification appears at the bottom of the screen.

The simple pinch gesture works as a zoom and along the top there are options for flash, applying a rule of thirds based grid (very useful for composition) and also an HDR option, which works well in adding definition and contrast to your photos.

My favourite feature however, is the ability to use the "+" volume button as the shutter button, both on the the phone itself and also via the control panel on the headphones supplied. Using the + button on the side of the phone feels far more natural as a photographer and offers a much steadier grip on the device. 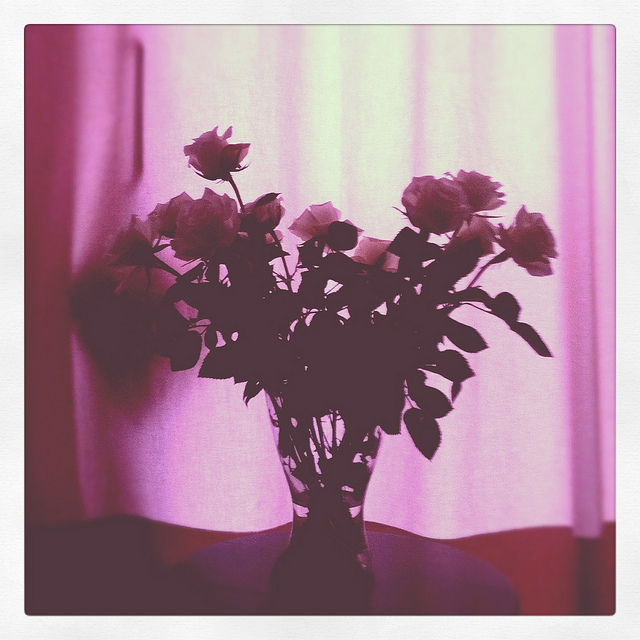 Entering the World of Apps

One of the most significant elements that sets the iPhone apart from most other cameras on the market is it’s versatility. This is made possible through the thousands of applications available from the app store.

There are seemingly endless options available for photographers which can transform your basic camera into an incredible photography tool that has a diversity that few other cameras can match.

It can be a real challenge in knowing which apps to work with and which to avoid, but here I’m going to comment on a few of the more popular apps, which will be familiar to many of you, but for the beginner, they can open up a world of possibilities for photography on their iPhone.

This app works in an extremely similar way to the native iPhone camera, sharing an a lot of common features, but does offer a few extra options that I find often come in useful.

Features such as a constant torch-style flash enable you to have a fill in light source in dark situations. You also have various options via the settings cog such as an image stabilizer, a variable self time and burst mode, which I’ve all found helpful at times. 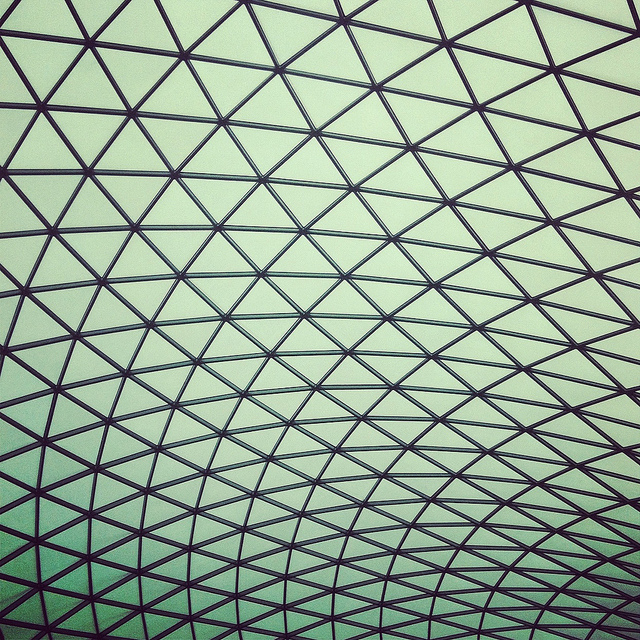 Editing on the iPhone

The ability to edit your work on the same device as you shot on is again another practice that the smart phone has made popular. In a similar fashion to the vast amount of camera options there are also huge amounts of editing options available through the huge variety of apps.

Within the iPhone you have the option to rotate, crop, remove red-eye and use the ‘auto-enhance’ button. Camera+ offers all those features plus the option to flip the shot and add a vast array of filters and borders.

The real king of editing though is the Photoshop Express app. The baby brother of the full version of Photoshop, this app uses terminology and options that the more experienced photographer will be able to relate to.

The first menu offers options to crop, rotate, flip and also straighten the image. The second menu allows you to adjust exposure, saturation, tint and contrast, whilst the pick of the other features include soft focus, sharpen, noise adjustment and then the effects filters and borders.

Editing works in a similar process to the full version of Photoshop with clear undo and redo arrows at the bottom allowing you to work in a manner similar to how you may work on a desktop.

Other Apps to Try

There are of course many, many, many other apps out there that are worth your time and money, but I’ve not got space to go into detail here about them all. I’d recommend not trying to find apps that will do everything, but ones that will do a specific job very well.

The only way you’ll find out if they’re any good is to give them a try. What works for you may not work for others, but it’s a case of personal preference and finding apps that suit the way in which you work as a photographer.

Have a search through the App Store, but here are a few ideas to get you started. You may want to have a go at panoramic photography, applying tilt shift lenses, have some fun with a fish eye lens or even time lapse photography.

For the more advanced user, apps such as Mattebox and Snapseed claim to be more in depth cameras offering more control over the images, light and editing possibilities such as white balance, ISO, saturation, focus, crops, blurs and filters all at your fingertips!

It’s also worth finding apps such as Flickr, which are not only useful for uploading to your own photostreams, but also for looking through other photographers work.

There are two main advantages to using the iPhone camera as opposed to a more standard point and shoot. One that we’ve already looked at is the apps, the other, however, is connectivity. The ability to share your photos within the same device as you took them on is a relatively new phenomenon, although something that we all now take for granted.

Camera manufacturers are now beginning to take note and are starting to include wi-fi connectivity into their cameras, but smart phones have lead the way in enabling photographers to instantly share their work.

I believe this enables the personal element of photography to come first, to be able to instantly share a moment, to tell the story of where you and what you’re doing photographically and show the world in moments is a truly powerful resource that should not be underestimated.

For me, when I was starting out, the ability to share my photos was invaluable to the continuation of my photography. The chance to receive encouragement, support and also criticism online enabled me to grow as a photographer. I would strongly encourage you to share your images, they’re no good sitting in photo albums on computers and devices. Show the world your work!

Within the iPhone camera roll, you have the ability to email or iMessage photos to contacts or share through Twitter. I’m also lead to believe that with iOS 6 you’ll have the option to share straight to Facebook as well.

You then also have the option to share images through other means. For example, directly through the Facebook app, via What’sApp, upload it to your Flickr or Tumblr page through the designated apps or use the sharing options built into specific camera apps such as Camera+ and of course the king of social photo apps, Instagram. 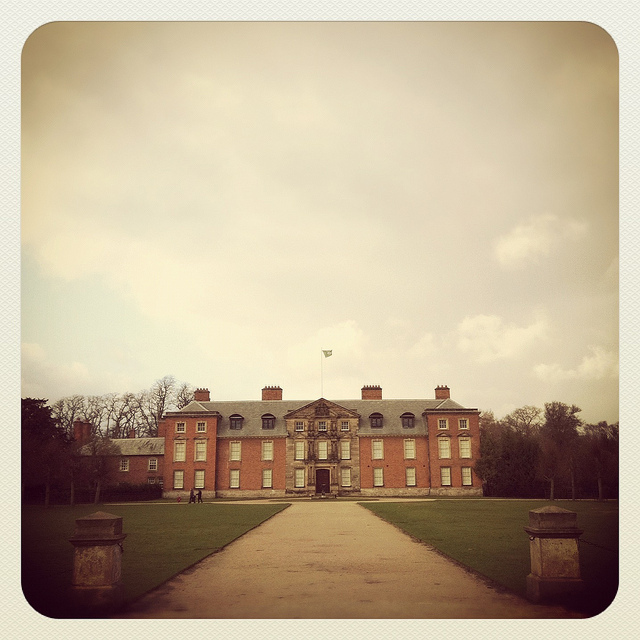 Another element which smart phones have introduced is the capability to geo-tag images automatically in order to map the locations at which you’ve taken specific photographs. Now this may not be something that interests everyone, but through the 'Places' option at the bottom of the camera roll page, you’ll be able to observe a map of your images.

This will be of particular interest if you travel a lot and are inclined to forget where images have been taken, but also acts as a nice geographical record of the places you’ve visited and gives others the opportunity to share in your photographic experiences to a deeper level.

There are also numerous accessories and lenses on the market for really serious iPhoneographers. Companies such as Phocus, Photojojo, Ollocip and Vtec all offer an array of lenses for smart phones, ranging from macro to telephoto to wide angle. None of which I’ve had the fortune of being able to try, but they certainly do open up the possibilities for the iPhone camera to an even greater extent, allowing for further creativity.

So now it’s your turn! You’ve heard all about the various options and wide ranging possibilities, now it’s time for you to get out there and put it all into practice.

When you’re out and about, don’t forget that you’ve got your iPhone with you, a powerful photography tool, and get snapping. Then you’ve got the joy of editing the shots in the palm of your hand and sharing them with the world!