Washington state is a diverse multitude of ecosystems and locations that will excite any photographer's interest. From rain forests to beaches to metropolitan skyscrapers to volcanic mountains, the state has a wide range of environments to satisfy many forms of shooting habits.

Situated in the northwest corner of the United States, the state enjoys a coastal climate for half of its area while the Eastern side is notably dryer with a change in topography and geology. Take a trip around Washington state to see why you might want to try your luck shooting in this varied and beautiful landscape.

Western Washington means water. It's all over the 'green' side of the state and is a defining factor. Most people have the impression it rains all the time in Seattle, a reputation that lends itself to the states description as the Evergreen State. But not all the water is falling from the sky.

Puget Sound is a dominant ecosystem in the state and stretches more than 100 miles from the Strait of Juan de Fuca in the North to Olympia, the state's capital, in the South. The Strait connects the inland waters with the bounty of the Pacific Ocean, allowing Washington to boasts 3026 miles of shoreline. Most photo opportunities can be found without even stepping foot on a boat. The beaches of Washington state offer opportunities for finding tidepools ripe with life and color as well as classic shots across the waves toward the setting sun (yes, the sun really does come out in Washington). 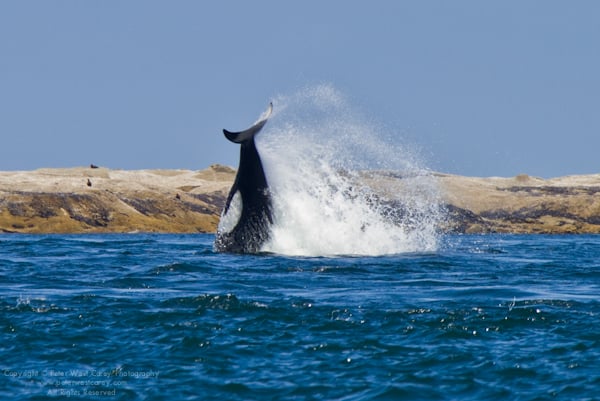 Orcas, gray whales, harbor seals, sea lions and osprey are just a slice of the wildlife you may find while out on the waves. The Washington State Ferries are an excellent, and easy, way to get out on the water if you lack your own vessel. Harbor tours and international sailings to Victoria, Canada also offer a chance to view the state from one of its most important assets: water.

Two major mountain chains dominate Washington's topography, geology and climatology. The Cascade Mountains run the length of the state, continuing into British Columbia and Oregon. The Olympic Mountains are a singular oasis towering above the Olympic Peninsula. Both mountain ranges are responsible for the weather found in the state and both offer unique shooting opportunities. 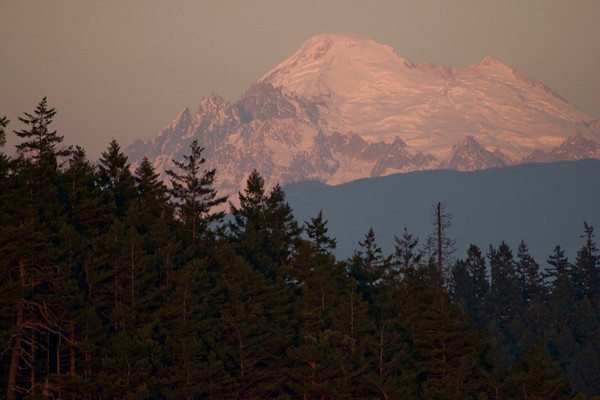 The Cascades are so named for the abundant water flowing down their flanks. With some of the highest snowfall recorded in the USA found in this range, rivers and waterfalls dig deep valleys forested thick with cedars, fir and hemlock trees. Photographic vistas abound with some easier peaks reached in only two hours of hiking. In the winter, the snowy landscape softens the eye and lends itself well to winter sports and shooting opportunities.

The Olympic Mountains are deeper than they seem. Carved on all sides by ample rainfall, including the continental USA's only temperate rain forest, the Olympics offer a lushness sure to make any wildlife and landscape photographer fall in love. The Olympics also lay claim to the quietest place on Earth, located up the Hoh River Valley Trail on the way to Mt. Olympus, a peak not often photographed because of its remoteness. 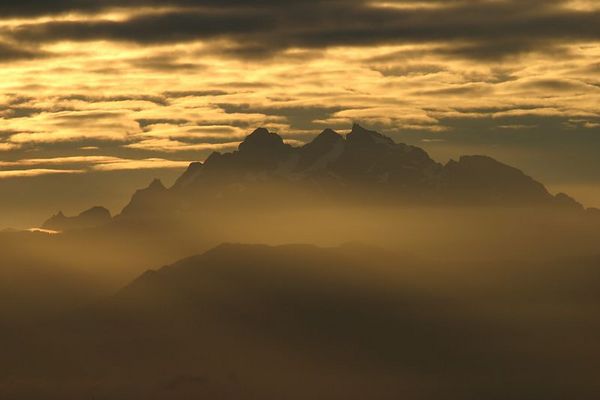 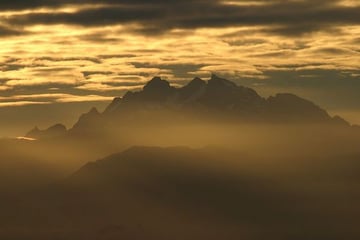 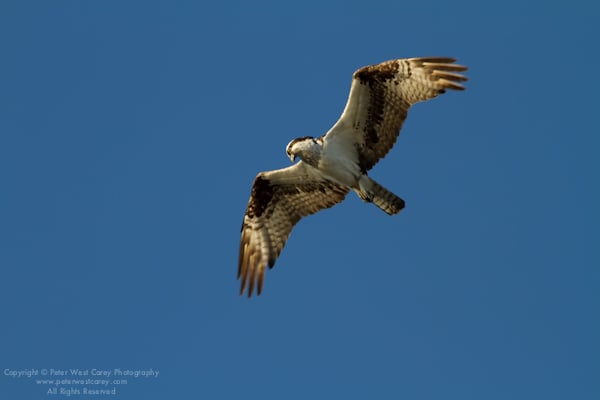 Wildlife (including birds (both migratory and resident), elk, grizzly and black bears, cougars/mountain lions, mountain goats, marmots, deer and rivers often running deep with spawning salmon and trout) makes for a number of shooting opportunities. In the fall, patchworks of deciduous trees blaze the mountain flanks with their annual celebration while Spring run off swells waterfalls to impressive size.

Let's say food is your thing. While Washington does not boast bananas and oranges, the state's crop has diversified to provide everything from its celebrated apples to world class wine grapes. In the valleys leading away from Puget Sound and into the mountains, small farm agriculture still abounds, even against the push of urbanization. These farms are in touch with the communities around them and provide a higher variety of fruit, vegetables and meat than the larger farms of the Midwest.

Summer and Fall are the best times to shoot growth at its peak. Lushes berries and colorful veggies dot the valleys of Skagit, Whatcom and Pierce county, to name a few. In Spring. another side of the farming industry comes to life: flowers. In the Skagit Valley the roads are packed with gawkers lining up witness the splendor of acres upon acres of tulips in bloom. That area boasts one of the largest tulip bulb growing operations outside of Holland and the small town of LaConner welcomes guests for a quick stop or a full weekend of wandering. 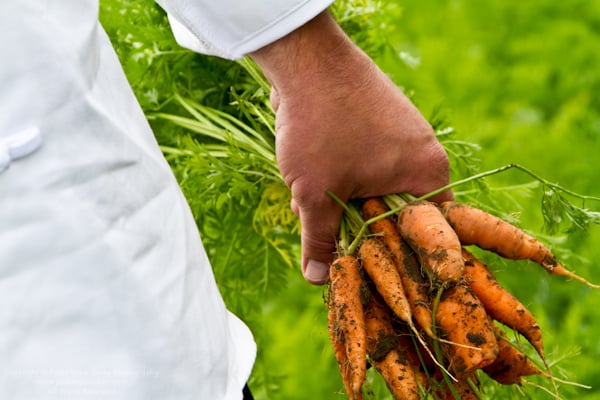 On the East side of the mountains, the mighty Columbia River rolls out of the snowy Cascade Mountains in Canada and provides the irrigation to grow apples, potatoes, wine grapes and a bounty of other edibles. In the Spring there are a number of blossom festivals in towns such as Chelan, Wenatchee and Yakima to welcome the new growth that will soon lead to harvest.

Photographically speaking, visiting National Parks in the USA is sure to offer a plethora of shooting opportunities and the three main National Parks in Washington state do not disappoint. Mt. Rainier, Olympic and North Cascade National Parks all center around the common theme of mountains.

As viewed from Seattle, Mt. Rainier is an imposing sentinel standing stoic and a mile higher than any close neighbor. The park not only offers close up views of the mountain from various angles, it also surrounds lesser known, but still photogenic peaks. In late Spring and Summer, wild flowers color the hill sides; some within easy walking distance from parking lots at Sunrise and Paradise, and some a bit further afield. For the adventurous, a 70+ mile trail rings the mountain, named the Wonderland Trail, and offers every changing views of this majestic beauty. 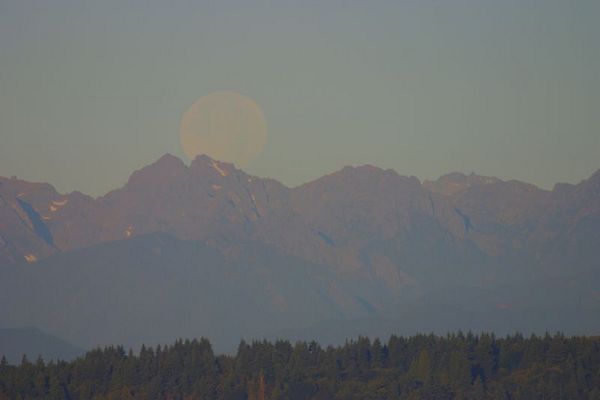 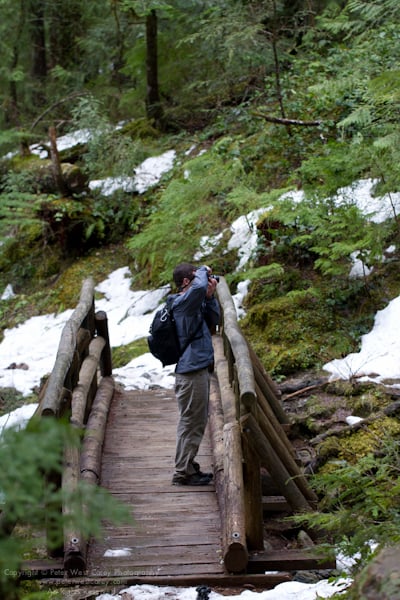 Olympic National Park dominates the peninsula on which it sits. Beyond the mountains, there is also a stretch of Pacific coastline protected by the park's boundary. This wide range of climates, from glaciated peaks, through rain forests averaging 12 feet of rainfall annually, to pristine rock and sand beaches, makes the park a long term photographic delight. Olympic National Park also contains the site of the quietest spot in the USA, known as the One Square Inch Of Silence project.

North Cascades National Park is a treat for mountain lovers because you can get right up close and personal with a variety of spires without leaving the road. While the main road through the park is closed in the winter due to heavy snowfall, the sharp peaks cut imposing figures along Highway 20 all summer long. Fall affords golden hillsides mixed with rock to paint a worthwhile trip to one of the few US National Parks to border Canada.

Washington has more icons than first meets the eye. Photographing all of them will take you from one side of the state to the other, from Canada in the North to the border with Oregon in the South. These classics include:

The color and pageantry of festivals in Washington state can make your photography trip an instant success. Seafair is the prime summer event, beginning with the arrival of the Bumbershoot (jargon for 'umbrella')  and occurring over Labor Day weekend, is a lively arts and music festival held at the original site of the 1962 Worlds Fair at Seattle Center. The 4th of July is classic Americana often offers two firework displays over Lake Union and Elliot Bay in Seattle. Spokane has hosted its own torchlight parade during the past 70 years of the Lilac Festival, held to celebrate the Spring abundance in the hills around the city. Smaller town-specific festivals and parades bring color and flavor outside of the metropolis areas. 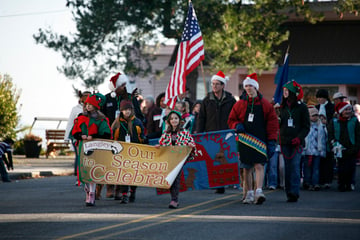 Washington state contains over 200 islands, many of which are near the Canadian border in the San Juan Archipelago. Island life in Washington is at a slower pace with smaller towns and a seaside flare. 'Quaint' is bantered around often and as overused is that word tends to be, it fits many of the towns. Washington also contains the longest island in the Lower 48; Whidbey Island, my island of residence. Public beaches and sea life are plentiful as well as bald eagles, osprey and herons, to name a few of the birds frequenting the area. 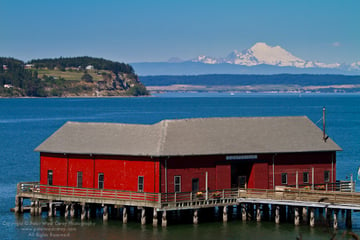 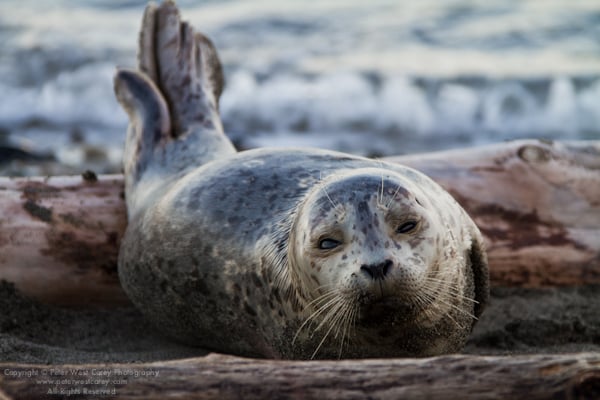 While Washington state might not contain the plethora of lighthouses found in some of the more rocky reaches of East Coast states such as Maine, there are still 27 numbered lighthouses along the coasts and offshore islands. The settings vary from the lone placement of a light on Destruction Island (if ever there was an aptly named island requiring a light, this would be it) on the Pacific Coast to the picturesque Admiralty Head lighthouse at Fort Casey State Park, keeping watch over all commercial and luxury traffic entering Puget Sound.

Shooting the lighthouses of Washington typically presents no drastic arrangement as all but a few are within walking distance to parking lots. Backdrops of the Columbia River and waterways around Seattle make shooting easy, especially at sunset when the white facades are colored orange and the seas are calm. 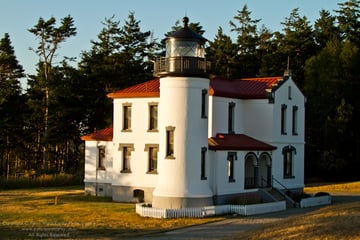 If you have ever visited Washington state, please share you images with us by posting links in the comments. Washington is a truly beautiful landscape offer a stunning variety of subjects. If you like the images in this tutorial, many it's time to schedule a vacation.