Medium format cameras, toy cameras like the Holga and Diana, and smartphone apps like Instagr.am are making the square format more popular than ever. In the digital age, the square format like film photography, certainly isn't dead.

Square format cameras have been around a long time. The first one was introduced by Rollei in 1929. The reason that it used the square format is probably more to do with the twin lens design than anything else – to take a photo you look through a magnifier at a focusing screen on top of the camera. The inconvenience of turning the camera on its side meant that is could really only be used in the upright position. Rollei cameras were used by photographers like Richard Avedon, Irving Penn and Robert Doisneau. Diane Arbus used a Mamiya twin lens reflex camera. All these photographers used the square format. 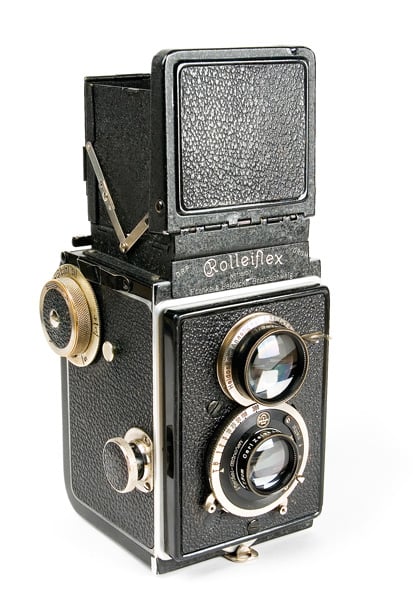 Hasselblad made the 1600F – a square medium format camera – in 1948, and stuck with the square format in their rollfilm cameras up until the release of their H-System digital cameras in 2002. Hasselblad film cameras had a reputation for quality and were the camera system of choice for many professional studio photographers up until about decade ago. One reason for their popularity, apart from the quality, was the convenience of the square format. You could take a photo, such as a portrait, leave some empty space around it and then it could be cropped afterwards to fit the space for which it was intended.

Getting the Most Out of the Lens

There's another practical reason that makes the square format attractive. Camera lenses cast a circle of light – called an image circle – over the sensor or negative. A rectangular sensor or negative doesn't make full use of the image circle, there is always some wasted space. The square format, on the other hand, makes much better use of the image circle. Strangely, the circle would be best used by a circular sensor or film, but to my knowledge one has never been produced. 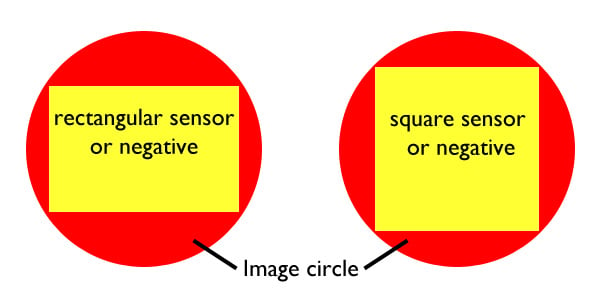 There are four main ways that to explore the square format:

1. Use a medium format film camera like a Rolleiflex, Mamiya or Hasselblad. You can either print the negatives in a darkroom or scan them with a high quality flatbed scanner allowing you can work on them in Photoshop. Many photographers that develop and/or print their own images work with black and white film, which is far easier than color to develop at home.

2. Use a toy film camera like a Holga or Diana. Again, you can print or scan the images. There are also some unusual older cameras around that use the square format – such as the Robot Star cameras that create a 24mmm by 24mm negative on 35mm film.

3. Use a cameraphone and convert the photos to square format using an app such as Hipstamatic or Instagr.am.

4. Take a photo with digital compact, SLR or medium format camera and crop it to the square format in Photoshop. Some digital cameras let you take square images in Live View mode.

If your camera only takes rectangular photos you can experiment with the square format by cropping your images in Photoshop. There's a couple of approaches you could take here. One is to shoot specifically with the purpose of cropping to a square. The other is to go through your old images and see if any of them can be improved by cropping them to a square. I did this and it's amazing how many of my photos are improved. I see this as part of the simplification process. When you crop from a 35mm frame to a square, you are discarding a third of the photo. The strongest two-thirds are left, and the image is sometimes stronger as a result.

The above photo is an example of that process. An advantage of using a 35mm digital camera is that you can crop your images to a square when you want, but you don't lose the use of the full 35mm frame. So here, I can use either the rectangular or the square format of the photo, whichever is best for the purpose I have in mind.

In these days of near infinite choice when it comes to aspect ratio (after all, if you use a digital camera it's easy to crop your images to any dimension you like) why would anyone use the square format? 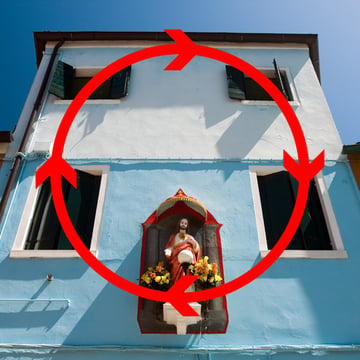 One of the main attractions of the square format is composition. There is something different about a square – square photos have a certain beauty to the design that rectangular images lack. The viewers eye moves around the image in a circle, rather than from side to side (or up and down). There's less wasted space around the subject. You can place the subject in the centre of the frame and it just looks right.

The square format seems to work best with subjects like portraiture, the nude, landscape, still life, architecture, details and abstracts. These are all artistic subjects – which is perhaps why the square format is popular with fine art photographers.

What it comes down to for most photographers, I'm sure, is that experimenting with the square format is fun. You get to create some good images and the lessons you learn about composition will help you out when you take photos in rectangular formats.

One of the problems posed by the 3:2 aspect ratio of 35mm digital SLRs is the length of the rectangle. Turn your camera on its side to take a vertical image and you'll see what I mean, especially if the subject is a landscape. It can be quite hard to fill the frame without leaving empty space at the top or bottom. That's one reason why photographers use medium format or large format cameras, and why the micro four-thirds format appeals to some photographers. The 'shorter rectangle' is easier to fill. The square format is what you get when you truncate the rectangle completely.

This is a good example of a photo that becomes stronger cropped to the square format. The compositional problem that I had to solve when I took this photo was what to do with all the empty space around the statue? My first thought was that it could be quite effective as a framing device. But now I think that there is just too much empty space around the statue, and that it benefits from cropping to a square. The statue is larger within the frame and the eye can take in the details of the statue rather than go on a somewhat wasted journey around the edges of the frame (there is nothing interesting to see there).

I’m sure there will be some people who prefer the original version to the cropped one. That’s part of the fun of photography. There are no set rules, there is usually more than one way of doing things, and we all have different opinions about the effectiveness of certain techniques or ideas.

How many shapes can you see in these images? Whether it’s circles, squares, rectangles or triangles, the technique of composing using geometric shapes within the square format is very powerful. The square format lends itself better to this type of composition than any rectangular aspect ratio. Shapes become stronger in black and white photos as there is no distraction of colour. Shapes are also simple – note the simplicity of design in these images.

Unlike a rectangle, a square image has a natural sense of balance. A square is a very solid shape, especially compared to an upright rectangle – it can't fall over. 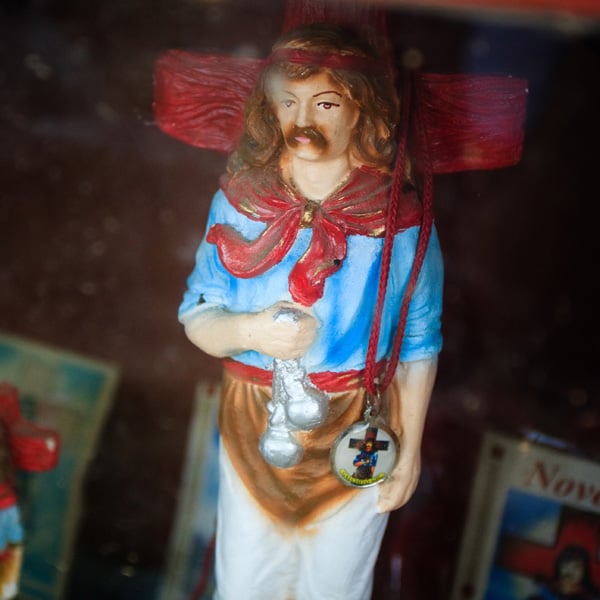 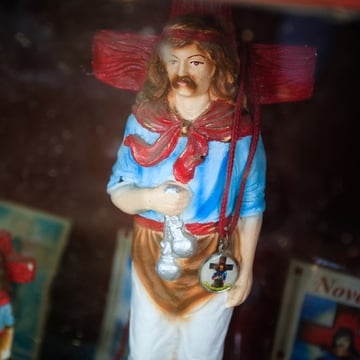 In other words, it’s a rule designed to be applied within the 35mm frame. Don’t try and use it within other formats – you’ll only end up with a result that looks forced or formulaic. Instead, concentrate on the balance within the image. How do all the elements work together, and with the negative space surrounding them? As the photo above, and some of the others I've used here show, central compositions work well in the square format.

One of the strengths of the square format is that it’s quite easy to use the space within the frame well. It’s open to experimentation – you can place the subject in various positions within the frame to find the most effective. Especially if you’re cropping from a 35mm photo within Lightroom or Photoshop – you’ll have some leeway to place the subject within different parts of the frame, and see what works best.

Just in case you need some inspiration – here are some of my favourite square images. Each of these started as a rectangular photo that I cropped to a square in Photoshop: 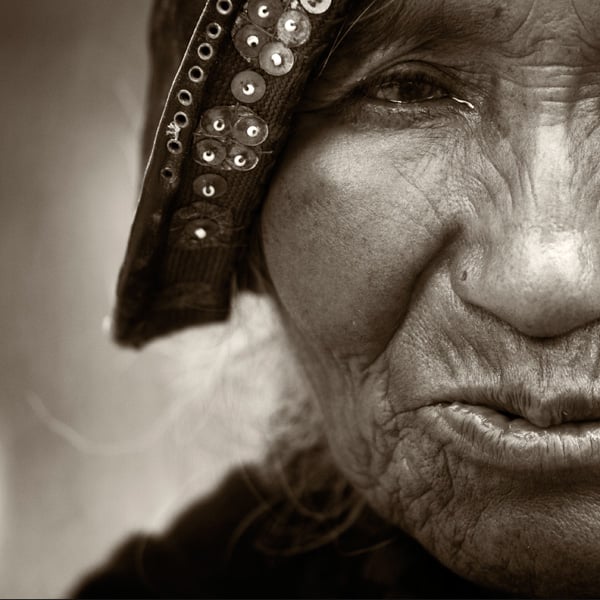 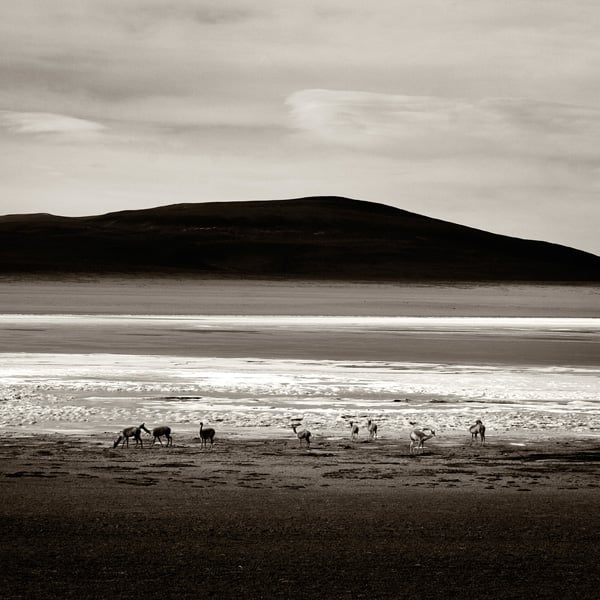 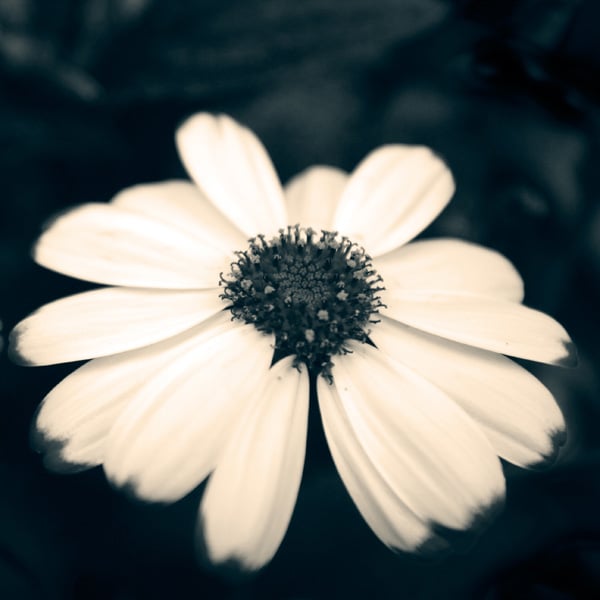 I also like putting images together to create diptyches and triptyches: 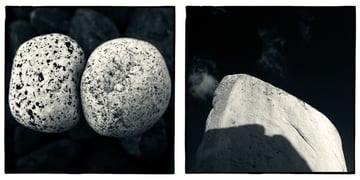 TheoryCompositionAdobe Photoshop
Did you find this post useful?
Yes No
Would you like to provide feedback (optional)?
Cancel Submit
Want a weekly email summary?
Subscribe below and we’ll send you a weekly email summary of all new Photo & Video tutorials. Never miss out on learning about the next big thing.
Sign up