Germany has Leica, Zeiss, Voiglander and Rollei. Sweden has Hasselblad. Japan has Canon, Nikon, Pentax, Sony and Olympus. If you're a photographer, you know these brands. You probably own cameras and lenses made by one or more of these companies. But there is a dark horse in the camera world, Russian and former Soviet countries also produced some great cameras, and some still do. It's an intriguing story and a branch of photography that can yield some incredible value.

In this tutorial, I'll present a brief history of Russian cameras, cover many of the major brands that are available, and talk about some of the great lenses that were made for these cameras!

Every few weeks, we revisit some of our reader's favorite posts from throughout the history of the site. This tutorial was first published in September of 2010.

The following image was made with a Zorki 4K. We'll get to it, don't worry! 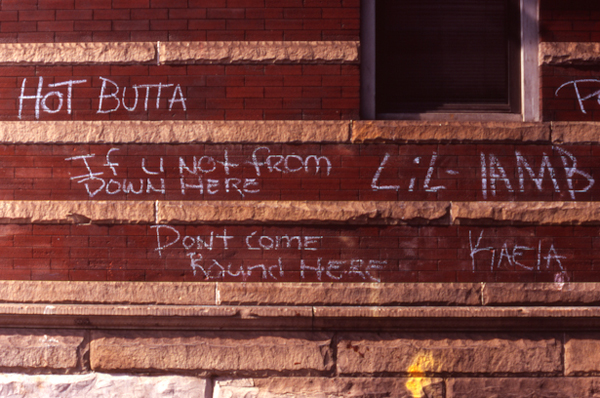 First, let me say that “Russian" is a catch all term for a variety cameras that were produced in Russia and the USSR, and then in the former Soviet states after 1991 when the USSR collapsed. I use the term “Russian" out of convenience, and I don't want it to imply anything too specific.

That being said, the vast majority of the Russian camera industry came into being after World War II. Germany, a camera-making powerhouse, was split into sections. One of these was controlled by Russia. Also many German companies were forced to give up their patents and designs. So companies in Russia started producing copies or similar cameras and lenses to the famous German models. Some of these were great, others suffered from poor quality control.

The first thing you'll notice about Russian cameras, and the thing that initially draws most people to them, is the price. They are incredibly affordable. A Leica from the 1960s might cost you $600, a Zorki or Fed from the same period might cost $60. The same principle applies to the lenses.

Initially I just wanted to get a rangefinder camera. At the time, Leica, Contax, Zeiss, and even new Voigtlander cameras, were just too expensive. After browsing the internet, I stumbled across a huge number of cameras that I'd never even heard of. Thus began my journey. If you've read my previous tutorials, you'll know that I'm always looking for a deal. And let me tell you, dollar for dollar, some Russian cameras are the best in the world. The following image was made with a Lomo LC-A. 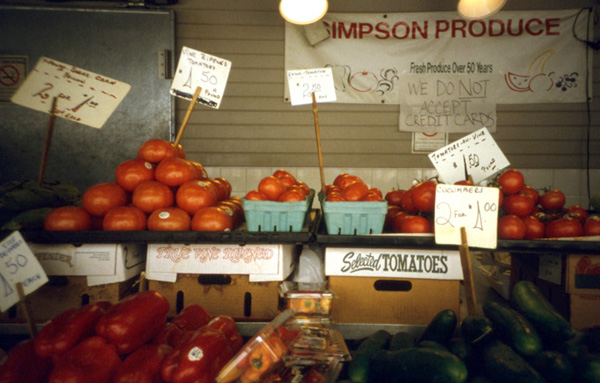 There are many brands and types of Russian cameras and lenses. For the record, these are film cameras. For those digital diehards out there, keep reading. Many people use Russian lenses with adapters on their digital cameras for their value and unique look. I'll be covering brands in this tutorial to give you a tour of what's our there.

Keep in mind that brands are different than companies. Several of the brands below are produced by the same company. Sometimes a single company produces a single brand. But that's just something to keep in mind.

What's important is that every major type of camera was produced in some form by a Russian company. If you're looking for rangefinders, SLRs, modular medium format SLRs, folding cameras or TLR camera, they're all here.

Zenit is a 35mm SLR camera brand that most people have heard of. The Zenit was created by KMZ, which produced many different brands that I'll be describing here. The brand was then produced by BelOMO. Information about the brand's current status is hard to find in English, but it looks like they can still be purchased new from several websites.

The old Zenits have a strong legacy of being extremely heavy and extremely simply built. People say Russian manufacturing puts a large emphasis on easy repair rather than initial quality. I cannot speak for this personally, but in my research, I can say that the reliability of certain cameras is always a concern. Zenits can be found in many varieties, but the Zenit-E is one of the most famous with over 12 million being produced. Later Zenits used the Pentax-K mount for their lenses.

The Zorki, specifically the 4K model, is my favorite Russian camera. It's classic design and apparently great reliability make it a winner in my book. Zorki cameras were also produced by KMZ and were initially direct copies of the Leica II, due to the World War II situations I discussed earlier. But Zorki did go on to develop it's own unique variations.

Like the Leica, they are rangefinder cameras. The original Zenit SLRs were just hacked Zorki cameras. Zorki is no longer produced, but models can be purchased online for as little as $30. They make a very unique sound when shot due to the rubber shutter, most cameras from this era had cloth shutters.

The FED is also a rangefinder and again started out as a straight Leica II copy. But FED was its own company and did produce cameras before World War II. The history of the company is very interesting. It was based in modern-day Ukraine and, in the 1930s, even produced limited-edition cameras for Stalin's secret police.

The FED and the Zorki both use the the M39 lens mount - also known as the Leica Thread Mount or LTM. In theory, early screwmount Leica cameras and the FED and Zorki could also use the same lenses. I say in theory because the quality control on the Russian cameras and lens were often so low that things didn't always fit together in the same way.

The Moskva was a KMZ camera as well. It is very different from the previous cameras because it shoots medium format film and uses the very early technology of bellows. This type of camera is a very enjoyable way to shoot medium format film. Many of the Moskva models have rangefinders and can shoot 6x9 cm negatives. This type of “folder" camera was produced by most camera companies at one stage, including the famous Zeiss Nettar and Kodak Autographic.

The biggest concern with these cameras is the bellows. Bellows are fragile no matter who made them. Heat, humidity and prolonged use just wear them out. You can check bellows with a flash light in a dark room to see if they have any holes or wears.

The Moskva is a very portable and easy to use, and some film shot in a 6x9 cm format can beat the resolution of many modern digital cameras. The folding camera format is my favorite way to shoot medium format.

The Horizon camera is one of the few film cameras that does something digital cameras can only imitate, and they imitate it poorly. The Horizon is a swing-lens camera that has had many different models produced. It produces long, panoramic images by using a lens that moves and pans the scene. The results can be stunning.

There are over 120 versions of this camera, but KMZ still produces a couple of models. In the U.S., they are available as the Horizon Kompakt and the Horizon Perfekt. Older models were made of metal and had the same manufacturing qualities as other Russian cameras (emphasis on simplicity rather than quality). The current models are plastic, but seem to be more reliable. 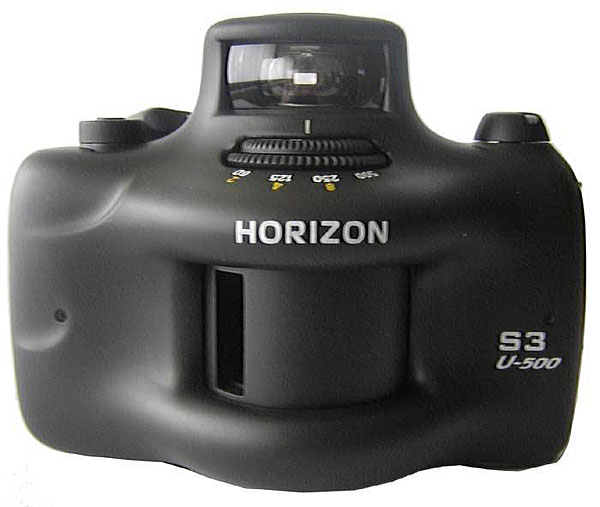 The Lomo company has enjoyed a recent surge in popularity due to the Lomographic Society, which sells a wide variety of cameras from all over the world. The original Lomo company is still in existence in St. Petersburg, but most produces military and medical optical equipment.

In my opinion, the LC-A is fun, rugged and unique camera. The Lubitel is capable of very professional results, but a mainly plastic construction is worrisome. 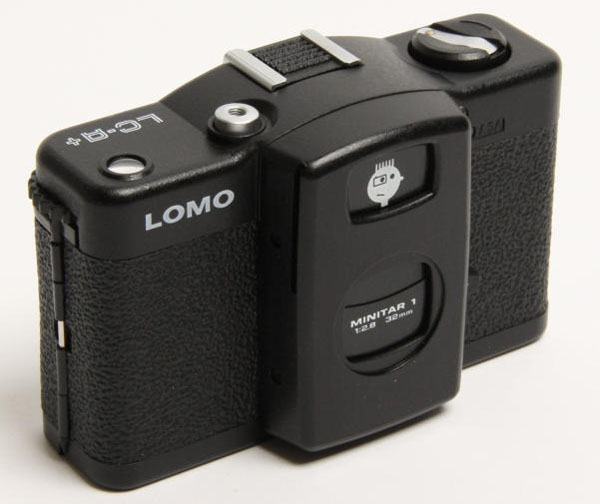 The Kiev brand of cameras is produced by the Arsenal Factory in Kiev, Ukraine. The factory was in business for 245 years, before it quietly closed in 2008. Cameras and lenses are still being sold through old distributor, but apparently these sales are coming from stockpiles instead of newly manufactured products.

There are three important Kiev cameras. First, the Kiev 88 is a medium format modular SLR modeled after the early Hasselblad. The Kiev 60 is also a medium format SLR, but looks like a big traditional SLR with a fixed back. Finally, the Kiev 4 is a 35mm rangefinder, but it's a Contax copy rather than a Leica copy.

Kiev also produced a number of other 35mm SLRs and rangefinders. The Kiev 88 especially suffers from reports of horrible quality control, and is often sold pre-refurbished by companies for around $500 USD. It has been said that Kiev cameras are "pre-assembled kits" requiring a lot of work - not out-of-the-box consumer products like we're used to.

There are more Russian lenses out there than one could ever possibly use. Almost every Russian camera company also produced it's own lens brand. While these lenses are used by film enthusiasts, they are also purchased and mounted to digital SLRs using adapters. The cheap cost and sometime fantastic quality of the lenses makes them a great alternative to spending hundreds on expensive new lenses.

KMZ produced Jupiter lenses for their rangefinders, and the famous 50mm f/2 Jupiter 8. They also produced Helios lenses for the Zenit, and the incredible Helios 40 85mm f/1.5. FED produced Industar lenses. The Industar 22/50 is a collapsible lens that holds it own against rivals of the same period.

Finally, Arsat lenses are produced by Kiev and their 35mm f/2.8 Tilt-Shift lens is an extremely inexpensive alternative to modern tilt-shift lenses. The following image was made with an Industar: 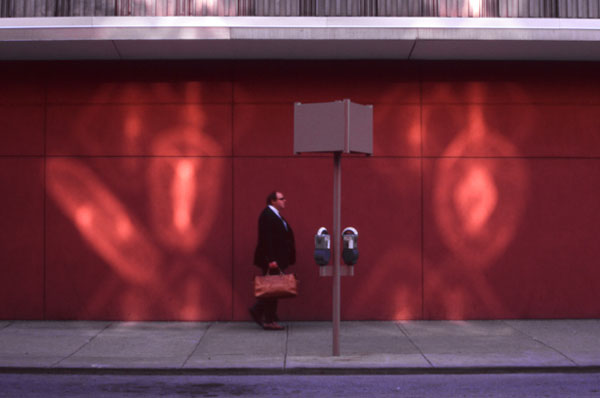 I hope you've heard something today that is new to you. But as someone who loves Russian cameras, I'd like to ask that don't tell your friends about them! I don't want them all going online and driving the prices up...

Russian cameras were produced by companies with a very different set of priorities than most current camera manufacturers. When you find one that works, which happens more often than you think, it will work forever.

Even if you've abandoned film for digital, the lenses are incredible deals and, in the Russian tradition, you can take them apart and fix them yourself if you ever have a problem. Try doing that with your image stabilized 70-200mm f/2.8 lens!