A Photographer's Guide to Visiting Nepal

Nepal is a country wrapping in mystique for many. The home of the highest mountain in the world and a civilization known for living in the harsh conditions of the Himalayas, Nepal has much to offer the photographic traveler. Lush jungles cover areas of Southern Nepal which is the location of the birth place of Buddha, founder of one of the oldest religions in the world still practiced today. To the East travel becomes more rugged as compared to the more arid regions of the West. 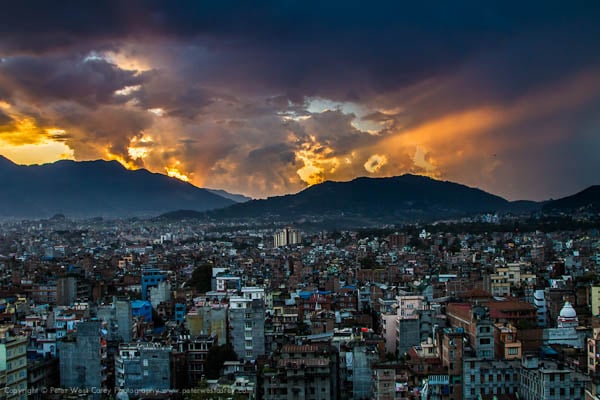 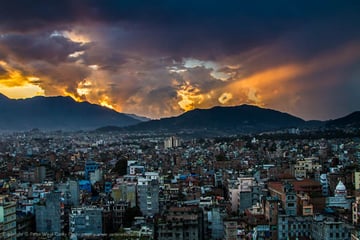 Photography in Nepal is often a once in a lifetime event for most and it is my intent to give you a head start in planning such a trip with this article. I have traveled in Nepal three times in recent years and have only scratched the surface of all the exotic and varied subjects to photograph.

For the rest of the country, I have done my own research, leaning on fellow photographers' and travelers' information to come up with the information you will find below. I hope it is of value to you when planning your own trip. I will start with some general travel tips followed by more specific tips for what to shoot while in the country.

One of the most important aspects of traveling in Nepal is to remember to be patient. Nepal runs on its own time and if you are coming from a Western country that is accustomed to flights leaving on time and buses sticking to their listed schedule, you may become frustrated with the way things work in Nepal. 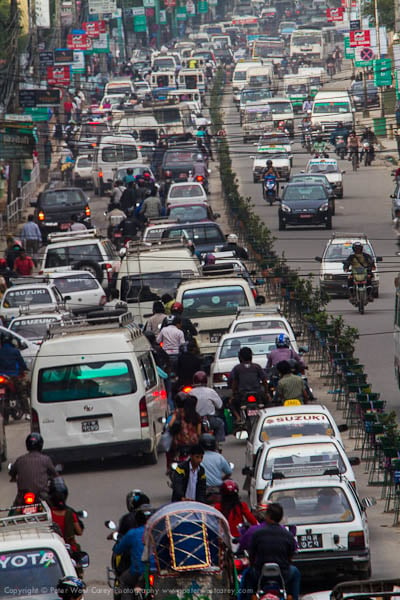 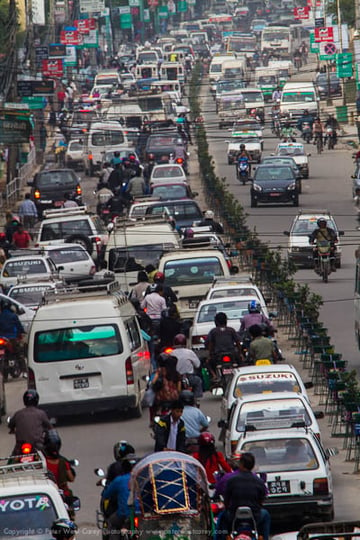 Each region has its own name for this custom and those who live in Nepal are often perplexed why foreigners get upset when locals arrive 'on time' according to 'Sherpa-time,' for instance. Areas more accustom to outside travelers understand better that dinner at 6pm, actually means dinner at 6pm and not sometime between 6pm and 6:45pm. Otherwise, make sure to pad your appointment and meal times accordingly and learn to go with the flow. Travel is easier when you accept the way locals prefer to operate.

Travel outside of the area around Kathmandu often means travel in more rural regions. Most of the country is rural and that brings about its own set of challenges for a traveler. The most important way to be prepared is to ensure you have all needed medication with you. Outside of Kathmandu, pharmacies will not have all the prescription drugs you may need.

Also, as with travel in any developing country, be sure to bring something to help with travelers' diarrhea. While it is far from guaranteed, nothing puts a kink in travel plans more than the need to remain near a bathroom for a couple of days. In rural areas, western toilets are few and far in between and it's a good idea to carry your own toilet paper unless you will be staying in modern accommodations. 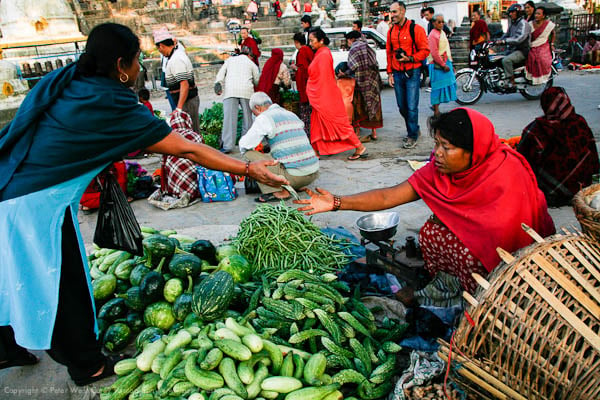 ATMs are plentiful in Kathmandu and other cities and accept most international cards. Otherwise, banks are available to change money as well as independent money changers. You will find the money changers in the touristy areas of Kathmandu and they almost always have the daily exchange rate listed outside for easy shopping.

Bringing large quantity bills, such as a $100USD bill, can often fetch a slightly better exchange rate with some negotiating skills. Make sure bills are crisp or you may risk them being rejected. Traveler's checks are also accepted at most money changers but there is paper work that needs to be filled out and little chance of negotiating a better rate.

Calling home is easy as there are plentiful independent phone booth operators, especially in rural areas where most citizens won't have a phone in their home. You will find these labeled as STD/ISD which means the business offers calls locally and internationally. Prices are fairly reasonable to the USA and Europe.

Optionally, you may be able to purchase a cell phone for around $20USD and a SIM card ($5USD) and a supply of recharge cards to be used while in the country. I have found this to be a cheap option, especially during certain festivals when the cell phone companies run specials.

While the hospitality industry speaks a fair amount of English in country, it's best to learn a bit of Nepali to help get by outside of the main tourist areas. Each region will additionally have its own local language worth learning, but it is often hard to find instructional material in most countries for these lesser spoken languages.

Below I have listed some of the major subjects to shoot while visiting Nepal. This list is by no means exhaustive, as with any country, and you should feel free to research the area you will be visiting to find more specific suggestions. After the areas listed here, I am including a few links to useful material to help with additional planning.

Kathmandu is a hive of activity with nearly non-stop movement on the streets. Street photographers will be in photo heaven with the varied and interesting subjects to capture in this metropolis. It's worth the time to branch out of the normal tourist hubs in Thamel and Boudha to get a feel for life in the big city for locals. It's dusty, dirty, often smelly but always alive with action. 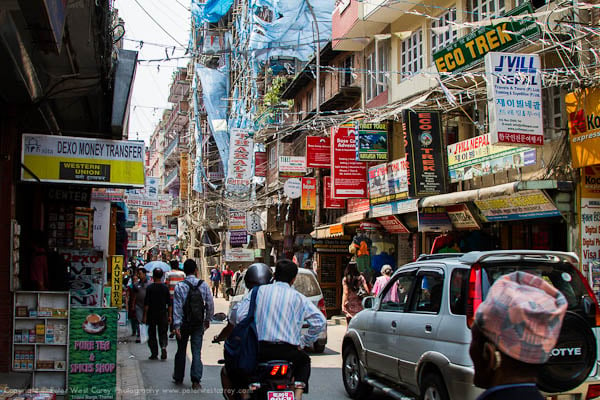 Swayambhunath Stupa is an excellent location to watch the sunrise over the city and capture panoramic shots of the sprawl. There is also a market at the base of the hill where the stupa sits that is excellent for daily life, including monks and nuns begging for daily alms. I find a walk to the stupa to watch the sunrise is a great way to get the know the city without the bustle found all day long. Before the sun comes up, Kathmandu is a calm, quite place, a scene you would never guess once the taxis start blaring their horns. 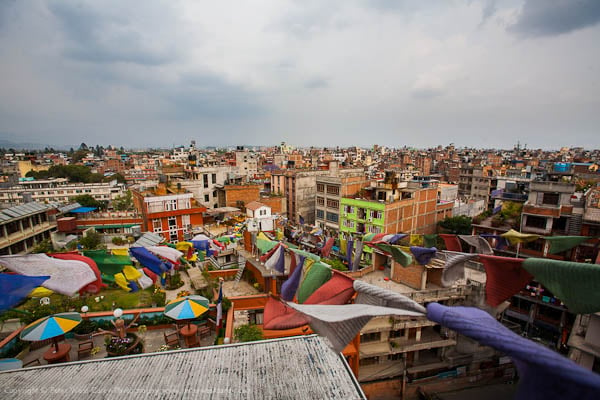 Nepal's two major religions, Buddhism and Hinduism, coexist in this country quite well, with temples and shrines often within view of each other. Both religions offer a look into Nepal's past through their storied temples, replete with intricate wall carvings and tales of major events. 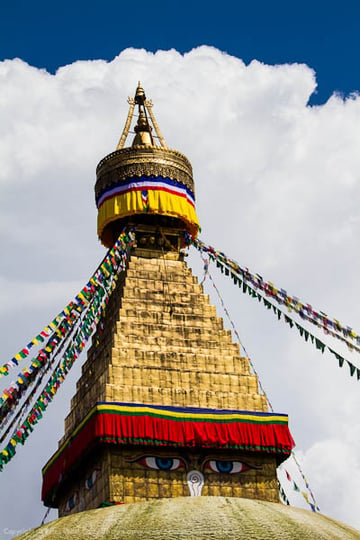 Be respectful when entering any religious building and ask permission to shoot photos. Sometimes it is allowed and some times it is forbidden. Shoes must often be removed and appropriate dress (no shorts or tank-tops in certain areas) must be worn. Most temples will have dim or diffused lighting, so be prepared to shoot with a higher ISO as a tripod will likely not be allowed. 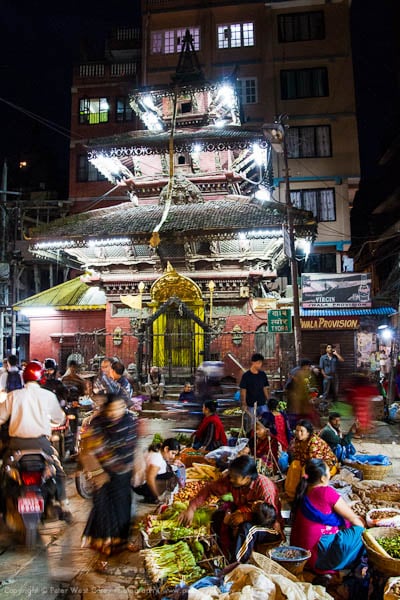 Speaking of religion, you will find it everywhere in the Nepali culture. From prayer flags flying between many buildings to cows (regarded as sacred by Hindus) roaming the streets unmolested to monks swathed in only deep maroon robes chatting on cell phones, the country embraces its two major (and many minor) religions as a daily way of life. And it shows. 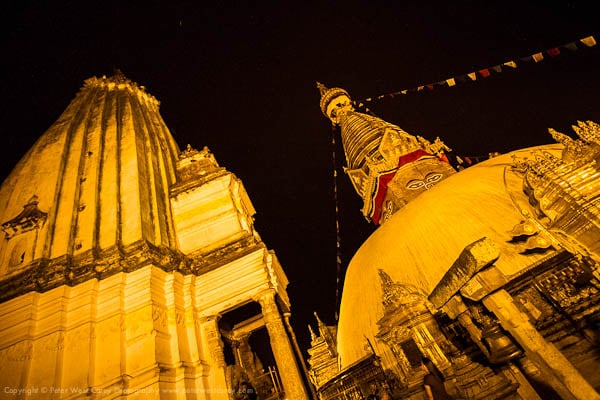 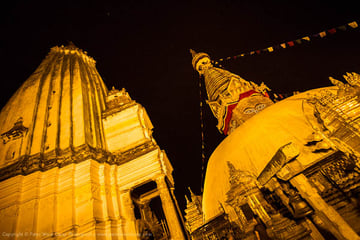 Be prepared to be overwhelmed at the number of devotional statues of Ganesha you find dotting the city, or Buddha reproductions in many forms. If this is not normal to you where you live, you will probably be amazed at how prevalent the public displays are, but pace yourself with your shooting. On the other hand, a study of the various forms of devotion you find in the streets will make for an excellent photo essay.

Chitwan is on my 'Must Do' list for a future visit as it seems so different than Kathmandu or the Northern reaches of the country. With lush jungles and wild rhinoceroses and tigers, the park has a number of concessionaires offering photo safaris into the park on the backs of elephants. As it is a jungle, observing the Golden Hour as a best time to shoot becomes more vital as the middle of the day can be sweltering with harsh, bleaching sun. 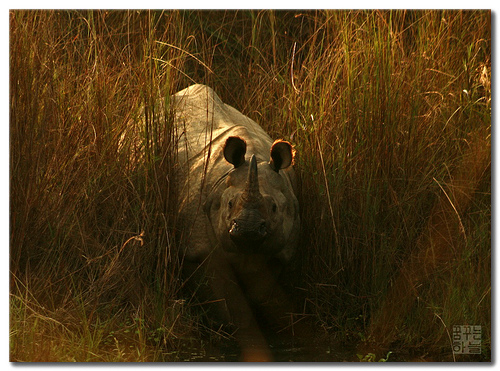 Many visitors' sole reason for visiting Nepal is to glimpse the tallest mountain in the world. While Mt. Everest is tall and majestic, you must be prepared for the other sights you will see on the way to this goal. Ama Dablam, Taboche, Cholatse and Kantaga, just to name a few. These peaks, while not claiming the title of 'Tallest' are equally as impressive, if not more so, and are easier to approach and shoot.

In this region, the light is almost always good. I know that sounds odd, for those used to harsh mid-day sun, but I have found when looking away from the sun, wide, scenic photos can still be taken. Some insist on bringing a polarizing filter but I have found it can be overbearing at times at that altitude.

Certainly rising early to capture the peaks as the sun hits them before the valleys is worth the effort and also suggests bringing along a graduated neutral density filter to help balance exposure.

Like the Everest region, the Annapurna Circuit's highlights are its mountains, glaciated and crisp against a deep blue sky. Again, a graduated neutral density filter is suggested for this region but be aware that unlike the Everest region, the trekking on the Annapurna Circuit starts out hot and sweaty. There is also more chance of being caught in a rainstorm so ensure your camera and backpack are well covered from the elements. 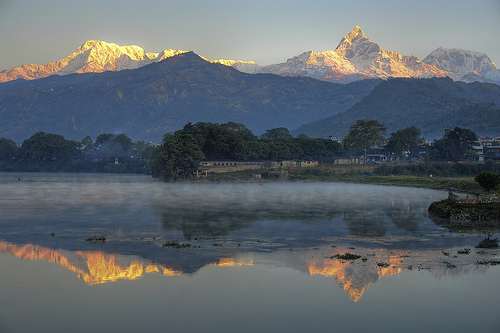 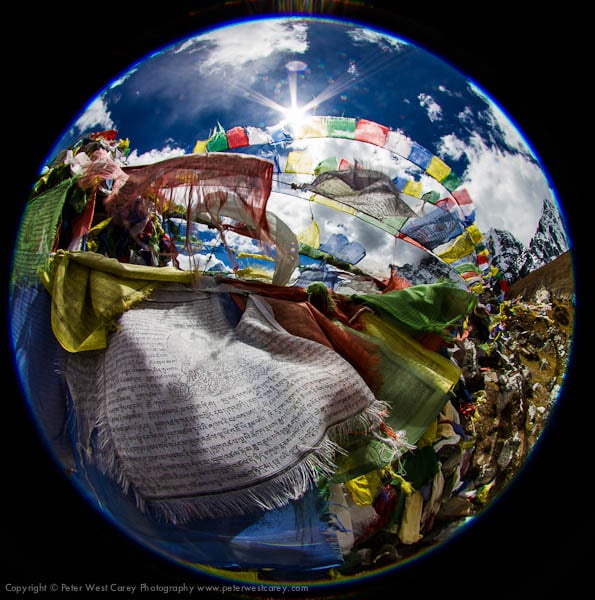 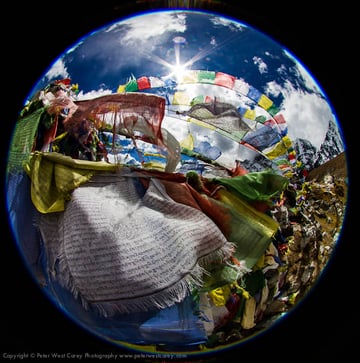 There's An App For That!

The Trek Nepal app is a great resource for those into the tech side of trekking, with popular routes and plethora of photos from past trekkers.

I have a lengthier post on my blog with over 20 bullet points of photography specific to the Everest Region if that is your destination.

No matter your destination in Nepal, the country has far more to offer than one article can contain. I wish you a safe and enjoyable journey.