A Photographic Guide to Capturing the Northern Lights

The Northern Lights have always been a point of fascination for me, a natural phenomenon that display the simple and mysterious beauty of the planet we live on. Whether you understand why it occurs or not, you cannot deny it's visual attraction and therefore it's photographic appeal.

However, the exploit of capturing it on camera comes with a series of difficulties and challenges that this tutorial will go someway to solving for you.

Just to give a bit of basic scientific background, the Northern Lights are an electrical phenomenon that occur due to particles that are emitted by the sun that react with the earths upper atmosphere and the solar winds. The aurora moves in eleven year cycles, the next of which will peak during 2013, so now is an extremely good time to try and catch a glimpse.

Our understanding of this solar activity is constantly improving and since the last peak in auroral activity, the technological development of camera equipment has been significant, as we've progressed from film to the use of digital sensors. This allows for far more proficient pictures to be taken, that not only offer realtime feedback, but also greater sensitivity and clarity. 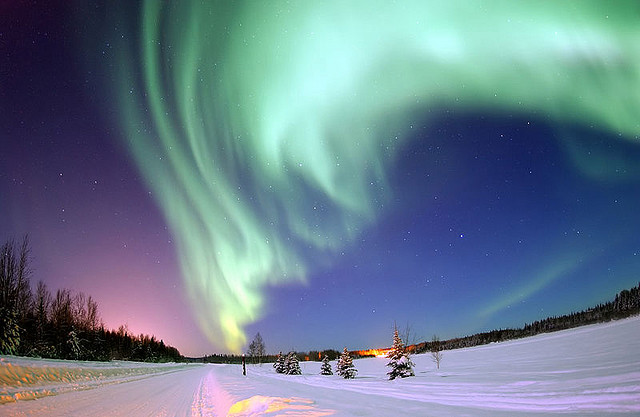 This is an absolutely vital part of attempting to capture the Northern Lights. The auroras are drawn to the magnetic poles and the north pole is the favored option for photographers, unless you feel inclined to visit the less habitable south pole anytime soon.

There are maps available detailing the solar winds and therefore where the Northern Lights are most likely to occur, from some quick research, some of the most popular locations are Central and Northern Alaska, Iceland, Yellowknife in Canada, Greenland, Northern Norway and Antarctica.

When considering where to set up for your shoot, it's a great idea to head out during the day to find a suitable viewpoint, there's no need to risk getting lost in the dark and the cold trying to find vantage points during the night. You'll want to find somewhere that has minimal light pollution, which will make for a clear and vibrant sky. It's also good to have a clear 360-degree view of the sky, however it's likely that the lights will appear in the north, unless your literally on top of the world.

It's All About the Timing

The weather can play a large part in your endeavors to capture the Northern Lights, so be sure to check in advance, as you'll need a clear sky. As far as knowing when the aurora will be on show, there are a number of websites, including spaceweather.com, which will advise on the current likelihood of seeing the Northern Lights based upon solar storm activity on the surface of the sun.

Studies show that most active times of year for the aurora are March/April and September/October, when the intensity of the lights will be at it's strongest, but that's not to say that you won't be able to get some great shots during the lower activity over the rest of the year.

As far as equipment is concerned, there isn't any requirement for particularly specialist gear, simply having the understanding of how to use it effectively. You're best off using a wide angle lens with a wider aperture, so you capture as much of the sky as possible in one shot.

A sturdy tripod is essential as you'll be working with long shutter speeds and a remote or cable release are also very useful to avoid camera shake. Batteries don't last very long in cold temperatures, so ensure that you have spares and it's also important to remove any filters that you have on your lens, as they'll affect the light coming into the camera and can cause disturbance in the shot.

For an eye catching Northern Lights shot, you need a wide aperture and a long shutter speed, so depending upon the capability of your lens, start with f/2.8 at around 15-20 seconds or f/4 at 30 seconds. Remember that as soon as you start shooting for longer than 30 seconds you'll start seeing star trails appearing in your shots, which you may feel adds to your shot, but may also distract the viewer from the amazing light on show!

You want to keep your shot nice and sharp, so aim to keep the ISO relatively low, around the 200 or 400 mark, which you can afford to do as you're controlling the amount of light through the shutter speed. I'd advise to always shoot in RAW, as it will allow for more extensive post options.

It will certainly be a case of shooting and adjusting as your results will depend upon the intensity of the available light. You may need to knock up or down a couple of stops, but use the histogram to check whether you're getting a balanced exposure rather than relying on your review screen as your eyes will have adjusted to the darkness and your judgement of a shot's exposure won't be correct.

Setting the LCD brightness to low can help your eyes adjust, as well as saving battery, but preserve the judgement of your shots for when you get home to a full size screen with ambient light.

The lack of available light and seemingly vague focal points will mean that even the smartest of cameras will struggle to autofocus on subject matter like the night sky. I'd recommend selecting a single focal point, preferably the centre, set to infinite focus and then adjust manually from there. This should give you the best chance of getting a clear and well focussed shot.

When working with such a vast and endless subject matter such as light and the night sky, it can be hard to give context to your shots, but using simple compositional techniques can really improve your shots. Having a foreground interest not only helps to set the scene but also adds a sense of scale to the shot.

Don't forget the rule of thirds. A silhouetted line of trees or mountain tops, a forest shack or a body of water will all help your audience engage with the shot and avoid it being vacant and out of context. 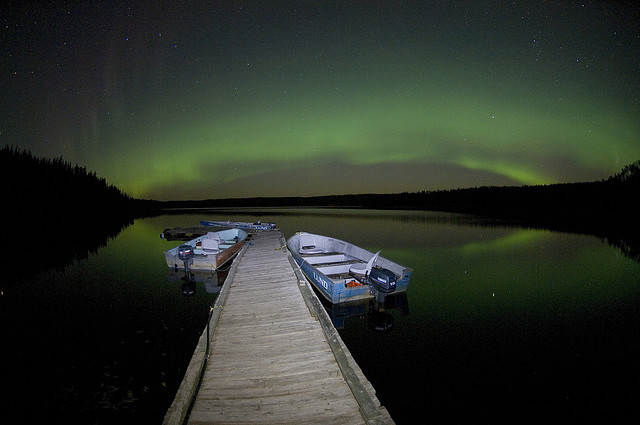 In some cases, the light reflected from the moon can be extremely welcome, it may well aid you in finding your location and will highlight potential foreground subject matter, especially if it in turn is reflecting from a snowy covered surface.

However, this extra light will also brighten the sky, in a similar way to light pollution, which may withdraw from the intensity of the light of the aurora, so be sure to check what the moon is up to and plan your trip accordingly. 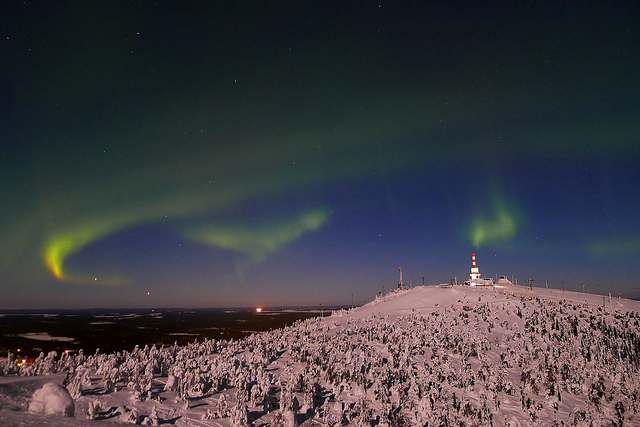 When working in this sort of extreme environment, in the cold and dark, it pays to be prepared. Dress for the cold, wearing many layers and a waterproof outer-layer and tough boots. A torch or flashlight is recommended, plus your preferred form of navigational equipment (GPS, map & compass).

If you can avoid it, don't go alone, always go as part of a group and tell a third party where you're going and what time you expect to be back. 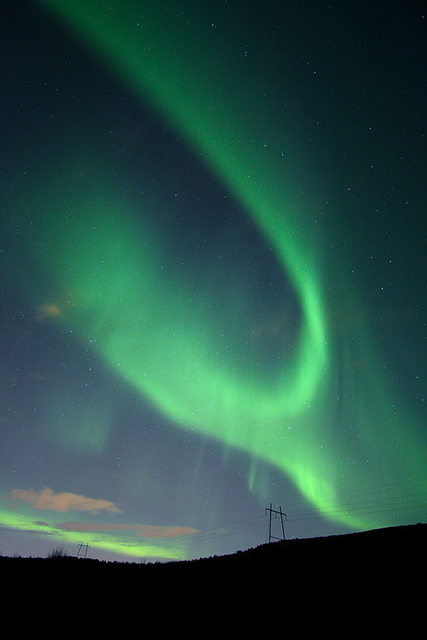 Try it for yourself

It's essential to know your subject and in this case, my very brief explanations are by no means substantial enough to understand why, when and where the auroras occur, so please spend time doing your own research before heading out.

Not only will it improve your chances of being in the right place at the right time, but will allow you to appreciate the behavior of the Northern Lights and give you the best chance to capture their stunning beauty.