An Introduction to Holga Photography

The Holga is a camera, first manufactured in China in 1981, made almost entirely of plastic, some even have plastic lenses. It was an invention intended for the Chinese consumer as a low-budget, everyday kind of camera for capturing family photos and portraits, but has since gathered a cult following.

The earliest models of the Holga camera used a 120 medium format film (a popular film format back then). It shot in 6x4.5 cm or 6x6 cm aspect ratios. They come with a different masks to shoot the different formats.

There's a red window on the back of the camera that allows you to see the frame number of the current exposure and aids you when advancing the film for the next frame. Later, 35mm and pinhole Holgas as well as many other camera variations were produced.

This is a simple, cheap camera with a plastic low-contrast lens that produced soft (often blurry) images with edge vignetting and uncontrollable light leaks. These were the very same aesthetics that sky-rocketed this camera's popularity.

It gained a huge following around the world. People started using it for everything from landscapes to still life to street photography and everything in between. 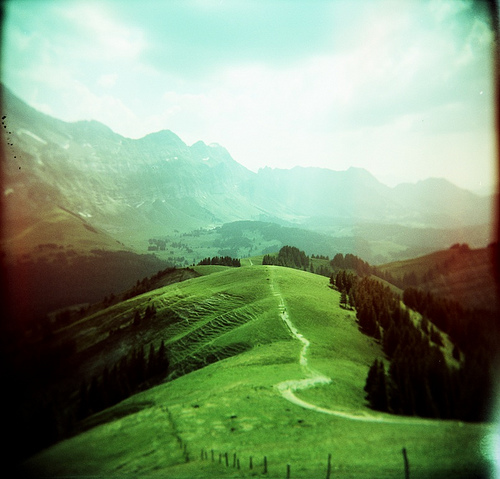 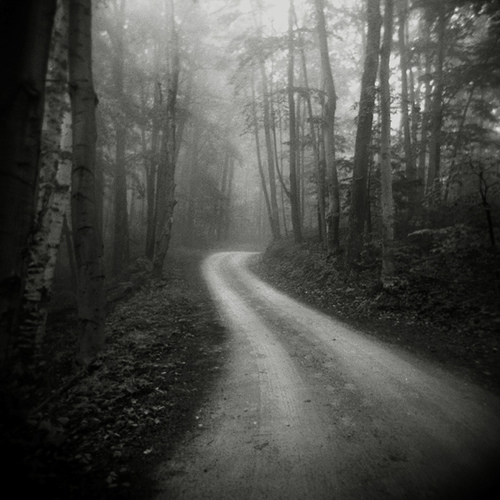 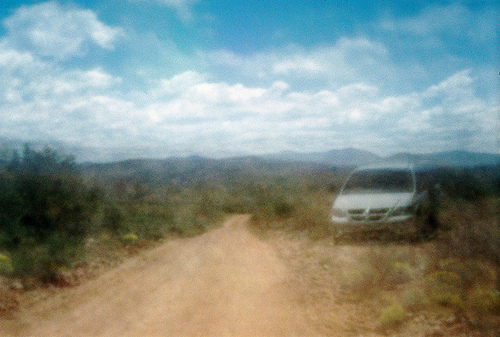 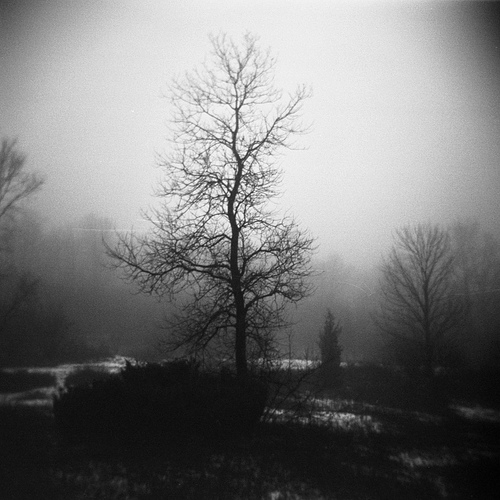 Most Holga cameras use a 60mm lens with two aperture settings (f/8 and f/11, the first identified as a sunny setting and the second as a cloudy setting), a switch to choose between the two, a fixed 1/100 shutter speed (approximately!).

The limited Holga settings, in comparison with today's cameras, put much of the flexibility and control in the film itself. By using different film speeds, you will be able to shoot in various conditions from sunny outdoors, to cloudy weather, to poor indoor lighting. 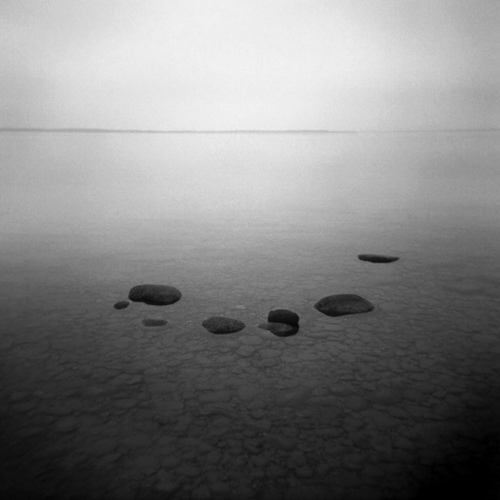 Photo by I, Timmy 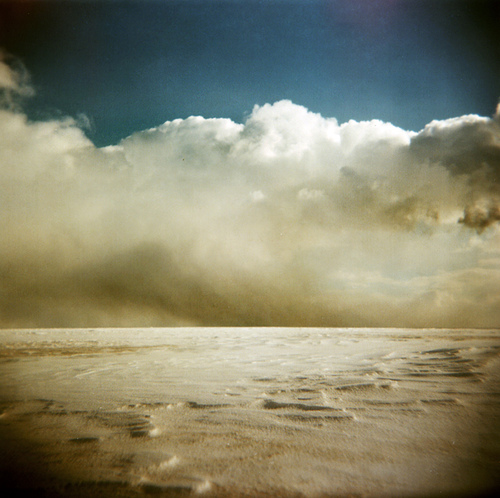 Since the original Holga model was produced, many variations of that model were manufactured each with its own set of added flexibility: a tripod mount, a built-in flash, a glass lens, a pinhole version, a 3D stereo version, a panoramic version, a TLR (twin lens reflex version), and many more. 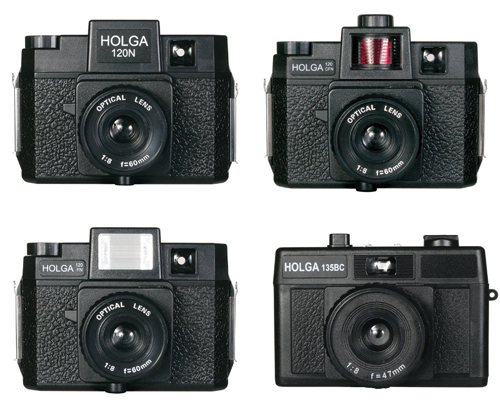 Using 35mm film with your 120 film Holga camera allows you to create interesting pictures where the image fills the entire film area including the sprocket holes, and occupies a wider horizontal length than is possible with regular 35mm film cameras. 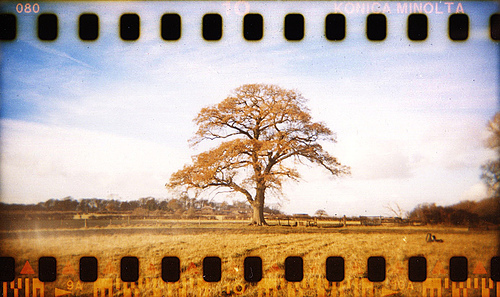 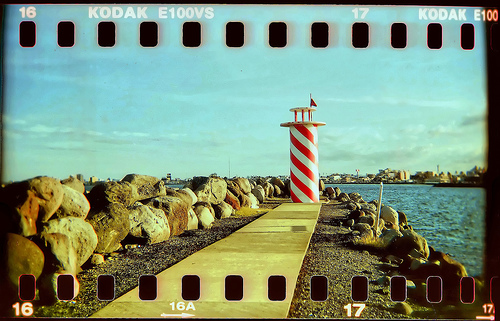 To adjust a regular Holga for 35mm film you will need to fit and secure a 35mm roll where a 120 one usually goes. First, take out the camera back. Next, cut two square pieces of foam to be placed above and below the 35mm film roll canister, then place the film canister in the middle between the two where the 120 roll would normally go. This is to secure the film in place and make sure it stays centered while traveling across to the take-up spool.

Cut two pieces of black opaque tape and cover the red film counter window on the camera back from both sides, inside and outside. This is to protect the film from unwanted exposure because unlike 120 film, 35mm film does not have opaque backing paper protecting it.

Now pull the 35mm film leader across the film plane to the 120mm take-up spool and insert it inside like you normally would. Tape the film section directly to the take-up spool.

Cut a third thin rectangular piece of foam insert the length of a 120mm roll and place it over the 35mm film roll to make sure it stays in place. Replace the camera back and lock it in place. 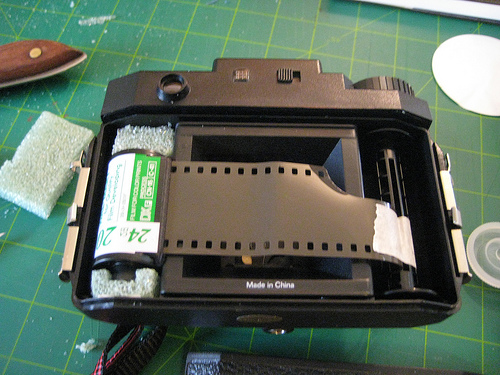 Obviously with 35mm film there is no way for you to determine how much to advance to get to the next frame, so you will need to count the clicks. There are 24 clicks to each turn of the winder. As you wind the film, if you are using the 6x6 mask that comes with the camera, you need to count 34 clicks for the first frame advance. Then, for approximately every three exposures, you can reduce the click count by 1.

When your film is all exposed you will need to take it out in complete darkness and rewind back in manually using the knob on top of the canister itself.

As an alternative you could just buy a Holga 35mm conversion kit, which you will unpack and install following the instructions that come with it. However, with the conversion kit you will lose the special wide and long effect to your photos, as it will make the camera shoot a standard 35mm frame.

Simply put, a Holga leaks light from all over. The film counter window, the metal clamps that hold the back, the camera edges, and even the inside of the camera is a shiny black finish causing unwanted light to bounce back all over the place.

If you like light leaks, you are in for a treat. If, however, you prefer to cut down this effect you will need to tape the camera along the edges, the metal clamps, the film counter window. If you are not using the 6x4.5 mask (in which case two holes above the lens will be revealed) you need to place black tape over there as well. As for the camera inside, many paint the interior matte black to cut down on light bouncing around and reflecting. 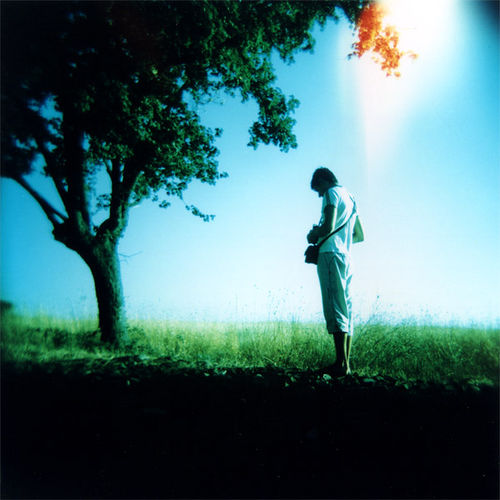 Photo by bastet in the sky with diamonds

The fourth mark, a drawing of mountains, focuses the lens at 30 feet or 10 meters to infinity. Set the lens to the situation closest to yours and shoot away, or choose anything in between if you are feeling a bit adventurous! 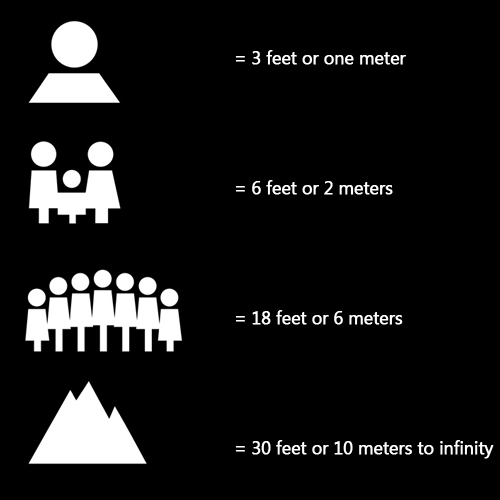 As the Holga shutter mechanism works independently of the film advance knob, this opens a whole new world of creative choices with regards to multiple exposures. You can simply advance the film once and take as many exposures as you may wish on the same frame. Once you think you are done, just advance to the next frame! 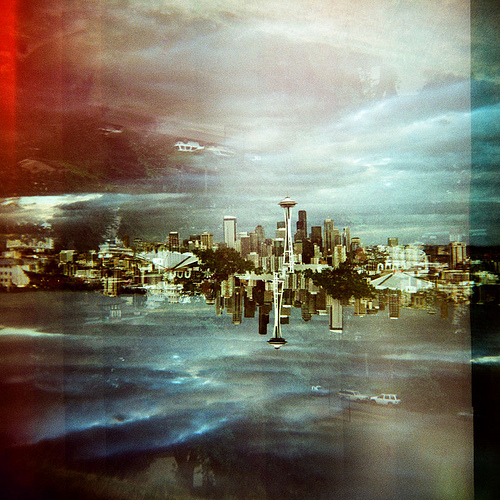 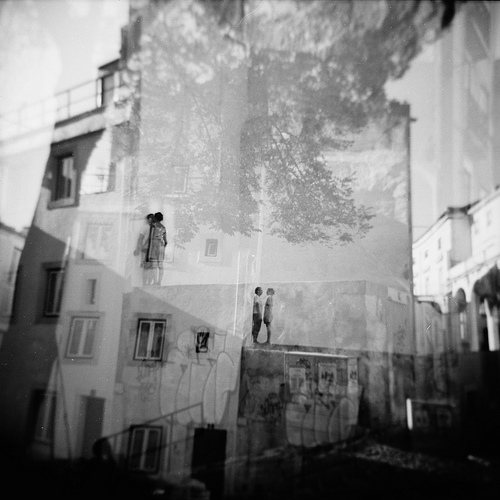 Unloading a Holga is pretty much like unloading any other film camera. To unload your Holga after shooting the last exposure of 120 film, first wind the film completely with the take-up knob until it is all in the spool. In subdued lighting, slide open the camera back by unlocking the securing clamps.

Take out the film spool. Fold under the end of the film. Some films have a lick-and-stick tab to secure the film. Other film may have a built-in sticker.

Switch the now empty spool to the right side of the camera for when you load another roll.

For 135 (35mm) film, as I mentioned earlier, you will need to take the roll out in complete darkness and rewind it back inside the film canister manually using the knob on top of the canister itself. 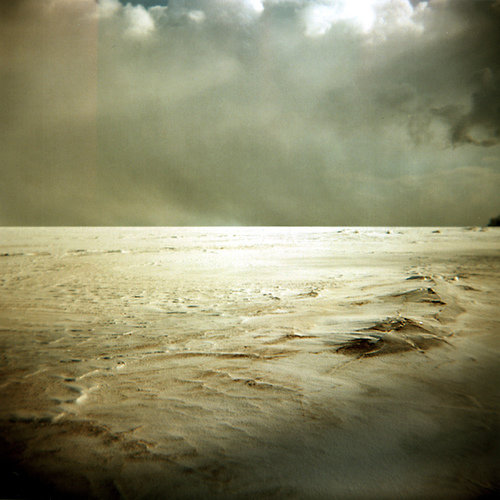 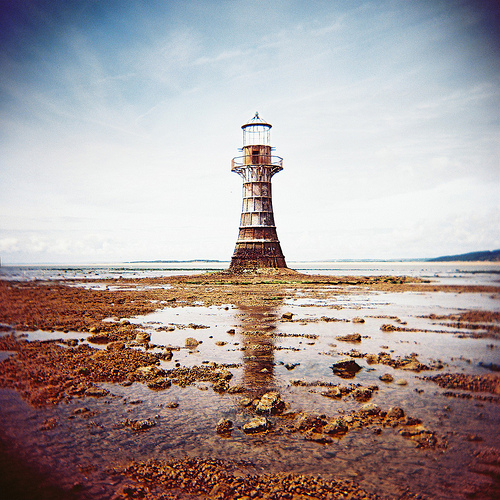 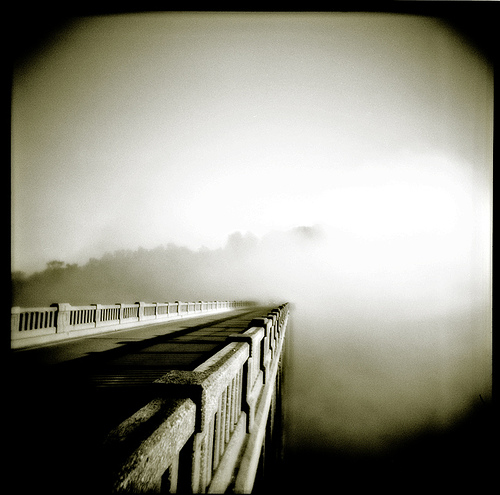 Whether you are a seasoned photographer or someone just starting out, a Holga would be a great addition to your collection. The cheap price is one reason. Another is the limited functionality of this camera which keeps you from over obsessing about accumulating gear and accessories.

It lets you focus more on developing your skills and creative vision. The light weight and small build also enable you to carry it around with you absolutely everywhere. Just toss it in your bag and you are good to go! 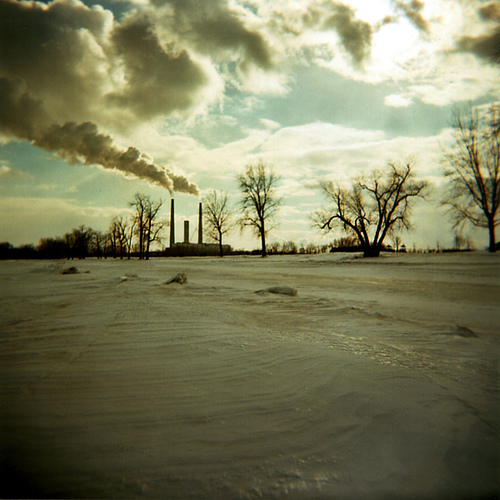 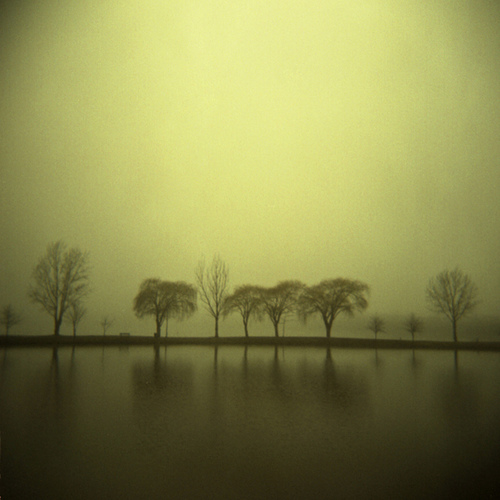 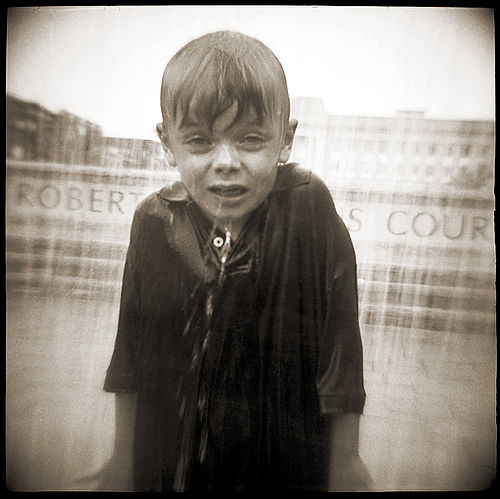 Diana Eftaiha
Diana is a previous author of Tuts+.
Weekly email summary
Subscribe below and we’ll send you a weekly email summary of all new Photo & Video tutorials. Never miss out on learning about the next big thing.
Advertisement
Translations