An Introduction to Indoor and Studio Flash Photography

Today we're going to delve into one of the most important aspects of photography - lighting. We'll begin with a background as to why lighting is so important, discuss the traditional three-light setup, and then move on to illustrate a number of different lighting techniques (and the associated results)!

In photography there are two types of light; hard or harsh light, and soft or diffused light. Hard light casts deep sharp shadows with well-defined edges, such as the case in high mid-day sun. Soft light casts softer shadows with edges less defined, such as the case on an overcast day. That’s because the light is bounced and diffused in different directions and is spilling into the shadows, so the size of the light becomes much larger.

The effective size of the light depends on two factors:

Most lighting equipment falls into one of three different classes: Grips, Modifiers, and Light Sources.

Grips expand to encompass all the stuff we use to support and hold our gear. Be it your camera, or lighting equipment such as stands and clamps.

Light modifiers in studio photography are anything we attach to (or hold in front of) our flash or light source, to control the light pattern it normally emits. These would include umbrellas, softboxes, and reflectors.

Light sources are any number of things that emit light onto our scene. It could be available light such as the sun or tungsten light, or it could be artificial such as flash units and strobes.

A 3-light setup consists of: a key light, a fill light, and a separation light.

Key light is the main light that has the most significance in your scene. It creates the defining highlight and shadow areas of your shot, and is the light that all your others are based upon.

If the key light was the only source of illumination, the subject would have a well-defined side, with the back and other side appearing fairly dark. This could result in dramatic high-contrast effect if done creatively, as shown in the images below.

The fill light is a secondary source of light that is used in conjunction with your key light to open up the shadows at the other side of your subject, and cut down on scene contrast.

So ideally you would have a main light source to one side of your model set up on a stand, with a soft box or an umbrella on your strobe for softer, defused light. To the other side of your model you would have either a fill light or a bounce card, to fill in the shadows on that side of the model (also set up on a stand). The fill light or reflector would be set a little bit lower than your key light, and it could also be placed further away from your model than the key light.

And finally you would have a separation light placed behind your model from above to separate them from the background. You could also place a backdrop of your choice behind your model if the natural background is not very flattering (or too cluttered). 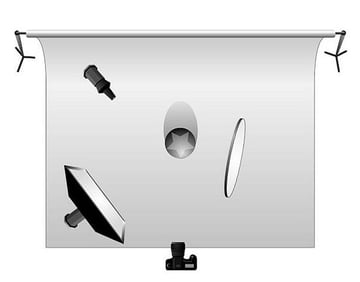 Note that if you remove the separation light from the diagram above, you end up with a basic two-light setup. This is useful when your subject doesn’t need separation from the background (due to a different backdrop or background tone), or to purposefully blend the subject into the background for creative effect. 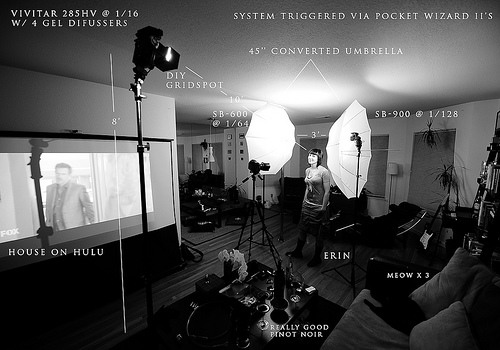 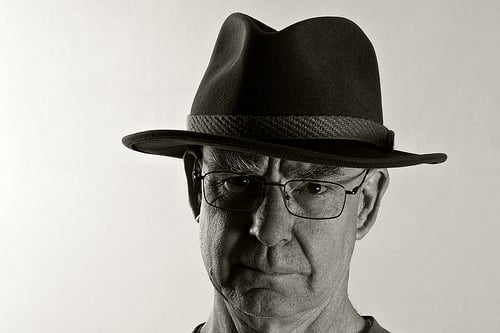 It's also important to keep in mind that the positioning of your lights highly impacts the contrast of your scene as well. To get the highest effect from lighting ratios, make sure you keep your lights at an angle of 45 degrees or more from your camera. The greater the angle, the greater the contrast.

If you're low on budget, don't have much time for a big setup, or don’t have your gear readily available, you can pose your model a couple feet away from a wall, place your light source facing the wall (as shown below), and have the light bounce off the wall from the side to complement and more naturally illuminate your model.

You can also attach a flag to your light source to keep light from spilling onto your model, or you can go without a flag for a nice catchlight effect. 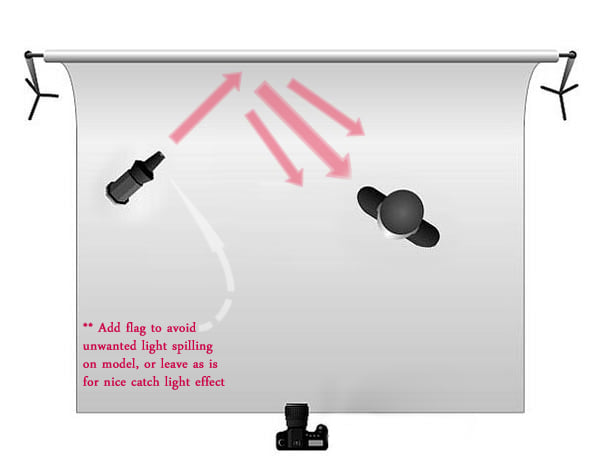 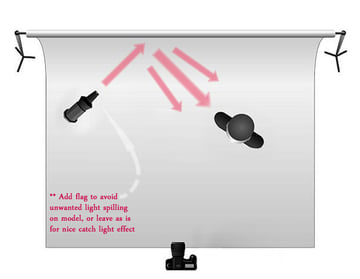 If you find yourself in a place with no bright walls, you could use anything that can act as a bounce surface: a reflector, white cardboard, a light table cloth, or even someone wearing a white shirt. All those can be used as a bounce surface. You just face your light toward whatever it is you find available to act as your bounce surface, and place your model to the side of that surface!

A flag is anything that is used to block light in a controlled way, preventing it from spilling onto your model. It could also be used to prevent light from flaring into the camera lens.

You can use this technique by setting up your flash unit in a way that would illuminate a large bounce area of a medium-sized room, by taking advantage of walls and ceiling to scatter and diffuse light as you find appropriate.

Using surround bounce gives your photos a natural-like light that is typically available with no artificial lighting involvement.

Floor shots are just like any other wall bounce shots, only flipping everything 90 degrees towards the ceiling as it acts as your softbox. Your model would be lying on the floor, with your light source pointing towards the ceiling and bouncing back to illuminate your subject and the surrounding environment in general.

You could also substitute the ceiling with an umbrella, with the flash facing away from your subject. The light would bounce off the umbrella and onto your subject, easily illuminating them while you create your masterpiece.

Here are a couple of examples: 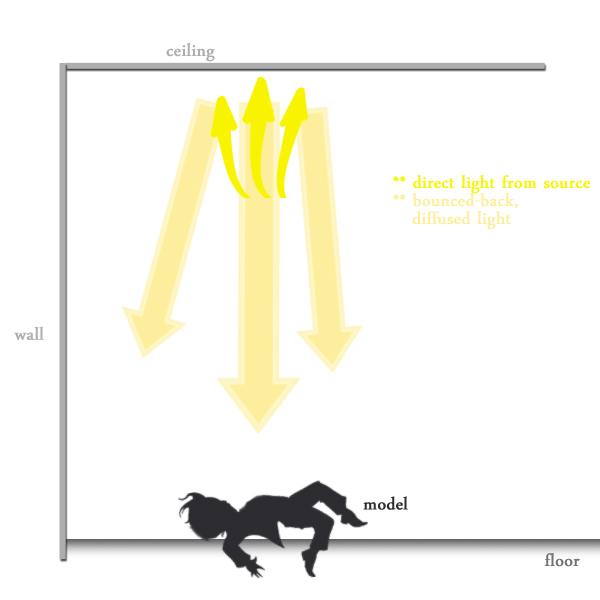 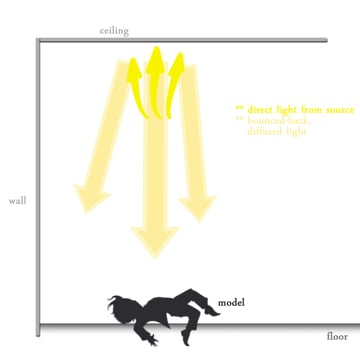 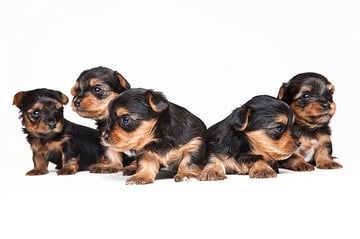 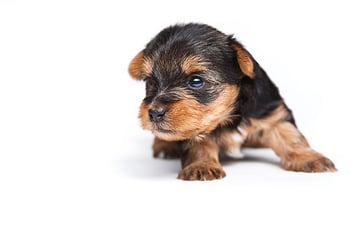 Making Use of Ambient Light

Ambient light can also be used for lighting in an indoor photo shoot, either with or without a flash. It could be used as a rim light from behind, pulling your subject away from the background while you light up their face with an on camera flash.

Ambient light could also be used alone to take care of lighting. You could make use of any light bulbs, table lamps and so on. For ambient-only lighting in a fairly dark environment you could place two table lamps (taking the shades off) opposite to each other with your model in between.

You would place one of them closer to the subject than the other, to act as a main light while the opposite light source acts as a fill light. A plus of this technique is that you can take your readings in real-time as the light falls on your subject. 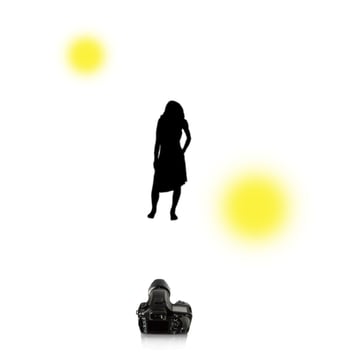 Making Use of Window Light

Windows are a great light source for indoor photography, especially if they're large or emitting great amounts of light.

Alternatively, you could use window light as key light by turning your model to the side, having half their face lit by the window while the other side fairly lit by available room light for dramatic creative results. Or you could use it as fill light by placing your subject in the same manner, and having a main light source positioned to the other side to act as your key light. 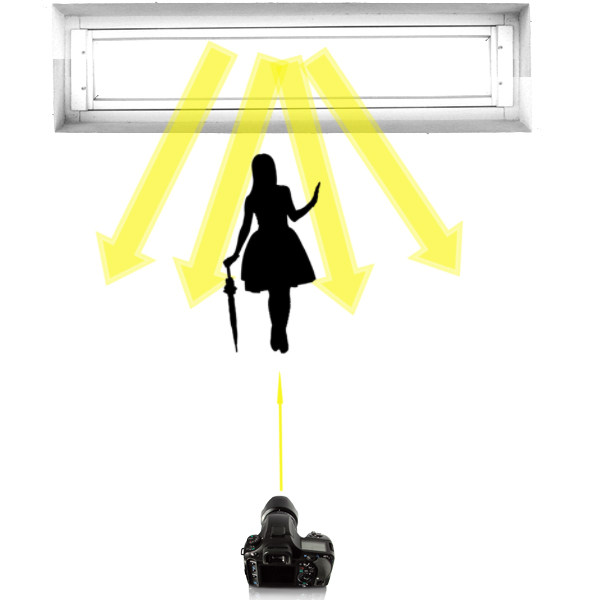 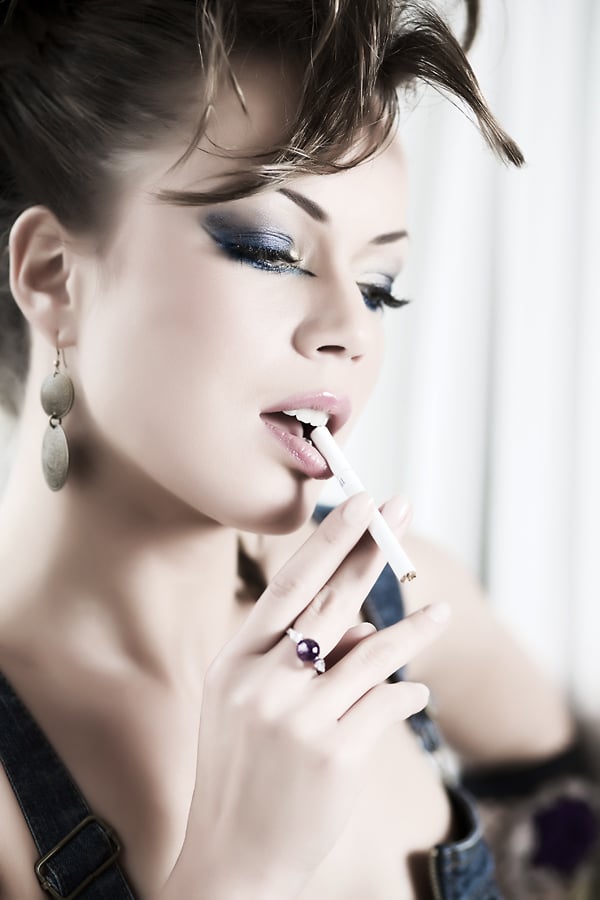 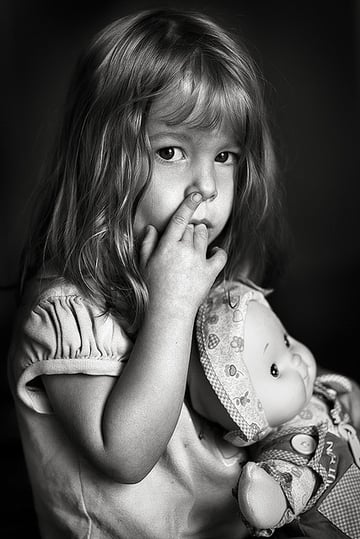 Indoor and studio flash photography is a huge subject, but today I tried to provide you with a sufficient introduction to light, it's various qualities, as well as how we can bend and adjust those qualities to suit our own taste and needs for great professional results.

We have also been over a few basic lighting setups, as well as how to make use of the surrounding environment to our advantage, so that you guys can embark upon this creative journey and take the best photos you can!

If you have anything to add to the principles and ideas above, I'd love to read your comment!