In today's interview with New York based photographer Ari Burling, we're provided not only with a dose of the struggle that it takes to 'make it' as a photographer (while noting that he always feels like he can keep improving and not rest on his laurels), but also some advice directed to those wishing to give any form of photography a try.

QHow did you get started in photography?

I went to art school and photography was my major. Although, the type of photography I did in school clearly had nothing to do with what I do now. That was, I guess, chapter one.

And then there was a big progression and many things happened, some premeditated, some random, and I graduated in 1995. It's 2012, so between then and now some things lined up correctly. 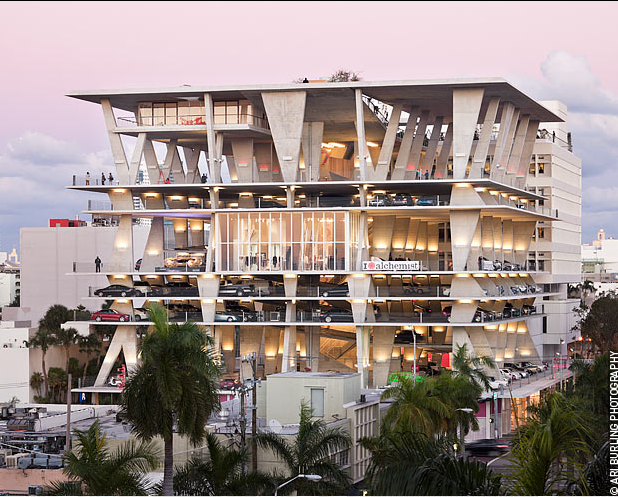 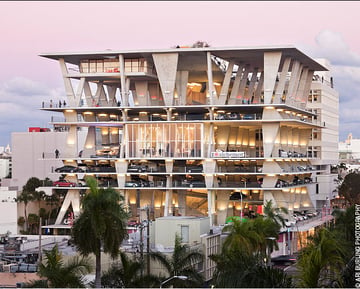 QWhat were some of those things? What helped you along toward the path of architectural photography?

The huge factor was my father was an architect, so I grew up with that in my life before I was old enough to focus on it and to know what it was. In trying many different kinds of photography, when you're a young photographer and you work in or live in an urban area you can assist for lots of other types of photographers. You see all the things they do and think, "this is great" or, "this is not so great."

When I tried architecture, that's when everything sort of clicked in. I felt an immediate affinity as I had grown up with it and it was comfortable. That made a huge difference for me.

I did try lots of other things and I thought, "photography is really cool, but I don't like doing these other kinds of work. It doesn't speak to me."

But the architecture does.

QHow long did it take you to become established to where it was the majority of your income?

I wish that were now. (laughs)

QHow long have you been seriously shooting architecture?

I mentioned those other points earlier because I can wake up tomorrow and still feel like I'm not doing enough. And other days I'm quite happy with the progress. But that's the thing about progress: the more time you spend on something the more you see where you can take it. It's sort of an endless cycle.

But to answer your question directly, I'm still becoming established. It's an ongoing process. Things happen in the studio. I guess an easy metaphor is Chutes And Ladders. You get great opportunities, you miss out on other opportunities. It's a constant evolution.

I don't think I've answered your question directly. But I'm striving every day to become more established, whatever that means to me. 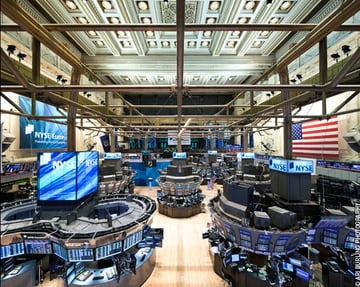 QWhere has your job taken you, as far as assignments or travel in general?

I'll travel wherever. I do a lot of travel nationally. Things have changed in the architectural world, especially in the last five years during the recession to where, I think if you asked someone who was a bit older and perhaps had been working for 20 years they would say, "oh, well, we go all over the world." I don't get anywhere near those assignments now.

I have clients who are global and ask, "hey, can we go to China" and they say, “no, there's no budget. We don't do that any more. We always hire locally." That's very frustrating because you do want to echo the careers of those who come before you who did get to travel the world, but I am finding it a challenge to find someone who will pay for it. Even though I have global firms in my client list. 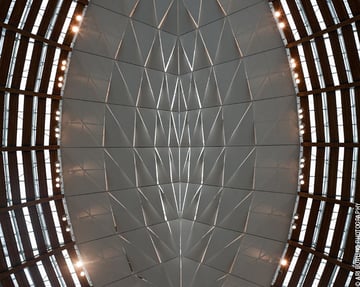 I work mostly nationally because there are plenty of talented people everywhere you go now. For the cost of a flight and hotel room, many firms that I work with opt for that [local hiring] route despite my requests to go as afar field as I can.

But I certainly know people who do. They are either working editorially, which is sort of a different game, or they are a little bit older. 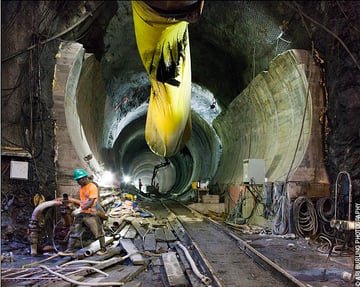 QLooking at some of the shots on your site, how long does it take from scoping out the location to delivering the product for an average shoot?

They are all different. Everyone wants things done in a completely different fashion. And all my clients have different ideas of how they want it produced. 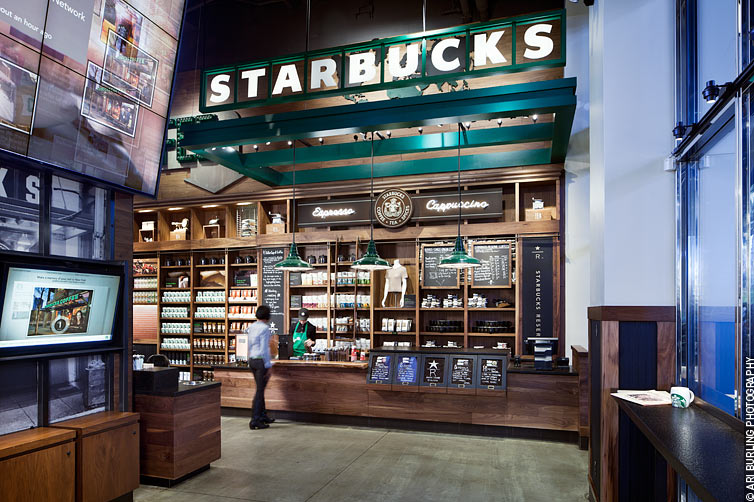 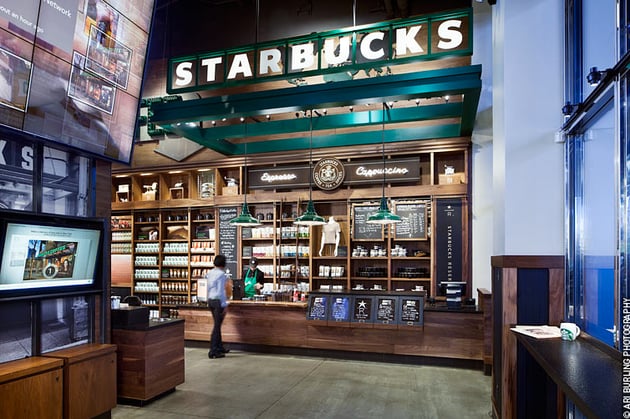 The huge challenge is managing those very different artistic directions because you can have multiple jobs each week at these different firms. You don't want to give Client A the expectations of Client B. So I am constantly asking, "how do you want these done? Speak openly and as plainly as possible with me."

I feel I have a lot of repeat business and I think the reason for that is I try to be very specific to each individual client's needs which is a big challenge.

QDo you work alone or do you have any employees or assistants?

I always use assistants. I couldn't work without them, there's too much involved.

QFor those looking to get into the field, who are some of your influences or artists newcomers should study?

If someone were starting I would say go to the big guys. Go look at Esto. There is a hierarchy in Esto for sure, but just look at any of them. They all do fantastic work.

Look at Ezra Stoller first, of course. Look at Peter Aaron. Look at Julius Shulman, who's not in Esto, but he's one of the fathers of architectural photography. Look at Hedrich Blessing. That grouping of people is huge and there are so many more wonderfully talented people doing this. 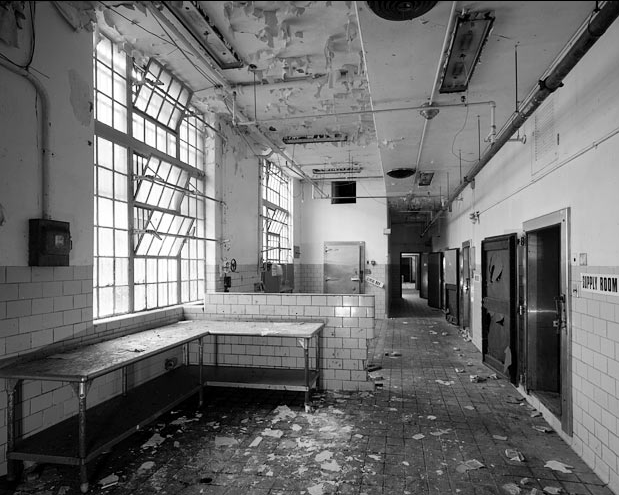 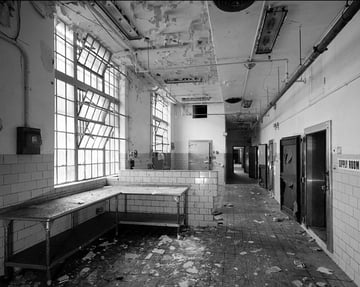 There is so much out there and one's inspiration can come from any point. If you have an interest and you pursue the interest, it's wonderful because everyone will develop differently. You can set out to copy someone directly but you're not going to do it. You're going to somehow get mixed up and it will come out the other end as being not what you started to copy, perhaps, but what you've internalized and spit out the other side.

That's the thing I love about art. It's almost impossible, I think, to rip someone off because there's too much humanity involved in the process.

QWhat equipment is invaluable to you specifically for architectural photography? What can't you live without?

I would say my shift lenses. You can use any kind of camera you want, they're all very good. Shift lenses... without those my work would look very different.

QIs there anything else you would like to pass on to anyone looking to get into architectural photography?

I don't think it applies just to architectural, but to be a photographer, you have to do it all the time. And then do it twice as much.

Just keep working at and keep doing it and don't ever stop doing it. I look around and I know a lot of photographers at this point, everybody gets their breaks. The ones that necessarily don't aren't pushing themselves to keep at it.

The one commonality I see for successful people is that they work harder. Preparation being the not-so-secret formula for success. When you get an opportunity, if you're prepared for it, you know how people talk about being an overnight success? "This person came out of nowhere!" But if you ask that person, "did you come out of nowhere?" Of course not. It's been 20 years in the making. Or it was a lifetime in the making. 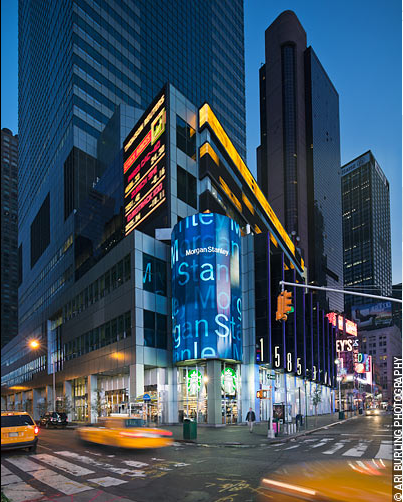 I shoot at lot at sunrise and sunset. Sunset is easy, you know, you've been up all day then you start to shoot something, and perhaps after it and depending upon where one is in life you go out to a bar or you meet some friends or you go home and see your wife and child. But the sunrise stuff is so totally unglamorous.

Getting up at 4 o'clock in the morning and you're completely by yourself and it's difficult to get out of bed, but you're going to do this thing and it's so completely singular. What is taken away from that, hopefully, is a fantastic photo. You are up and you're prepared for the light and you knew where you were going and all these sort of artistic factors come into play.

But, when you're doing it? It doesn't feel at all like that. It feels like, you're ready to drop dead because you had to work the night before and you've been sitting in front of the computer for 100 hours. But here you are, pushing yourself to do something. And that moment gets lost. That's really what all those moments were, it's just you and what you're doing together and those are the things that really push you forward.