Best Way to Learn About Exposure: Exposure and the Histogram

Even as an experienced photographer, I still get caught out by exposure. It's easy to forget that I can't tell whether the exposure was accurate by looking at an image on my camera's LCD screen. The only way to tell for sure is to look at the histogram. I'll come to that a bit later in the article. But first, in order to understand why the histogram is important, let's start by looking at the basics of exposure. 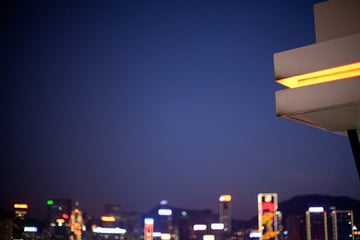 On most cameras you can set the brightness of the LCD screen. If you select manual and set the screen to it's brightest setting, this makes it easier to see the screen in bright light, but it may also mislead you into thinking that your photos are well exposed when they are not. 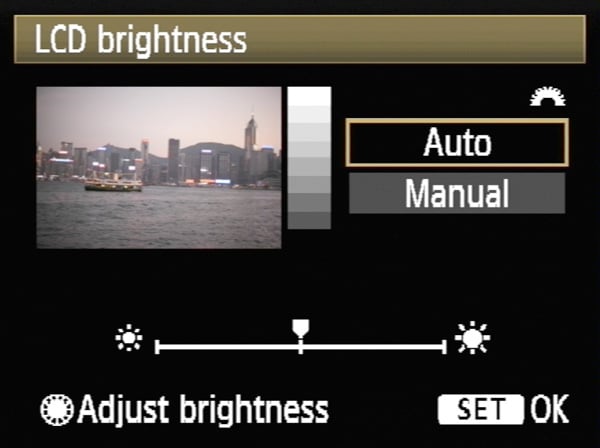 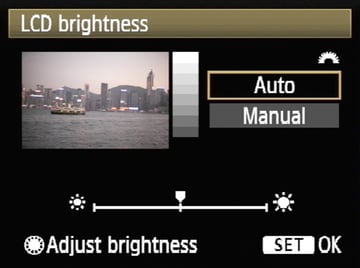 1. No matter which camera you have, or which metering mode you use it in, the exposure sensor inside your camera is measuring light reflected from the subject.

2. Your camera expects the light reflected from the subject to average out to a mid-grey tone (also known as 18% grey).

3. If the light reflected from the subject doesn't average out to mid-grey, your camera will get the exposure wrong. At this point you need to step in and override the camera's settings.

What sort of subject matter will give a wrong exposure reading? Your camera essentially expects to see a mid-grey subject (once all the tones are averaged out), so anything that is predominantly light or dark in tone will make the camera give an incorrect reading.

Any subject that is white or black will give an incorrect exposure reading. But so will anything that is predominantly light or dark. Flowers are a common subject that cause difficulty, and so are portraits if your model is light skinned.

White, or light colored, subjects will make the camera underexpose. This is because the camera is returning a reading that makes the tones in the image average out to mid-grey.

Dark, or dark toned, subjects will make the camera overexpose. Again, the camera is returning a reading that makes the tones in the image average out to mid-grey. 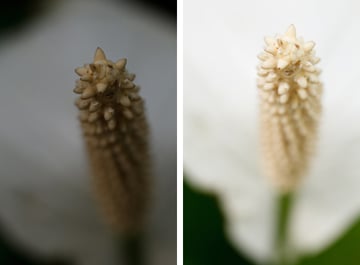 Based on what you've just read, can you tell which of these two images of a white flower was taken with the camera's suggested exposure settings? If you said the left hand photo, you were right.

Even with the camera set to evaluative metering (it's most advanced metering mode) it still got it wrong. That's because the flower is white, but the camera is programmed to believe that everything it sees is mid-grey. It gives a reading that makes the flower grey, not white.

The right hand photo is correctly exposed. I had to override the camera's settings to take this image.

One of the biggest benefits of digital cameras is that they give you instant feedback.

When I was learning photography with a film camera, the best way to learn about exposure was with slide film. Exposure has to be very precise with slide film – just 1/3 stop more or less exposure can make a dramatic difference to the image.

With slide film, I had the choice between using Kodachrome, which took over a week to come back after being sent off to be processed, or E6 film, which took three or four days. Either way, it was a long wait to see if I had got the exposure correct.

Now, with digital cameras, all you need to do is look at the histogram. It's quick, easy and makes learning much faster.

1. Whether the photo is underexposed or overexposed.

2. How many light, dark and mid-tones the photo has.

The luminance histogram is a bar graph with up to 256 bars pressed tightly together so that there are no gaps between. The bottom axis shows a range of 256 tones from pure black (on the far left) to pure white (on the far right). The left axis shows the number of pixels in the image that correspond to those tones. The higher the spikes, the more tones there are.

The image above shows how different parts of the histogram relate to the image. I've shown the image in black and white as that's how the camera sees it when it generates the luminance histogram. It takes into account brightness values only and ignores the color.

Every photo has a histogram. Ideally, the histogram should fit within the span of the graph. It should slope down to meet the bottom axis and not be cut off on the right hand or left hand side. 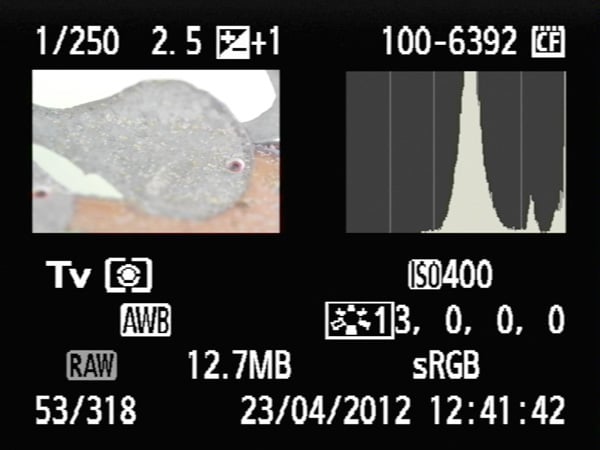 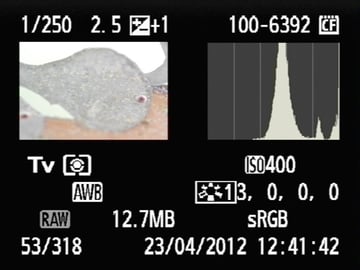 I deliberately overexposed this photo to show you what happens. The histogram is cut off on the right hand side, indicating that the image is overexposed. Exposure needs to be reduced. 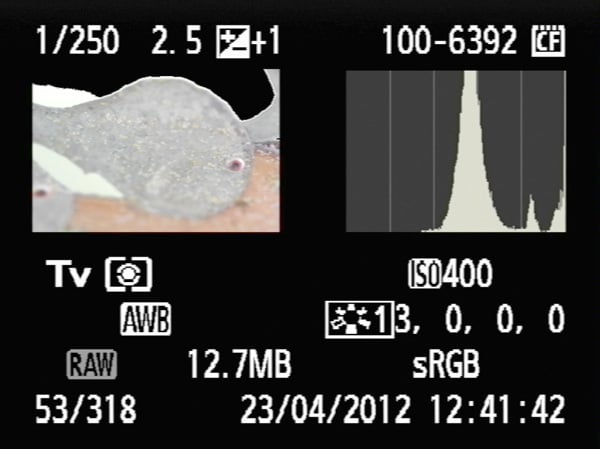 Here, my camera's highlight alert shows the area that is overexposed. There is no detail here, these highlights are 'clipped'. I might be able to pull some of that detail back in post-processing if I'm shooting Raw, but it's better to get the exposure correct in the first place. 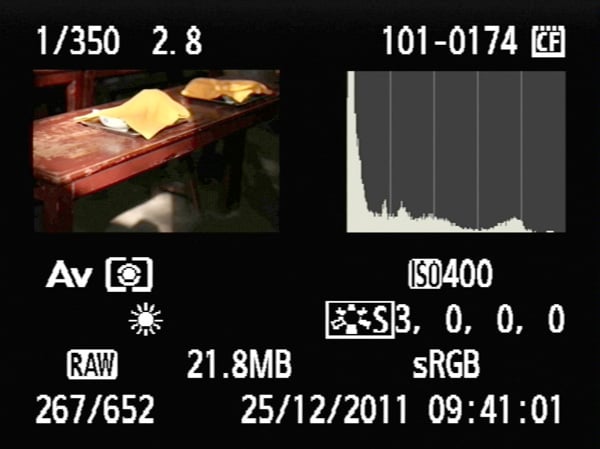 This screen grab shows an underexposed image. The histogram is cut off on the left-hand side, indicating that the photo is underexposed and that exposure needs to be increased. There will be no detail in the shadow areas.

Let's take a look at the histograms for the photos of the white flower I showed you earlier: 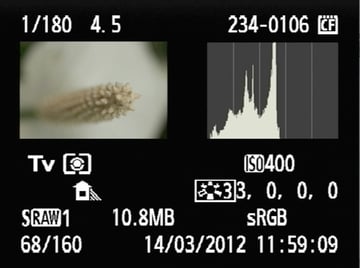 I set my camera to evaluative metering, its most advanced metering mode, to take this photo. Even so, it still underexposed the white flower. The big gap on the right hand side of the histogram confirms this. 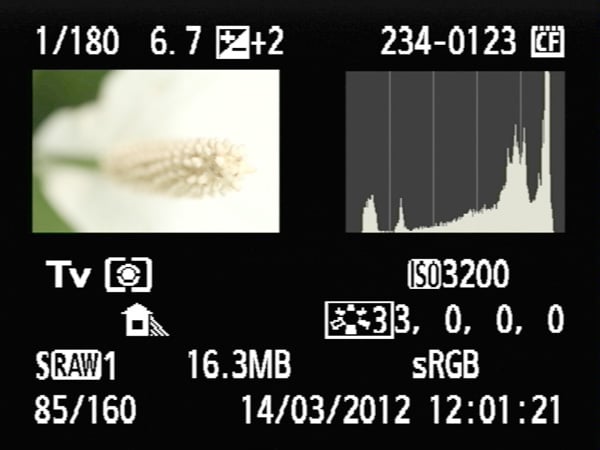 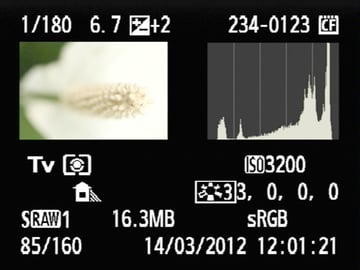 Here I used exposure compensation to override the camera's meter and increase the exposure by two stops. The histogram has moved over to the right, and is nearly touching the right hand side, indicating that the exposure is correct. 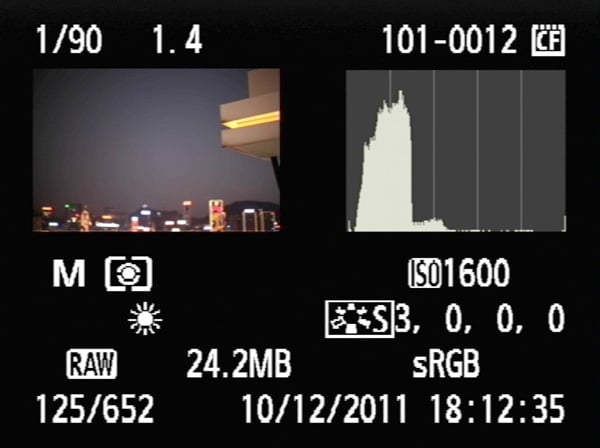 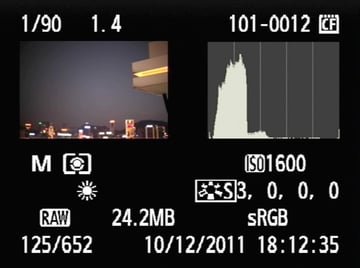 What does the histogram for the above image tell us? You may think that the spike on the left shows the image is underexposed. But in reality the exposure is correct. A glance at the image itself tells us that there are lots of dark tones in the sky and the mountains. The spike in the histogram merely confirms that.

Now that you can use the histogram to see if a photo is correctly exposed, you need to know what to do when it isn't.

If you are using an automatic exposure mode, the easiest way is to use your camera's exposure compensation function.

If you're photographing a light subject and the photo is underexposed, increase exposure by a stop or two, then take another photo and check the histogram again to see if it's correct.

The same applies, but in reverse, for dark subjects. The camera will tend to overexpose – use exposure compensation to underexpose by one or two stops to compensate.

Don't forget to set the exposure compensation back to zero when you're finished – otherwise your next set of photos may come out over or underexposed.

These exercises will help you put the lessons learnt today into practice:

Go back through the images saved on your camera's memory card/s and look at the luminance histogram for each image. How do the tones in the image correspond to the spikes in the histogram? Do the histograms indicate underexposure or overexposure on any of the images?

You can try this out for yourself. Take a photo of any white colored object. It could be a sheet of paper, a white wall, a white cup, or someone dressed in white. It doesn't matter which exposure mode you use.

Look at the photo on your camera's LCD screen. Are the white tones in the image white or grey? Look at the histogram. Is there a gap on the right hand side? Change the metering mode. Does this make a difference to the exposure reading your camera gives? Now use exposure compensation to increase the exposure. How many stops do you need to increase it by to get the correct exposure?

Now repeat the exercise with a black subject. Look for a black wall, a black car, a black cat – anything that's black and repeat the experiment. What color is your subject when you playback the image – black or grey? Is there a gap on the left hand side of the histogram? How many stops of minus exposure compensation are required to obtain the correct exposure?

Try these tests in both direct sunlight and shade. The difference in results may surprise you.

By the time you've finished these two exercises you should have a good idea of the relationship between exposure and the histogram. You should also be able tell, if the exposure is incorrect, how much exposure compensation is required to rectify it.

This is the first of a two-part article. The next part will help you decide which exposure and metering modes on your camera to use, and where to go to learn more about exposure. Stop back on Monday for the second installment.