Black and White vs. Colour: The Conversion Challenge

We're all guilty of it, spending hours processing RAW files, fiddling with colour settings in Photoshop in order to get those shades just right, without even considering what the shot might look like in monochrome (B&W). Call me old fashioned, but I believe there is still plenty of life in black and white photography, so here I have set out to compare and contrast 6 shots, each in both colour and black and white.

This shot contains a number of features that contribute heavily to it's strength as an image. The composition can be divided into thirds, with the main subject in the bottom right corner, the shrubbery on the left and the river back running across the top. This construction draws the eye from the swan in the bottom right hand corner across the image and follows the river, all of which are maintained within the conversion to B&W.

The correlation between the white of the snow and white of the swan are what really give this image cohesion, and this aspect is very well emphasised in the B&W conversion. There are two elements of the image however that, for me, are lost in the B&W version. The first being the emphasis of the swans beak. In the colour version, this really draws the eye and acts as the main focal point of the image, being the only 'bright' colour in the shot and adds to the swans menacing expression.

I also feel that the black and white version looses some of the winter bleakness without the dull browns and greys that somehow add a gloomy feel to this snowy scene. 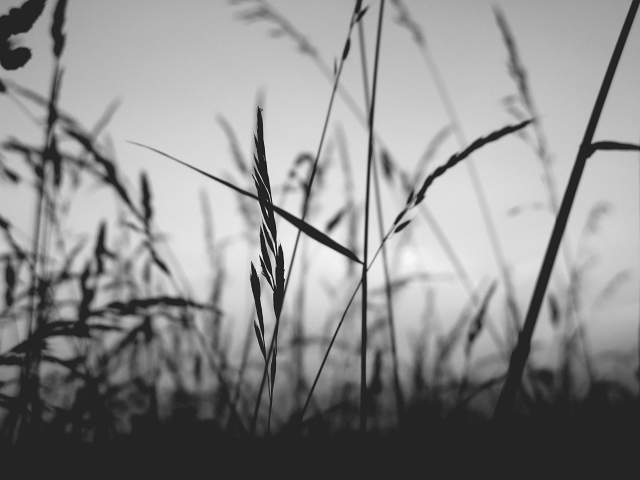 The main strengths of this shot me are the strong silhouettes and the gradient of colour through the sky as the sunsets. The range of colour from the deep oranges near the base of the shot, right up through to the clear blue sky, contrasted by the clear outlines of the wheat crop almost opposing each other, as the colour fades upwards in contrast to the strong black silhouettes.

When considering how this shot might work in mono, I didn't have high hopes. I perceived that without the eye catching colours to offset the fairly compositionally messy crop outlines, that the shot would loose it's impact. However, upon processing the shot, I was pleasantly surprised by the outcome of the B&W conversion.

The colour backdrop is replaced by a smooth grey gradient, which highlights the scattered silhouettes and gives a softness that was less evident in the colour shot. You also escape what some might consider to be a fairly generic 'sunset' backdrop with something simpler, which may be slightly less eye catching, but equally engaging. 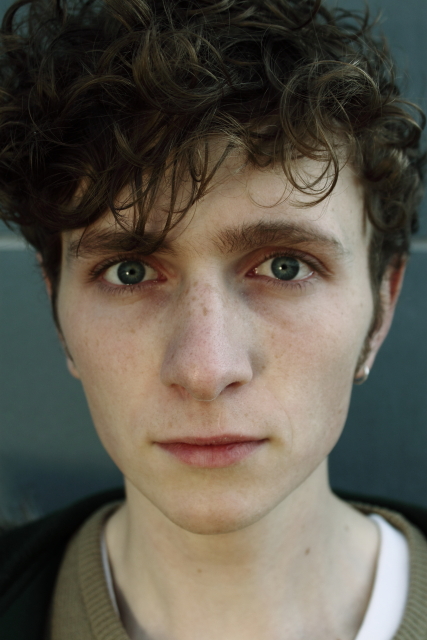 For me, this shot is all about the eyes. You can't help but be drawn in by his persistent glare, as if he's looking deep inside you and the small highlights reflecting from the eyes really accent them as the centre of attention.

The eyes are also complimented in tone by the backdrop, the shade of which incidentally corresponds with the eyes, adding continuity through the image. Apart from that enhancement, the colour within the shot doesn't seem to add much to the image. Neither the soft skin tone or dark hair make for particularly engaging features, so I was intrigued as to how the image would come across in B&W.

Without the distraction of the colour, I really feel that the features of the portrait are enhanced. there is an added sense of drama to the image, with highlighted detail in the scrappy curly hair and the added texture of the freckles across the nose. The eyes still draw you in, but for me it is the lack of complexity offered by the B&W image, which now also draws my attention. 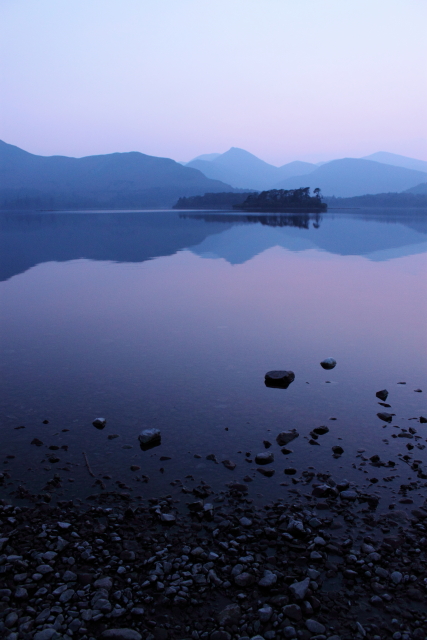 This lake landscape is almost defined by it's colours. The shades and tones drifting through the image, down from the sky as the light fades through the mountain range shifting with the variation of depth and gradually across the water. Reflecting the sky all the way through to the photographers feet.

However, the image is also enhanced by the well-executed use of the rule of thirds, giving a very strong structure, with foreground interest adding scale to the image and the clean division of the image two thirds of the way up where the water meets the land. It is this element of the shot that gives it strength once converted to B&W.

The beautiful gradient of blue and pink tones are lost and therefore some of the mystery that came with it, but the shot still works very well as a mono image. Whereas with the colour version, it was very evident that the shot was taken as the sun was setting, the black and white image becomes free of any time constraints and is able to be viewed without the distraction of the evening tones and appreciated for it's construction, detail and depth perspective.

This was the most interesting conversion for me, how would an image held together by a single colour cope with conversion to black and white? Well, the answer is, not very well. The prominence of the red within the original image is clear to see, the combination of the poppies, the novelty sunglasses and the poppy buttonhole flower are really what make the shot what it is.

Compositionally, the shot is fairly simplistic and there is an intentional lack of expression within the subject, leaving a very heavy reliance upon the reds in the image to 'make' the shot. Without those reds, the image feels very bland. The tones correlate, making the poppies almost disappear. The resulting lack of compositional and expressional interest leaves the shot feeling rather weak. 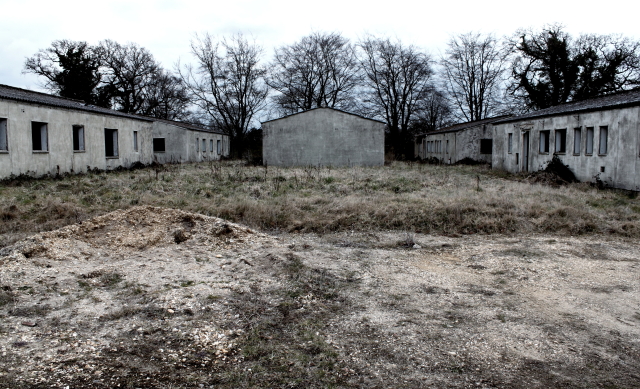 This is a shot that I really felt would lend itself to conversion to mono. The bleakness of the original, enhanced by it's dull tones, gives an air of desperation that is only enhanced by the added drama of B&W. Again, without the distraction of colour, the eye is able to enjoy the structure of the image that dictates it's strength.

The textures suddenly come to life, particularly the grit in the foreground, drawing the eye in before you scan across the image to take in the battered and windowless walls of the crumbling buildings. Their wear is only more evident after the mono conversion.

So there we have it, a quick run down of some of the elements that need to be considered when converting your shots to mono. Hopefully, this has been an inspiration to give mono conversion consideration next time you are processing your images. As we've seen, in some cases, it makes for a stronger and more powerful image.

Simon Bray
Manchester, UK
Simon Bray is a freelance photographer from Manchester, UK, working on commercial shoots as well as photographing weddings, musicians and artists, and also taking time out to capture landscapes in the surrounding countryside.
simonbray
Weekly email summary
Subscribe below and we’ll send you a weekly email summary of all new Photo & Video tutorials. Never miss out on learning about the next big thing.
Advertisement
Translations