Although not perfect, the new PowerShot Canon GX1 has a major asset: its new CMOS sensor, six times bigger than the G12 CCD sensor. While the technical aspects of this camera are impressive, we hope to get into more practical matters as well.

I've had a new Canon GX1 to play with for some days and I've decided not to read the manual and be mainly a snapshooter. Here are some results, and a few clues for pixel peepers.

I am a Canon user so I am mostly familiar with the controls and ways of functioning for Canon cameras. This said, I am a DSLR user, so I don't especially like compact cameras. The results usually are below par when you mix a small sensor with the aim of getting bigger size images or working under difficult light conditions.

This is something that - almost - everybody knows, so I am not going to discuss it further here. But this Canon G1X, being a PowerShot, is something completely different from the rest of the Canon G-Series, which started in 2000. 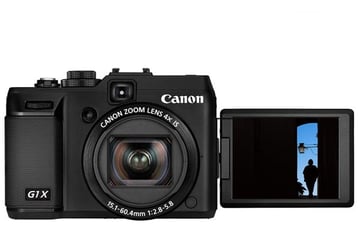 The new PowerShot G1 X is not as compact as the traditional compact cameras.

The G series was always looked upon as Canon's flagship in compact models, aimed at prosumer photography enthusiasts desiring more flexibility than a point-and-shoot, without the bulk of a digital single-lens reflex camera.

Previous G series cameras have had a small sensor, limiting their quality. Now, the flagship becomes a real stunner, because the PowerShot G1X sensor is, in fact, slightly bigger than a Micro/Four Thirds sensor. Canon refers to the G1X as their master compact, and that does say something.

Canon has not jumped on the "mirrorless" wagon and has not shown intention or any immediate plans to do so, but this camera is, somehow, an answer to all the mirrorless options from the other brands.

It's true it does not have an interchangeable lens like the mirrorless systems, but it does sport a very usable 28-112mm f/2.8-5.8 equivalent zoom lens with a sensor made especially for it: a 18.7 x 14mm CMOS, a first in the G series. This sensor is only 20% smaller than the sensors Canon uses in its APS-C DSLRs. And Canon states that users can expect the same level of quality found in their entry level DSLRs, as the individual pixel size along with the pixel density of this new sensor matches that of the APS-C chip found inside the EOS 600D. 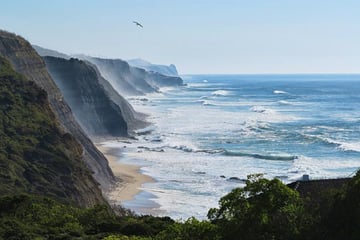 A walk in the past

Meanwhile, many G users dreamed and talked about how the G series could be better if Canon used a bigger sensor, and the idea of such a PowerShot G camera ( the series has been used by many professionals as a support camera) has been kept alive for a long time.

Canon seems to have answered the call. So, the Canon Powershot G1X is an interesting camera, because it has a large 14.3 megapixel CMOS sensor that is capable of producing high quality images with lots of detail. And its ISO noise performance is impressive with low noise right up to high ISO settings, something that you are not able to do with "traditional" compact cameras.

The automatic HDR does a good job, although real fans of the technique will rather do it by hand.

This is an X(L) size, if you want it that way, and it does give you, I would say, DSLR quality on a body that you can easily take with you anywhere. I say this because I can still carry it in a pocket of my photo vest or wind jacket. 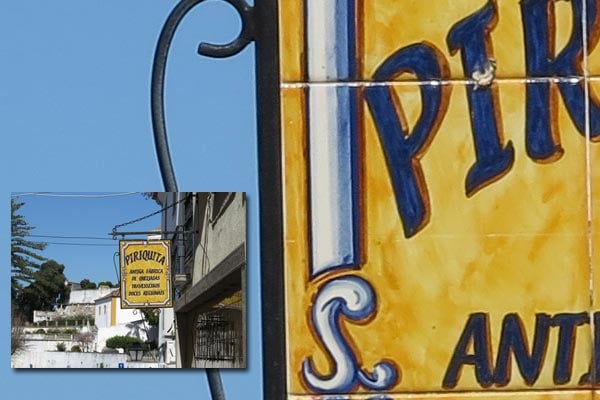 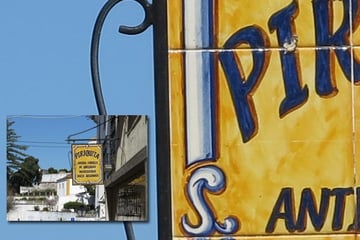 An image for pixel peepers: it shows the whole frame as a thumbnail on top of a 600x400 that shows a full size portion of the original file.

I guess this was one of the reasons why I carried the Canon PowerShot G1X the last days and even for three days in a row, as my only camera, even if more than once I felt I should take my DSLR along.

There were only a few things that held me back from buying two of these cameras. I sometimes would be tired of my thumb inadvertently pressing the movie button on the back. It was difficult to properly see the images on the LCD under the light of day, and the viewfinder continues to be like an afterthought, a dark tunnel without any hint of what's going on in terms of exposure.

The 28mm wide angle is enough to give you a sense of space and position elements within the frame.

Not a perfect camera

So, this is not perfect, and I wonder if we will ever have a perfect camera. I guess that would not be any fun. Although, I must admit that Canon did pull a nice rabbit out of their hat. This is a camera that most people looking for a serious compact will want to have close by. It looks and feels like a real camera. It gives you full manual control of exposure and has buttons and knobs for the most needed and logical functions.

It lets you define your preferences and access them (well, some of them) in the My Menu, as usual for Canon, and once you understand that the back dial is a tricky place to keep your thumb, as it can change parameters without you being aware of it (arghhhhh, I hate that!), you'll be a very happy photographer. Even the zoom, although adjusted by rocking a slider, seem to be responsive enough for you not to lose your picture trying to get the precise framing you need. 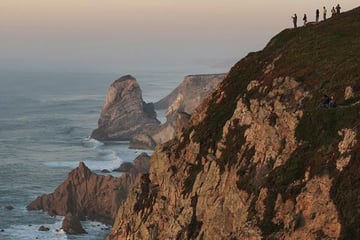 Even when the light goes down, as in this late afternoon shot, the G1X offers you images that are free of noise.

When I use compacts I tend to lower my photography practice to a "compact level." I know, it's me, my fault, but that's how my brain works. With this serious compact I felt like a new man, being able to work with it as if I was using a DSLR in LiveView all the time.

With the bonus that this does focus faster than DSLRs in LiveView, it somehow explains so many of the fantastic pictures I took on a photo tour I was leading recently. And I was able to use stuff like my Phottix Atlas radio triggers with and old Speedlite 430 EZ flash (in manual, you bet!).

I also discovered that this camera does HDR on its own and delivers images that look like good HDR examples and not the "art-garbage" some others are creating. I would like to be able to have more control on the HDR function, but those new to it will like the results. 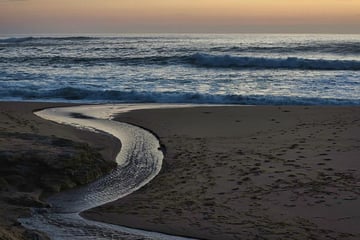 Although the AF hunts when it gets dark, once it gets enough light to grab a reference point you'll be able to get your shot, as this one, taken at 1/13 and f/5.0.

I was amazed and I've had a lot of fun. This article reflects that and also shows you some images that were mostly snapshots taken at aperture or speed priority and program, too. I just had the normal "adjustable things" to fix in Photoshop.

For pixel peepers' sake, I placed an image here that shows the whole frame as a thumbnail on top of a 600x400 that shows a full size portion of the original file. I shot everything from 100 ISO, where I feel comfortable, up to 3200 ISO and the camera just gives you the goods without any problem. And I even shot at 12800 ISO for those that love to discuss grain. Look at the images!

But it was not and is not my aim to go that way. I just wanted to get some good images under different conditions and the published images just show I did. That's all I ask a camera. The Canon G1X delivers. 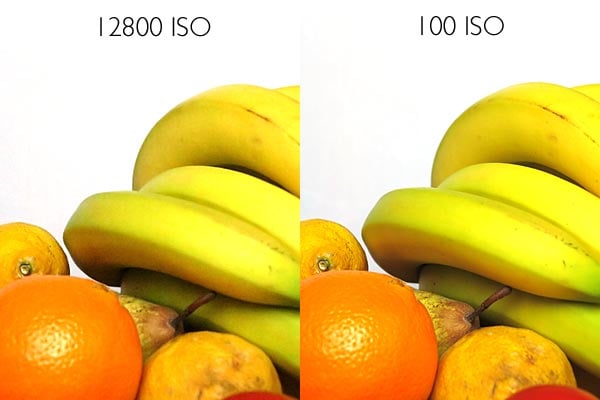 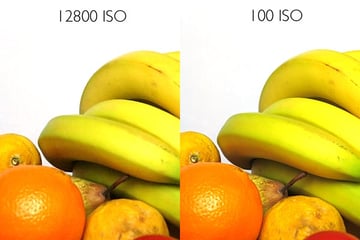 This is, no doubt, a take anywhere camera for serious shooters, but there are limitations. It's not a fast shooter as some compacts are, only delivering 1.68 fps in "normal" mode (there are other options but they have limitations also), and it's not a camera for macro enthusiasts used to going really close. Some go down to 1cm, the G12 included. The lens on the G1X struggles to reach the 20cm distance in Macro.

I would say this is a camera for good landscape work and for street photography, although the AF does have some trouble with low levels of light. Still, I got some great exposures at the end of day and I did not have issues I could not resolve using the PowerShot G1X. In fact, I would say that in real world situations the camera made me feel almost as comfortable as if I was using a DSLR. For me, that's enough.

Although under the hood. you'll find everything Canon knows in terms of programs and options, and even image stabilization, the above mentioned problems will be enough to keep some people away. And in the end, this camera has a price tag that puts it close to an entry level DSLR, so everybody will probably think twice before buying it. And even look closely at the options in "mirrorless" systems with interchangeable lenses, that might appeal more to some.

Still, this camera has no match for it. It's so different from all the rest that it stands on a class of its own, as I guess Canon wanted. They took the popularity of the G series and used it to build a bigger body, with a big lens that makes the difference (even with its limitations) and with a sensor whose quality has no match. It's the sensor, in fact, that is the true star of the G1X. And maybe it's around that sensor that Canon will build their "mirrorless" option if they ever go that way.