Today we'll be exploring a fairly new technology: DSLR's that shoot video. We'll take a brief look into how and when these cameras came around, compare a few notable options currently on the market and close with a discussion of the pros and cons of this technology in it's current state.

Brief History of the VDSLR

For quite a few years now, many low-grade non-professional digital cameras have possessed the ability to take not only still frame images but video clips as well. However, for the most part, professional-grade digital SLRs have remained focused on their core competency (still images) without expanding into video.

In 2008 Nikon changed this trend by announcing the D90, the first DLSR with video capabilities. This impressive innovation sprouted from Live View, a technology present on Nikons, Canons and many other models that allows you to preview and take shots using the camera's LCD screen rather than the viewfinder. Nikon basically took Live View much further with the D90 by recording the images that the screen was taking in at a high frame rate.

Shortly after the D90 was released, Canon responded with the amazing 5D Mark II, the most recent update to Canon's legendary 5D. So began the battle of the VDSLRs, an entirely new breed of camera (and a mouthful of letters). Today there are quite a few VDSLRs on the market (and several more planned for release) ranging from just over $600 at the base to up above $5,000. I chose five (two Nikons and three Canons) to examine and compare. We'll begin with the one that started it all: the Nikon D90. 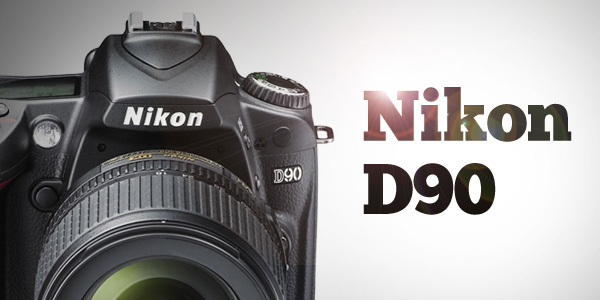 The D90 has been around since 2008 and though it's a great camera, it's starting to show its age in the VDSLR market. As mentioned above it was the first DSLR to break onto the scene with a movie mode, but is fairly limited in this capacity. For instance, rather than shooting in full 1080 HD at 30fps, you get a max of 1280 x 720 at 24fps (though 720p/24fps is in fact fine for most purposes). There's also no ability to edit what you shoot in camera.

On the photographic front, It ranks fairly well at 12.3 MP and can be boosted beyond the ISO (up to 3,200) of its predecessor the D80. Overall, many of the features are comparable to the D300S below. I think the relatively low price of the D90 makes it one of the better Nikon options out there for semi-professionals and newcomers interested in shooting both video and still frame. 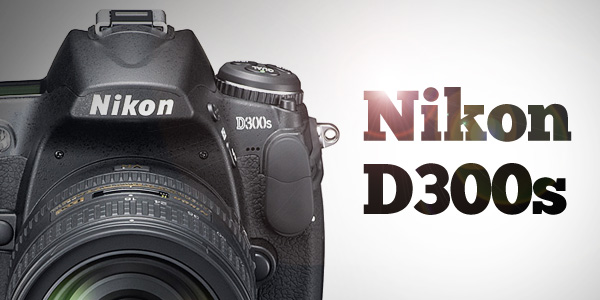 The D300S is pricier than the D90 but adds a few key features to the video options. It features stereo microphone support for increased audio quality and has basic in-camera movie editing abilities.

Other notable features include dual slot memory storage, giving you the choice of CF and SD, a continuous shooting capability of up to 7fps, and an amazing 51 point AutoFocus.

The Canon Rebel T2i is a brand new upgrade to the T1i. This camera is prepared to impress on all fronts. The video capability goes up to full HD (1920 x 1080 at 30 fps) with in-camera editing features and tons of playback options (slow motion, jump to first frame, previous frame, next frame, jump to last frame, cut out first or last, frame, and audio volume).

All this with is packed with a whopping 18 megapixels and an ISO boostable to 12,800. Top that off with a price tag of well under $1,000 and I'd be lying if I said I don't look at my own T1i with a tinge of regret. 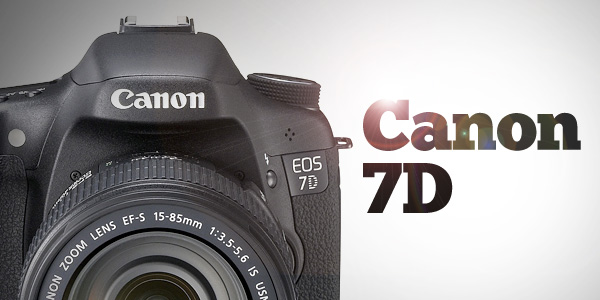 The 7D is definitely reaching more towards serious professionals than the 550D. Critics love the 1.0 magnification, 100% field of view on the viewfinder and continuous shooting of up to 8 fps. The AutoFocus is a 19 point system, considerably less than the 51 point AF on the Nikon D300 above.

The movie features are similar to the T2i with full 1920 by 1080 HD support and a range of other options all the way down to 640 x 480. Additional great movie features include manual exposure control and the ability to shoot in adjustable frame rates up to 30 fps. 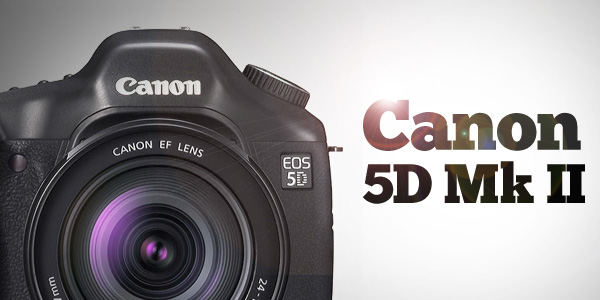 Not to be outdone by newer, cheaper models, the 5D was upgraded last year to the 5D Mark II. This beast of a device boasts 21MP and 36 x 24 mm sensor while still maintaining the compact body (models such as the 1D have a more vertical construction). 5D owners will be glad to know the interface has been upgraded to be more user friendly; everything is now controllable from the big LCD (in addition to the little screen on top) like you see on some of the newer Rebels.

The video features are similar to the previous two Canons we've looked at with full HD at 30fps. Overall, the 5D Mark II has received rave reviews (occasionally even over the pricey 1D Mark III) and is a top choice among professionals.

The five cameras above certainly aren't the only DSLRs out there with video capability. Below is a list of five more worth checking out, arranged in ascending order by price with the lowest at $650 and the highest above $5,000.

Why Would You Want Video on an SLR?

Now that we've looked at a few of the forerunners in this market, let's address the reasons why video on an SLR is a good thing.

In short, it's all about lenses. Go grab your current video camera and try to swap out the lens. Odds are, it's not going to happen. However, with an SLR's handy ability to switch lenses with ease, your video styling possibilities suddenly expand by leaps and bounds.

The feature that excites most individuals is the ability to capture video with a shallow depth of field, thereby getting that beautiful blurred background look that you see in professional films and photography. The possibilities definitely don't end there though, fisheye lenses, polarizing filters, and other great photography tools can suddenly be a part of your every day video shooting experience.

Obviously, video DSLRs can't rival professional hollywood style movie cameras and won't even replace your average soccer mom camcorder any time soon, but you can bet they'll continue to gain popularity among middle of the road semi-professional to professional photographers who are looking to expand their skill set and marketable materials.

Though this new technology is exciting and will continue to improve in the near future, there are still several limitations that any professional videographer would be quick to point out. The lack of electronic viewfinders, limited optical-only zoom, and often subpar audio quality are just a few of the limitations you'll run into with one of these devices.

For a more technical and in-depth look at the pros and cons of VDSLRs, check out "Video DSLRs vs Camcorders" at The Luminous Landscape.

My Rocky Experience with a Video DSLR

For my own part, I purchased a Rebel T1i last year for the chance to play with this technology. Though it's undoubtedly fun and useful to have, there are several complications that I didn't foresee. For instance, the manual recommends using class six memory cards for recording video, which are both a little harder to find a lot more expensive than more basic cards.

When I finally did pick up an aData 32GB card, my camera completely rejected it in the form of eating half a day's work at a wedding I was shooting (still frame). aData was nice enough to replace the card with two 16GB cards (I thought maybe the size was an issue) and perform free data recovery for me, but my new smaller cards have even more problems. Fully 1/3 or more of my pictures are unreadable after shooting and therefore lost forever and any video I shoot contains horribly unsightly digital artifacting.

Finally, I gave up on large capacity aData class six cards and picked up a 4GB, no-name Wal-Mart class four card that works like a champ for both video and still shooting. I found plenty of people online complaining of similar issues with various guesses as to the source. Just to be safe, I would recommend staying away from aData class six cards if you're shooting with a Rebel. After all, trying to think of excuses for why there are very few groomsmen pictures is really not a fun way to spend your day.

In the years to come we'll likely see video become a standard feature on DSLRs from every price bracket. As the technology advances, many of the limitations will no doubt be improved upon and more photographers and videographers alike will consider adding one of these devices to their hardware arsenal.

If you have experience shooting video on an SLR, use the comment section below to let us know which cameras you've used and what you thought. We'd love to hear your insight!