Toy cameras like the Holga are getting more and more popular, and some serious photography is being produced by them. You can now get the infamous Holga lens for your DSLR. In today's tutorial, we'll explore these lenses and some similar ones, see photos made with them, and try to understand how they compare to the real thing.

The rise of digital photography and the increases in megapixel size and image quality seen over the last decade means that modern digital SLRs are arguably have some of the best image making tools ever available. I made the transition from film to digital photography a long time ago and I have no desire to go back, but it makes me happy to see that so many photographers are using film cameras to create their images. One of photography's strengths is the sheer number of ways that there are to express yourself within the medium.

Perhaps one of the oddest, and also most interesting, ways of creating an image is using a toy camera. Who would think that a plastic camera that costs less than $30 would create such great images? Or that they would be used by professional photographers? Check out the work of David Burnett (look for the Holga Eye section in the My Formats gallery) and Annu Matthew if you don't believe me. Toy cameras are not just a gimmick – in the right hands, used wisely, they produce some brilliant images. 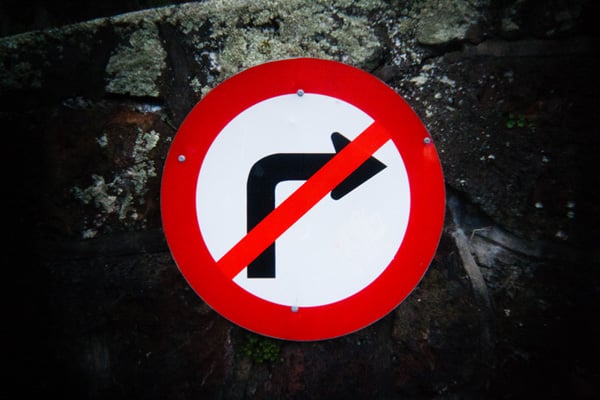 The 'Holga look' is appealing and this means that there are photographers with digital cameras who would like to emulate it. It can be done in Photoshop but it's not easy or particularly genuine.

Part of the appeal of the Holga look seems to be the combination of image softness from the plastic lens, vignetting, lack of edge sharpness and random nature of light leaks from the plastic body. The square format and potential to play around with out of date or cross-processed film is another factor. These are all difficult factors to reproduce in a Photoshop action or filter.

But now you can buy a Holga lens for your Canon, Nikon, Pentax, Sony or Olympus digital SLR from Holga Direct. There are also lenses available for Olympus Pen, Panasonic Lumix, Sony NEX and Samsung NX digital compact cameras. Now, all you have to do to get the Holga look is change the lens on your digital camera. This is much closer to the toy camera spirit than Photoshop.

The History of Holga

Holga cameras were born in China in 1981 when businessman and factory owner T.M. Lee designed the first one. The camera was aimed at Chinese working class families and used 120 film that was prevalent at the time. However, the increased availability of 35mm film and cheap cameras from foreign competitors meant that the Holga was not a commercial success.

In 1982, Mr. Lee started selling the Holga in Hong Kong in an attempt to market it internationally. The Holga gradually gained popularity amongst artists and photographers who liked the lo-fi camera and the quirky images it creates.

For photographers who like the Holga look but use digital cameras, the only option until recently was to adapt an existing Holga lens. This involves some DIY and is not for everybody. But now, thanks to Holga Direct, you can buy pre-made Holga lenses. 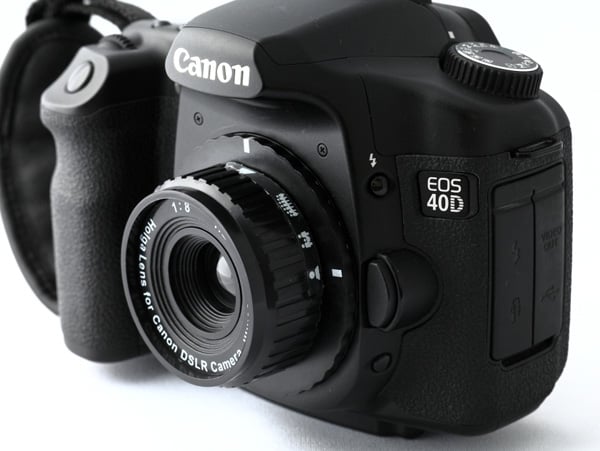 This what the Holga lens looks like mounted on my EOS 40D. 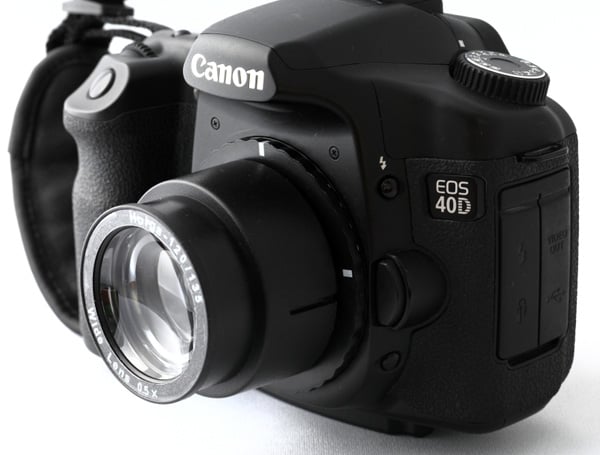 This is the Holga lens with wide-angle converter. The converter slides over the top of the lens. 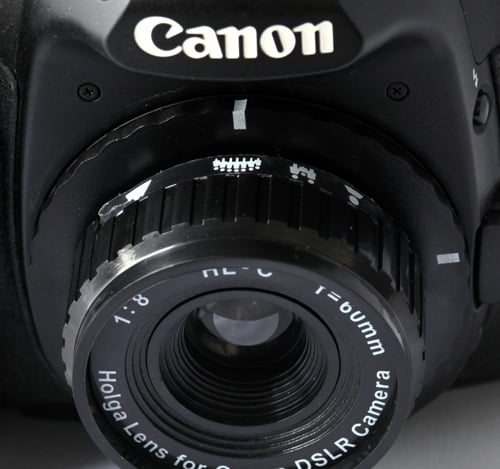 There are no numbers on the scale used for focusing on the Holga lens. Instead, there are four diagrams to indicate focusing distance points of 0.7 metres (single head icon), 2.0 metres (three people), 6.0 metres (seven people) and ten metres (mountains) respectively. I found that despite the dark viewfinder image I could still focus by looking through the viewfinder and turning the focusing ring until the image was sharpest.

Differences between Film and Digital

There are some differences between the images created with a Holga camera and a Holga lens on a digital camera. The first is format – while it does depend on which Holga film camera you use as there are versions that use the 6x4.5cm format or accept 35mm film, the standard format for Holga film cameras is square. Put a Holga lens on a digital camera and you're using the rectangular 35mm format. While you can crop, it should be noted that you won't always get the same vignetting effect.

There are several benefits to using a Holga lens on a digital camera. The first is time and convenience – you don't have to buy, process and scan film. You can use the Raw format if you want to and it's easy to process your photos extensively in Lightroom or Photoshop.

Another factor to bear in mind is the crop factor. Holga lenses are made for medium format cameras, and this means that a wide-angle Holga lens is effectively a telephoto or standard lens by the time that you put it on a crop-sensor or full-frame digital camera.

Most people who shoot medium format consider a 60mm lens to be a wide/normal lens, like a 35mm lens on a full frame camera. Also consider that one of the big appeals of the Holga is vignetting and soft edges. By shooting with a small sensor, you're essentially cropping out some of those effects, but as you'll see the wide angle adapter helps with both of these problems.

The Holga Lens in Practice 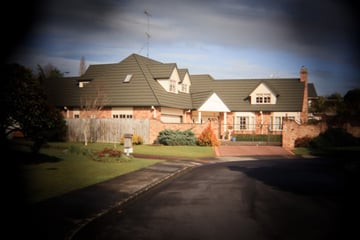 I tried the Holga lens out first on my EOS 5D Mark II, which is a full frame camera. As you can see in the example above, taken with the wide-angle adapter fitted to the lens, the vignetting is quite heavy.

However, if you crop to the square format, the vignetting takes on a similar feel to what you would get with a Holga film camera. It's not a feature on my 5D Mark II, but some cameras that have the Live View function have an option to use the square format. So if you don't mind using Live View and looking at the image on the camera's LCD screen, you can frame the image quite precisely.

The other thing that took some getting used to is the darkness of image in the viewfinder. According to Holga Direct, the aperture of the Holga lens is f8, although it seems darker than that to me. The aperture is fixed, and I had to use ISO settings of between 1600 and 3200 to get a shutter speed fast enough to hand-hold the camera and avoid camera shake. Having said that, it is winter here and this will be less of a problem in bright, sunny conditions. 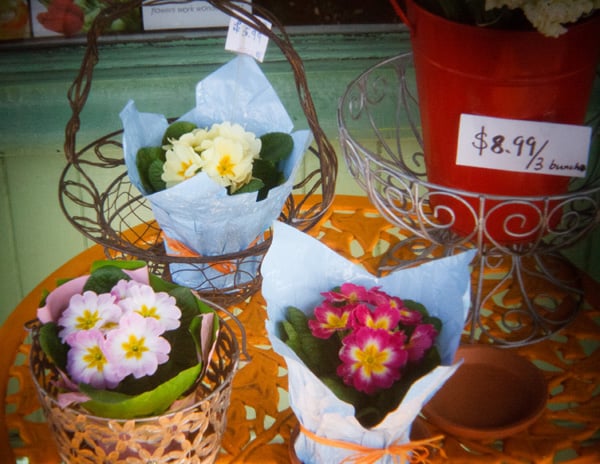 Because of the heavy vignetting on my 5D Mark II I switched to my EOS 40D which has a smaller sensor. The crop factor of this camera means that only the central part of the lens is used to form the image. As mentioned earlier, this means that there is less vignetting and that the images are sharper.

The only disadvantage is that the Holga lens with wide-angle attachment has a focal length of 30mm, which is equivalent to a standard lens on the EOS 40D. In other words, you don't have a wide-angle lens. One way around this if it bothers you is to use the fish-eye adapter. The crop factor of digital cameras means that this is effectively a wide-angle lens, not a fisheye. 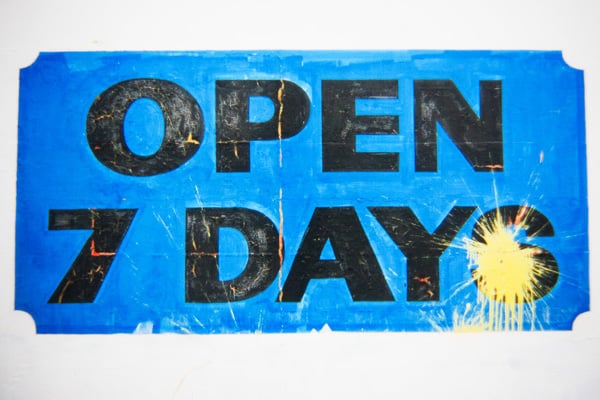 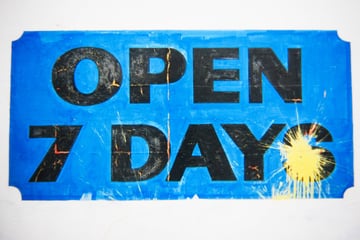 Strong, simple compositions like this one seem to work the best. I found it best to place the subject in the centre of the frame, as that's where the best image quality is.

I found that the images straight out of the camera were quite flat and as a result I've increased the contrast a lot in post-processing. I think the flatness is just a natural result of the softness of the lens diffusing the light that passes through it. Again, like the aperture, this is something I'm sure will be less of a disadvantage in bright, sunny conditions. 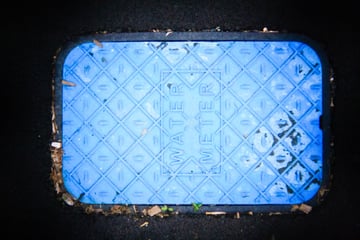 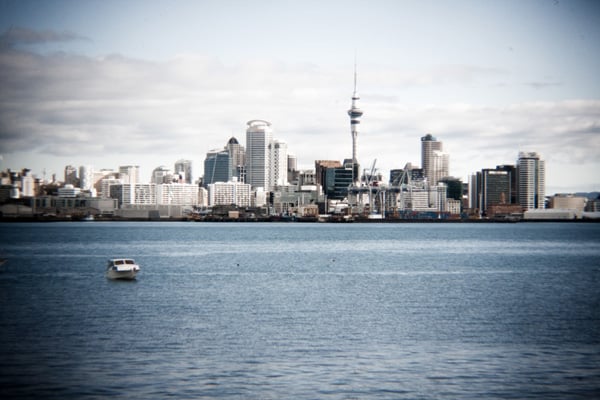 This photo also shows the difference in quality between the centre of the image and the edge: 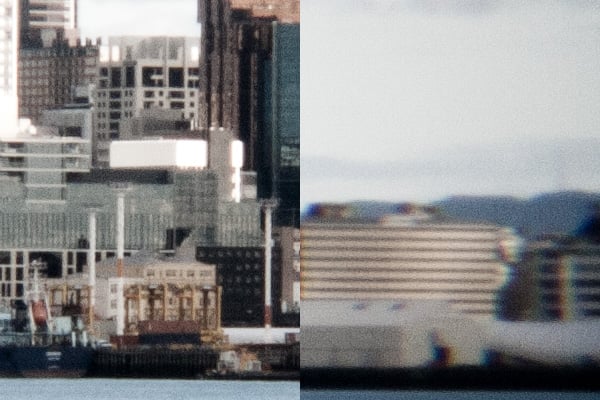 You can see the difference in image quality between the centre and the edge of the photo quite clearly in this 100 percent magnification. 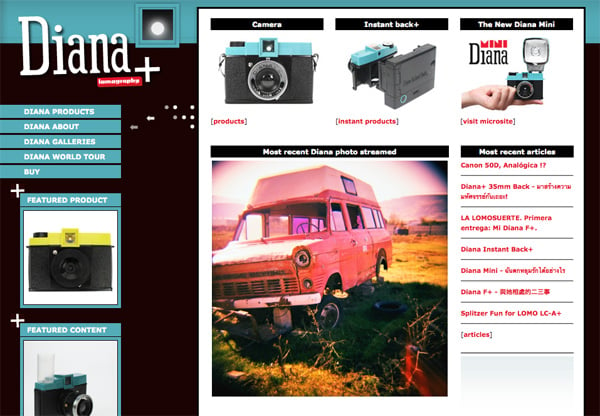 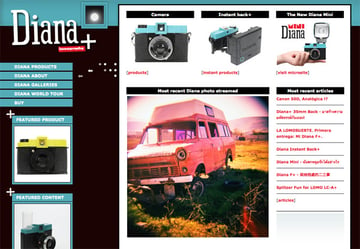 Lenses for another popular toy camera, the Diana, are also now available with digital camera mounts. There's information on the Diana F+ 38mm super wide lens, Diana F+ 20mm fisheye lens, Diana F+ close-up and wide-angle lens and Diana F+ 110mm telephoto lens on the Lomography website. These lens are a little different because the Diana produced by Lomography actually has interchangeable lens. You buy an adapter to mount the different lens on your camera.

One result of the popularity of Holga and other toy cameras is that lots of websites have sprung up to cater for their users. Check out these websites for more information on Holga cameras and lenses, and for galleries of photos taken with them.

If you have any of the lenses mentioned in the this articles, please share some links to your images in the comments below. And share you regular toy camera images as well!