Once a month, we'll be bringing you a tipster from Lomography.com. Their ever-growing database of film knowledge offers trick, tips and techniques that often outside the realm of mainstream photography. This month we're showcasing a tipster by shoujoai and translated by duckduckninja that will show you how to develop black and white film with some common household products, a growing trend in film photography.

When I had just re-kindled my love for analog photography, I sat one evening with a friend and a beer, when he asked me if I had already tried out developing film with coffee. With coffee? Huh? The next day he sent me a link to Caffenol.

I was definitely curious. I hadn’t even bothered with the idea of film development until then nor found it all that necessary, but coffee sounds so experimental and exciting that I became curious. 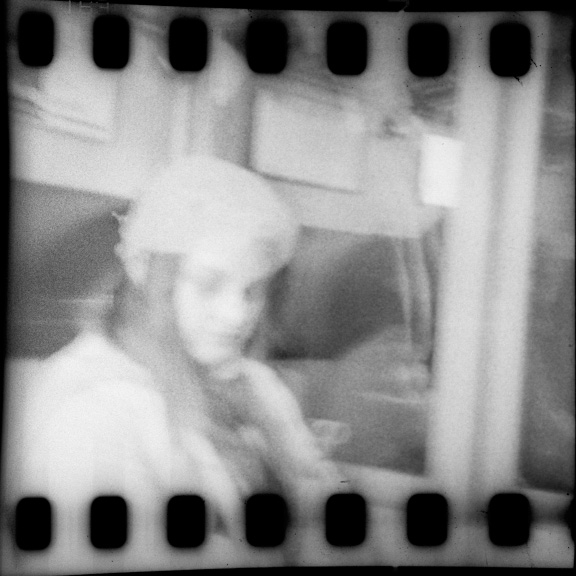 In my next Internet order I added a film developing tank to the cart (A cheap plastic tank that holds either two lengths of 35mm film or one of 120 film). Then I checked off the other necessities on my shopping list:

I don’t know the costs for B&W developers, but I suspect that it’s is not all that much more expensive than the stuff for this alternate process, but this is all about trying coffee.

For a 35mm film It takes about 0.375 liter of the mixture. For two this doubles (surprise) and for a 120 film 0.590 liter. But this should also appear on the bottom of the developing tank.

Here is the recipe for 0.375 liter, will be necessary to be converted for other amounts.

It has quite a smell!

Vitamin C shortens the development time and ensures that the negatives are not discolored by the coffee.

If the three solutions are prepared and a timer is at hand (found on most phones) you can start! Starting in the dark room, store room or whatever, load the film into the tank, cover it, and again back into the light. 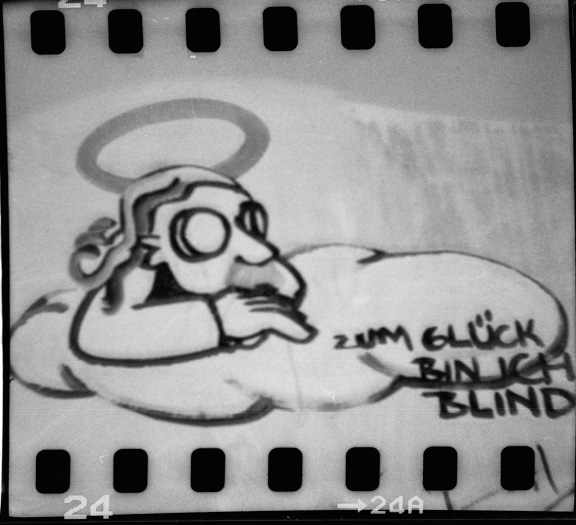 Then pour the foul smelling coffee developer, set the timer for 12 minutes and during the first Minute continuously agitate the developing tank slowly.

After the first minute, once every 20 seconds.

After the 12 minutes are up, the developer solution is poured out and the tank rinsed with water. Fill with water, agitate 6 times, then dump. Repeat 2 times.

Then the fixer is poured in and the timer set for 5 minutes. In these 5 minutes, the tank is again to be agitated every 20 seconds. Then pour the fixer out.

Fill with clean water. Agitate the tank 3 times, then pour out.

Then fill the tank with water containing the drops of rinsing agent. Agitate 24 times then pour it out. The film is now finished. The tank can now be opened completely and the film hung to dry with a clothes pin. It is recommended the hanging end of the film be weight down, so as to be kept as straight as possible. Wipe off excess water with a single pass of your fingers. 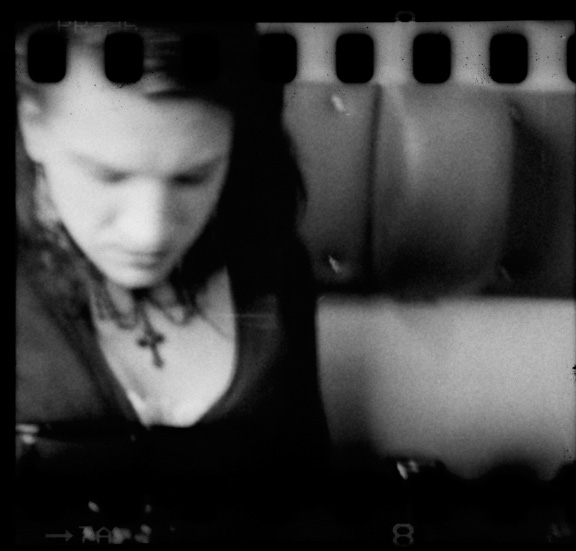 Once the film is dry, it can be scanned.

The initial results have really surprised me: other than the waviness being more difficult to tame in the Film scanner, I couldn’t see any difference!

The first try was with Fuji Neopan ISO 400 and ISO 1600, the results of which are shown in the photos above.

Later, I foolishly tried to reuse the developing solution on the following day. Finishing the development process, I realized that in this case I’ve messed up the film and can only see the strongly overexposed photos. It was Fuji Neopan 1600. The fixer poured out pink, usually it remains clear. 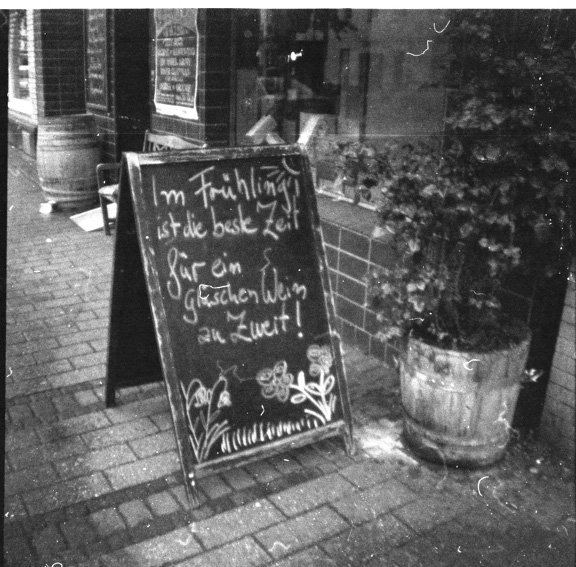 Since then, I’ve always used fresh solutions. And I have since tried medium format film developed with Caffenol.

As you can see I am very quickly becoming familiar with the technology. The most difficult part is obtaining the fixing solution because I have to take a 20 minute detour to the photo shop, everything else can be found in normal shopping. The biggest purchase was the developing tank.

I enjoy being able to admire my B&W photos directly after shooting rather than always having to wait two working days!

Anybody who does not want to buy the fixing solution should look at the tipster by somapic which tries a similar approach to the development (but without vitamin C). The tutorial is in German though.

Have you ever developed using this method? Please post your result or any tip you have in the comments below.

This tutorial was provided by and originally published on Lomography.com. Give their site a visit for more film and photography tipsters.