If you're a modern photographer, you're probably shooting digital and have left behind some of the coolest photo accessories ever made. There's no need to carry a film canister bandolier. There's no need for dangerous, exploding flash bulbs. But fear not! Some old school photography accessories are still very relevant, and pretty awesome! 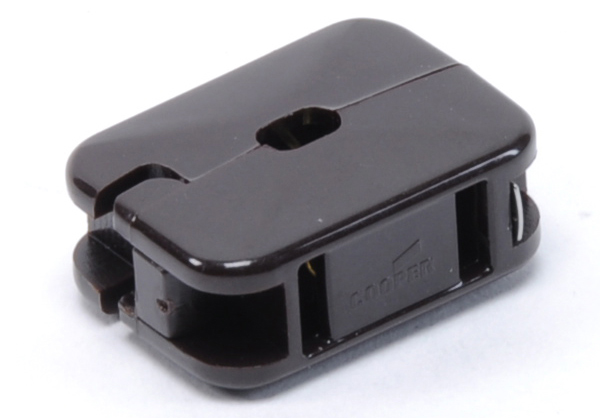 In a world of RadioPoppers and Pocket Wizards, we sometime forget that most flashes and strobes can be fired with cords as well. A common hook up that is still available on many studio strobes is called "household" which basically adapts the common plugs and wiring found on lamps and other household electronics into flash firing cords. The Add-A-Tap system allow you to string as much cord as you want and "add a tap" or add at outlet at any place along the cord.

Add-A-Tap accessories can be found at many electronic stores because they are used for other applications at well. The accessories are usually pretty cheap, and lamp cord is also very inexpensive. If you figure out a way to adapt your lights to household, which at most involves a little wire stripping and electrical tape, you'll have a cheap and potentially long-range system. 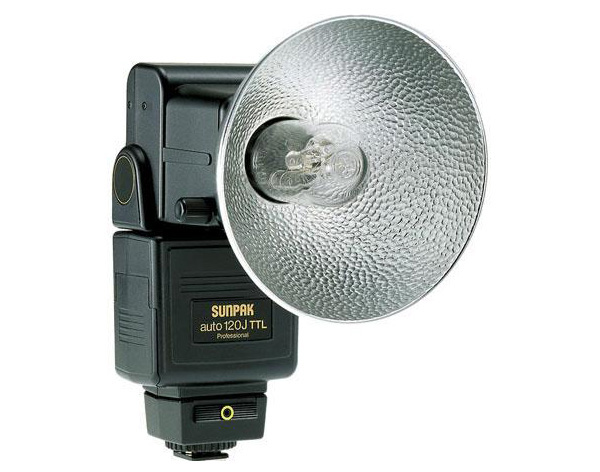 Studio lights are consider bare bulb, but are often not used that way because they usually are used with umbrellas, softboxes or other modifiers. If you think back to those old news cameras with the aforementioned smokey, popping flash bulbs, that was bare bulb. For awhile, these types of flashes were produced as modern hotshoe flashes. The Sunpak 120J (pictured above) was the most prolific, and can still be found used.

A bare bulb flash can produce a really interesting effect. Just imagine all those high society photos from the first half of the 1900s. There are two other companies that I've found in my research that produce similar products, but they are quite expensive . Norman still produces a system that's not quite a hotshoe flash. Quantum also produces a system that is hotshoe, but also costs a pretty penny.

Here's another alternative to expensive wireless transmitters. Optical slaves attach to flashes and cause them to fire at the exact same time as another flash. Well, not exactly the same time, but close enough that it doesn't matter. You use a regular hotshoe flash or a flash attached to via a cord as the "master."

Optical slaves come in all shapes and sizes. Wein is the dominant company in the market. Some are better than others, but very good ones can be purchased for around $50 USD. How well they function depends on the ambient light (they work better in the dark than outside at noon) and the distance and power of the master unit. While they don't require line-of-sight, it certainly helps. 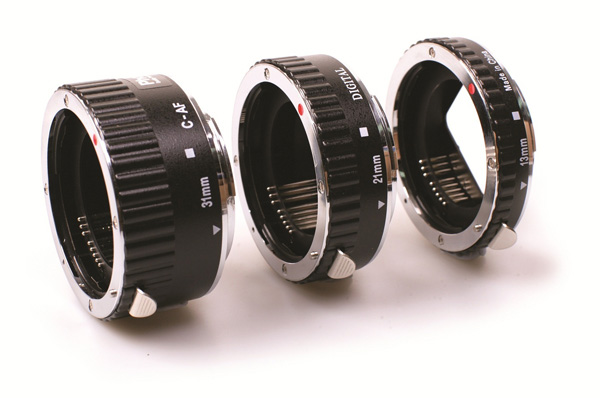 Macro lenses can be expensive. Close-up filters can have some weird issues, and for the same price you can get a set of extension tubes. Many companies make them. You can get ones made by the same company your camera is made by, or go with a third-party manufacturer like Phottix (pictured above). They allow you to make any lens a macro lens.

There are a few tricky things to keep in mind. First, with the tube attached (unlike dedicated macro lenses), you will not be able to focus on things far away. Secondly, they also will affect your exposure. The Phottix model can be had for less that $20 USD.

Are you a manual focus maverick? Did you know that the focusing screens built into modern DSLRs are horrible for manual focusing? In the olden days, nicer film SLR and almost all medium format cameras had user-interchangable focusing screens. The Nikon F3, for example, had dozens to choose from. If you like using manual focus lenses or you want to experiment with alternative focusing screens, like a flat matte or a microprism, you should really consider replacing your focusing screen.

KatzEyes is one company that sells modern screens, but replacing them in modern camera is very difficult. A person with a few tools and steady hands can do it, but it takes some time and tiny fingers or twezzers. The price tag for the KatzEyes version will typically cost you around $100 USD. The company also offers installation instructions for each camera model.

Digital cameras and modern lenses are wonderful, but the results are often very similar. Photographers are reaching back to older technologies to get a different look. These could be some useful tools to start you on that path. Good luck, and go retro!