Flash photography seems to scare a lot of photographers away. It can be complicated and overwhelming to command the power of the light, and leaves too many photos with flash that blinds a subject like a spotlight. Today, we're tackling and taming the power of flash photography.

Understanding how flash works can add a brand new dimension to your photography. No longer are you subject to the whims of the light around you.

With an understanding of flash, you can bring your own light into the equation and control how a scene is lit. However, it's not always easy to get started, so today I'll be walking you through some great tricks you can use for better flash photography.

The first thing we need to understand are the basic terms that we will be using. 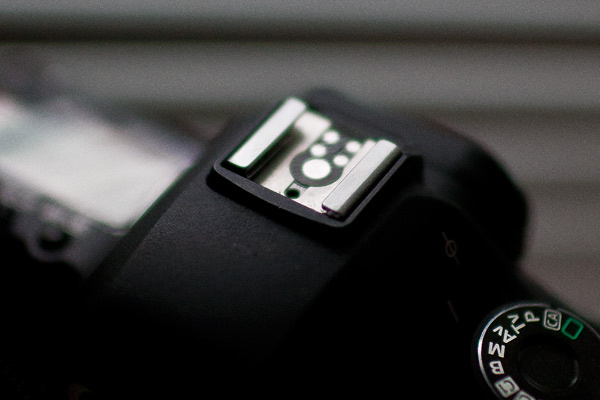 This is the hot shoe, where your flash unit will attach.

The hot shoe is the part of the camera where the flash attaches. This is almost always directly above the camera's viewfinder. Many basic point and shoot cameras lack hot shoes, and this is one of the factors that differentiates entry level cameras from upper level ones.

The Vivitar 285HV flash is one of my favorites for manual flash usage. It's been in photographers' bags for well over 25 years.

Also known as the speedlight or strobe, small flash units are tiny dynamos that can introduce a lot of light.

Also available are large studio units which you might hear called monolights or just studio lights. These differ from small flash units because they typically need to be plugged in (as opposed to battery powered) and they output a lot more light.

For the purpose of this tutorial, we'll be looking at small, battery powered flash units, frequently referred to collectively as speedlights.

If you've never shot flash photography, you may not be familiar with the concept of sync speed. You may already have dabbled in photography long enough to know what shutter speed is, but if not, the easiest way to explain it is the amount of time that a shutter stays open to capture motion.

There are limits for how fast your shutter speed can be when using flash with it, and for most cameras it must be longer than a 1/125th or 1/250th of a second, and will vary depending on model. 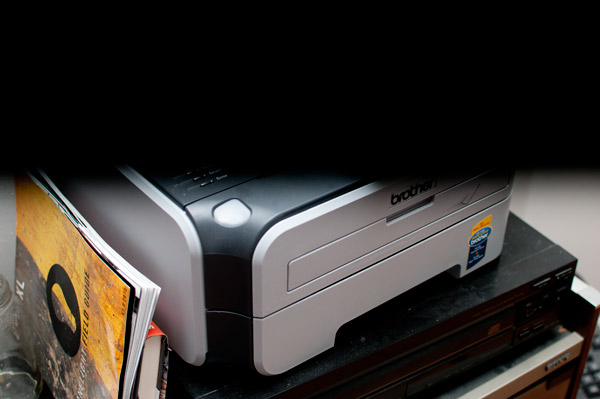 This photo demonstrates what happens when you use a shutter speed that is too fast for your flash units.

iTTL and eTTL are terms used to let us know that our flash units are smart. iTTL is a Nikon technology, while eTTL is a Canon technology. Flash with this feature are capable of communicating with the camera to determine just how much flash power is needed to light the scene.

There are really two types of light: ambient light and flash. When we talk about ambient light, we are talking about the constant sources that are in our environments. The sun provides ambient light, and so do things like light fixtures. Flash, on the other hand, is the light introduced by speedlights or larger studio flash units.

If you know you want to add a flash to your setup but aren't sure what unit to buy, you're not alone. As is true with any type of photography gear, there seem to be a limitless number of choices that can overwhelm new photographers.

You might be tempted by the low cost units on eBay from third party manufacturers, but they likely lack some features or the power of modern flash units.

Choosing a corresponding unit pretty much guarantees that you will get a feature packed flash that allows you to reach the full power of your camera system. If you opt to go for low cost options, you may be left out in the cold on technologies like iTTL and eTTL and have to choose all of the settings on your own. 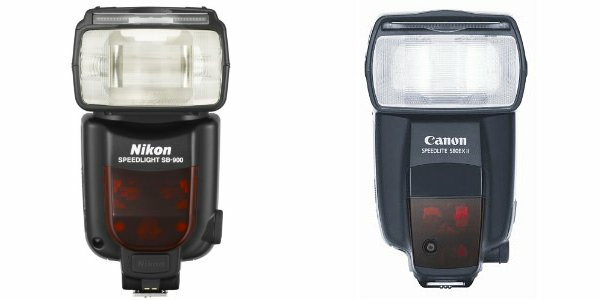 My recommendation is to choose an iTTL/eTTL enabled flash for your first unit. It's best to start with the training wheels still on, letting the flash handle most of the work. You can increasingly modify or alter settings and increase your flash skill.

A good plan always starts with a solid strategy. The first thing that we need to think about is the way we want to use flash. For the purpose of this article, I'm going to assume that we are talking about natural, fill flash style lighting.

This means that we use the flash to provide lighting that doesn't stand out or have the telltale signs of flash.

One of the first secrets that I can offer to new flash users is that pointing a flash directly at your subject is a bad recipe for flash success. You're going to get harsh shadows and give a subject the "deer in the headlights" look. 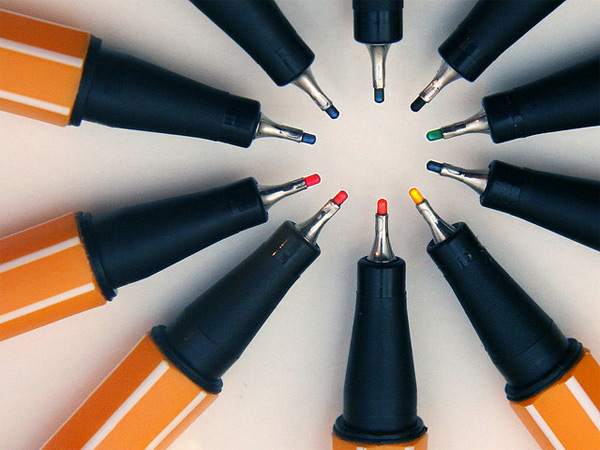 I love the way that the bounce flash provided for the soft lighting on these pens. It's a simple bounce flash photo from Flickr user Blyzz that works perfectly.

The best thing to do is to bounce the flash when possible. This means firing the flash at a surface that will throw back light. When you're photographing indoors, firing it at the ceiling is an obvious step. However, you can also turn your flash around to fire at a wall when that's a possibility too.

The basic issue with the light from speedlights is that it's a lot of light coming from a very small box. Smaller light sources are harsher in nature, and given our gameplan discussed above, this is not ideal. What we can do is add a diffuser that will enlarge the size of the flash area and thus throw off softer light. 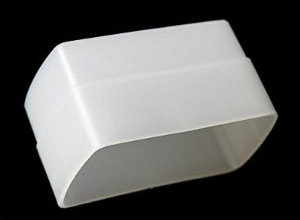 One of my favorite diffusers is this Sto-Fen Omnibounce that works perfectly for softening the flash.

One of my favorite things to show beginners is the ability to adjust flash compensation. It's the easiest way to control flash power without being overwhelmed by all of the other settings of your camera. With flash compensation, we can tweak the power output by the flash, without having to completely set it on our own.

When we shoot the flash in a smart mode such as iTTL/eTTL, it's going to select the flash power on its own. However, we all know that the technology isn't perfect, and just because the camera thinks it's applying the proper power doesn't mean that it's painting the scene the way we want.

With flash compensation, we can overcome this shortcoming by tweaking that power output. If the flash has too much output, we can dial it down. If our subject isn't lit enough, we can add power via compensation in order to get it right.

The flash compensation scale is expressed in "stops". If you aren't familiar with the term, the scale to measure the amount of light as our camera measures it.

Each flash is going to compensate power a bit differently. With my own usage of flash, I always dial the flash compensation down so that less flash power is used than is called for. My goal is to always hide the fact that I'm using flash, so dialing in negative flash compensation is my go-to move.

I think that gels are one of the most overlooked options when it comes to adjusting and modifying our flash. I don't often see gels discussed in introductory lighting talk, but I think it should definitely be one of the first things that you are aware of. We can use flash gels in order to change the color of the light coming from our flash.

My strategy is always to match the color of the flash to the light. When I'm attempting to light naturally, the name of the game is just making the flash colors match. If our flash outputs a different color light than the ambient light (and it often will) then we are going to have issues.

This is one of the reasons that flash often looks "out of place". It doesn't fit with our lighting setup and you can easily tell that flash is being used.

What if we don't like the "color" of the ambient light in our shooting environment? Doesn't matter - we still want to gel the flash to match. We can adjust the white balance in post processing to fix the light color, but not if the various lights are different colors. The goal here is to match the light, and then adjust the whole thing in post. It's almost impossible to adjust lights of varying color temperatures, so we want to shoot to unify the color.

Flash gels are very inexpensive and provide great value for the effects they provide. There are a few go-to gels that many photographers will use for matching light. 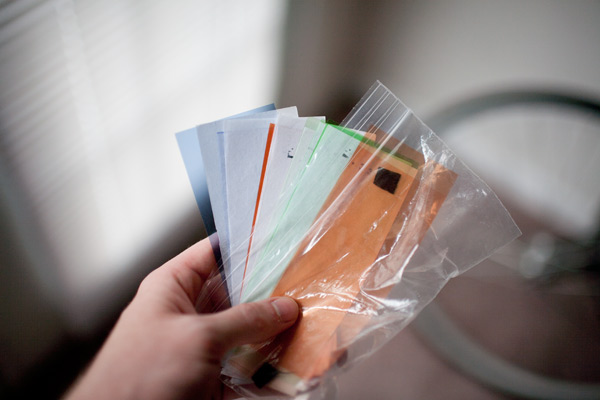 Gels are a great way to adjust the color of the flash to match the ambient light, or for creative effects.

There's no doubt that flash can be scary to take on. However, being a skilled photographer means mastering these types of skills so that we can tackle more and more shooting scenarios as they are presented to us.

The more lighting situations we can handle, the more environments we can use to shoot in, and flash is a great way to master these situations.