Does flash photography scare you? Are you not getting the results from your speedlight that you want? In our FlashMasters series, we're going to take care of your flash fears. In our first installment, we'll be teaching you the lingo of lighting.

Ambient light, or "available light", is the natural light present in an area, and can basically be defined as any light that doesn't come from the flash. If you're outside during the day, the sun is probably providing the bulk of your ambient light. Flash can be used instead of ambient light, or alongside it to complement the available ambient light.

A flash or strobe is a unit used to produce light in photographs. The terms are interchangeable, but strobe is the term most often used for studio style flashes.

A speedlight (Nikon) or speedlite (Canon) is a term that is used almost interchangeably with "flash." These are simply generic names for the battery powered, portable flash units that can be used either on top of a camera or wirelessly with an appropriate system. 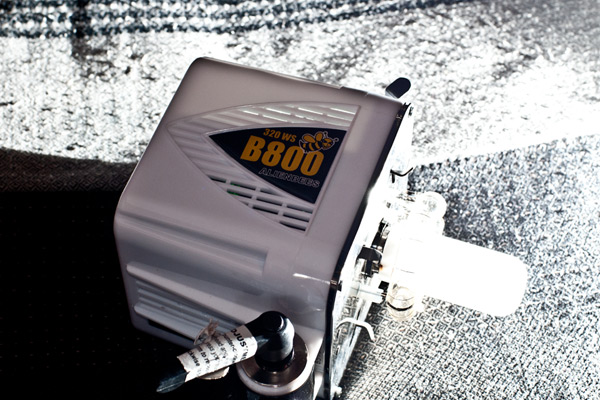 A monolight is a larger flash unit that needs to be plugged in to a wall outlet or portable battery system. These are more powerful than speedlights and are typically preferred for studio work because of the high levels of flash output and ease of use with modifiers.

A pack and head system is an advanced flash system that differs from monolights. With a monolight, each light is plugged directly into an outlet. In contrast, a pack and head system features one central power pack that all the "heads" - the parts responsible for the flash - are plugged into. These are frequently preferred in large studio setups and are the choice for many professionals because of the lightweight heads and potential for extremely powerful outputs. 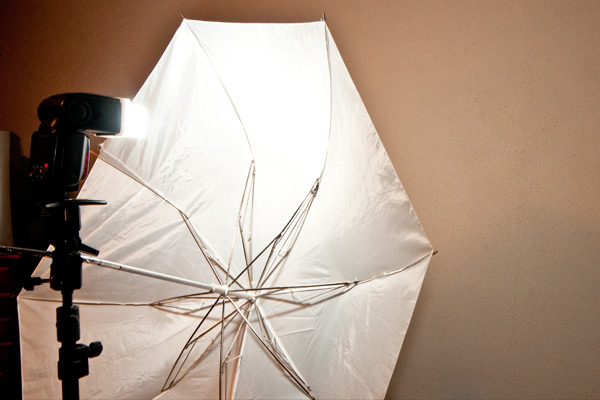 This term is pretty self explanatory, but the usage of off-camera flash has become wildly popular in the last few years and has really changed the way that some people approach photography and how flash is used. When used properly, moving the flash away from the camera and off the camera axis allows for far more flattering usages of flash and create looks that aren't possible with the flash in the hot shoe. Off-camera flash can be achieved using cords or wireless transmitters. 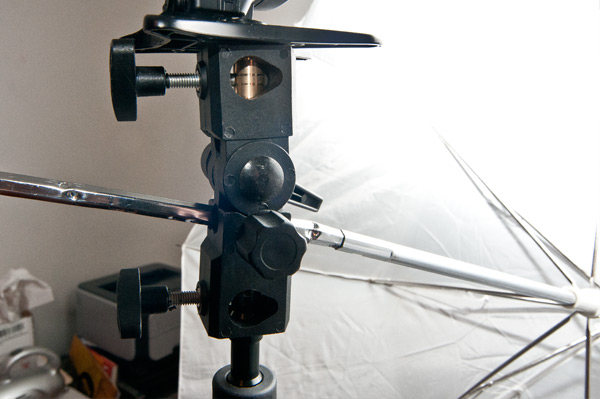 An umbrella bracket is used in conjunction with a light stand in order to attach a speedlight and use it with a reflective umbrella. 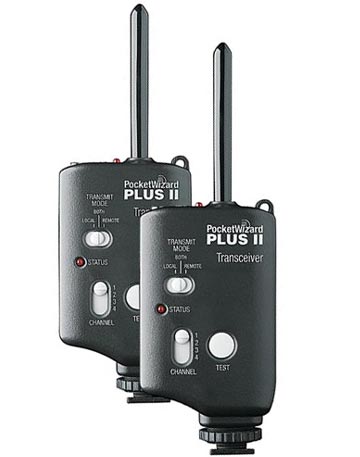 If you've delved into the world of off-camera flash, you've probably heard people raving about their Pocket Wizards in order to trigger off-camera flash units wirelessly. RadioPoppers and Cybersyncs are similar products that accomplish the same task. Also available are the popular "eBay triggers" - a blanket term for a number of foreign made, inexpensive flash triggers.

CLS is Nikon's wireless flash technology that uses line of sight technology in order to trigger flash units wirelessly. This technology is built into most Nikon flashes and you can find more about it here.

The sync speed, mentioned above, can be bypassed with some modern technologies built into the flash units. Auto FP is a Nikon technology, while High Speed Sync is Canon's term for the same system. With these technologies, you can use flash at the higher shutter speeds, although the flash will lose power output.

iTTL (Nikon) and eTTL (Canon) are the newest technologies built into flash units. TTL - or through the lens - is a technology used to determine the amount of flash power needed, and the "i" and "e" simply signify the newest generation of this auto exposure flash technology. 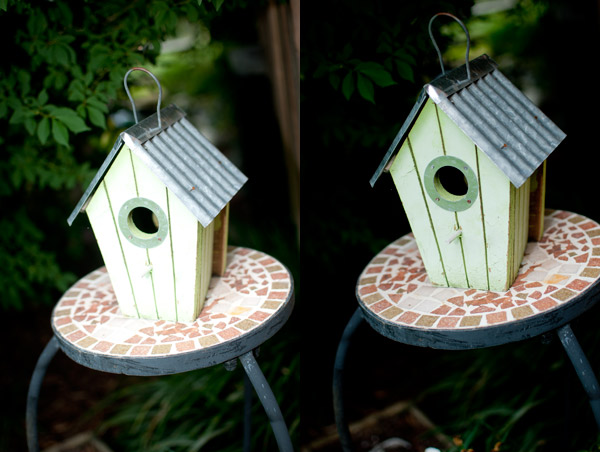 Bouncing flash allows you to spread your flash over a much larger source. In using bounce flash, the speedlight's head is frequently aimed at the ceiling or wall. In doing so, flash hits the larger surface and is reflected (or bounced) back, allowing you to illuminate a larger area.

A light modifier is any type of equipment that is used to alter the way that light from a speedlight or larger flash unit is spread. Some modifiers serve to soften and spread the light, while others are used in order to focus the beam of the flash. Some work through reflection, like umbrellas. Others work through diffusion, like softboxes.

Many photographers feel that the small flash source of speedlights does not lend itself to flattering light, and therefore use large modifiers such as umbrellas and softboxes to provide more flattering light. 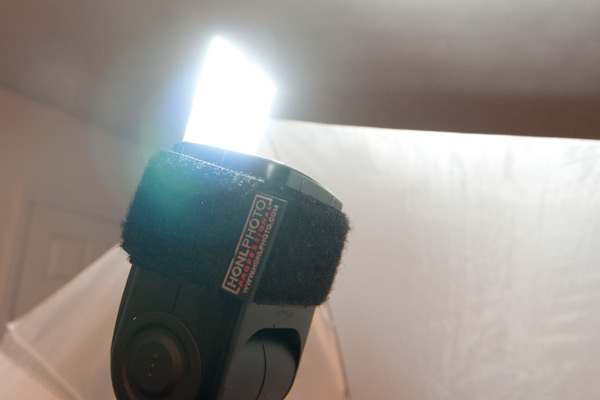 Bounce cards are frequently built into flash units in order to provide a way to bounce light off a ceiling or wall while at the same time kicking some light directly at the subject. On many flashes, this card can be pulled out and used for an easy, portable bounce surface. The old school bounce card consisted of a business card and rubber band.

A diffuser is a type of modifier that is typically used with an on camera speedlight and allows for an easy spread of the light. It provides slightly softer lighting. It spreads the light more evenly and is a significant upgrade over just aiming the flash head directly at your subject. 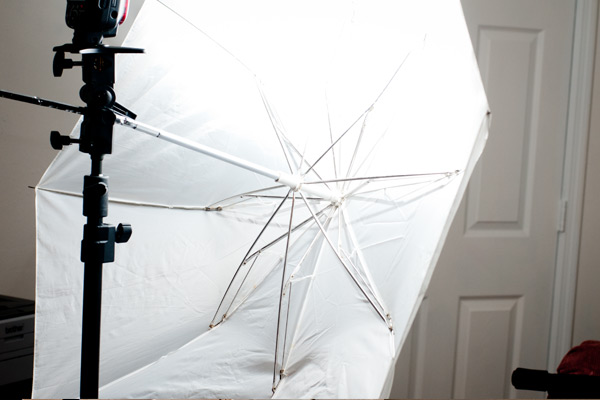 An umbrella is a type of modifier that helps to soften light from a flash source. There are different types of umbrellas: shoot through and reflective. Shoot through umbrellas are typically white, and are utilized by aiming the flash through it and toward the subject. Reflective umbrellas - either silver, gold, or black, are used by aiming flash toward the umbrella. The flash fires into the umbrella, hits the umbrella and is spread and reflected back onto the subject.

A softbox is another light softening modifier that serves to better flatter your subject. Softboxes are different from umbrellas in that the light is typically a little more focused and can be more easily controlled. Also, softboxes can be modified further using add ons such as grids that focus the light.

A ring flash is a type of modifier that is circular in nature and provides a very unique type of light. Two types of ring flashes are available: standalone units and modifiers. With a ring flash modifier, you are using an add-on to either a large flash unit or a speedlight to shape the light into a ring, while standalone units serve only one purpose of providing efficient ring flash. 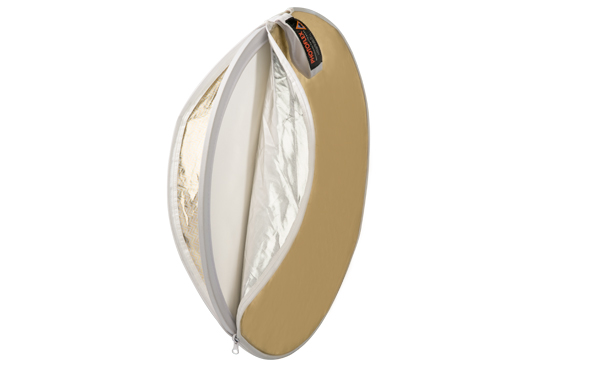 Reflector can mean one of two things: the piece placed around a monolight to shape the beam (often called a beauty dish), or anything used to throw light back on a subject naturally. The latter can be purchased as collapsible discs shiny cloth discs or items as simple as white poster board can be used. 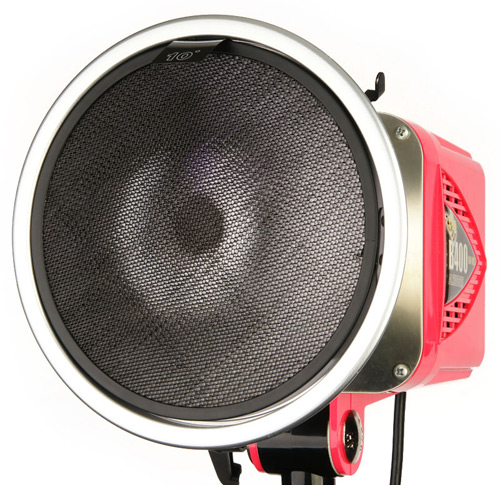 A grid is used in order to focus the beam of light and can be used on a softbox or directly on a monolight. This of them as honeycombs. Grids come in different meshes, from very small opening to one this size of your fist. 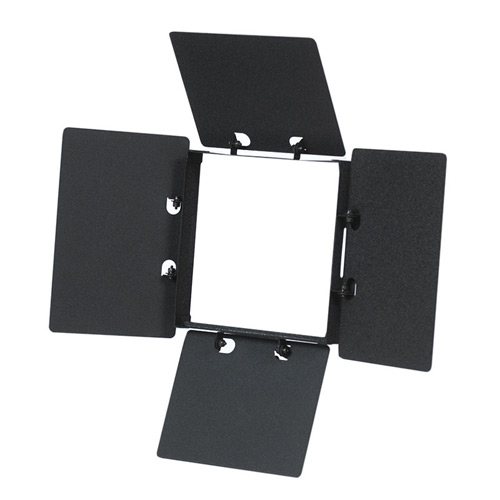 Barndoors used on a light source allow the control of the edges of the light. When you think of a typical theater stage like, the flaps attached to the front of that light are barndoors. 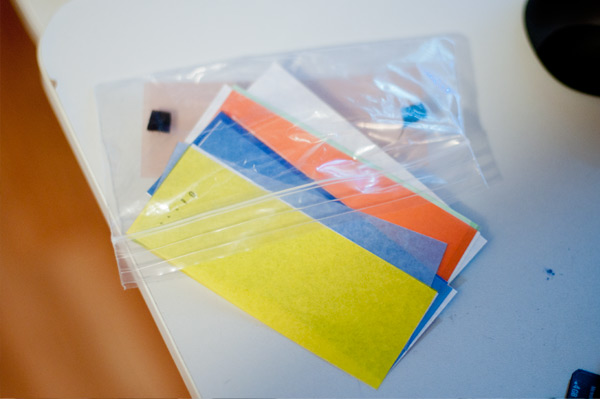 Familiarity with flash terms is a great step toward becoming flash fluent. In the upcoming parts of this series, we're going to tackle how to use these flash functions to create great flash photography.