In May, Fujifilm starts replacing the sensors on the X10 compact, after complains, around the world, of white orbs appearing on the images taken with the camera. Would you buy this camera? The appearance of white orbs on the pictures taken with the Fujifilm X10 created a whole discussion on the web about the quality of Fujifilm products and if consumers should trust the company.

Forums online rapidly filled up with lots of opinions and even more complains about the white orbs, apparently created by the CMOS sensor, on highlight areas of the image. 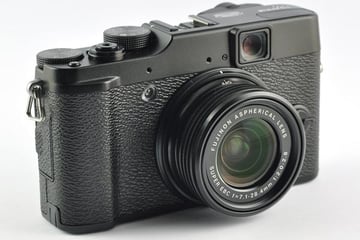 The retro style of this small compact makes it attractive to advanced photographers.

Although the small X10 is the name often mentioned, in truth, there is another camera from the recently launched Fujifilm X series cameras that has the same problem: the superzoom X-S1. But because the X10 is a high-end model and is closer to the X100 and the new X-Pro1 line of retro styled cameras, it is sold to a more advanced type of user, that soon spotted the white featureless marks on the whiter areas of some images.

Fujifilm launched a firmware updated that was supposed to solve the problem but in fact it did not, which made people even more angry. They had just bought an expensive camera only to find that it would create forms like round UFOs on their images. So the forums online had more and more people talking about the problem. It's, somehow, a sign, for good and for bad, of the power of the web. 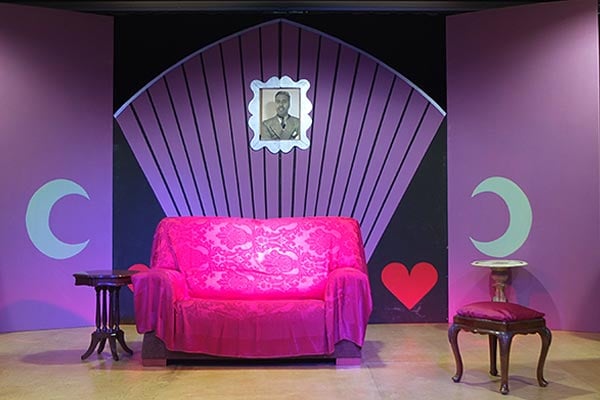 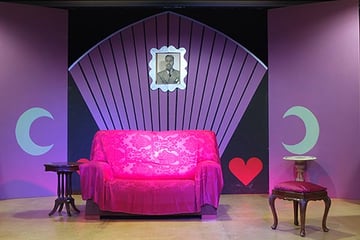 The luminous lens works fine in theatrical performance. Exposure at 100 ISO, 1/13 at f/2.

New sensor arrives in May

Now Fujifilm has stated that, from May on, they will start to change the defective sensors with a reformulated sensor for all those customers that claim they've problems. So this has more or less dried up the conversation, and many have found something else to moan about.

The "blooming" effect present in Fujifilm X10 and XS-1, says Fujifilm, can occur with all digital cameras which use CMOS sensors, but will be more visible under certain shooting conditions... and, let me add here, it seems these models are more prone to show it.

Although, the solution for the problem seems to be found, for many now, the question is just one: should I buy this camera? I had a Fujifilm X10 in for near a month, for a practical review, and I can say I would not mind having one... white orbs included. Now, before you say that I am a Fujifilm fan boy, let me state I just have an old medium-format Fujifilm camera, and I just had this new camera on loan for a period of time.

Great reviews before the orbs

Looking through my images taken with the camera, I'll find I am one of the lucky ones. I have no trace of white orbs. I do know some people will claim that given the chance they would find a way to get white orbs with the camera I used, but I do not see any. This led me to do a search on the web looking for initial reviews of the Fujifilm X10. Surprise, surprise!

Websites that people usually read, from Luminous Landscape to DPReview, from PhotographyBlog to Techradar or CNet, seem to have completely missed the white orbs in their initial review. If you don't believe me search for their reviews and you'll agree with me and them. This is a fantastic little camera that will be a tool for serious photographers for a long, long time.

In fact, if we don't look at the white orbs phenomenon - and May will put an end to the problem, where it exists, we all hope - the Fujifilm X10 is an interesting all-round camera for people that like to control what they do. 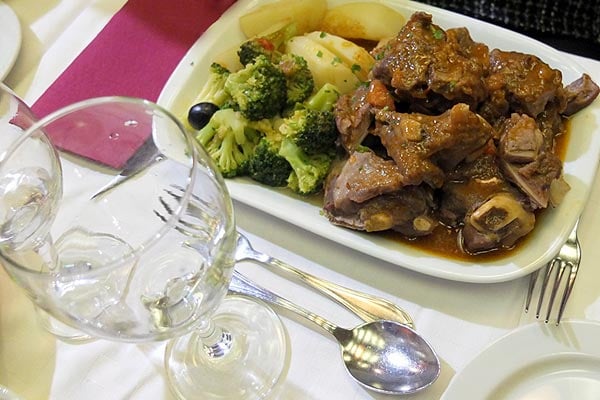 It's a nice to look at and nice to use little X camera sporting a very usable and luminous 28-112mm f/2.0-2.8 zoom working with an EXR CMOS 2/3 inch sensor with 12 million pixels, manual zoom (thanks Fujifilm), video up to 1080p, continuous shooting at 7 fps, ISO going from 100 to 12800 (although 3200 ISO is the limit at the maximum resolution), pop-up flash hidden in the body and lifted manually, hot shoe for external flash, RAW files, and a panorama mode up to 360 degrees that surprised me and made me think that technology has come a long way.

We sometimes do not pay enough attention to new features, like these, and once we do and find they're well implemented it's time to rejoice and explore the new options. So I did. 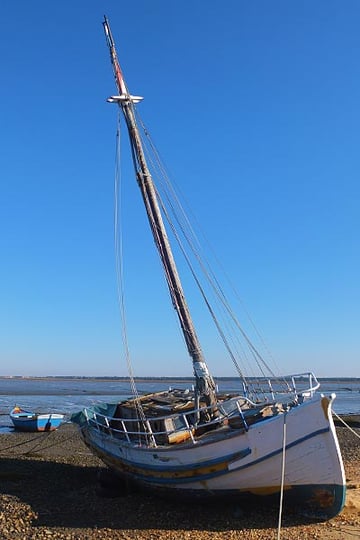 With all the automatic things you expect in a camera launched these days, the X10 is still able to let you control manually things like aperture, speed and other stuff that photographers want in a small, take around camera that's also ideal for street photography. Although, the camera is related to the X100 and X-Pro 1, and has the same old style appearance, its viewfinder is not of the hybrid type Fujifilm developed, and it feels a bit like a dark corridor without much info about what the camera is doing.

I always prefer to use a viewfinder to frame my subjects but here I'll go for the LCD screen on the back most of the time. I guess we've all come to be so much used to having all information available, that looking through a back to basic viewfinder does not seem so interesting anymore. And I am mainly a DSLR user, so I love real optical viewfinders with lots of info.

This is a practical review, so... enough data about specifications you can find other places. What is more important to me is how this camera works in the real world. I've found Fujifilm engineers have created some strange limitations, like the shutter speed stopping at 1/1000 in aperture and speed priority, even more so because in full manual I can go all the way up to 1/4000, which lets me explore the full potential of the zoom apertures of f/2.0 and even f/2.8 at 112mm. This is something that I guess a firmware update can change, and I hope Fujifilm does. Unless they decided that only those that use a manual mode can get the most out of this little jewel. 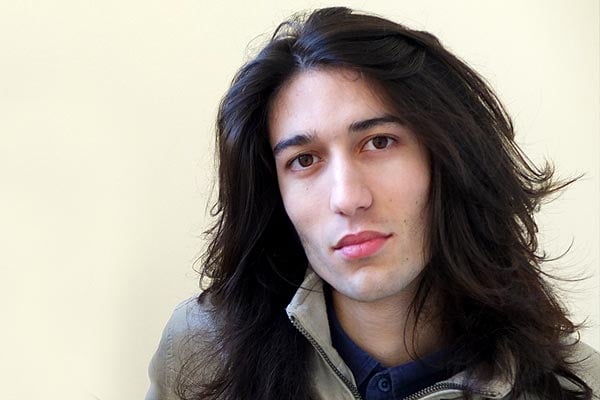 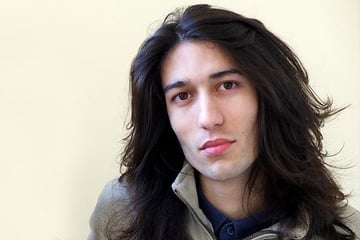 The X10's small sensor, although bigger than those used in compacts in general, is surprisingly good, even at higher resolutions. That, the retro style, the high specification, all concur to make the price of this camera too close to an entry level DSLR, something that will make some people think twice.

Still, this is the perfect toy for someone that has the money to invest and is not just buying on a tech spec sheet but also with passion. Because it is hard not to feel passion for a tiny little camera with such good looks and results.

Yes. I usually do not let compact cameras choose the ISO speed on their own as I know it means disaster. I must admit, though, that with the X10, I was tempted to do so and I did not regret it. I photographed a family reunion entirely on auto, with images all the way up to 3200 ISO, I even made a whole printable book of my nieces 18th birthday, and have no noise up to 800 ISO and still very nice images above that.

I did it all

I used the camera to photograph a theatre play, used it for a nature workshop, did some landscapes, photographed food, did informal portraits, even captured the family cat. It was my pocket camera for quite a bit of time, and I am happy with the results.

I even came to use the viewfinder (Fujifilm could place a central AF marking there... just for guidance), and I enjoyed the manual zoom that lets you frame precisely a subject, something you cannot get done so easily in many compacts.

So, I am convinced that this is a good camera, if you're not looking for bigger sensors and are aware of the limitations. This is a small, joyful camera that serious photographers will like to have around.

Is this the right time to buy it? Only you can know the answer to that. If you don't want to wait more, go and grab one. You'll probably not find that white orbs are growing on your pictures. And if you do, Fujifilm will change the sensor for you free of charge. But as many people has already stated on the web, most of the time it seems your pictures are just perfect. That's all I ask from a camera.