Going Instant: A Guide to Instant Cameras, Film and Photography

The digital age is all about speed. Faster processors, faster data transfers, and faster photos. While a digital camera allows you see what an image looks like immediately, it's still just a collection of dots on a screen: battery dependent and intangible. For truly instant photos, you need to look into the past to instant films. Polaroid-style instant photos are making a come back. In this article, you'll find a quick guide to instant photography: the cameras, the film, the advantages and disadvantages.

What is “Instant" Photography?

I'll define instant photography as using a camera or process that produces a physical print of your image directly after the exposure is made without the aid of other devices. Polaroid, which has suspended it's instant film and camera line, is probably the most well-known for this process. Fuji still produces instant film and cameras, which are gaining in popularity. Kodak also ventured into the game at one point, but abandoned it rather quickly.

Traditional instant photography is dependent on instant film. This special film usually comes in packs that contain ten pieces of film, resulting in ten prints. These packs are loaded into the camera. Each piece of film contains a chemical packet attached to one end. The camera projects an image onto the film like any other film camera. Then the chemicals are spread across the film by rollers as the film exits the camera. The chemical reactions develop the image and take a few minutes to finish, then you can see your image. 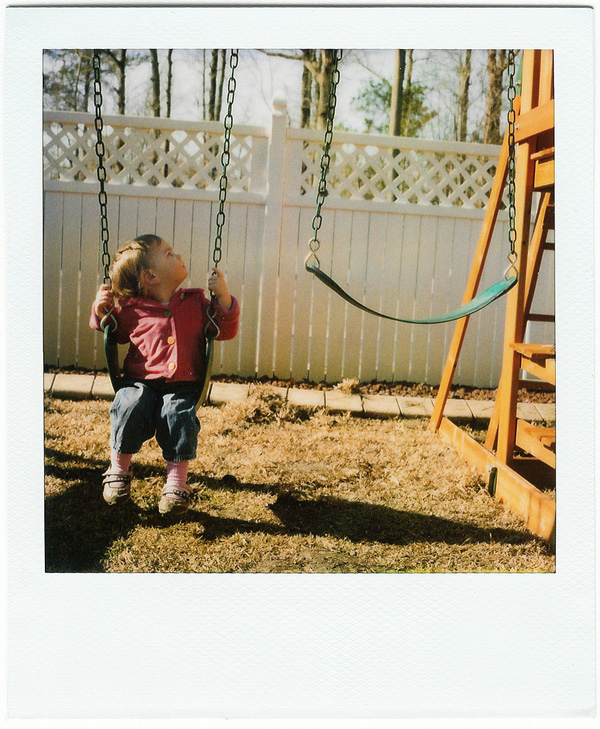 As mentioned earlier, a few years ago Polaroid stopped producing instant film and cameras. Due to a group of very dedicated individuals, the old equipment was purchased and is now running again. The Impossible Project is now producing a variety of instant films for vintage Polaroid cameras.

It does come at a premium with prices hovering around $2 USD per shot. The Impossible Project produces film for SX-70 cameras, 600 series cameras, Spectra format cameras and Type 100 cameras. This are all different sizes or ISO ratings and each type is designed for specific cameras. These new films are also experimental, meaning that they may not behave exactly the same as the old Polaroids you remember from childhood.

Photo on film from The Impossible Project. Photo by Tim Regan

Fuji also produces two formats of consumer instant film. They also produce professional style films for cameras with special instant film backs (these films are usually used in medium and large format cameras or in passport photo cameras). One of their consumer films is Instax Mini, which produces photos about the size of a credit card. The other consumer film is Instax Wide which produces images about 6cm x 10cm. 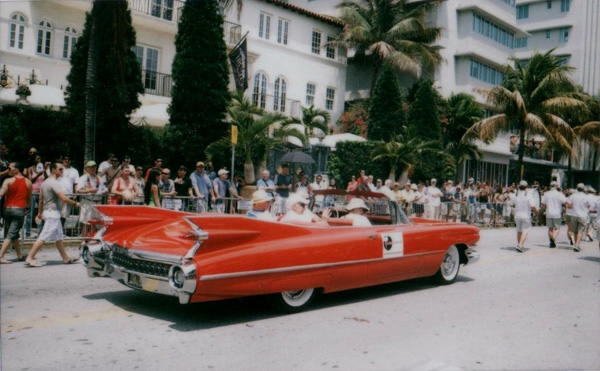 The Impossible Project did produce a new 600 series camera for their films, but it was a limited run, and from what I can tell is no longer available on their site. Vintage Polaroid cameras can be found pretty easily. Online sites seem to be charging a premium right now, but flea markets and thrift stores often yield reasonable prices. 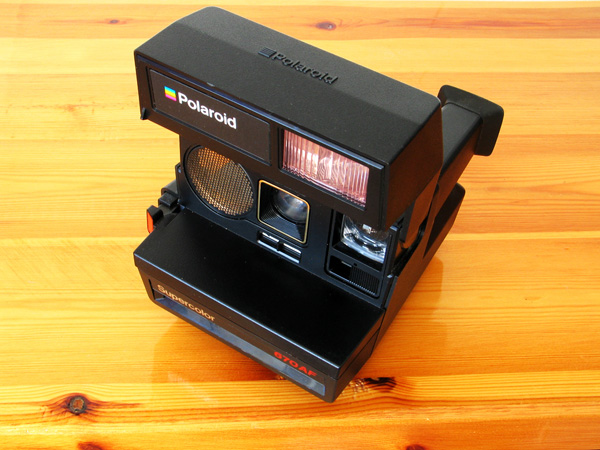 The most revered vintage Polaroid camera is probably the SX-70. It's reputation comes from the fact that it was designed more like an SLR than a point-and-shoot. Most Polaroid cameras were auto-exposure and auto or fixed focusing. They also were viewfinder cameras. The SX-70 allows viewer to look through the lens, seeing a more accurate frame of what the image will look like. Many SX-70 models were also manual focusing, but they all maintained auto exposure.

Another thing to remember about Polaroid cameras is that most do not take batteries. The battery that powered the camera was located in the film pack. So when you purchase a used Polaroid remember that you won't be able to test it without film. I often carry an old used film pack with me for testing. The film pack battery can last a lot longer than the ten shots it's required to take.

Fuji offers a few different cameras for their Instax Mini film. Most are roughly the size of a modern digital point-and-shoot. The 50S is the top-of-the-line in this category. All the Instax Mini cameras offered by Fuji are basically automatic, but some have close-up lenses and basic exposure compensation. Fuji offers one camera that shoots Instax Wide, the Instax 210. It is also basically a point-and-shoot, but it offers two focus settings and simple exposure compensation. Most Fuji cameras offer the ability to turn the flash on and off manually. 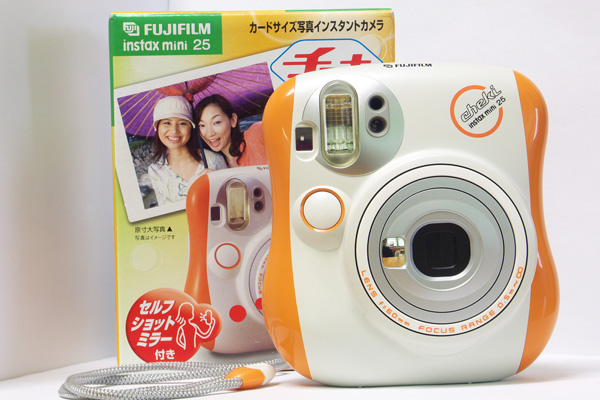 A Instax Mini 25, affectionately known as the Cheki. Photo by Lordcolus

Instant cameras and film offer you the ability to immediately see your final product. They produce something tangible that can be given and received. I use my instant cameras the most at parties. I hand out the prints as soon as they come out of the camera. At family parties, most kids have never seen a Polaroid camera. As cool as it is to see themselves on the back of digital camera, it is way cooler to get the picture and take it home. 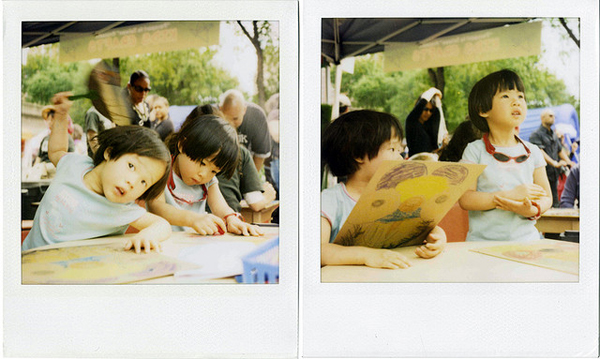 Instant photos also have a one-of-kind aura about them. Even a film negative can be reproduced over and over again. Instant photos don't have that sense. To me, they also seem more private. In an era where privacy concerns make headlines, instant photos seem safer. There's no digitally archived file stored anywhere. Obviously, they can be scanned and uploaded to the web, but I think they are perceived as safer and less invasive.

Many of the things that make instant photos cool also hinder them. They're not easy to share online. If you want to send them around or make copies of them, you have to go through the trouble of scanning them. If you take an image with two people in it, only one gets to keep the image.

But the biggest issue for me is the limitations of the cameras. With the exception of a few hard-to-find and currently over-priced vintage Polaroid cameras, you cannot find an instant camera that allows you to properly control focus and exposure. I wish Fuji or The Impossible Project would look into this.

Cost is also major issue when you talk about instant photography. When shooting digital, the cost of shooting is nothing. Gear investment and printing can hurt your wallet, but shooting is essentially free. Shooting instant costs money, and a lot of money. Even Instax Mini film costs at least $0.75 USD per shot.

There is a modern camera produced by Polaroid that attempts to capture the essence of instant photography. The Polaroid PoGo is basically a digital camera with a built-in printer. The concept began as the PoGo printer, which was a portable battery-powered printer that could be hooked up to many digital cameras directly. The Pogo camera shrunk the original design of the printer and strapped it to a digital camera.

The PoGo uses special ZINK paper that doesn't require ink (ZINK actually stand for ZERO INK). The PoGo camera operates like a normal digital camera, but whenever you want, you can scroll through your images and make 2x3 inch prints that slowly come out of the side of the camera just like a regular instant camera.

I would be remiss if I didn't mention Lomography's efforts to embrace instant photography as well. They have produced instant backs for a couple of their infamous cult cameras: The Diana (a medium format plastic camera) and the LC-A (a compact 35mm camera). The instant backs replace the door that normally allows access to the film compartment. They both utilize Fuji's Instax Mini film, and installing them does not permanently alter the camera itself. Instant backs used to be common accessories for medium format and even 35mm cameras. They were often used to verify exposure and lighting. Lomography did a good job modernizing this idea with a new application.

The Lomo LC-A with an instant back attached. Photo by Joi Ito

Making the plunge into instant photography can be relatively cheap. A used camera for under $20 USD (or free from your parent's attic) and some film from The Impossible Project for around $30 USD. In the grand scheme of photography, $50 USD is not a ton of money. And in my opinion worth the cost just for a couple experiments.

But before you dive in, consider what you hope to use your camera for. For most of us, instant cameras aren't something we can afford to carry around and shoot every day. So it may help to justify the purchase if you have an overall purpose in mind. 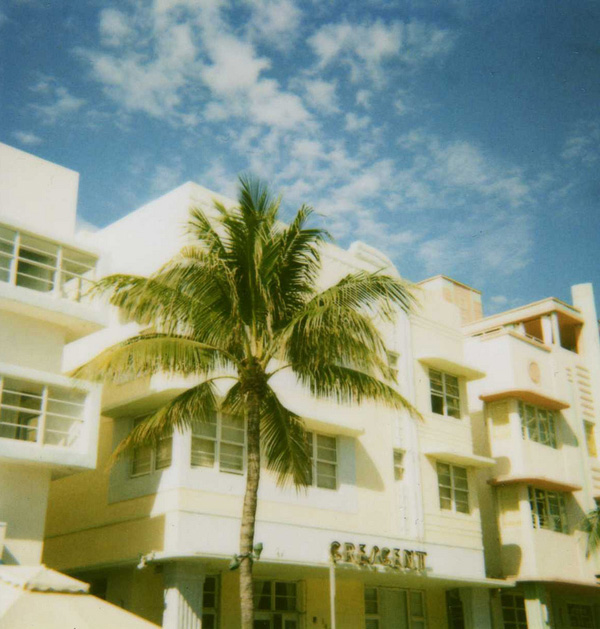 Instant photography can be addictive. Those white-bordered talismans just call out to some of us. Give it try. And if you're already a instant photo fan, post links to your images or share your favorite tips and tricks below.