All photographers invest in their gear and desire rigid build quality in any purchase. But the truth of the matter is that cameras are just machines and we are just human - problems happen! Today we're going to take a look at a few common camera failures, and suggest a few fixes.

Whether we like it or not, our cameras break down on us sometimes and things can go wrong. With all this heavy usage and the wearing and tearing that goes along with it, it is only normal that camera parts jam and buttons don't always fire correctly. But with a little insight and some practice, those problems can be avoided and minimized. I'm going to introduce you to the most familiar and annoying camera hazards along with suggested precautions on each.

Shutter Failing to Open, or Close, or Fully Close

As we all know, the shutter is a camera component that goes up for a specific period of time allowing light to pass through the lens, hitting a photographic film or a light-sensitive sensor to expose a scene and permanently register it. When the scene is registered, that shutter goes back down. 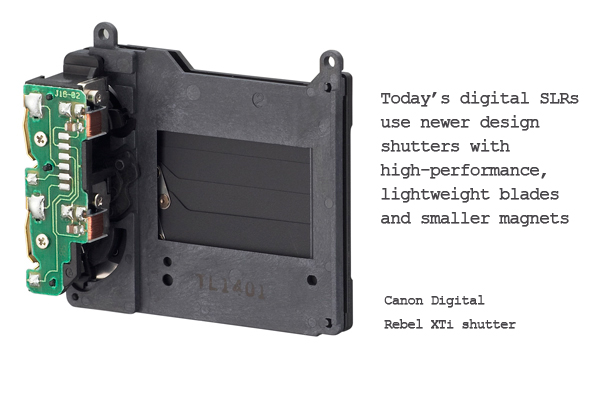 If the shutter jams along the way failing to go up or failing to go back down accurately, you're likely to get really bright, over-exposed photos due to the shutter not going down in a timely manner. And you'll also get underexposed images when the shutter is stuck closed.

To determine whether or not you have a jammed shutter, set your camera to any mode other than Auto, turn the flash off, turn your camera around so that the front is facing you, and then press the shutter release while looking through the lens.

You should see a tiny flicker at the center of your lens as the shutter goes up and down during the exposure. If you do not see a flicker, then your shutter is stuck. You can also remove your lens, set a slow shutter speed, and look into the camera's body cavity while taking a picture or two. If one or both of the shutter curtains is stuck, you'll be able to tell.

Some of the possible reasons for shutter jamming or failing to go up or back down:

To fix your stuck shutter, I'm going to list a couple of ways below (via Do It Yourself Digital Camera Repair). If you choose to go with either one or the other, you should be extra careful. Please note that it is always highly preferable that you send your camera to a specialized store or to your camera retailer to fix it for you. Fixing your camera's shutter is a very complicated process, and you will most likely cause damage to your camera.

If fixing it would cost way too much than you're willing to pay (and sometimes it may well do), and the only other choice would be to retire it, then you can use one of these two fixes:

Sometimes a power interruption can jog the shutter open if its stuck, so what you will do is:

My other suggestion requires extra caution, and my advice is to not get into it unless it's your last resort. What you will do is tap your camera solidly against a wooden surface, and then fire the shutter release button a few times. This can sometimes jog the shutter open.

A rapid change of location on a photo shoot from extra warm to extra cold environments or vice versa can cause condensation to build up on your camera lens, and sometimes the camera's internal parts, causing them to fog up. Condensation forms on surfaces that are significantly warmer or colder than the air temperature surrounding them.

Condensation can be controlled by gradually introducing your camera and gear to extremely different conditions. When changing location, seal your body and lenses along with a desiccant canister in an airtight plastic bag and let the equipment cool or warm gradually while inside the bag. This way moisture will build up on the plastic bag rather than on your gear. 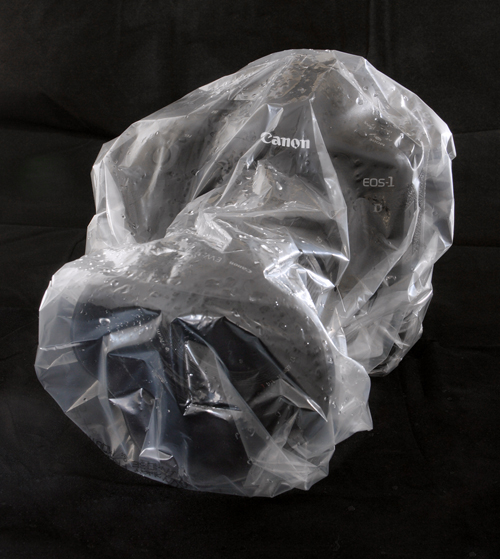 Desiccant canisters are small, rigid, cylindrical containers filled with desiccants like silica gel, aimed at absorbing moisture. Please note that desiccants reach their maximum absorption capabilities with time, so make sure to replace them regularly.

Battery performance drops off as the temperature falls below freezing. Nickel metal hydride and lithium-ion battery packs are better than alkaline batteries in these situations, but even the lithium-ions will eventually stop working once they've chilled long enough.

So when you're planning a photo shoot in low temperatures it is essential to carry around extra batteries for all your gear. You can keep the spare batteries in relatively warm conditions such as your coat pocket where they can be kept warm and exchanged for the cold batteries from time to time as necessary.

Also be careful when changing batteries to introduce your spare ones to the colder environment gradually to avoid condensation.

Pre-Set Aperture Failing to Stop Down

We all know that aperture is the lens opening that controls how much light travels from a scene through the lens onto photographic film or digital sensor. 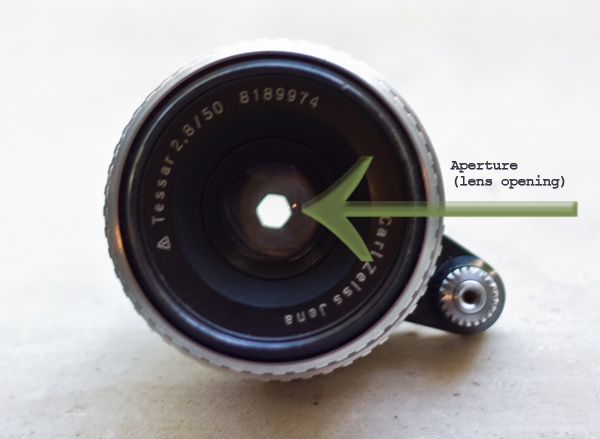 When you set an aperture opening (f-stop setting) and take a shot, that opening should stop down to that specified setting for the period of the exposure, and then open up again. Failing to do so would result in overexposed images, unwanted depth of field, and generally ruined images (unless you set the widest aperture opening).

Aperture failure to stop down is commonly due to sticky blades or a broken spring. To make sure the problem is with the aperture ring not stopping down, in manual mode set the smallest aperture opening with a slow shutter speed, turn the camera around so the front is facing you, and hit the release button. You should be able to tell if your aperture ring is working or not.

Sticky aperture is commonly seen in old lenses, when oil on the aperture blades congeals over time, causing the blades to close slowly or not at all. If this is the case, the lens needs to be disassembled, blades cleaned with a degreaser, and then oiled again. This is not something to try at home. Drop your camera off at a specialized repair store to get it fixed.

A sticky aperture ring can also be a result of leaving your camera in high temperature conditions for too long (such as locking it up in the car on a summer day). Oil can form on the aperture blades causing them to stick together. Lubricants in the focusing mechanism can also evaporate and condense on the iris diaphragm blades causing them to stick together. (eBay Guides)

Faint or No Images When Shooting With Flash

If you're getting faint images, or perhaps correctly exposed images only expanding half way through your frame with the rest of the frame looking black when using a flash, this could be due to flash mis-synchronization.

Your camera and flash must be synchronized so that the shutter is fully opened to expose the scene when the flash fires. Otherwise, parts of your picture would turn out black or severly under-exposed. (Wikipedia)

In focal-plane shutters, there are actually two curtains that run horizontally across the film plane so that one curtain opens and then a second curtain follows behind it to control the time of an exposure (shutter speed). When the shutter is cocked, the shutter curtains are moved back to their starting positions, ready to be released again.(Wikipedia)

Since both curtains need to be completely out of the light path for the entire fame to be exposed by the brief light of the flash, you can't use a shutter speed that is too fast.

Most modern 35mm and Digital SLR cameras now use vertical travel metal blade shutters. These work in precisely the same way as the horizontal shutters, but because of the shorter distance the shutter blades must travel and the faster metal construction, the shutter blades can travel across the plane in less time. This can result in faster flash synchronization speeds than those possible with the older horizontal-curtain focal-plane shutter, thus the problem with flash synchronization is less common.

Every photographer is likely to suffer ruined photographs at a certain point in time. The hazards I mentioned above are just a few of the most common problems photographers can face, but being aware of them and making it a habit to follow best practices handling your gear and equipment can help you keep these problems at bay.

Feel free to share any other solutions to these problems in the comments, or advice on different problems you encounter from time to time!