You can find more of Churchill's work on his website.

QStarting at the start, how did you get started in photography?

I started as an assistant, assisting an architectural photographer named Richard Bryant. Just by chance, I happened to be going out with his secretary and he needed someone one day. I said, "Yes, I'd like to do it." And just started assisting him.

At the time, I was drumming in a rock band, that was my vocation in life and I was going to be a rock drummer, become famous. But that didn't workout, obviously, so I thought this was a really good next step. I started by assisting him on and off for about ten years and I went forward to start shooting for myself.

I spent a lot of time picking up clients and changing where I lived. I moved up to Glasgow from London and that was the year Glasgow was the City of Architecture and Design, in 1999. I picked up a lot of clients there and then moved back down to Brighton.

QWhat moved you to architecture in particular?

I don't enjoy photographing people too much. And I find just getting involved in the design of a building is very rewarding. I just find it really intriguing and I continue to be interested in architecture. I probably know more about architects than I do about photographers.

QDo you have any formal training in architecture at all?

No. I've had no formal training in either architecture nor photography.

QHow long did it take you to become established as a photographer to the point where it was your full time occupation?

Probably, well, you know, sort of. It went in fits and starts because of the beginning, as I say, I was trying to become a famous rock drummer, so I was just doing it now and again. From being an assistant to then completely all my income coming from architectural photography was probably ten years or something. You know, it was a slow, very slow thing.

But then once I started doing it properly, you know, full time, pushing all my energy into that direction, probably a couple of years.

QI noticed you have a number of clients that are spread all over. Where has your photography taken you?

Recently I've been in all sorts of places. I went to Moscow to do the British Ambassador's residence (pictured at top). That was earlier this year, which was amazing. Then later on, a couple of months later, I went to Sao Paulo to photograph Jackie Chan. I started working for this advertising company in London whose got the contract for Embraer Jets, their executive jets. And I had to go down to Sao Paulo to photograph Jackie Chan as he was being given his jet from the company.

That was pretty exciting. I had to shoot him around the jet, you know, doing his karate kicks off the jet wings and then being inside the jet, eating and things like that. That was quite interesting.

Then I've done another jet shoot for them in Miami, near Miami. A place North of Miami called Melbourne, is it? Melbourne, I think. And other than that I've been in the Mediterranean doing yachts. Montenegro as well, doing yachts. For my architectural work, getting started, I started shooting a lot of yacht interiors as well as jet interiors. Obviously it's all pretty much the same thing.

QHas there been a transition from in the beginning, going out and finding your own work to where the works starts coming toward you?

Yeah, yeah, I am constantly thinking about marketing and, you know, trying to drum up more. Because obviously you shouldn't, you can't rest on your laurels and think that all your existing clients are going to go on forever giving you tons of work. Because A) They might just stop working as much or B) They might find someone else.  So you need to constantly keep pushing to get new clients, I feel.

I'm trying to do that more and more. I've just got an intern that's come up at the moment and we're trying to figure out different ways of doing that. You can never stop, I don't think, looking for new clients. After a while there is a certain sort of momentum that builds up that you do often, you know, most of my clients are repeat clients and they'll keep coming back.

But I don't usually rely on that. 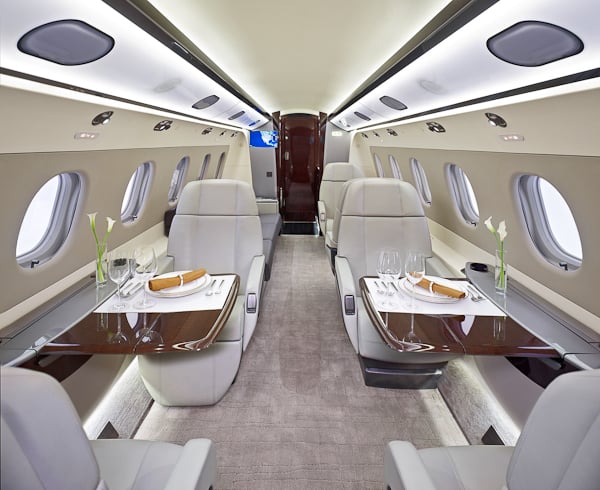 QHow much prep time goes into, for instance, a lot of the interior shots compared to the the exterior? After you've contacted the client, you have the contract and you know what you're going to shoot.

It's all very varied. A lot of interiors I do I probably spend more than half the time messing around with the stuff in the interior to make it look right in the composition. Tweaking things and moving things and bits and bobs and furniture and all the props and things until it looks exactly right.

That can take a long time, so I probably spend half the time on the technical side with the camera, the lights and every thing. And half the time making the interior look right within the frame.

Whereas, obviously with exteriors you can't do that with a building. So that's more waiting for the light which can obviously be a problem, especially in England. Which is what I'm doing at the moment, that's why I'm able to talk to you now because I'm waiting for the sun to do a shot in London. But it's horribly cloudy and raining.

QFor those looking to get into the field of architectural photography, who are some of the masters you might have looked to as you were learning the trade?

Richard Bryant, who I worked for, he was a big influence, the biggest influence I'd say. But for now, I just look at everyone's work and look around and see what I like. To continue to strive, to always be on the lookout for other people's work and keep trying to learn. Never be arrogant and think that you know it all. It's always good to keep an open mind and look at other people's work all the time, I think.

QSwitching gears, is there any gear in particular that helps you in your architectural photography?

Yeah, I use a Sinar large format camera which is the 5x4 camera, which I've always used. It's like a design classic. It's the Sinar Norma, which is sort of brushed aluminum and really beautiful.

I used to shoot film on that. And now I've got a Phase One digital back on it. I used that tethered to a laptop. It's a really great way to shoot architecture because you have the movements of the camera so you can control perspective and plane of focus. And you have a big range of lenses. It's perfect for that, it's a very robust camera.

They make smaller cameras now purely for digital backs that have movements but they're not nearly as robust, I don't think. So I'm sticking with that.

I've also got a Canon 5D Mark II, which I sometimes use, with the Canon shift lenses. That's quite useful.

QIs there any more advice you can give our readers looking to get started in architectural photography?

Yeah, build their portfolios is the thing to do. And just go and photograph buildings that excite you.

And wait, wait for the right time. Don't just shoot it because you're there, but really plan it. Weather-wise, light-wise, whether you're going to do a dusk shot and have it reflected in anything.

Really plan and work out what you're going to do beforehand. As anything, if you want to be successful in it, you've got to put a lot of effort in.

And then borrow lots of money because the equipment's really expensive!

Check out more of David's work on www.davidchurchill.co.uk.