We're kicking off a new type of community project today - Friday Photo Critique. We will be publishing a photograph submitted by one of our wonderful readers, then asking you all to offer constructive feedback on the image.

Please let us know what you think in the comments - how would you have approached the scene or taken the photo differently?

The most constructive and helpful comments will be featured on the site, and you'll also be given priority to feature your own work in a future Friday Photo Critique!

Here are five of the most useful and insightful pieces of feedback given on this photo, taken from the comments:

Selective coloring is best used to focus the eye on a feature. The composition of this image, however, works against that concept by placing the subject off to the side into shadow.

The glaring white taking up most of the image steals the viewer’s attention, leaving the subject in a completely different environment.

Posing and wardrobe arrangement make the subject look heavier than she really is.

Perspective should be used to focus the eye, accentuate a feature, or correct a flaw. Here, it detracts from the image overall.

Someone mentioned the use of the Rule of Thirds here, but that isn’t the case here. Remember the inspiration behind that rule, that it is an artistic tool. The subject here isn’t balanced on any “1/3 line,” and so the image looks haphazard and reckless.

My personal tendency is remove skin flaws, such as freckles, and to smooth the skin overall. Of course, that’s a matter of style and creative preference. Some prefer authenticity over aesthetics.

The area that needs the most improvement is the lighting. The subject is on the edge of a pool of light, which creates interesting shadows on her, but the center of the pool of light creates the bright, distracting part of the image. To play with shadows, control the rest of the light. A grid-spot is an excellent tool (probably my personal favorite) to control light while creating effective shadowing. An example of grid-spot use can be seen at http://gallery.belle-immagini.com/beth/e5b7c625. This shows how light can be directed into an area of focus.

The photographer is NOT using the rule of thirds. The subject is too far to the left and the beams to the right of the subject battle the woman for attention.

The red looks amateurish. Might try to overlay the color and adjust levels and saturation from the original image instead of coloring over the desaturated image.

I’m sorry that I don’t care about so called rules. — It doesn’t mean that I don’t share some of the same thoughts, I agree to some of the critiques but I hate rules and I do not like to comment based on rules.

Overall:
The photo isn’t bad at all.

Selective Coloring:
Selective coloring is awesome, especially for this particular image. It matches with the overall mood and it stregthens the composition.

Shadow & Highlight Ratio:
Strong shadowsincrease the drama. However, there are two thing that can be improved.

1. To the left of model there is a huge over exposed area. It distracts the attention. Because of too much light over that side, the model seems to be a lot more hidden than she needed to be.

2. On the right side of the model the shadows are too strong. It’s not specifically a bad thing. But due to thestrong shadows models face and head blend into darkness. The model’s face is not in too much trouble but the head for my own taste is blended too much into darkness.

Framing:
Absolutely perfect. A creative angle. The photo is much more dynamic and expressive this way. The angle that is used also suits very good with the shadows and overal lighting.

i like the concept. and the attempt at storytelling is great.

the composition seems odd:
- you cropped off her knee giving her leg an abnormal sense of elongation.
- if you had shot with the camera more at her hip level the vertical line convergence wouldn’t be so demanding.
- the focus is drawn away from the girl, taking away some of the moody feel i think you are attempting.

some things that could help:
- your blacks seem forced, ease up on the shadow levels (if there are so many black-blacks you need some white-whites)
- open your highlights. everything feels too muddy. this makes me uncomfortable to look too long at the image.
- don’t let the red layer drop the highlights of the dress. poping highlights into the dress might be all you need to draw more attention the the subject.

i like the direction you’re going. stick to it, play with some other images and then come back to this one – you might get more ideas to add.

The composition seems nice to me. the only thing that doesnt work is the brightness of the red and the super strong shadow that is cast between her arm and her dress.

My advice would be to take the mask you used for the dress and lips, and instead of a color overlay (which is what i think you used), use a hue and saturation or selective color to bring out the red.. but make the red much cooler. 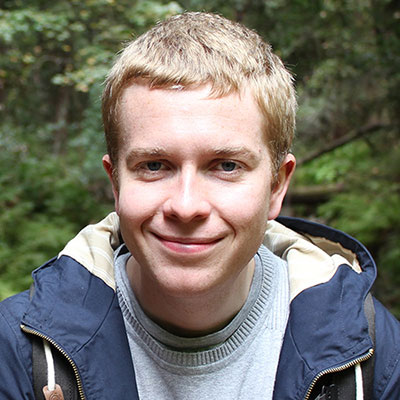