Introduction to the Tools of Long Exposure Photography

Long exposure photography has enjoyed a resurgence in popularity since digital cameras took the risk and some of the mathematics out of it. It's an endlessly fascinating aspect of photography. It brings with it two intriguing qualities. First, it introduces a new dimension into the image. Not only are we shooting the usual three spatial dimensions, but by allowing moving objects to blur, we're seeing the passage of time.

Secondly, this capturing of time creates a profoundly emotional quality in the final image. Whether the dramatic power of the sky or the soft inevitability of the tide, long exposure photography captures not only moments, but the feelings associated with them. 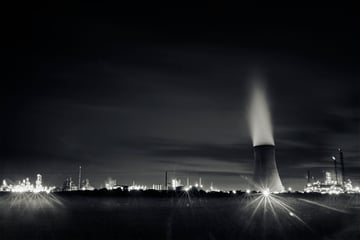 It doesn't just have to be natural clouds that you long expose!

When I was starting, I couldn't find anywhere online where all the information you need to get started was all gathered in one place, so I'm going to try to put together a short but comprehensive guide to what you need to get going.

I'm going to look through a variety of ways of shooting long exposure, most of which I've been through as I've progressed. As long as you have a tripod (VITAL!) and a camera with Av and/or M modes, it's doable. First, I'm going to look at the use of filters, then at controlling your shutter.

No ND Filter? No problem!

First, what if you have no filters? Not to worry, you just have to be more careful about the times of day that you shoot. Generally, if you're looking to get into long exposure, the type of work you already do should have you shooting around sunrise and sunset anyway.

If that's not the case, you're going to have to get used to shooting at the extremes of the day, like every other outdoor-shooting photographer! You need low-light situations to get the long shutter times that are required. That means starting to shoot towards the end of magic hour, just after sunset, and keep going on into the night.

When I was shooting long exposures without a filter, I started at around 9pm and kept shooting until about midnight. 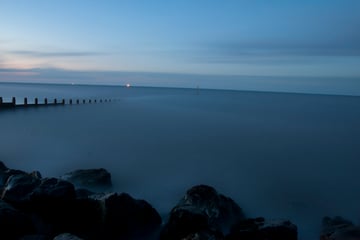 This is what happens when it's so dark that you can't see the image through either the LCD or the viewfinder! Use a bubble level or leveling function.

You'll be starting at f/22 with the sky still golden, then as it gets dark you'll gradually open up to about f/8 or so. These are all general rules of thumb since your particular location, subject and weather conditions will dictate the details, but on a clear night with little light pollution, I'd say those settings would be somewhere to start experimenting. 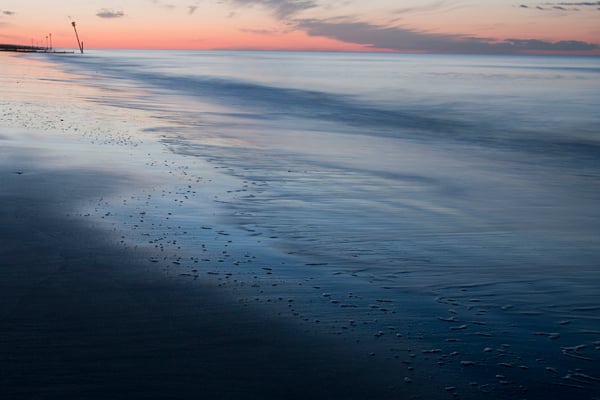 With good timing, a five-second exposure can have a beautiful, pastel quality in it's own right.

If you have a polarizing filter, you can use it to cut a stop or two of light coming through the lens, increasing your exposure time. It will obviously also eliminate glare from windows and water, which can sometimes fool the meter into reading the scene as brighter than it really is and underexposing unnecessarily. The "quality" of an image with reduced glare is more pleasant, too, and particularly nice for long exposure.

Now, what if you do have, or are planning on buying, a neutral density filter of some kind? There are various types, which I've written an article previously on, but they all do the same thing to greater or lesser extents. Even if you just have a cheap general-purpose three-stop ND filter, that's better than nothing, giving you an eight-times-longer exposure duration.

Then there are variable ND filters, which are a pair of polarizing filters working in opposition built into a single unit and can take you from two stops up to around seven to eight stops of light reduction. Finally there are high power ND filters, which are fixed at around ten stops. These are the type usually dedicated to long exposure photography and will let you shoot at just about any time of day, although they aren't cheap. 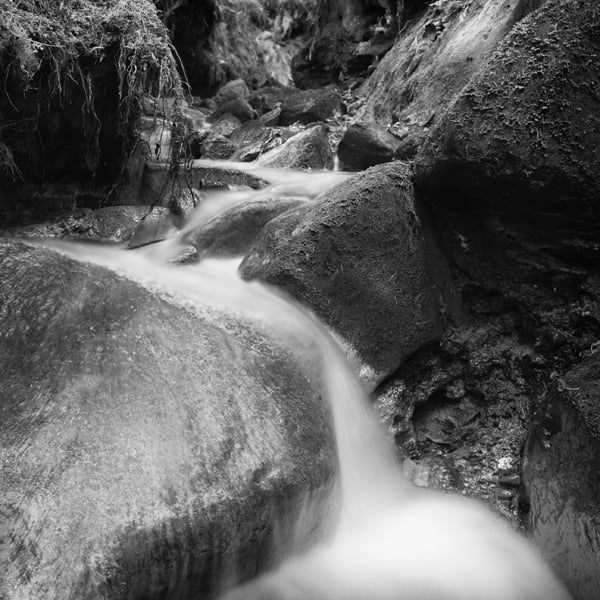 This is using a variable ND filter to get a five-second exposure during the day.

Using variable ND filters requires some trial and error, since the markings around the rim of the filter are notoriously inaccurate. After a few uses you start to get the feel of where the stop settings roughly are, and how far you can push it without the dreaded "black-X" across your image.

I've found that on two to eight stop variable NDs, you can get at least seven stops without the dark cross appearing. It seems to help to be shooting in diffused lighting, too. Directional lighting in front of the lens appears to make the syndrome occur at lower powers, although whether this has any physical basis in fact I'm not entirely sure.

I'd be interested to hear if anyone else has felt this to be the case. It's somewhat possible to occasionally use a mild black-X to your advantage, as a sort of circular grad-ND, but most of the time it's just inconvenient. 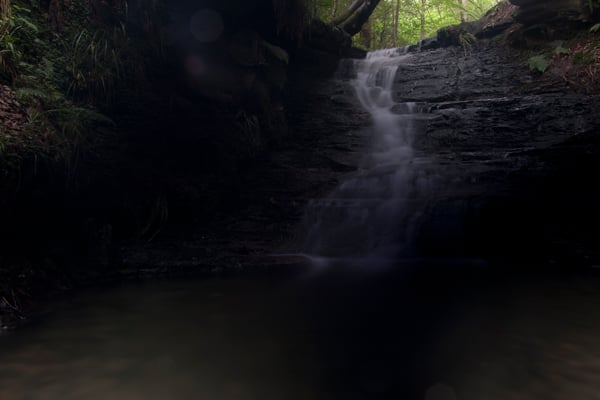 As you turn the filter, the dark lines move together to form an 'X' at full power.

The last ND option is a true high-power ND filter such as the Lee Big Stopper or Hitech Pro 10, but they don't come particularly cheap, and I haven't yet used one. With these it's important to focus before you slide the filter into the holder, and the camera won't be able to meter through it so you may have a little math to do from your pre-insertion metering.

These filters produce the best results from the longest exposures, and allow flexibility for daytime shooting, but aren't critical for getting started. Invest in one of these if you come to find that you really love shooting long exposure. You'll certainly need a timer remote to use one, which brings me neatly to your shutter.

So you have your filter, or figure you can just shoot at night. What are you going to do about controlling the shutter? You have three options, essentially.

You won't get much in the way of cloud movement with a 30 second exposure, even if they appear to be scudding across very quickly. Instead you'll get an unattractive mild blurring which merely looks like unfortunate camera shake.

Not a good look for clouds. Make sure you can get a 4-8 minute exposure to properly streak them out.

It's flexible, because you don't need any accessories, and often goes hand-in-hand with shooting without an ND filter. It does mean you have a relatively limited shooting window, however; too light and you're going to have exposures of under six seconds even at f/22, which in my experience is rarely long enough to achieve the level of softness required to really look like long exposure, let alone the several-minute-look beautiful, evocative imagery.

Too dark and you may be under-exposing without some fast glass and an ISO bump. That said, if you're shooting the night sky and want the stars to appear as points rather than lines, you should aim to keep your exposure time to 25 seconds or less. With the extra control of a variable ND filter though, 30-second exposures actually work well for keeping your shooting fast and experimental. 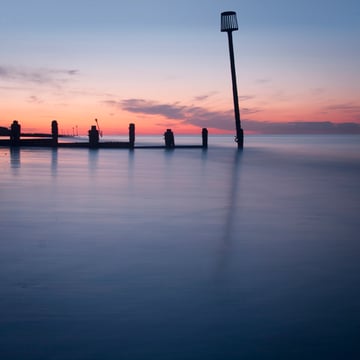 This was a 30 second exposure without a filter (f/11) taken at 10pm. Magic hour lasts a long time in summer, and even longer with a long exposure. The camera sees things you can't.

The next option is to use the bulb setting in manual mode. You'll need a remote release for this because they have a shutter lock, but unbranded ones can be had for a couple of dollars on eBay. Trying to hold the camera shutter button down for several minutes without shaking would probably be an exercise in futility. You'll need a timer of some sort; I used a countdown timer app for my phone, but a stopwatch would do. 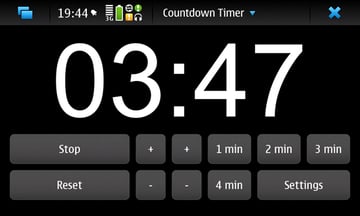 The countdown timer app for Maemo I used for all my old long exposures. Simple to use even on freezing nights.

To meter, I simply shot as normal in Av mode until I'd dialled in the correct exposure compensation, then clicked over to manual mode, set the shutter to bulb, and then a little mental arithmetic later I figured out the best aperture to go with my preferred shutter speed.

I set the timer to this shutter time, then clicked both buttons at once, sliding the lock up on the remote release. After that, it's just a case of waiting a few minutes until the timer hits zero before unlocking the remote trigger. 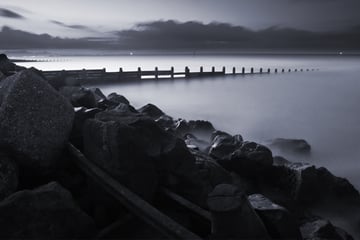 A result of using said app and a $3 remote trigger.

Finally, you could use a timer remote. This is a remote release with a built-in timer that allows you to preset an exposure time (or exposure interval for shooting sequences).

These can be had relatively cheaply, around $10-20, far from the $130 or so for the camera branded ones, and work equally well. You follow the same steps as above, but instead of watching a timer (or playing Angry Birds and tweeting while waiting for it) you simply leave it to its own devices and return a few minutes later to review your handiwork. This is the easiest and most accurate of all the options. 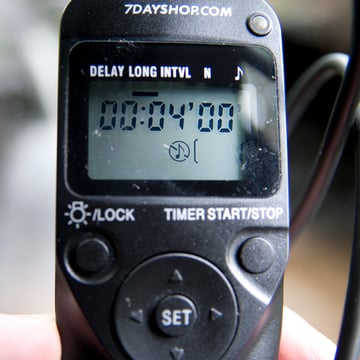 My timer remote, from 7DayShop.

To set the shutter time on this model that I have, simply click right on the D-pad until the little bar is under the "LONG" text and hit "SET." Click left to the minute column, and click up until you reach your desired exposure time- it's set to four minutes in the photo. Hit "SET" to lock the time in, and then the little round button marked "TIMER START/STOP" is your shutter release.

A very simple common-sense approach. Most timer remotes are the same as this or very similar. They may look complex in the picture, but they're very simple to operate. In case you're wondering, "DELAY" is how long to count down before taking the first photo, like a variable self-timer, "INTVL" is of course interval shooting for timelapse sequences which can be stitched into video, and N is how many photos to take altogether.

All very handy stuff, although all of it is increasingly becoming built into modern cameras. 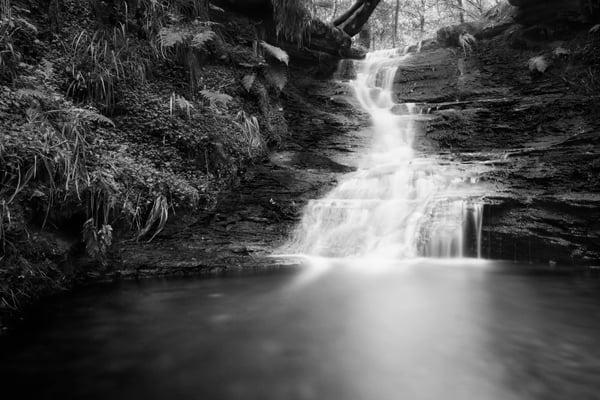 A result of the timer remote. As you can see compared to the coastal night shot, in regards to long exposure, it's really just a tool of convenience rather than necessity.

In all of these scenarios, you must be aware of the impact of the motion blur on your composition. For example, you can't form a triangle using a cloud as one point if you're going to be blurring the sky. Nor can you use the surf as a leading line if you're going to blur the sea.

You need to be acutely aware of what will be absolutely still (rocks, buildings, structures, tree trunks), what will be a little fuzzy (tree branches and leaves, small pebbles on the beach, very slow-moving people) and what will form an area of softness (generally either water or sky).

Plan your final image to take advantage of these varying degrees of motion for a more compelling long exposure photo. 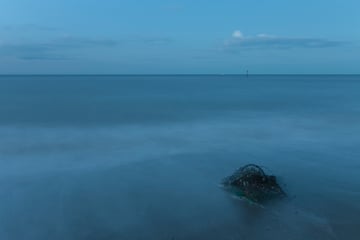 It's very important to bear in mind that things which look fixed in place may decide to move with the tide.

Neutral Density FilterIntervalometer
Did you find this post useful?
Yes No
Would you like to provide feedback (optional)?
Cancel Submit
Want a weekly email summary?
Subscribe below and we’ll send you a weekly email summary of all new Photo & Video tutorials. Never miss out on learning about the next big thing.
Sign up

Rob Taylor
Rob is an English artist and writer living in the US, in the process of transitioning out of his comfort zone of nature photography towards more commercial work. He's usually around on Twitter.
robtaylorcase