Knowing The Basics Of The Video Mode On Your DSLR Cameras

2009 was an excellent year in the video industry with the introduction of the Video DSLR revolution. Now amateurs and pros can get their hands on video techniques and looks that were previously only able to be achieved at $30,000 and above mark using complicated and expensive cameras.

Here are some basic terms you will need to know when it comes to DSLR Video:

The number of frames taken in a single second by the camera. (fps: frames per second)

NTSC and PAL are two different broadcasting standards throughout the world, Wikipedia has an excellent map of their distribution.

The story behind why Cinema is shot at 24fps... Back in the day they were figuring out what the slowest framerate was that film could go through a projector without it looking too choppy (because the projectors would constantly jam at high speeds.) They figured out that 24 frames a second was the lowest speed they could feed without the footage looking too choppy and it has stuck that way ever since and since then, has been a signature and a standard must-have for all footage wanting to warrant the film look.

This effect is caused due to the CMOS-type sensor in DSLR cameras. As opposed to CCD sensors, CMOS sensors capture the image by recording the information on the sensor from the top of the sensor first and then taking down the information from the bottom. This means that fast moving objects and whip pans in your footage will significantly show the top portion of the image before the bottom portion, making the image altogether skewed. And when the camera footage is shaky, it will be shown with a very apparent "Jello" effect.

This is quite possibly the biggest downside to video DSLR cameras.

You can reduce the effect of rolling shutter by using slower framerates on your footage, effectively hiding the effect by masking it with motion blur.

The camera's sensor is a light sensitive plate that picks up light through the lens once the shutter is opened. You can think of it as the film in film cameras. A larger sensor size allows you to achieve a shallower depth of field.

Also, keep in mind that full frame sensors require full frame lenses, so an APS-C sized (ie. E-FS) lens will leave you with horrible vignetting on a full frame sensor camera. (of which an example can be seen in this article by Philip Bloom)


Different sensors have different standards of lenses to be used with them. EF type lenses are to be used for Full Frame Canon cameras, while EF-S Lenses are made for Cropped Sensor APS-C cameras.
This is due to the crop factor associated with the sensors. An EF lens on an APS-C sized Sensor will be multiplied by it's crop factor.

For much more in depth reading on sensors see here


and as always,
Wikipedia.

This is the light sensitivity of the camera, the higher the ISO the higher the sensitivity to light. You will be able to shoot at faster shutter speeds and smaller apertures, but with a higher ISO level, you will also see significant amounts of increases of grain in your video footage. Each camera deals with it's grain differently and some cameras have lower grain at higher ISOs than other cameras. (5D Mark II, and especially the 1D Mark IV being known for their low amounts of grain in high ISO settings) 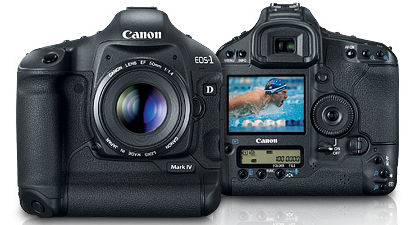 This newly announced camera is known for it's remarkable low light/high ISO video quality.
The 1D Mark IV is not currently out.

Sensor Size: APS-H (a seemingly extinct sensor size not in much use until recently brought back by this high end camera)

See a video of it in action (using only the natural lighting) at Prolost.com

This was the first HD-DSLR Camera to explode onto the scene and quickly led people to realize how versatile the video feature of DSLRs were. But it came with it's drawbacks without full manual control and major disappointments to both international users and users seeking the film look, as the camera did not shoot in 24p.

The 7D was the first HD-DSLR out with full manual control and support for 24p. Because of this it has been in much more use than the 5DMKII (5D Mark II) by professional video workers.

(Known as the T1i in America and internationally as the 500D)


This little guy came out in-between the releases of the 5D Mark II and the more recently released 7D. It was taken as a disappointment by the video community however due to it's lack of any manual control and only a 20fps framerate for 1080p HD video, but it must be understood that this camera wasn't meant to handle the demands of true video professionals, note that it's price is only at $800. 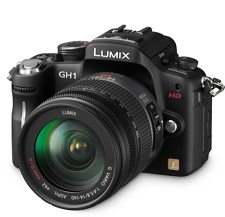 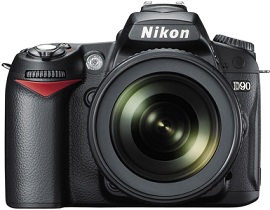 Here are a couple articles on getting the most out of the video from your DSLR camera:

Colouring your Video DSLR footage in After Effects

Stu Maschwitz has a great post over on his website ProLost.com on getting the highest dynamic range out of your Canon video DSLR

Which settings have also been ported over to Nikon

Brock Nordstrom
Brock (Brawk on MoGraph and among other places) is a freelancer currently working out of Las Vegas and Salt Lake City. When he's not doing motion graphics, he is usually involved in video and photography.
Weekly email summary