Living in a small town, I hear the local crowd of photographers say all too frequently that they have exhausted every possible photo site in the area. Even more worrisome are those who unconsciously recycle the same two to three locations for each and every shoot. Although every place has its signature photo areas, I want to help you learn to explore where you live and photograph it to its potential by improving your exploration skills.

Not all of us live in New York City. We can't walk five minutes and snap photos of a dozen world-famous landmarks. Therefore, we have to increase our skill level as photo explorers. With the right tools and spirit, I'm thoroughly convinced that anyone can adopt the mindset of an explorer. Exploring is all about making the most of the areas that we live in, and finding things that we never even imagined were there.

A lot of my inspiration comes from the other photographers in my area. I'm not talking about the successful photographers in the region that own studio space or setup at the big trade shows. When I say photographer, I simply mean someone who practices the art of making photographs.

There's no shortage of people doing this these days, and I'll bet your town (no matter how small) is full of them. These photographers are just as important as commercially successful photographers, and viewing fellow photo junkies as friends instead of competitors has been essential to my own growth. 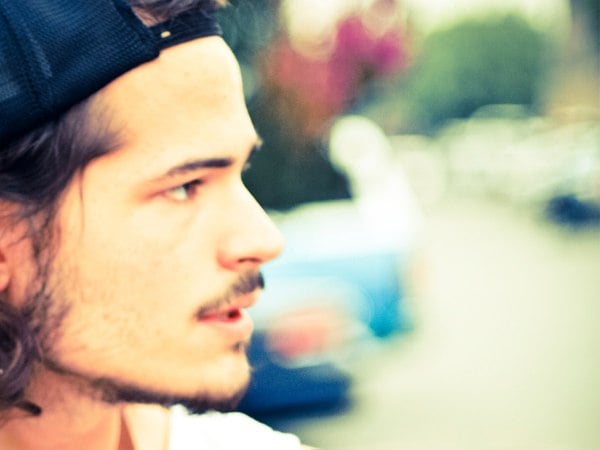 Stumbling on Paul's photographs of my hometown really surprised me. I thought I had explored everything around me, but could not have been more wrong about that. Paul Lawson

As I met more people like me in the area, I was introduced Paul Lawson, who is a fellow young photographer in my area. I don't think Paul has any aspirations to be a career photographer, but seeing some of his work caused me to pause and consider where the photographs were made.

I was even more surprised when I spoke to him and realized that a lot of these places had never been more than five minutes away. As someone who does mostly hired work, I was instantly attracted to Paul's work as being visually intriguing. The way that he explored our area was interesting to me and provided new insight on my small town.

Throughout the course of this article, I'm going to share some of his insight as well as mine on exploring. You won't be able to go exploring and see everything in one afternoon, but that's actually one of the most exciting things about the exploration process. 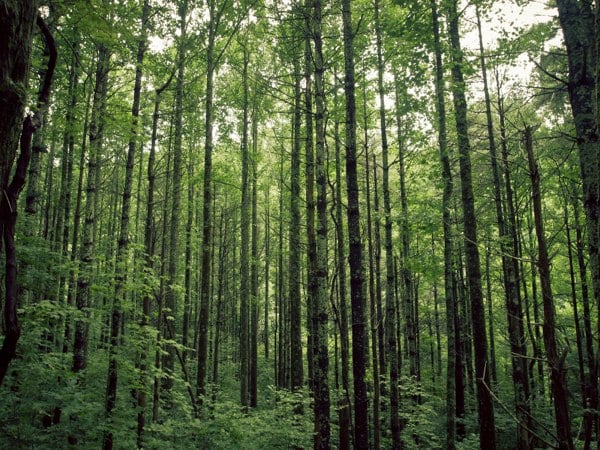 Exploration is a way of life. To be an explorer, you have to bring the explorer's mindset to the table all the time. Taking the long way around and venturing the road less traveled is essential to finding new spots.

Personally, I always try to take back roads when I have time to spare despite the fact that it may increase my travel time. In the year 2012, we've been conditioned to use smartphones or GPS devices to make sure that we're never lost, but isn't being lost a great way to stumble upon the unseen? 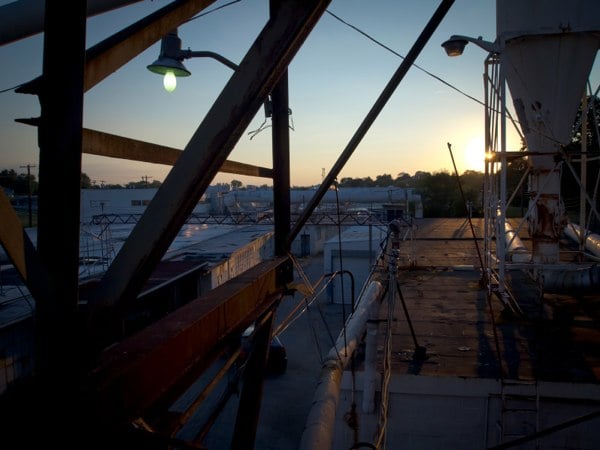 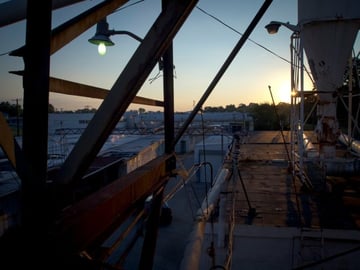 Don't forget to travel on foot while searching as well. If all of the best spots could be seen from the road, photographers would never leave their car to capture great images. Walking seems to be a lost art, but there's probably nothing more critical than traveling on foot.

Obviously, you're going to have access to a lot more areas, and I always feel more encouraged to travel down "one more street" when I know I'm not using gasoline. (I can certainly use the exercise, too.)

Time is an important concept as well. It's no secret that depending upon the time of day that you visit an area, a site can appear completely different from one visit to the next. Even more important than the 24 hour cycle is the yearly cycle. There are areas that come alive during fall as the leaves change. And snow during the winter will completely transform the landscapes around you. 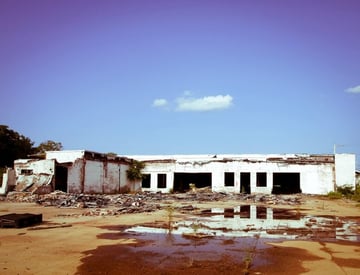 When you leave the house, you should leave with the mindset that today will be the day that you make a great photo. As Paul added, "my advice to you starts with some words said in previous articles. When you leave your house, always take a camera with you. Keep a charged battery. Bring along extra cards or extra rolls of film. If you have the time, set out one afternoon with all your gear and a tank of gas and go until you findsomething. That’s what it takes sometimes. On the opposite end of the spectrum, some of my best work has been done when I set out uninspired with my Holga or another simple point and shoot film camera. At the end of the day, you’re nothing more than a painter, with your camera of choice as your fine-haired brush."

I can't emphasize enough the value of going social with your photo exploring exploits. As my experience with seeing Paul's work shows, you're only one connection away from really increasing your portfolio of places.

One reason is because it's always more fun to travel with friends. For me, having an extra set of eyes is invaluable. A fellow photographer is going to share their perspective and see things that I will never stumble on. 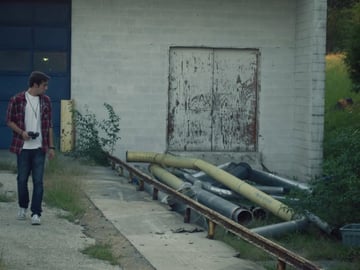 Paul says: "In most cases, photographers have friends who are also photographers. If that’s the case, go exploring together. It never hurts to have a second set of eyes when looking for a spot to shoot while exploring. It’s always a good idea to have someone else there in case of emergency, in any case. I’d never have known some places existed if it weren’t for having someone with me, or accompanying someone while shooting. If nothing else, having another photographer around is just a good experience. It’s always good to have another artist around to collaborate with, and it seems that shooting with someone instantaneously boosts motivation and creativity."

I've spent many days planning shoots by chatting up photographers or even non-photographer friends about visually interesting places. I can't tell you how many times I have started conversations with "have you seen anything cool lately around town?"

The fact of the matter is that our environments are constantly changing, and asking other explorers about this frequently is a fantastic way to continue building the visual database of good photo sites.

As always, the era of technology provides a number of different means for exploring. If you're stuck at home and can't venture out at this exact moment, one idea is check out a "virtual drive" with Google Maps.

With the advanced street view imagery, you can practically go exploring with using any gas or stepping out the door. While I definitely recommend getting out and exploring, this is a good choice if you're exploring remotely.

Earlier, I mentioned that I've come to rely upon devices with location information too much so that I'm never lost. What if we thought of these tools differently? I think a better idea is using them to actually help us record the areas we encounter while exploring instead of letting them take us places.

If you have a smartphone, chances are that your camera includes the means for recording GPS data while taking photos. On my iPhone, sites are mapped and plotted, so it's easy to snap a photo and have the location data instantly recorded.

Adobe's Lightroom 4 even includes a Map module to help you visually view where your photos were shot. Even if you have just a GPS, keeping a notebook with some coordinates and notes about sites is a great way to build your database

When it comes to exploring, there's one thing that's hard for me to advocate publicly even though we've probably all done it. Putting an attorney on retainer is probably a bit of an exaggeration, but venturing (let's be honest, it's trespassing) onto property that isn't yours is always a risky venture. You should always seek permission, and it's often easier than you might think.

In our discussion recently about exploring and venturing carefully, Paul added that "I’m not going to flat out say that you should break the law and disregard signs posted regarding trespassing. But sometimes, it’s better to take them as mere suggestions. Take the road less traveled when exploring."

His advice certainly reminds me of the old adage of asking for forgiveness instead of permission. Venturing through a field is a little different than breaking and entering - make sure to never harm any piece of property you photograph. Tread lightly and consider the consequences.

There's no three-step process or easy framework to follow to become a master explorer. Committing the time and following some of the tips I shared are a great way to get started. Don't fall into the trap of thinking that you've seen everything in your backyard. You probably don't even know all of the things you don't know.