Learning to be Your Own Critic

A lot of us are hesitant to critique our own work. It’s understandable. After all, we put a lot of thought into each image we create. Trying to be critical after that just doesn’t seem right. But learning how to critique your own photos is necessary for improvement. Today, I hope to show you how to do it.

Once you master the techniques of self-critiquing you’ll find it’s actually an enjoyable thing. At first it may seem difficult, but every time you shoot you’ll create better and better images. By paying attention to the details, you’ll quickly realize ways to refine your photography. Here are a few tips to get you started with critiquing your own photos. 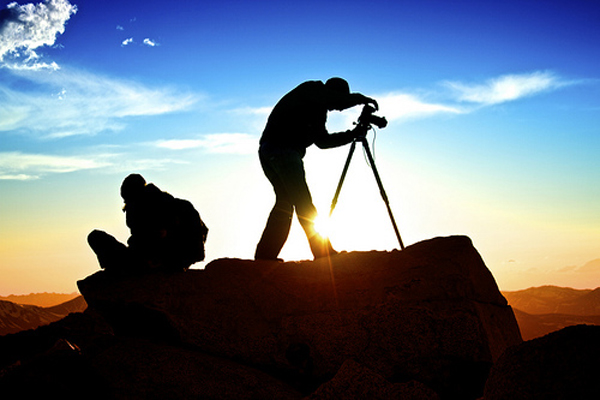 Distance Yourself from your Work

It's very important as a photographer that you learn how to look at your photos from a different perspective. One that's objective and doesn't let emotion flood your opinion. It's easy to be overly proud or overly critical of your work.

But just remember you're not the only one creating amazing images in the world. There's always something new you can learn from another photographer that will make your photography better. And vice-versa.

Being your own critic means stepping outside of your shoes and imagining you are that different photographer. What would you tell yourself about a specific image? Don't say exaggerated things like, "this is the best image in the world" or, "this image is really awful." Both of those approaches are wrong.

Instead of being too proud or not proud enough, a good thing to do it to point out specific elements to each photo. Focus on the minor details. What works? What doesn't? What can be improved? It could be something as simple as standing five feet to the left for better composition. Or, if it's an image you worked on in Photoshop it could just be some color correction you need to adjust.

Know How to Critique your Actions

I once missed a big-time shot of an athlete running straight towards me because my ISO was too high. The shot turned out bad and the editor didn't want to print it big. To this day I never forget that I have to think quickly and adjust my ISO perfectly when action suddenly comes my way.

Let’s look at this situation in more detail. What did I do wrong? Well, for one, I didn’t anticipate the action. The subject was running in and out of shadows. I should have foreseen the upcoming path and adjusted the ISO for when the subject was in the ideal spot. Wait for a moment when they were in front of a nice background or about to sprint in from of another runner.

Because of where I was standing, I had only a short window of time to shoot. When this happens, it’s better to wait for “the shot." A lot of moments are missed by trying to capture everything instead of using your instinct.

Think of a time when certain elements of an image were a direct reflection of your performance. Sometimes it’s hard to tell what went wrong or what should have been done better until you look at it in hindsight.

But think about each step and each move you did and realize how one little thing could have produced a better photo. Remember this lesson for the next time you shoot. Every time you do this your standards increase. 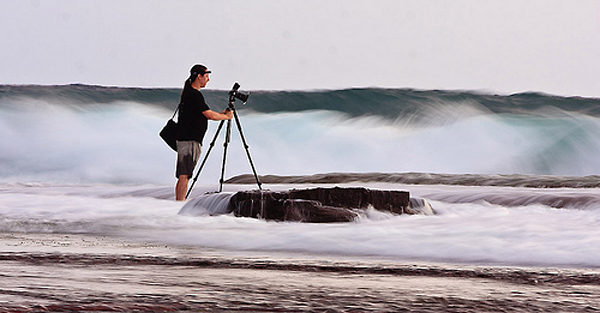 A Photo is Only as Good as it’s Weakest Element

Our eyes naturally tend to pick out things that don’t look right. Even just one weak element will stick out like a sore thumb.

Is the focus off when it shouldn't be? You could maybe make it work as an artsy blurry shot, but if not, don't be afraid to toss it out of the selection. Also, we tend to miss things at first that pop out later unexpectedly in the background.

If there’s a tree branch behind a person that makes it look like they’re growing leaves from their head, no matter how strong the rest of the image is, this weak element could bring the quality of the photo down.

When judging and selecting your photos from a bunch, chances are one photo is neither perfect nor horrible. Each will have good and bad things about it. It’s best to recognize the small details you missed during shooting as something to be aware of for next time.

The next photo is an example of an image having a weak element. But first, I’ll focus on the good aspects. What I like about it is the rich, bright color - especially the contrast of the ferris wheel against the dark blue sky. Also, for shooting at night without a tripod it came out quite sharp.

But, as for the weak element, the whites are overexposed. There is no detail in the lights under the tent and the guitars have no detail whatsoever. Some of them even blend into the background. For this image, some minor Photoshop adjustments should help the overall quality.

So I opened up my image in Photoshop and made a couple adjustments. First, I went to Image > Adjustments > Shadow/Highlights and changed Shadows to 0 and Highlights to 15 in order to compensate for the amount of brightness. Then, I used the Burn Tool (O) to darken the lower part of the image.

Only two adjustments in Photoshop

Only by paying attention to detail are you able to see the little things that affect the entire image. Sometimes it just takes a little effort in Photoshop to be better.

Look at the Overall Message or Story

Every picture tells a story. Sounds cliché, but it’s true. You can have control over the way your viewers feel and think about your images by creating a message. It doesn’t have to be strong or groundbreaking. It can be as simple as a children’s bedtime story.

Any kind of story or message makes a photo more interesting. Whether it’s inspiring, shocking, or unique, a photo with an overall message makes more of an impact. Take a look at some of the photographs by National Geographic photographers. Most of the work they publish is more about telling a story rather than showing off perfect techniques.

Think about telling a story when judging your work. Is this the type of image that will make people feel or think something? Or is the story behind the image lacking? Strive to enhance your portfolio by creating images that are mindful.

Time for a Self-Critique

Go through your most recent set of images or think of an image you would want feedback on. Start by asking yourself these questions:

1. What do I like best about this image? Choose one element and be specific. If it’s the composition you like, pinpoint what objects are creating this composition. Concentrate on the details.

2. What is the weakest element of this image? Once again, be specific and be detached. Don’t justify mediocre lighting because you didn’t have the resources to light your subject perfectly.

3. Step away from the image for a few hours, or even a day. When you come back to it, you will have a fresh set of eyes. Use this time to absorb all the knowledge you’ve taken from your critique.

By asking yourself what you like about the image, your finding out it’s initial impression. You’re also getting warmed up for thinking about specific elements. Then dive deeper and don’t be afraid to want to be better.

Let’s use one of my photos as an example. I’ll take you through the steps of how I critique my work.

Okay, the first thing I notice is the contrast. There is a nice use of silhouetting and the sepia tone helps to bring a little surrealism to the image. For this image, I thought it made sense to go in a surrealist direction because it draws the viewer in closer to find out what exactly is going on.

Now it’s time to improve. Remembering that the message of the image is just as important as the look, I realize I could have framed it so that he is standing on the left side of the frame - throwing the remote control airplane towards the right. Naturally our eyes would have followed the direction of the plane off the frame. This would have been better composition. The direction of the plane pointing towards negative space would have better suggested that it’s about to take off.

I also have to add that the horizon line is not straight. It’s not off by much, but it’s one of those things that really affects the quality of an image. If you’re deliberately going for a tilted look, then make it prominent. But in this case, a detail like that is something to fix.

To demonstrate what I mean about composition, take a look at the image below. This photo does a better job of framing the subject because it’s following the rule of thirds.

Both images are similar in that someone is throwing something that is going to travel. The direction in which we anticipate the object to fly in is the side which should have more “empty" space. 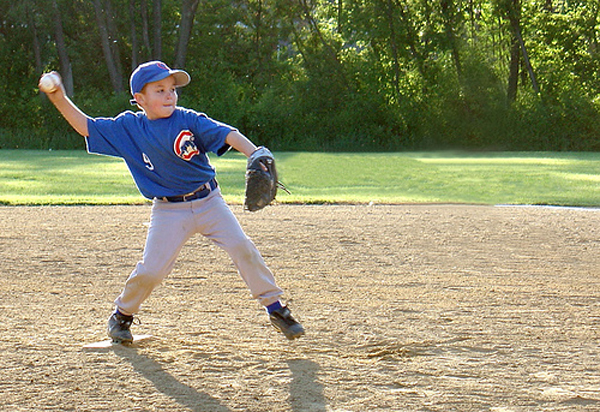 This rule would also apply when an object appears to be coming into frame rather than leaving it. The image below is a good example of this. The subjects (the two football players) are positioned towards the right of the image because the football is coming in from the left.

Think of it as Quality Control

Start with the good aspects of your image. Then examine the details as if you’re looking at another photographer’s work.

Knowing that true analyzation will make you a much better photographer is what ultimately makes self-critquing enjoyable. Just think about the outcome. Remember that what you’re doing is increasing your standards and your quality of work.