Making Your Poses Work for You

Simon Bray Sep 3, 2012
Read Time: 7 min
Theory
This post is part of a series called How to Shoot Perfect Portraits.
How to Pose People and Get Great Expressions in Headshot Photos
7 Posing Techniques for Non-Models

Posing can be a tricky business. Have you ever been on a portrait shoot and it doesn’t quite feel right, everything looks a bit forced and you can’t get the subject to look natural? Well it falls on you as the photographer to make those decisions and have the confidence to direct and adjust even the small variations that can make so much difference and enable you to get the shot you’ve been looking for.

Here’s a simple guide to some posing basics, that will hopefully allow you to make informed decisions and help out your subjects with their poses!

How To Portray the Subject

It’s essential to do a bit of thinking before you dive straight into the shoot, wielding your camera and hoping for the best. Consider how you might want to portray the person you’re photographing and have a conversation with them about how they might want to come across in the photographs.

Do you want shots that look strong and tall, bright and optimistic, delicate and sweet or scared and uncertain? Understanding what you’re aiming for will strongly influence the following decisions about poses to try out. 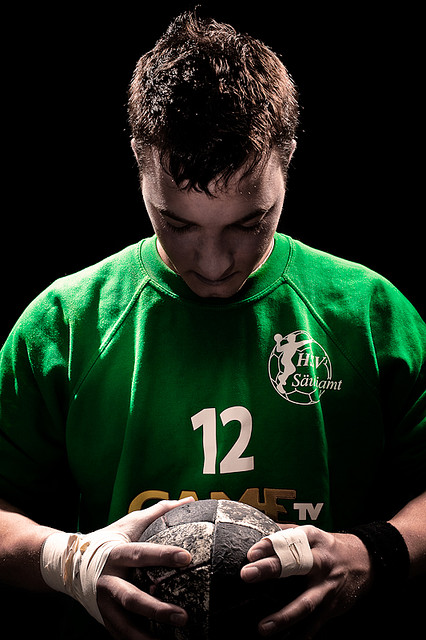 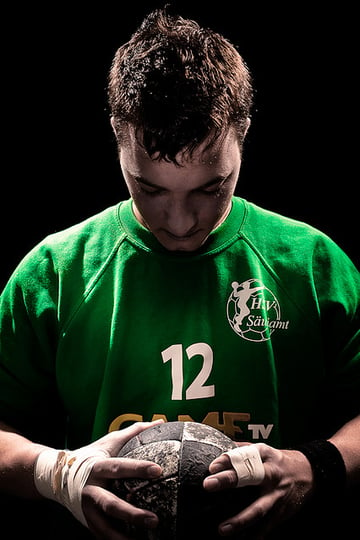 There are far too many potential poses to go through here, but I’ll whizz through a few here to give you a flavour of how they might be useful!

Photographing someone straight on is probably the most direct way to communicate your subject to your audience. It portrays a feeling of confidence and assurance and allows the viewer to really engage with the subject as nothing is hidden from sight.

It’s important to ensure there is plenty of interest with the shot, focus in on the eyes and blur out the background, as otherwise it ends up looking like a corporate head shot! 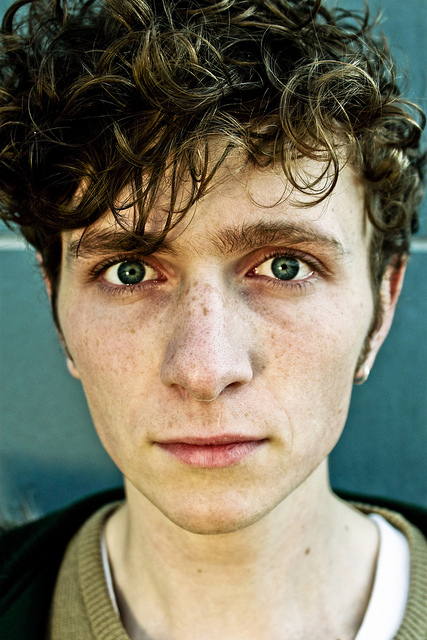 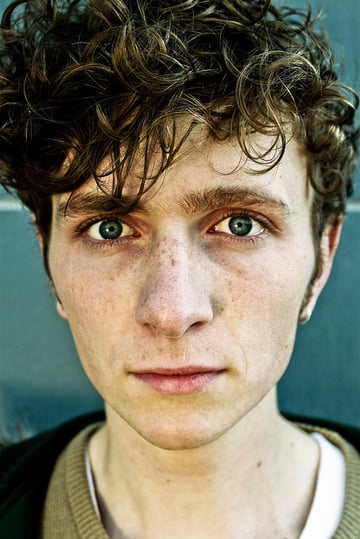 A really interesting way to shoot a portrait that can actually tell you more about the person than you’d originally think. A good option if the subject is shy or nervous about the shoot which may well help build their confidence. It's also very useful in it’s own right as a creative tool, as it’s not how the majority of portrait photographers would shoot. Again, it’s important to be creative to avoid it looking like a police mug shot.

Looking Back Over The Shoulder

This will give a relaxed and easy going feel to the shot. Often used in fashion shoots, it’s something that’s probably slightly more natural for women, but can work for male models if you’re going for that steely look. Be careful to get this right though, as it can quickly start looking like a jovial parody! 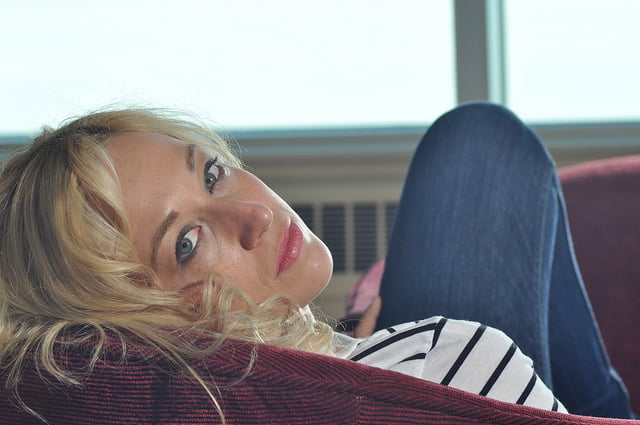 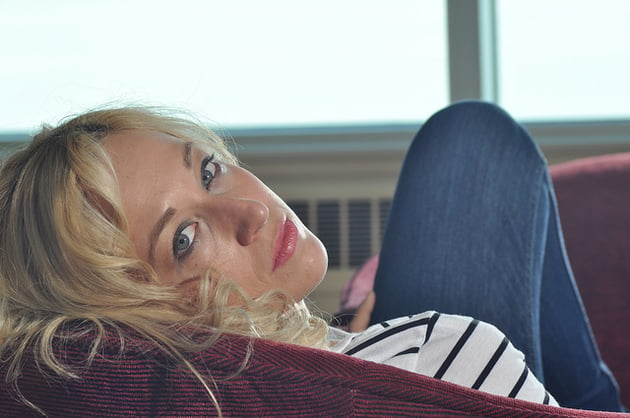 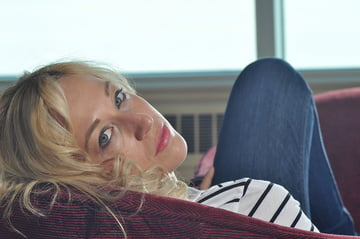 This is an extremely good option if you’re looking to get a relaxed looking shot, as most people appear far more at ease when sitting down as they know what to do with their limbs! Don’t feel restricted to using conventional chairs and sitting poses, there are many things that can be sat on in many different ways, so be creative! 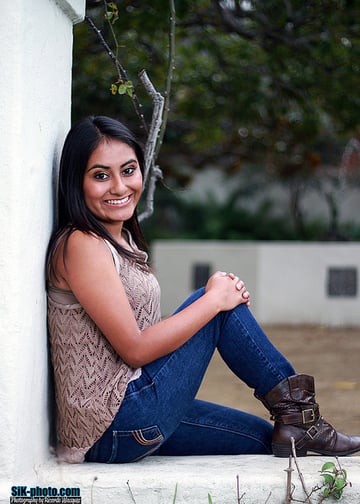 The leaning pose is very good for portraying a casual sense of confidence and ease. Have your subject either lean side on or with their back to the wall. This can then be shot head on, but also looks good in a profile position as it highlights to angle of the lean. 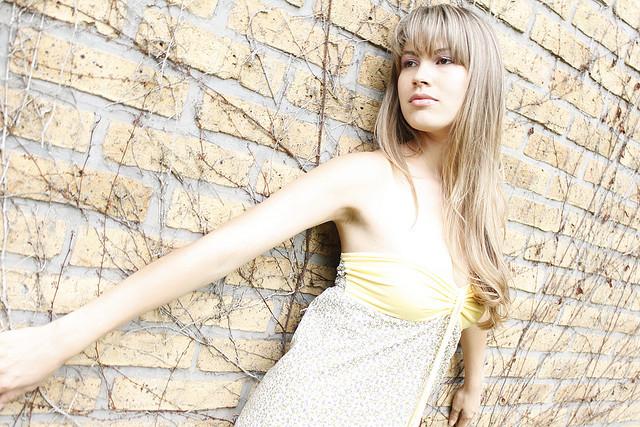 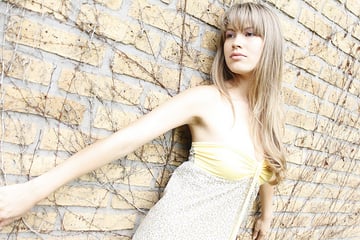 This is a great way of portraying a relaxed and playful atmosphere with the subject either on their front or back. You have the option of shooting from ground level or from above, which can create a dramatic view of the subject! 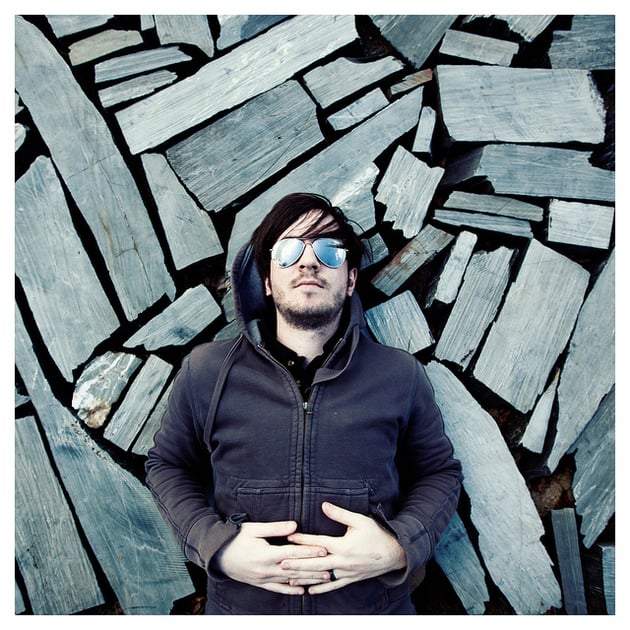 What To Do With Hands!

This can be a real dilemma for subjects as they’re often thinking about their face and body structure. Not knowing what to do with your hands can portray an unwanted nervousness. Dictating what the hands are doing will add another point of interest and structure to your shots, so it’s important to have them in the right place!

Having crossed arms can add a sense of confidence and security and works well for men in particular. Relaxed arms down by the side can make the hands look slightly lost, but you might just want to keep them out of the way!

Hands in pockets or hands on hips again gives them something to do and would both look fairly relaxed and intentional. Hands touching the face can say an awful lot. Just try it yourself and see what expressions you can form with the involvement of your hands on your face, grumpy, tired, surprised, angry! You could also use hands to hide elements of the face for added secrecy.

For women, open arms portray a welcoming sense, but having hands covering the body can add a feeling of proximity and sensuality to the shot. For kids, give them props, such as a favourite cuddly toy or a story book to keep their hands busy. 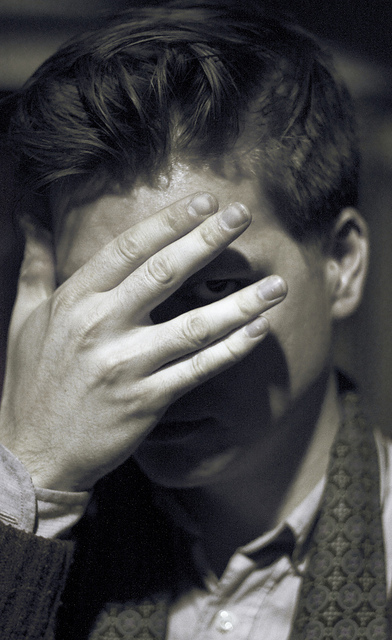 Group poses always benefit from staggered or shaped line ups to avoid feeling very flat. Shooting from slightly above the group allows good lines of vision for each group member. Depending on the group, it’s important to show some togetherness through physical proximity. Something as simple as having their arms around each other can work. 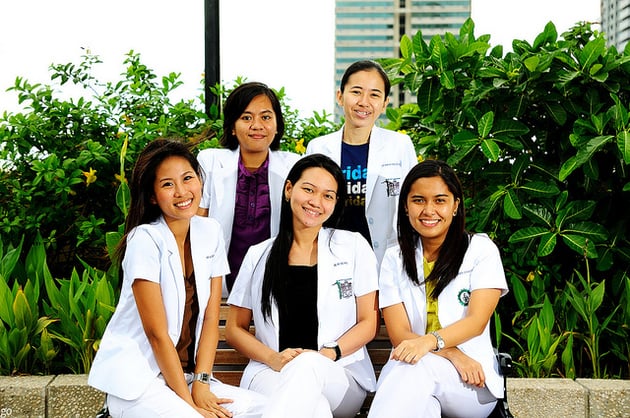 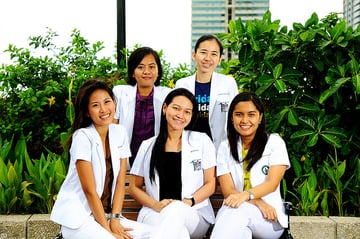 Some subjects will be totally new to portrait modeling, and will need plenty of direction and confidence boosting. There are a few little tips that you can offer to help them out at the start.

Tell them to not hold their breath, it makes the model look very rigid and distracts them from their pose. Avoid totally straight limbs as it just looks very unnatural and again quite still. Tell the model that they don’t necessarily have to smile. The inclination for many is to smile as soon as the camera appears. Unless that’s a specific part of your shoot, they don’t have to be beaming ear to ear.

Connecting With The Eyes

For you as the photographer, consider whether or not you’re going to prioritise connecting with the eyes of the subject. This will add considerable strength to your image, allowing with viewer to engage with the shot, and will almost certainly be the focal point of your image. That doesn’t necessarily mean the subject has to be looking into camera, so feel free to try out some variations and see what think works best on each shoot. 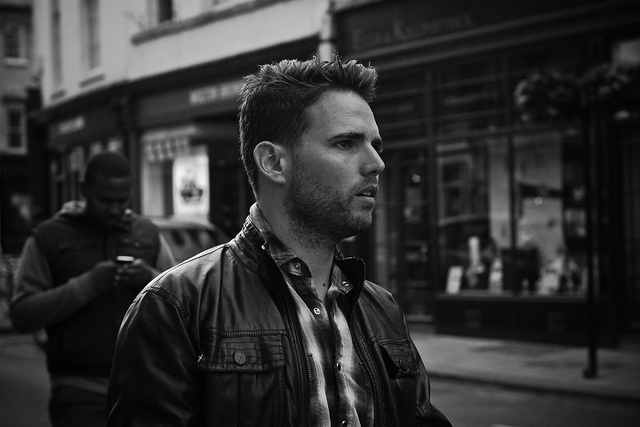 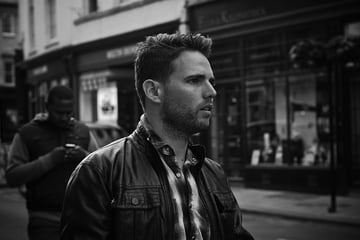 I find that often, natural is best. Something that feels awkward and unnatural will often come across that way in the shots, so it’s important you maintain the conversation with the subject to see how they’re feeling about the poses.

The best portrait photographers somehow manage to portray a person in an image, they tell you so much about them by allowing the model to be themselves and capturing the essence of who they are in a single frame.

I may be a way off that just yet, but it’s certainly possible to allow a subject to act naturally in order to capture some of who they are without trying to recreate it with elaborate poses! 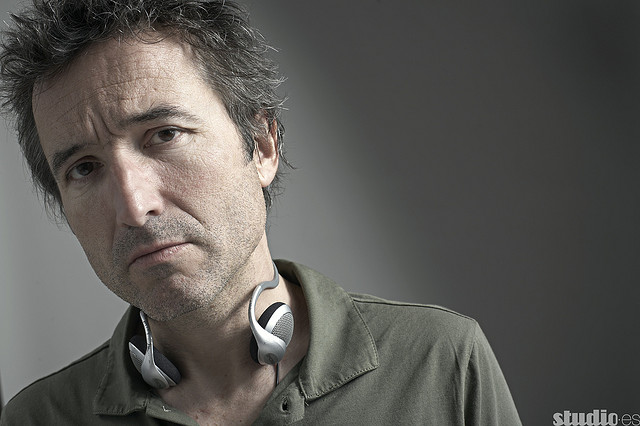 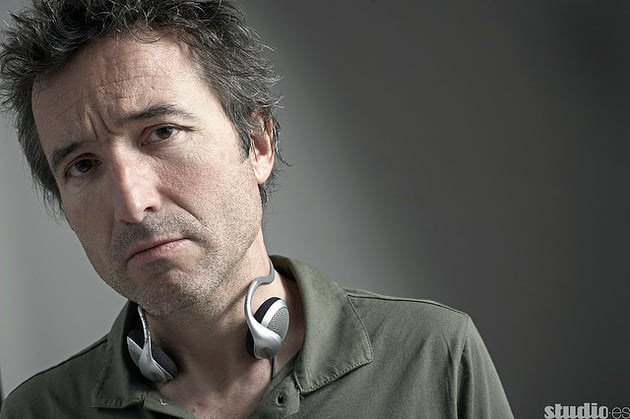 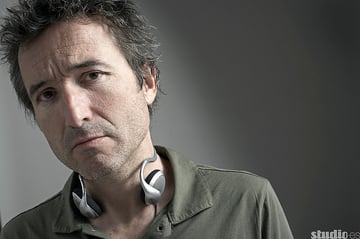 So hopefully you’ll be able to combine all those elements into your next portrait shoot to find the right pose for the right subject. There’s no right or wrong here, it’s a case of experimenting. You’ll learn on the job and gain confidence so that soon you’ll be able to predict which poses suit which models.

It might be a good idea to do a few practice shoots with friends in different locations, just to get a feel for what is required from you as a photographer with regards to posing. Be confident in directing the subject, even on small things, chin up, look left, hands out the way, all those sorts of things that will all combine to allow you to get the shot you’ve been looking for!