Photo News of the Week is a new feature on Phototuts+ bringing you the news from all aspects of photography. It is a great to keep up with technology, trends and leaders in the craft. And if you have news from the week to share, please drop a link in the comments!

We're trying something a little different in our news round-up this week. We're bringing together some more in-depth information about a specific area in the photography world. If you like this format better than the our three-piece style, please let us know in the comments.

Compact Cameras in the News

In the past week or so, three different things happened. First, Canon announced it's new G1X. This is a G-series camera, so the styling has remained consistent with previous models, but it packs a nearly APS-sized sensor. That's darn big for a compact point-and-shoot. Canon hasn't jumped into the mirrorless market yet, so this may be an effort to delay. 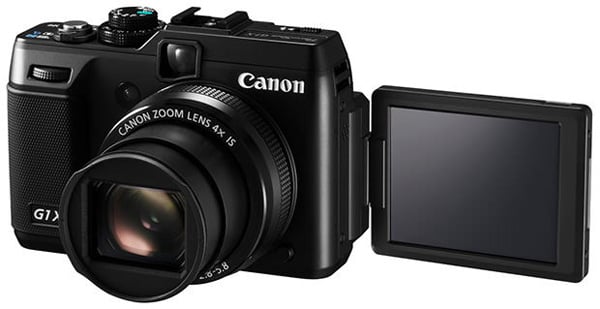 Next, Scott Bourne over at Photofocus published an article questioning if smart phones will ever replace point-and-shoot cameras. He predicted that point-and-shoot makers would keep incorporating special features like slow motion video or underwater sealing into their cameras in order stay relevant.

Finally, Polaroid released their new SC1630 Smart Camera. It looks like a smart phone with a nice lens on the back and is even powered by Android. It's wifi connectivity means that users can download apps to the camera. Built-in editing and effects apps developed around a touchscreen interface sounds like a great feature for any camera. 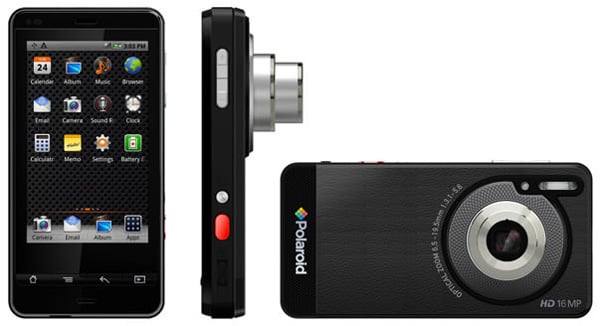 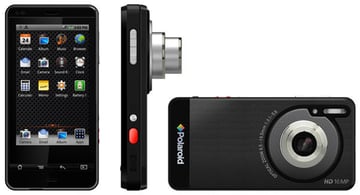 What is a point-and-shoot for?

For the record, I'm a professional photographer. It's how I pay my bills. For work, I primarily use a DSLR with three lenses. I also own a point-and-shoot digital, a Nikon P7000 which looks a lot like the Canon G12. I almost never use it for serious work. I carry it as a back-up camera. But when I go to parties or on vacation, the P7000 gets used for all my shots. I simply don't want to lug my DSLR around.

My smart phone doesn't get used as a camera, because it lacks all but the most basic controls and the flash is awful. The P7000 gives me control over depth-of-field and it has a real zoom. Those are two pretty huge advantages.

A shot from my vacation made with my point-and-shoot. The quality is fine for a decent sized print.

Where things are headed

I'm not the average user of a smart phone or point-and-shoot camera. I think for most people who want to take photos, but do not want to learn all the ins and outs, a smart phone is fine. The price of DSLRs has come down so much that when a person wants to take the next step in photography, that's where they'll head.

That being said, a smart phone is never going to replace a real camera. No matter how good they get, they will have small sensors, they will lack controls and they will have iffy zooms. At the end of the day, it's a phone. It has to fit in your pocket and have a lot of other technology packed into it.

There are some interesting developments in the small camera market that may change the way it works. The first is an item made by Pentax, the Pentax Q. It's the touted as the smallest interchangeable lens camera. Officially, it falls in the mirrorless camera class, but it's size means that cameras like this in the future could change the way we think about small-but-controllable "point-and-shoots." 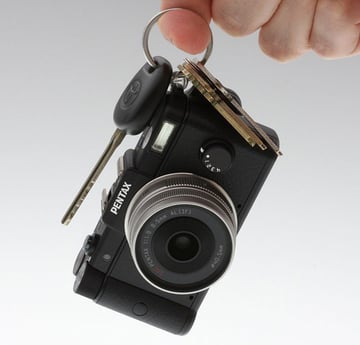 The Pentax Q was announced in the summer of 2011.

The other camera to watch is the epitome of niche and special features. Polaroid recently announced their Z340 which utilizes ZINK® technology, an inkless printing solution. The camera operates like a normal digital camera (with some retro styling), but can pump a 3x4 inch print out the front of the camera in less than a minute. The user can also choose to creative borders to put around their prints, including a traditional white Polaroid border. 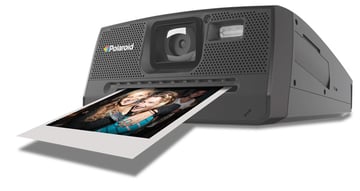