Photography in 2011 and Beyond

This year revealed much about how the camera industry and the photography industry operates. In this article, I hope to recap some of the highlights (and lowlights) of this year in case you missed them, and gaze into my crystal viewfinder to predict the future. At Phototuts+, we genuinely hope that your 2012 will be wonderful. Keep reading to see how out fellow photographers and camera makers got along.

The camera industry was rocked this year by a variety of things. Flooding caused most Japanese manufactures major delays in fulfilling orders. Nikon was especially hard hit, but still managed to get their Nikon 1 series out before Christmas.

We all learned that making money by making cameras isn't an easy business. Both Olympus and Kodak had issues this year. In October, "one of the biggest and longest-running loss-hiding arrangements in Japanese corporate history" was revealed, according to the Wall Street Journal. Rumors circulated about ties to organized crime. In the end those seemed untrue, but the upper crust of the company is still under more scrutiny than a mafia crime boss.

Kodak, while not in legal trouble, seems to be in desperate need of money. The company grandly and ceremoniously ceased production of Kodachrome earlier this year. As if it were a sign of things to come, Kodak is now losing millions a week. They are selling off portions of its business like they are on fire. I think Kodak will come out of this on top, but it's still sad to see the company that basically brought photography to the masses in such a bad spot.

The buzz around HDR photography started to die down a little. In my opinion, that's a good thing. But it has been replaced by a plethora of other techniques, some good, some bad.

Tilt-Shift post-production techniques are all the rage with camera companies now including the feature in some cameras. The selective focus technique been around… well, since the first large format cameras were invented, and has the capability to make landscapes appear miniature.

Unfortunately, the other aspects that come with tilting or shifting your lenses are not as easily replicated in Photoshop. On the other hand, the trend brought more attention to the company Lensbaby which produces really interesting lenses that actually allow you to truly tilt your lens. I'm glad the more complicated aspects of photography are being discussed, I just hope it continues.

Video-shooting DSLRs have possibly surpassed non-video-shooting DSLRs in the current new camera market. With that comes an entirely new DSLR video accessory business. We see dollies and stabilizer everywhere. Because sharing videos is now so easy, people are now starting to get over the novelty and concentrate on the quality. I think this is a really good thing.

Video and photography have begun to merge and will continue to do so. Canon has made a big commitment to the film making industry with its stable of cameras. I just hope people will realize that every video does not need to be shot at f/1.4, a little depth of field goes a long way. If you or your subject moves at all, your focus is gone. Occasionally, this works.

Combining video and photography, I saw a lot of time-lapse videos this year. Some of these were well done, some were pretty self-indulgent. The ones that were most interesting were ones that told a story that was bigger than just time passing. I even saw several tilt-shift miniature time-lapse videos, including a tutorial on how to make one on our site. Again, these are mostly attempts at pushing technique and exploring the limits of what works.

The work of the late Vivian Maier exploded on to the street photography scene this year. John Maloof discovered her work in 2007 after a horde of her negatives
]\ n were sold off in a storage locker auction. Before Maloof could fully gather, identify and market the collection Maier died in 2009.

There is now a website, the first of many gallery exhibitions, and a documentary. It would be easy to dismiss her work as mediocre photography wrapped in a good story, but this is untrue. Her distinct style and complete documentation of the cities she lived in is worth more than the story. 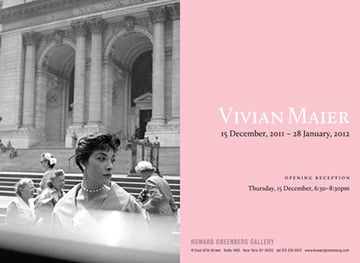 In the 2011 Pictures of the Year International competition, the multimedia portfolio category was won by Leslye Davis, a student at Western Kentucky University (the alma mater of yours truly). In second place, Liz O. Baylen with the Los Angeles Times and in the honorable mention spot, Damon Winter with The New York Times.

Davis' work is stunning and apparently better than shooters at the two of the biggest daily newspapers in the U.S. Check out Davis' portfolio here. She'll be interning at the The New York Times next summer, and to that I say, Damon Winter better watch out.

I've recently been following the story of a Kansas City photographer named Jose Santa Cruz. He has 30 years behind a camera, but cancer forced him to sell everything he had. He's been living in the Kansas City Rescue Mission for the past three months.

After the local Fox News station ran a story about him, Kansas City residents donated a camera to him. I hope he gets the help he needs. Being a photographer sometimes means sacrificing a lot of your security. It's the nature of the profession, but we have to help each other out when we can. You can read the full story here. 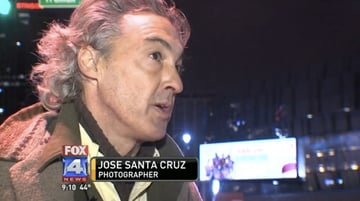 There are a few things I see on the horizon, and a few more I wish were there, too.

Holy crap, have we seen some leaps and bounds in mirrorless cameras or what!? My first prediction: these are here to stay. Pretty obvious, right? Well, if that's not enough for you. I think Nikon will redesign there 1 series because the function is great, but the looks are hideous.

I think the Fuji X100-type mirrorless with interchangeable lenses will be the first serious contender in the pro market, as long as they get the specs right. Finally, guess which major camera manufacturer isn't in the game yet? Canon. That's right, Canon. Remember the wave they made with the G-series point-and-shoots, just wait until their mirrorless drops. 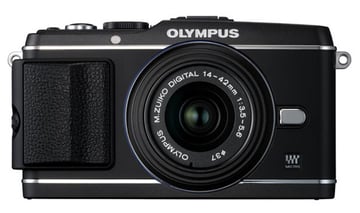 From old to new, let's talk about film for a minute. I think film will find its place in 2012. That place will be high end fine art photography because there's just not a reasonably priced substitute for a 4x5 camera out there and there won't be for a long time (if ever). Don't talk to me about resolution, I'm talking about functionality.

AND… there's another place, in the fun enthusiast camp. I'm talking Lomography, people. That crowd will continue to grow because there's something to be said for the huge variety of cameras that don't have a screen on the back of them. 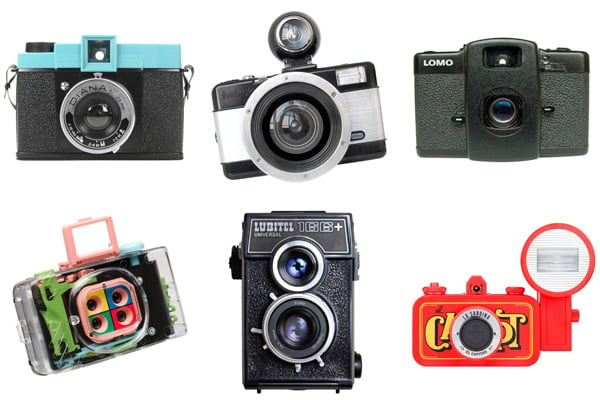 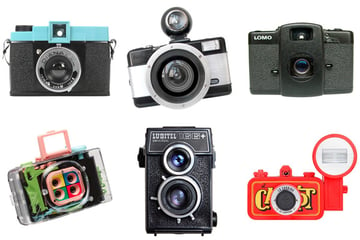 Pentax and Mamiya made waves in the arena in 2011, but even the simplest medium format digital camera/lens combo costs close to $10,000 USD. I think there will be big moves here next year. I wouldn't be surprised if that number get's lower than $6,000. Further out, bigger-than-35mm sensor cameras like the Leica S2 will be the pro-option. 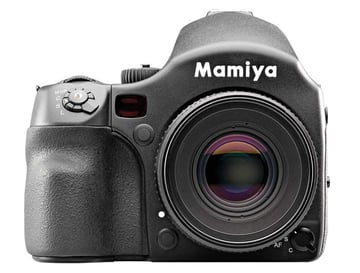 My letter to Santa included one thing this year. I want someone to produce a Leica M9 for the masses. By this, I mean, I want a manual focus camera with a shutter speed dial, an aperture ring, an ISO dial and then a few soft buttons next to the screen on the back. The Fuji X100 was close, but unlike a lot of people, I don't like the viewfinder and I don't like the fixed lens.

This camera would not be expensive or hard to produce. I don't need 10 frames a second, I don't need video, I need a camera that was as straight forward to operate as my Nikon F3. In short, I need knobs, not buttons and menus. It would be nice if they made a SLR version and rangefinder version, too. And could it cost around $400 USD, that would be perfect. And please, keep the color choices to black and chrome. Thanks. 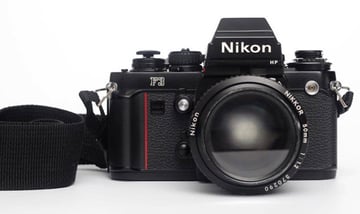 Have a great 2012 everyone! And thank you so much for reading Phototuts+ this year. We hope to bring you a lot of great articles and tutorials next year.