Quick Tip: Balancing ISO and Aperture to Achieve the Results You Want

by Antoinette Seaman26 May 2012
Length:ShortLanguages:
Shooting

Shooting action requires a photographer to be quick on his feet and with his settings. It takes more than the speed of the shutter to capture the moment. ISO and aperture are two functions that can dramatically change the result of an image.

Keep in mind that one of the most important techniques to learn as an action photographer is to keep one eye in the viewfinder and the other eye tracking the action. That way, you can anticipate your subject's next move and be prepare to change the settings accordingly.

But thinking so quickly doesn't come without first knowing which choice of settings are going to achieve the image you want. 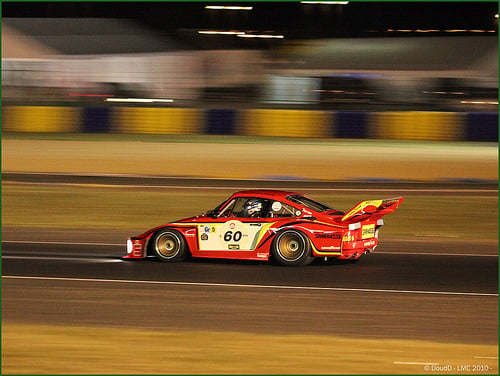 To Raise or Not to Raise (the ISO that is)

Setting a higher ISO is typically used for low-light situations, as it makes the sensor more sensitive to the available light. But it's also a crucial setting when it comes to shooting action. A higher ISO - anything from 600 to 6400 - also means an image with more grain. Some photographers like the look of more grain as it makes the image more film-like in appearance. But others prefer their action shots to be as sharp as possible.

Choosing to raise the ISO instead of widening the aperture will affect the background of the image. Set a higher ISO and a small aperture if you want the background to stay in focus. Especially in low-light situations.

A deep depth-of-field is great for photojournalists who need to keep the background in focus for the story of the photograph. Is the name of that building your subject is walking out of important to the story the image tells? If so, you may want to consider ISO the priority in a situation like that.

A benefit to shooting with a higher ISO is that it's much easier to focus on your moving subject. A wide aperture (shallow depth-of-field) makes it trickier to stay focused on the action. 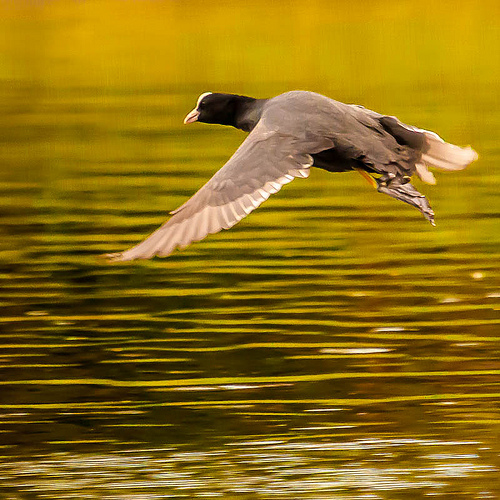 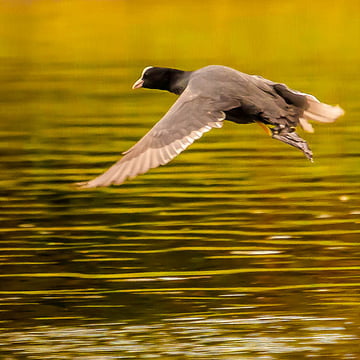 Or Open the Aperture

The biggest benefit to widening the aperture is a more compressed image. The effect can be very artistic, as the subject or point of interest is sharp but the background isn't. Many photographers prefer the shallow depth-of-field in shooting action because it makes the subject pop out against the location.

Whether you're shooting wildlife or sports, think about what it is you want to highlight. What would the audience of this photo be most interested in? For many sports photographers, choosing a wide aperture is a great option because it puts the focus directly on the athlete. 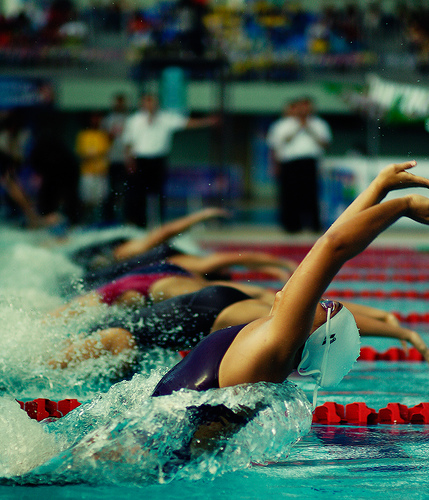 It's also a good idea to widen the aperture and blur the background when there's an eyesore in the background. An aspect to shooting action is that you aren't in control of the action itself. You can't control where your subject is going or what they will do. All you can do is be prepared and think ahead.

For example, if a bird suddenly starts eating a fish too big to swallow, but is standing on top of a trash can, you probably want to widen the aperture. That way, you can disguise the fact there's a trash can there while preserving the interest of the image - which is what the subject is doing.

Action photographers pay very close attention to their subjects. Remember to keep one eye following the subject and the other framing the shot in the viewfinder. The trick is to anticipate where your subject is going. That way, you can quickly decide and change your settings and not miss the shot.

Choosing between ISO and aperture priority is a balancing act. Practice setting a high ISO for some shots and a wide aperture for others - and then compare the results. Eventually, knowing how and why to change your settings quickly and it will become second nature.