We can all appreciate the mysterious beauty of a rainbow - they're colourful, magical, and an uncommon occurrence. Unfortunately, they can be a tricky subject to photograph well. Today we'll be offering a few tips on how to make sure you get the perfect rainbow image.

What is a Rainbow?

So, what exactly are we looking for? Rainbows occur when sunlight intersects with water droplets - whether that's rain, mist, waves, or a waterfall. Anywhere that you can see bright sunlight and moisture will be a good candidate for rainbow spotting. 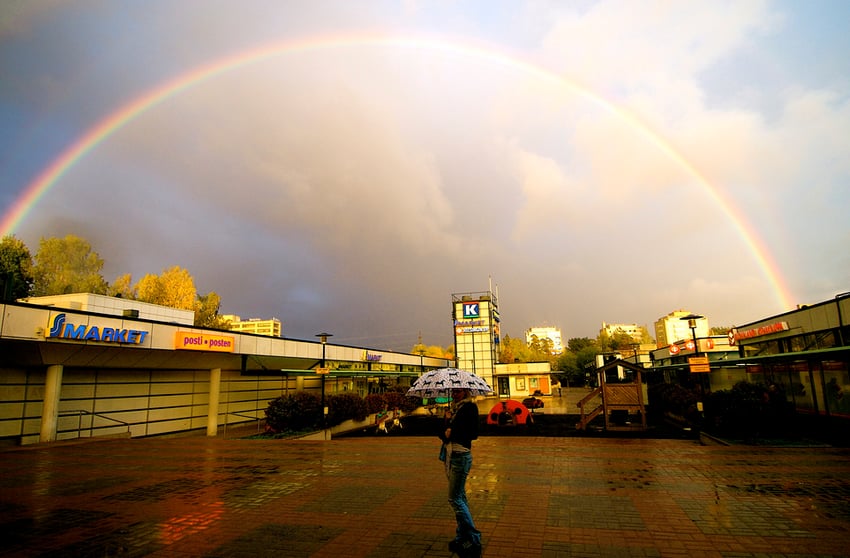 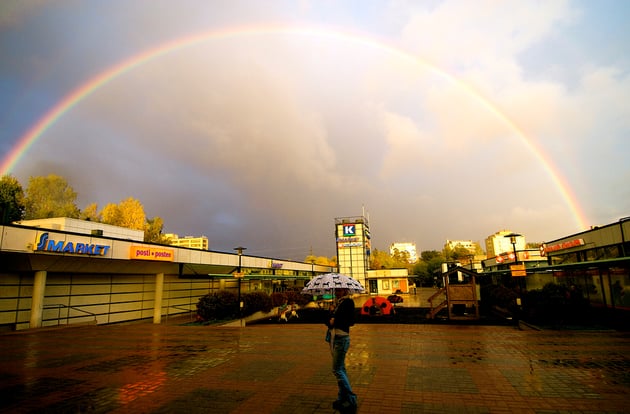 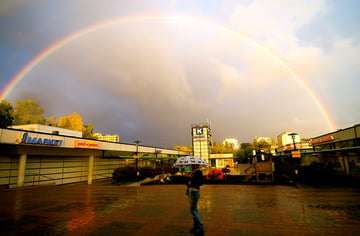 The most spectacular rainbow shots can be taken when half of the sky is still dark with cloud, and you are positioned at a spot with clear sky in the direction of the Sun. You'll be able to capture a bright rainbow that stands out against a dull, rainy background.

The most important thing to remember is that a rainbow isn't a solid object - it's a combination of light and moisture. This means that it's often best to have a relatively clear background behind the rainbow.

This could be cloud, blue sky, the sea, or anything else similar. By all means incorporate other elements into different areas of the frame, but the background directly behind the rainbow itself is best kept clear.

The End of the Rainbow 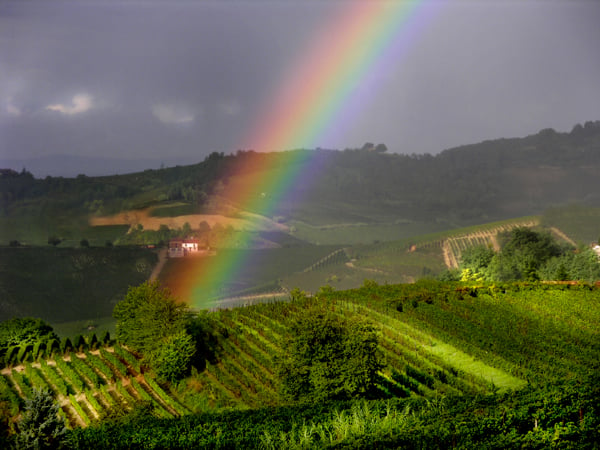 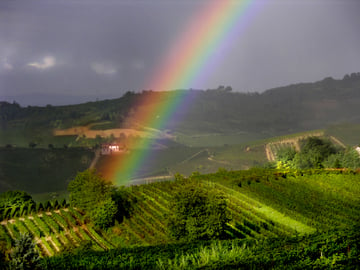 Try to find an angle that allows you to make this a prominent element in the image, and experiment with photos that show the rainbow crossing interesting subjects.

Look for the Second Arc

Whenever you can spot one rainbow, there's usually a second arc slightly higher in the sky surrounding the main rainbow. The colours of this are reversed, and it's a really interesting element to incorporate into your shot. 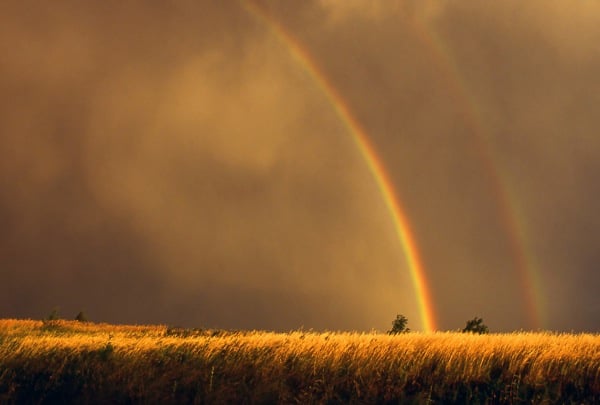 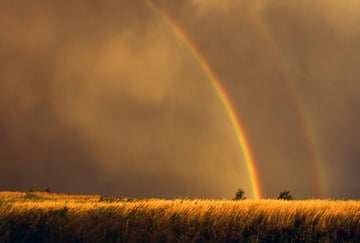 Somewhere Over The Rainbow

It's rare and unlikely, but if you get a chance to observe a rainbow while in an aeroplane or helicopter, you'll see something interesting. It's possible to see the whole circle of a rainbow - not just an arc.

Obviously this is even more difficult to photograph, but it's certainly something to keep an eye out for!

If you're wanting to experiment with this type of photography, you don't necessarily need to wait for the environmental conditions to be perfect. A sunny day and a garden hose on the "mist" setting should give you a subject to experiment with straight away! 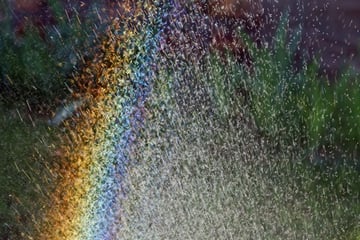 Have you taken a rainbow shot that you're particularly proud of? Feel free to leave a link in the comments below - I'd love to take a look!