Everybody will go photograph holiday decorations this month, but I bet few will think about photographing the period when they're set up. There are some fantastic images to capture. Let's take a look! 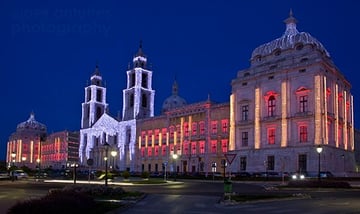 Some 460,000 LED lights were used in this holiday decoration controlled by a computer.

Most of the holiday decorations in city streets can be put in place with a ladder or a basket crane truck, but when old huge monuments are involved, like the Mafra National Palace, in Portugal, which is part of the Association of European Royal Residences, other means have to be used. 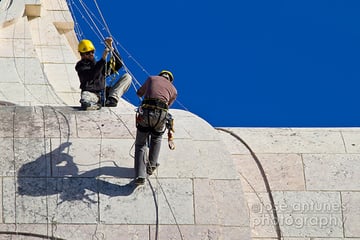 It all started with the force of hand, with some of the workers doing the dangerous job of placing the cables from the top of the monastery´s high roofs.

The Mafra National Palace is used here as an example. You'll probably find a similar situation in your country or city, that you may not have been aware of. You see, this is a huge monument, with a 660 foot (200 meter) façade, comprised of three bodies: the Basilica in the middle and the Palace and the Monastery on each side.

With 880 rooms and 300 cells it has some 45,000 doors and windows. Even if you are to place lights only on the front and part of the sides, it is the kind of work that takes days to finish. 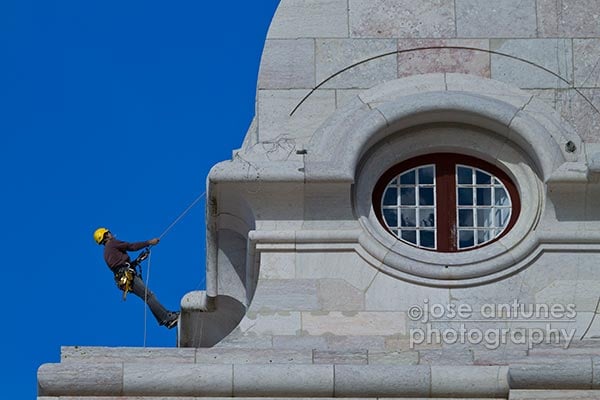 The workers hanging from the towers gave me the chance to create some unique photographs that contribute to a more complete vision of holiday lights.

Considered to be one of the biggest buildings constructed in Europe in the 18th century, the palace is so huge that it dwarfs the city of Mafra. The holiday decorations occupied more than 12 persons that worked for over 4,000 hours total to create the light decoration, based on more than 16,000 meters of cables covering the frontal façade and the two towers of the building. 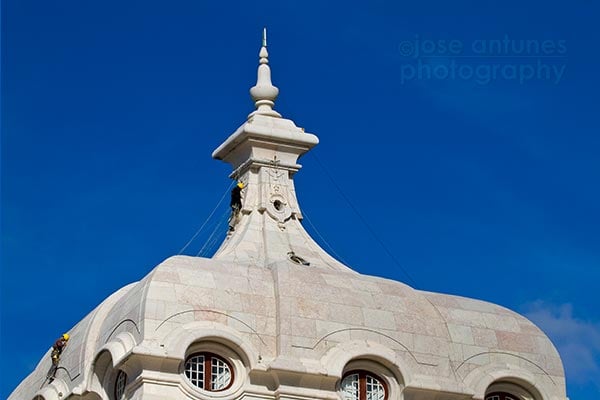 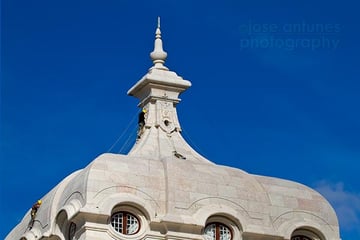 Choosing a more ample angle gives the exact dimension of the climbers and the rooftops they are hanging from.

In today’s world, the holiday illumination of monuments like the Portuguese Mafra National Palace, is made of technological modern LED systems, but to get the cables and lights in place a group of people capable of climbing and hanging from ropes crawl all over the roofs and towers for some days, giving me the opportunity to go back at different times and get some images that are not the usual photos you associate with holiday decorations. 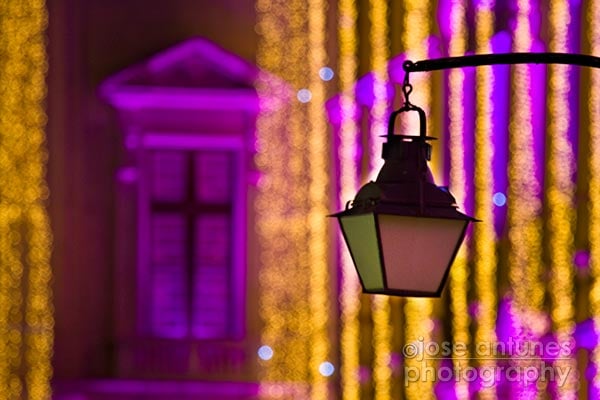 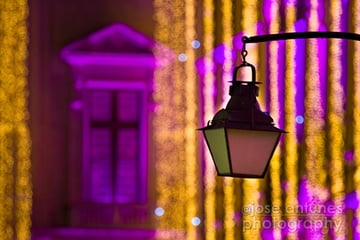 Two computers running an animation system create the show of light that renews itself everyday.

For some two weeks I went to and fro, shooting different aspects of the work done by the climbers, and in the end I also got the same pictures everybody else does: the lights in place. 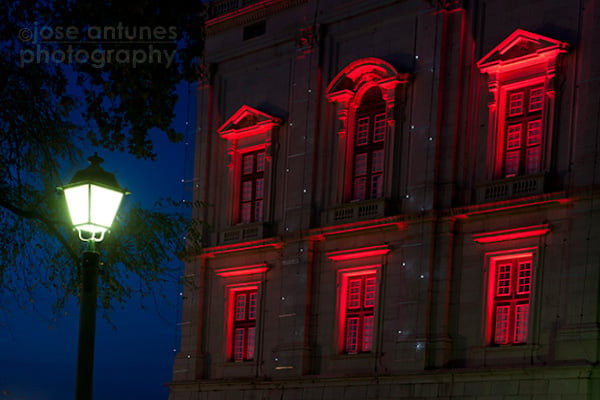 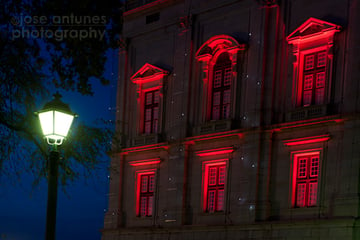 Because I had to work within a limited frame of time, to still get light in the sky, I had to return different days to obtain different aspects of the show.

The end result is a series of images that tells "the whole story." Think about working a subject like the holiday lights in your town this way. It's the kind of project that widens the scope of one's photographic experience and creates meaningful memories.