We do know law enforcement sometimes picks on photographers. It is a widespread tendency, increasing as there are more and more people taking pictures. But not being able to shoot a frog in a public park is getting on my nerves. It is all due to having a long lens! 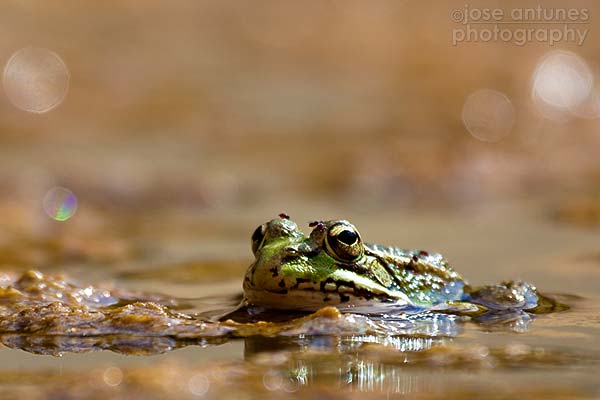 Taking pictures of frogs may not be as quiet a labour of love as you think.

It was just me and that frog. I moved cautiously, to get the shot, checked my exposure, made sure my trigger finger had the right pressure, ready... then I heard the loud STOP!

A dark clad figure looked at me from the nearly two meters of its stature. I was on my knees, still astonished, surprised, not knowing exactly what was wrong. Then the man, hands on the hips, looked down at me and shouted: YOU'RE NOT ALLOWED TO PHOTOGRAPH THE FROGS HERE! 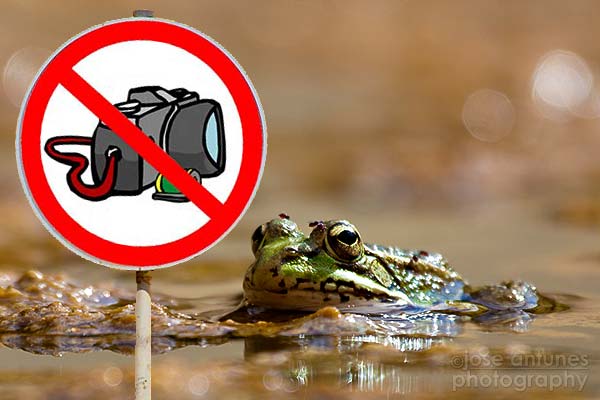 Imagine you get to your best frog spotting place and find a sign forbidding photography there. It may happen someday.

I could not believe it. A security guard forbidding a photographer to shoot a frog. I've seen it all in terms of how the police treats photographers, having covered street demonstrations for newspapers back in the seventies and eighties, but this was too much.

I remember I almost gulped for air. Somehow the whole situation made me feel like a kid caught taking sweets from the candy jar. Then I regained perspective of the ridiculousness of the situation and, standing up from my position, faced the man and asked, "WHAT?" 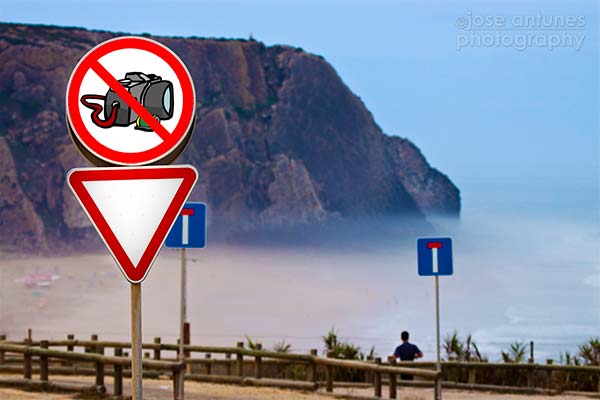 For professional photographers, some nature areas are already a "no photography allowed" zone, even if there is no sign. (The sign on this image was added in the computer, as an example).

The answer kind of made me dizzy, "YOU'RE NOT ALLOWED TO PHOTOGRAPH HERE." The words fell like thunder falling from the sky. I mentioned that there were people right beside us taking pictures of this public garden, that was the reason why I choose to go there too occasionally. So I had to ask what the security guard meant by not being allowed to shoot the frogs. I was not "shooting" them as in "shoot" but simply taking pictures.

"NO PICTURES," the giant said. I asked under which rules and he said, "PARK RULES." And then he continued stating that by the look of my camera and lens - I had my trusty 100-400mm from Canon - I was a professional, so I was not allowed to take any pictures that I would sell. He didn't say it, but I felt in his eyes he wanted to add, "with a large profit."

I tried to argue back, but he moved on to me and I felt he was a really big guy, so I decided it was really better to stop and find other ways to understand what base he had to give me that warning. I must say I never did get a proper answer to my inquiry. What I've found is that if you show up with a big lens or a tripod, even if you're not disturbing people passing by, and the police see you, you're going to be stopped from photographing at some public parks in my country.

And in other countries too, starting in good old Great Britain, that has a photographic tradition so strong they even have a Royal Photographic Society. And it is not just the law enforcement authorities, but security people, that all seem to know very well how to shout the word "forbidden," but can never fully explain the reasons why you're not allowed to do things as simple as shoot a frog. 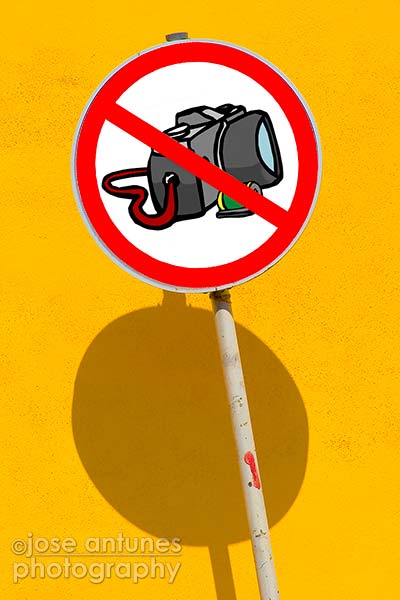 The frog story is not the only one I've had. I've been told I could not photograph at another public park that has a lot of statues of poets and writers, because I may not photograph the statues, as they're protected by copyright. Yes, I've heard that from the mouth of a few police officers there, but cannot get further explanations.

One time, while having a discussion with a police officer, I was approached by some tourists that asked me if I would take their picture, with their compact, next one of the statues. The situation was funny and I asked the police officer if I could, and he said yes, because they had a small camera, but I had a long 100-400mm lens. Well, in fact I was in the park to take pictures of small birds that abound there, not the statues! And as far as I know, birds aren't copyrighted!

So now I know it's a problem of size. The size of the things we use. They're afraid of photographers with big things. I've tried to get answers from people responsible for some of the parks and never got a decent answer. There are some vague "park regulations," hints of "you're using that to make money." Many times I am not, I am just having fun, that's also what photography is for me.

I wrote this article out of despair, but also as a warning to photographers. The more imaging systems we have around us and the more people take pictures, the harder it seems to be free to do your photography in public places.

It's not just street photography, using a camera and staying for a long time at a place to take photographs has, somehow, become a suspicious activity. I've seen photography being banned at public festivities, public parks, railways, close to airports. The way it goes, I fear that someday soon we will see signs prohibiting photography almost everywhere. Not just for professionals, but for amateurs, too. Do you also have problems in your area? How do you deal with them?

Here are some links to info about this subject that you may find interesting: