We want to learn about your experience with Tuts+. Take part to earn $50! Help us out to earn $50! Get Started
Dismiss
Advertisement

When talking about video, many people refer the "cinematic" or "videoish" looks. Cinematic is in. Everyone wants to make sure their videos look like they came from a Hollywood backlot. One of the most basic methods of changing the look is by controlling the shutter speed.

We all know the effects of shutter speed on stills, from long exposures more than eight seconds to 1/250th flash sync to 1/2000th action shooting. This flexibility isn't available with video, however, as the slowest possible (though not necessarily available in-camera) speed is the reciprocal of the frame rate. So what should you be thinking about when adjusting your shutter speed? Here are five things to focus on:

If you're shooting for that filmic look, you should ideally be shooting at 24 frames a second (or 23.976, as is often the case on HDSLRs). If you're looking to shoot for TV, shoot at 25p (that is, 25fps, progressive scan) in PAL countries and 30p in NTSC countries. Usually regional firmware variants enforce this distinction anyway. Why does the frame rate matter? That takes us to point two: 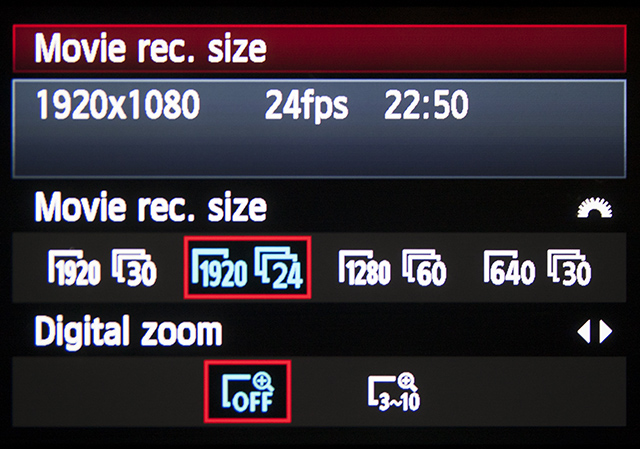 Shutter speed is also one of the aspects of the "film look." If you're aiming for cinematic, get used to thinking about shutter angle, and converting between that and shutter speed. Filmic images almost always use a 180° shutter angle, that is, half of the reciprocal of the frame rate. So a 180° shutter at 24p is 1/48 sec. The closest speed to this available on a DSLR is 1/50 sec.

Shutter angle originally was used with rotary shutters, but now must be translated to curtain shutters. 360° translates to a shutter speed of 1/the frame rate. 180° is 1/double the frame rate, and gets faster from there.

At 30p, it would be 1/60 sec. This look has been socially imprinted on us from decades of movies shot at 24 frames with a 180° shutter, and it's a simple method of putting more apparent production value on-screen.


Comparison of motion blur at 24p. Note that the 1/50th shutter speed tends to look the most "natural," and the 1/200th looks uncomfortably crisp.

Moving away from 180° shutter tends to look bad in most circumstances. Using 360° shutter (1/30 at 24p is the closest I can get on a T3i, 1/60th is available at 720p60, however) creates twice as much motion blur as we're used to seeing, and gives the footage a vague quality which can look like bad night-vision video.

Going up to 90° and 45° shutter usually gives the picture an uncomfortably crisp look that's usually referred to as the "video look" or looks "video-y." This tends to be the result you get from cheap camcorders, news footage, or daytime TV. Generally not what we're going after! 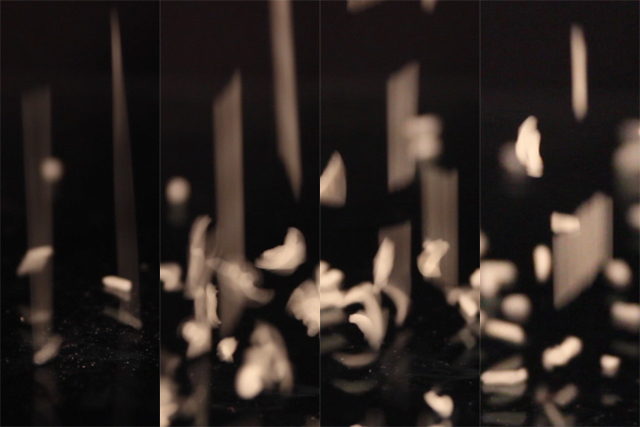 Crops of the video frames. Left to right: 360°, 180°, 90°, 45°. The length of motion blur relative to the width of the rice grains clearly halves between each interval.

4. Using Angles to Your Advantage

To every rule, there's an exception. Other shutter angles can be used for effect, if done carefully and well. For example, the D-Day beach scene of Saving Private Ryan uses a 45° shutter with a modified film advance timing system in order to recreate the sharp, jerky quality of WWII newsreel.

In Gladiator, battle scenes were shot with a 45° shutter to create a stark, staccato feel, adding grit, literally. The dust particles showed up in sharp relief when they would normally blur out. If you're trying to create a dreamy or intoxicated effect, 360° shutter could also be worth a try as long as you have sufficient camera stabilization.


At 60p, the motion looks strangely smooth, like a video game. See, however, that the 180° rule still applies.

This is related to a phenomenon called cadence, which is the amount or quality of motion of subjects between frames. Just like the 180° shutter angle itself, our media-saturated brains understand cadence well and adjust accordingly.


Oddly, the 360° shutter at 60p looks blurry, even though it's about the same magnitude as 24p 180°. The motion doesn't look so bad at 90° either; perhaps this is because action scenes are frequently shot at narrower shutter angles to reduce motion blur.

That's it for now. Happy shooting! Comments? Questions? Hit up the comments below.