Quick Tip: Should I Buy a DSLR with Video Capabilities?

by Andrew Childress2 Jun 2012
Length:ShortLanguages:
VideoDSLRCamera Selection
This post is part of a series called The Beginner's Guide to DSLR Video.
DSLR Video in 60 Seconds
The DSLR Revolution: No Longer Just About the Camera

In 2008, Nikon produced D90, the very first digital SLR camera that featured the ability to record high definition video. Many consumers were intrigued by the capabilities offered, and Nikon's offering sparked many competitors to follow suit. Today, we'll explore if HD video is a must in your next camera, or just a passing trend.

The video capabilities of DSLR cameras can be remarkable. One needs to look no further than some of the applications to realize the potential of these cameras. The Fox Television show House was one of the first major shows to rely on an SLR's video capabilities, as director of photography Gale Tattersall used only a 5D Mark II for a season finale of the show.

One of the reasons that these cameras are so advantageous are the simple cost benefits. Although a $2500 DSLR like the 5DII may break the bank of hobbyists like myself, comparing these cameras to the other options used by major producers represents a great cost advantage for professionals.


Gale Tattersall used the 5D Mark II, a DSLR, to produce an entire episode of the Fox series House. Tattersall appeared on CreativeLive to discuss the advantages of the camera over traditional video cameras.

Another advantage is the low light capabilities of these cameras. The large sensors of SLR's are better equipped to handle low light situations. These large sensors can drive great performance even at high ISO levels such as 1600 or 3200, an idea that is foreign in most consumer level video cameras.

Whether you are approaching video as an extra skill or a standalone venture, the video offerings of SLR cameras can be intriguing. The combination of price effectiveness and new features has caused this class of camera to make a serious impact on filmmakers.

If you are buying a DSLR with video to replace your camcorder or dedicated video rig, don't move so hastily. While the video quality of these cameras is truly fantastic, accessories such as a microphone and tripod are needed for the best results. Furthermore, many DSLR's feature limits on clip length.

One of the advantages of DSLR video is also one of the tough limitations. When you want simple video clips to document life's moments, the shallow depth-of-field can become a hindrance and not attain the desired effect. 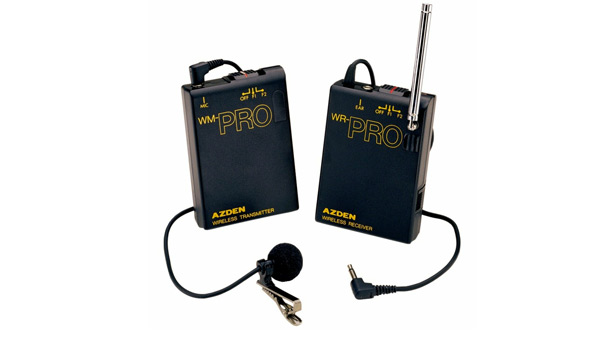 From personal experience, I can tell you that purchasing a set of lapel microphones such as these Azdens is essential to getting the audio quality to match the quality of video.

Also, the autofocus is sometimes lacking. If you have attempted to utilize the autofocus of most live view systems, it's hardly as fast as traditional autofocus methods. Furthermore, the "rolling shutter" effect is experienced as the camera is quickly panned, leaving the final product with a jittery effect.

Last year, I made the leap to shooting Canon. One camera in particular (and one feature in particular) was a driving reason for my switch. The 5D Mark II was probably the primary reason that I left Nikon, and the 1080p HD video mode was no small part why. Although Nikon offered some SLR's with video functionality, the 5D2 was considered to be at the front of the pack at the time of my switch.

Switching to the 5D Mark II was driven largely by the video features.

My growing interest in video had become serious enough to try my hand at producing a few short productions, including most recently a number of videos produced for PhotoTuts+ Premium content. About 9 months later, I am still working to master the intricacies of shooting video. Shooting videos and shooting stills are extremely unique experiences that require different planning and visualization.

In trying my hand at DSLR video, I have found that the potential is amazing. However, some beginners (myself included) believe that they will be able to produce feature length films straight out of the box.

Accessories like microphones to record quality audio and support systems to ensure stable video are essential to producing high quality video, regardless of the system being used. Additionally, learning video editing software such as Final Cut or Sony Vegas should be thought of as a cost of jumping into DSLR video.

DSLR video has been one of the most significant changes in cameras in the last few years. With the ability to capture high quality video clips and bring unique visuals, the capability of DSLR video only going to grow. However, with a few shortcomings, an investment in a new camera solely for video capability should be considered carefully.