Quick Tip: What is a Full Frame Camera?

If you are interested in gear, you've probably heard the term "full frame" camera frequently. Many photographers sing the praises of cameras with larger sensors for a variety of reasons. Today, we'll take a quick look at why so many photographers are making the switch.

To understand the term full frame, you have to go back in time a bit and study the mediums involved with making images. Over time, cameras have used different sized sensors or films to capture the scene.

The part of the digital camera responsible for capturing the image is the sensor. As the shutter opens, the sensor captures the image, and the sequence ends as the shutter closes again. 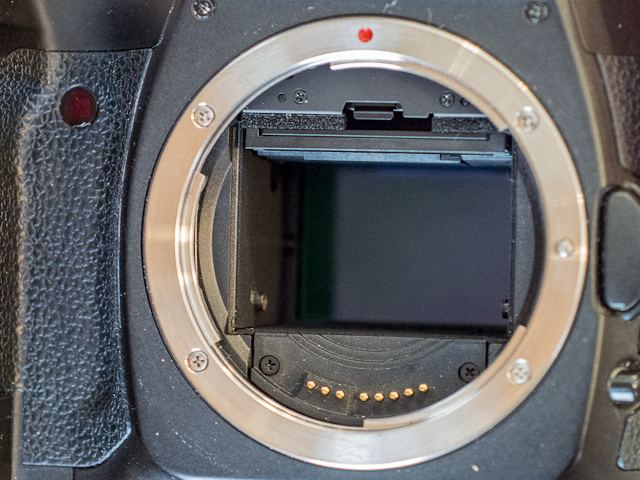 The full frame sensor of the Canon 5D is much larger than APS-C sized DSLR's.

With film cameras, the "sensor" was an individual frame of film that was exposed. The most popular size prior to the digital age was film 35mm wide. Full frame cameras have sensors that are the same size as a 35mm frame of film.

Prior to the full frame era, smaller sensors were much more prevalent in digital cameras. Nikon often calls these cameras DX, and you may hear the term "APS-C" to refer to the slightly smaller sensor size of many DSLR's. On Phototuts+, we usually refer to these as "cropped-sensor" cameras.

Even smaller are the sensors in point and shoots and our mobile phones.

With all of this talk around full frame cameras, you're probably wondering about why so many photographers are upgrading their systems. The full frame sized sensors bring with them advantages that small-sensor cameras struggle to match.

The top advantage among these is higher image quality. With a larger sensor, the camera has more power to resolve fine details. As we mentioned above, the most challenged sensors are the tiny ones in mobile phones and although they are constantly improving due to advances in technology, it's unlikely they will match larger sensors anytime soon.

This visualization shows the difference in sensor size: 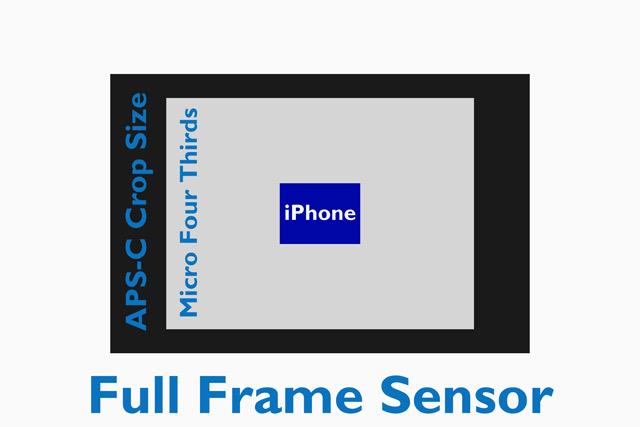 On smaller cameras, you may experience the "crop factor" in terms a lens' focal length. A 50mm lens does not produce the same field of view on a cropped sensor camera as it does on a full frame camera.

A 50mm lens appears to be a "normal," mid-range view on a full frame camera. On a smaller sensor, the same lens will appear to be more telephoto or zoomed in. The effect is like cropping the image, hence the name crop-sensor.

This is no longer the case, as a used Canon 5D can be had for around $700 or less, while Nikon's D700 is falling in price as well. Each of these cameras don't necessarily have the latest features, but the image quality is certainly still present. 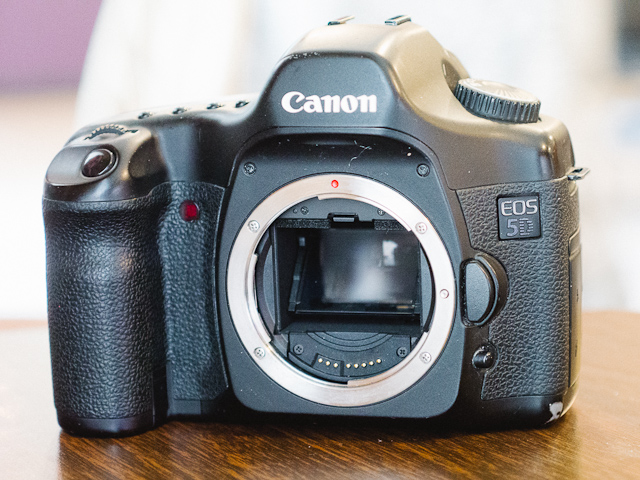 The full frame Canon 5D can be had for under $700 on the used market and is the least expensive way to jump to full frame digital cameras.

There are many modern lenses design specifically for cropped-sensor cameras. If you have these lenses, you'll also need to consider the cost of adding full frame lenses to your collection.

The least expensive way of doing this is to choose a collection of prime lenses. Both Canon and Nikon have lines of f/1.8 lenses across the spectrum that are not only effective in low light, but as sharp as any higher cost lens once they are stopped down slightly.

Do your homework to see if your lenses will work on full frame camera. Chances are if you have more than a couple of lens, you'll at least have one that will carry over.

Full frame cameras are increasingly popular with the decrease in cost, especially on the used market. With all the advantages, it's easy to see why so many professionals are going with full frame cameras.

Have you gone full frame? What has your experience been like?