Samsung NX10: A Digital SLR in a Compact Hybrid Body

Samsung's managed to cram a Digital SLR sensor into a compact hybrid body, but how does the NX10 perform? We'll be taking an in-depth look at this new concept from Samsung. 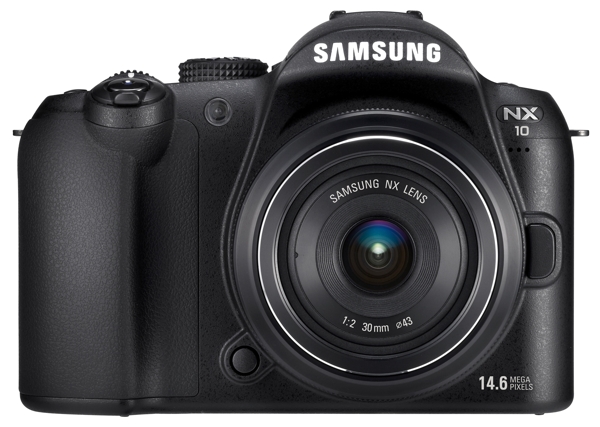 Why All the Fuss?

The Samsung NX10 has been getting a huge amount of attention because it's the first mirror-less digital SLR hybrid with an APS-C format sensor. It's true that the Micro Four Thirds format cameras from Olympus and Panasonic have been out for a while, but they use a smaller sensor format. The key questions are, then, whether the NX10 can compete on level terms with digital SLRs, and whether it offers any quality advantage over Micro Four Thirds?

Hybrid cameras have many advantages and one fairly major disadvantage. The advantages include smaller, lighter bodies with fewer moving parts (there's no need for the mirror or pentaprism used by SLRs) and full-time live view. This makes them easier to understand for users migrating up from a compact digital camera.

The disadvantage is that you have to make do with an electronic viewfinder rather than the optical viewing system of a digital SLR. Even with the latest high-res EVFs, it's a big difference. You don't get the same definition or clarity in mixed lighting conditions, and it's harder to judge the focusing visually.

The NX10 is a new approach from Samsung. Previous forays into the digital SLR market were conventional digital SLRs produced in partnership with Pentax. The badges and some interface elements were different, but essentially the Samsung GX10 and GX20 were Pentax cameras in disguise. The NX10, though, is Samsung's own design.

The NX10 has all the manual controls and features you'd expect from a digital SLR, including full program AE, aperture-priority, shutter-priority and manual modes and the ability to shoot both JPEG and RAW files. RAW files can be processed using the Samsung RAW Converter software that comes with the camera, but this is a PC-only program so Mac owners will have to wait for third-party software publishers to add support for this camera.

Beginners needn't feel intimidated, though. The NX10 comes with a range of scene modes which can be selected manually and a Smart Auto mode where the camera analyses the scene and chooses the on that's most suitable. The autofocus system offers a face-detection mode, and there's a Beauty Shot mode for enhancing portrait shots.

On paper, the NX10 looks pretty good. In the flesh, it's even better. The body is certainly smaller than a digital SLR's and, because there's no mirror, a whole lot slimmer. You can see just how slim the body is in this overhead shot (though the kit lens is a good deal fatter than the 30mm 'pancake' lens fitted here).

In fact the Samsung is no bigger than Panasonic's G-series SLR hybrids, despite the fact that its APS-C sensor has around twice the area. Olympus's Pen cameras are a little smaller, though by the time you've extended Olympus's retracting 14-42mm lens, it's actually longer than the Samsung's.

The design and the finish and the feel of the controls are equally impressive. The NX10 feels light, comfortable and sturdy in your hands. The power switch (around the shutter release), the top control wheel, and the mode dial have a firm, positive feel. The buttons on the back are perhaps a little small - especially the directional controller - but they're clearly labelled and work well.

Samsung's menu system has been designed to be more straightforward for beginners, but the position of the menu button above the top left corner of the display is quite odd - you keep expecting to find it with the other buttons near the navigational controller.

It's also a bit too easy to accidentally press the white balance button (the right navigational button) with the heel of your right thumb as you hold the camera. The display is pretty busy, with icons running down both sides and shooting information along the bottom, and it's a shame there isn't some kind of simplified interactive display where you can highlight the setting you want on the screen and change it directly.

Whether or not it is aimed at beginners, the NX10 also has all the features more experienced and adventurous photographers will be looking for. As well as auto-exposure bracketing, it offers white balance bracketing and Picture Wizard bracketing too. Picture Wizards are Samsung's name for picture styles like 'vivid', black and white, 'natural' modes and more.

Like other manufacturers, Samsung offers a mode which attempts to control highlights and shadows in high-contrast scenes, effectively extending the camera's dynamic range. It's called 'Smart Range', and it's comparable to Nikon's 'Active D-Lighting' and Sony's Dynamic Range Optimizer. Here, it's held on to the detail in this rock as well as the brighter landscape and sky in the background.

Samsung says the AMOLED (Active-Matrix Organic Light-Emitting Diode) display is thinner, brighter and offers better response times than conventional displays, as well as excellent colors. It doesn't look that different to other displays, to be fair, though it does offer extremely wide viewing angles. That could be useful, because the display is fixed and doesn't swing out and rotate like the Panasonic G1/G2's, for example, or Nikon's D5000 digital SLR.

The electronic viewfinder is a little less impressive. It has much higher resolution than those in compact superzoom cameras, but it still looks slightly pixelated, and it doesn't show much detail in darker areas. This is the price you pay with hybrid SLR designs, but for many users it will be well worth it because of the advantages.

The full-time live view offered by the NX is massively superior to the live view you get with a digital SLR. You don't get the delay and the mechanical noise as the mirror flips up out of the way, and the autofocus is much, much quicker. If you prefer using an LCD to a viewfinder to compose your shots, the Samsung's mirror-less design is a better long-term choice than a digital SLR.

The manual focus mode isn't bad either. The problem here with the hybrid design is that an electronic viewfinder isn't as good as an optical finder for judging focus. The NX does magnify the viewfinder image when you turn the focus ring, which makes it easier to judge when your subject is sharp, but it's still not quite as quick or as positive as a digital SLR. 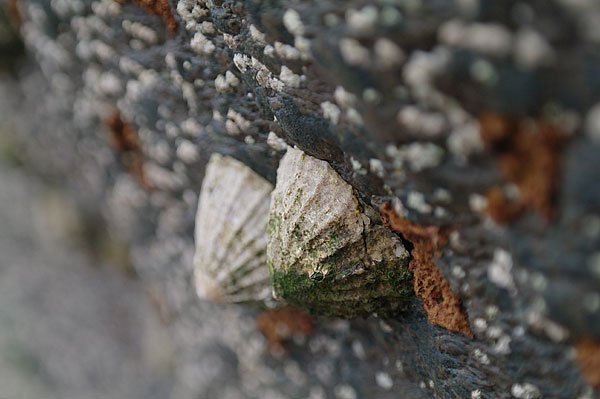 Sometimes manual focusing is essential, even with the most sophisticated multi-point AF system, especially when your subject is on an angled plane like this and you want to exploit shallow depth of field.

The focus ring doesn't have a distance scale, though, so you can't use old-fashioned zone focusing and depth of field control. But the lens does use internal focusing, which means that the front element doesn't rotate, so there's no problem using polarizing or graduated filters.

The movie mode works well, too. The autofocus still works as you film (though face-detection mode is not available), and keeps up reasonably well as long as your subjects don't move too quickly. The footage can get very 'choppy', though, if you don't keep the camera still, and this seems to be a feature of HD cameras in general - the extra resolution tends to make poor shooting technique all the more obvious. The in-built microphones do suffer from wind noise, but there's a Wind Cut function which helps reduce it.

The lack of an external microphone socket will limit the Samsung's appeal for real video enthusiasts, and there are no manual exposure controls in the movie mode, though you can set the lens aperture manually, choosing a large aperture to get a 'cinematic' look with reduced depth of field, for example. You can apply fade in/out effects to your clips, too.

You can play movies back on an HDTV using the camera's HDMI interface, though you'll have to buy the cable separately. It's compatible with Samsung's Anynet+ system, so if you own a compatible Samsung TV you should be able to operate the camera in playback mode with your existing remote.

The main point about the NX10, of course, is that it should provide digital SLR quality, and it certainly does that. You won't necessarily see much difference in definition from the 14-megapixel files this camera produces compared to the 12-megapixel images of Micro Four Thirds cameras or Nikon's digital SLRs, but then Canon's 15 and 18-megapixel APS-C SLRs aren't any sharper either. 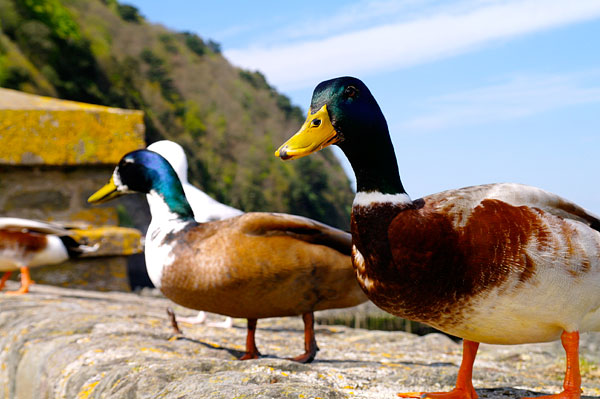 What you do get with the Samsung are clean, clear, richly-detailed images with plenty of saturation and contrast. In fact, sometimes the colors can be a little overpowering. The 'Vivid' Picture Wizard was used for this shot to make the most of the bright seaside colours.

It's not bad at high ISOs, either. At the ISO 3200 maximum, the quality is pretty borderline, but at ISO 1600 it's fine. It's well up to current digital SLR standards and, if you've just moved up from a compact, you will be amazed at the quality improvement you get from the bigger sensor.

The 18-55mm kit lens is especially good. It's light and compact, and the zooming and focus actions are very smooth. It delivers sharp detail right up to the edge of the frame, and there's very little chromatic aberration or distortion. In fact as kit lenses go, it's one of the best.

Is It a Serious Contender?

With its full-time live view, the NX10 has some appeal for beginners simply because it's a more straightforward step up from a compact, but all the rest about hybrids being easier to understand than D-SLRs is a myth. All digital SLRs have full auto modes than any beginner can operate, and they always did have. The NX10's mirror-less design makes it simpler for those used to compacts, but its in-depth features and controls are just as complicated as an SLR's. 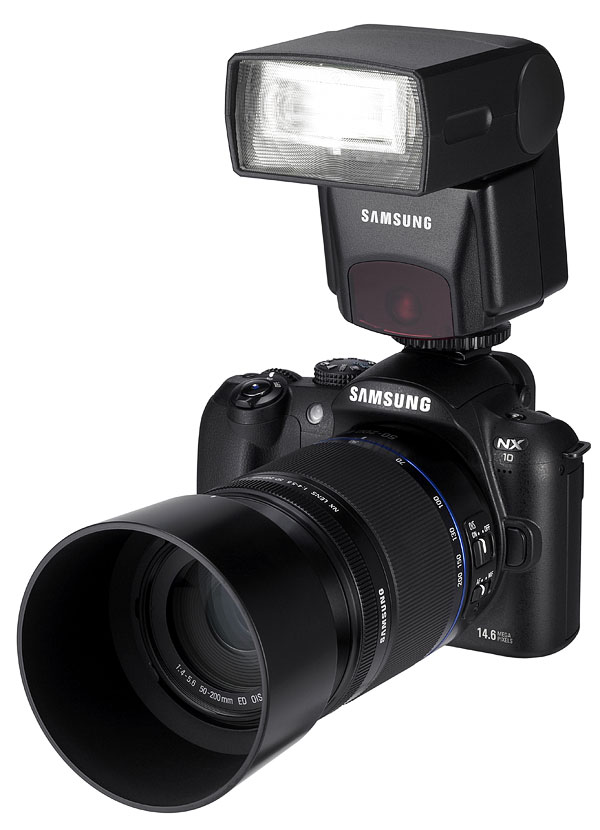 The NX10 is a great camera nonetheless. It's cheaper, lighter and simpler than a D-SLR and yet delivers the same image quality and features. The current line-up of three lenses and a pair of external flashguns (the larger ED-SEF42A flash unit and 50-200mm lens are shown above) is a little restricted, but it's early days yet and as long as Samsung adds more lenses over time, the Samsung should prove a strong rival both to Micro Four Thirds cameras and low-end to mid-range digital SLRs.

It's a little harder to split these three groups of cameras for quality. Micro Four Thirds sensors might be physically smaller, but a process of constant development has yielded a level of image quality that rivals APS-C sensors, despite the size difference, and Olympus and Panasonic also produce some very sharp, low-aberration lenses. 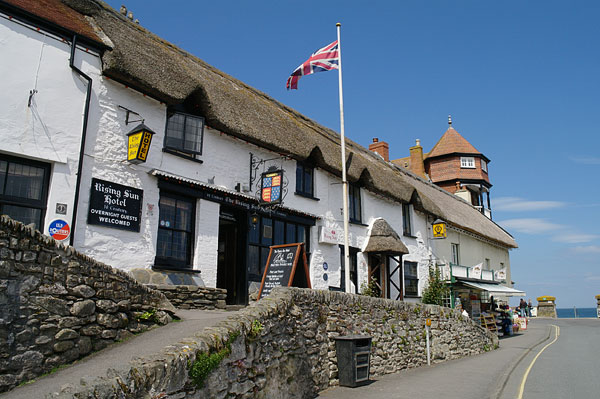 The definition in this shot is exactly what you'd expect from an APS-C sensor. The NX10 has a slight megapixel advantage over many of its rivals, but it's not enough to make any obvious difference to the pictures.

That doesn't mean the NX10 underperforms. Quite the contrary - its rivals set very high standards, and it's to the Samsung's credit that it matches them.

Samsung's first APS-C format hybrid SLR has been a little while coming, but it really has been worth the wait. The NX10 is surprisingly compact, well-made, and stylish. It handles well and takes top quality pictures too. It proves that APS-C hybrids can work as well as D-SLRs, and it comes in at a very competitive price.