The popularity of the maternity session is on the rise, and you might find your clients aren’t expecting their first child, but perhaps their second or third. With additional members, your maternity session may go from having two calm adults to an unpredictable session as you juggle little ones while also trying to showcase the bump of the soon-to-be newest family member. Here is a walkthrough of a maternity session that had two little ones, and a classic vehicle.

1. The Concept and Preparation

Always discuss what your client envisions for a setting. My clients own a local car dealership and had access to vintage vehicles. They have always featured a vintage car in their maternity sessions which has been fun. We decided to shoot on a day the dealership was closed to have full access to the lot and the vehicle.

We discussed props and outfits. I am typically a hands on photographer, but since this is a regular client of mine and this was our third maternity session together, I knew she had most of the outfits prepared. I did recommend a crochet bow belt to put around her belly I had spotted on Pintrest. She decided to make one herself for a unique touch. She brought along ideas and sent me screen shots of poses she wanted to mimic.

2. Deciding Location While on Location

Arriving to the lot for the first time I had to decide where to position the vehicle. Though the location was closed off from customers, it is a dealership and there are hundreds of cars around, none which could be moved for this shoot. I looked around and needed to cooperate with the direction of the sun while also watching the positioning of the car to minimize reflection. 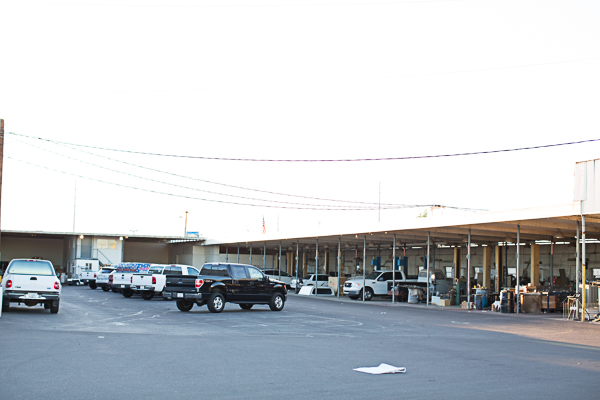 This spot below looked great. It had clean lines and the sun was setting behind the buildings so I instructed my client to move the car at an angle, using this as the general background.

While my client was doing so, I took the expectant mom aside to photograph her portraits, as not to waste any light or opportunity. You must shoot as often as you can, especially with children since they have a time limit.

Once the car was in position, it was time to get everyone in position.

I keep in mind that not everything will be perfect in certain situations. Reflections can be edited in post, but I don’t stress about them when they cannot be prevented. Also, if you try to over Photoshop you can distort the lines of the car.

A different angle of the car and positioning of your clients can help minimize reflections.

Let's be honest, children have a mind of their own and often don't value photographs, so sometimes don't pose at exactly the same time. Therefore you should continuously shoot and not worry about the little ones until you get a good shot of them all.

I can combine images in post to make everything work. The following image is missing a child.

This image is missing a different child!

I can feature everyone by combining the two previous photos with some quick Photoshop work.

And if you can't get a shot you can fix in post to feature everyone, do not worry, I'll go into a few more tips on how to still include all members of the family in the session as a whole.

3. Continue to Shoot No Matter What Happens

Just go with it. Ideally my client and I would love all the family members in the photos, doing exactly as we wish. However with a two year old and a lot of distractions around that can’t always happen. I always stay calm and I continue to shoot during these unplanned, imperfect moments.

She wanted everyone's hands on her belly, but her youngest didn't want to. I was still able to capture this adorable nano second when the old child was the only one interested.

I still wanted to feature the soon to be middle child, who didn't make the last photo. so we went back to him and had some interaction.

He was asked to kiss her belly, but was hesitant. Then I quickly asked mom to kiss him on the head.

Then he didn't want to let go of his mom, so I decided to keep shooting as he watched his dad move the car to another location.

I was still able to capture him in the photos even though he was left out in another shot. Sometimes with little ones you cannot force participation, but a great way to include them is to let them do what they want and pose around them.

The oldest just loved cars and didn't want to get out so I captured him in his happy place.

Capturing the expecting parents. This is helpful if you have an assistant to watch the children or if your client brings along another family member. When the couple doesn't have to worry about the children, you can photograph them in ways that show off the belly that don't look too awkward or forced.

When you've shot everything you can in a location or the light has changed to something you don't want, go find a new location. Finding another spot is a great way to add variety to your session so I requested my client move the car to this spot and angle it a different way.

As the mother to be watched, she looked adorable so I snapped this photo of her waiting.

The sun was beginning to set so I had my clients get in the car. I loved that the light was behind them and bounced off the white interior.

To focus on the bump a little more, I had my client come out of the vehicle and stand to the sides. I had them switch places from where I originally had based upon the light and trying to keep soft light on their faces.

My client and I had planned many interesting photos, but in the end only two or three turned out as planned. The rest were improvised and spontaneous.

When my clients saw their session she expressed how surprised and happy she was that all the boys were included. In the midst of unpredictability, continuing to shoot and making the most of every opportunity can help maximize the shoot by still including everyone in the family. 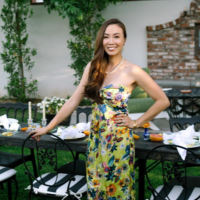