Justin Quinnell is a U.K. based pinhole photography artist and educator. His sensational image of the Clifton Suspension has popularized extra long exposure pinhole imagery. Solargraphy, as it is called, can take up to a year to make one exposure and often tracks the path of sun is bright arcs. Today, we'll talk with Justin about his work and inspiration.

Phototuts+: I've heard you've been doing pinhole photography for a very long time. What inspires you to keep doing it in a world filled with digital, fast-paced gadgets?
Justin Quinnell: Gadgets are easy. Although an empty beer can with a hole is incredibly simple, it’s not easy! Gadgets are fine, but where’s the wonder? Where’s the ‘how does that work?’ Many gadgets seem to be automated distraction with much of the opportunity for learning removed. There’s no ‘unexpected accident’ function on a digital camera.  I did a beer can camera workshop with some kids a few months ago and one kid asked, ‘Where does the memory card go?’ When we start giving birth to kids with an ‘auto’ button on them, I’ll give up pinhole. 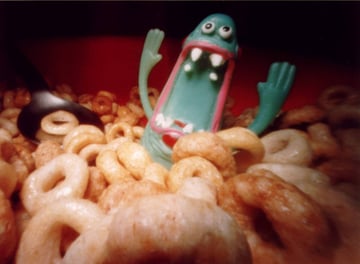 Pt+: Tell me how you felt when your solargraph of the Clifton Suspension Bridge went viral?
JQ: Well you get some weird emails, half from ‘astro heads’ explaining the complexity of the science of the solar system and half from mad astrology types who tell me what star sign I am! I also received a great email explaining how the path of the arc of the sun is a function of pi and how ancient tribes in the middle east christened the camel - "gimmel" which means pi in Hebrew - because the camel's hump mimics the path of the sun! That’s the sort of guy you need in your pub quiz team! 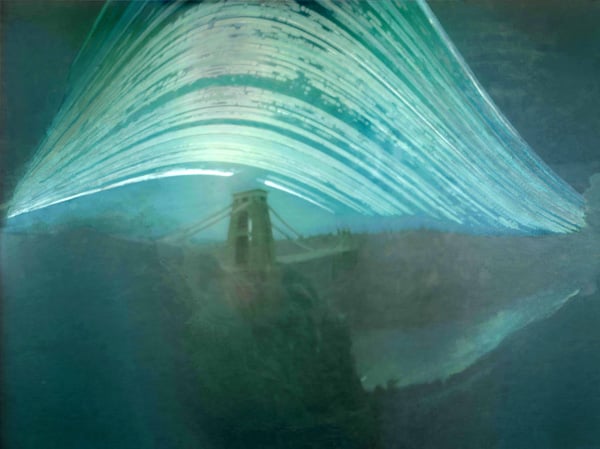 Pt+: Recently at Central Washington University in the U.S., a group of students were making solargraphs and their cameras were mistaken for bombs. Were you aware of the project? Do you have message for these aspiring pinhole artists? How do you avoid similar situations?
JQ: I have had the same fun with the bomb squad being called, people ringing up the police, etc. The important thing with positioning solargraphs in public areas is they need to be higher than a drunk person can reach whilst standing on another drunk person's shoulders.

I find if you walk around with a builder’s hat and a yellow reflective jacket and a stepladder you can get away with anything. I also have some stickers with the words ‘Tested by...’ so people think it may be electrical. One of mine went missing recently because someone thought it was a geocache. Seeing whether they survive is half the fun. 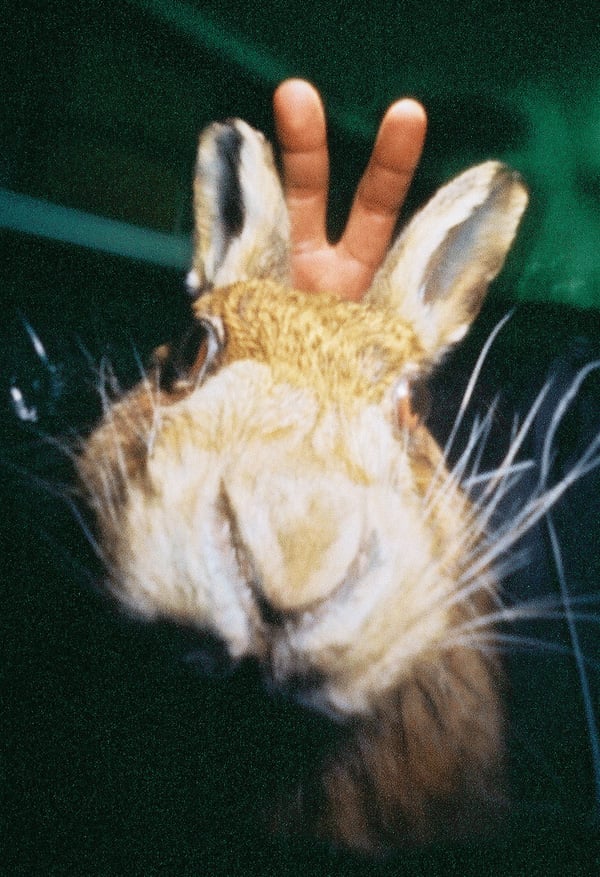 Pt+: It seems that you make most of your pinhole cameras. Do you have a favorite homemade designs? Have you purchased any of the pinhole cameras on the market like the Zero Image or Blender designs?
JQ: I like the Smileycam (mouth camera), which is getting tricky to use due to the lack of 110 films. I’ve never bought a pinhole camera but I’ve used a few and some are great, most of the 35mm and 120 ones though have the pinhole too far from the film plane so its best to make your own. Its like pinholes [themselves], ones you make yourself are always the best. 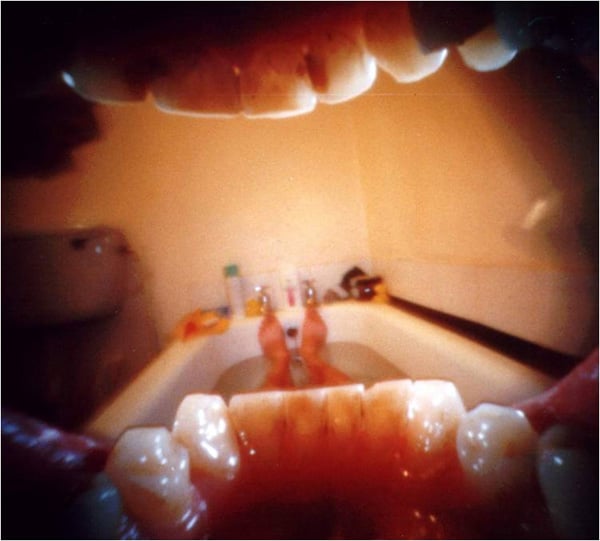 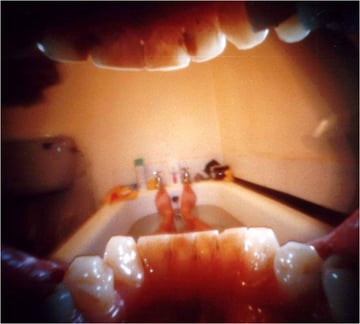 Pt+: Can you talk about shooting without a viewfinder? What are the challenges and advantages of it?
JQ: John Blakemore, Ansel and Mr Weston all talk about pre-visualisation. No viewfinder forces one to imagine what something would be like. Also, the fact there is no viewfinder means you’re not entirely sure what you are getting, being unsure is akin to being vulnerable and encountering the expected.

What’s the point if you know what is going to happen in life? I feel it is a bit like riding a unicycle you are constantly falling and trying to correct yourself, when you take pinhole photos it feels the same.

Pt+: Are there any photographers you've drawn inspiration from? Do you know any up-and-coming photographers that we should all know about?
JQ: I suppose all the people who encouraged me: John Blakemore, Paul Hill. Bethany de Forest is a fave pinholer of mine as are Katherine Faulkner, Valerie Burke, Gregg Kemp and many more. Being honest, I love virtually everything about photography, through either a lens or a hole.

Pt+: It seems pinhole cameras are most often used to capture landscapes or architecture, but you've experimented with some subjects that land far outside these categories. In your mind, what makes a good subject for pinhole photography.
JQ: Initially I don’t approach my photography with a subject in mind. What I do is make a camera, see what it does, then relate its function to a subject.  I’m not sure about pinhole images being good for landscapes though. Lenses require a flat film plane (left to right, top to bottom) whereas pinhole enhances a foreground - background plane of focus due to its quality of unlimited depth-of-field.

Pt+: You're a family man. Photographers are notorious for documenting every minute of their children's lives. Are you the same way? Do you utilize your pinhole cameras to do this?
JQ: I’ve done many a pinhole pik of the kids, but use a digi compact as well. I also have a photo of my son taken every day of the first year of his life but haven’t done anything with the photos yet, (may end up as a short video).

I did a smileycam photo from inside my mouth of each of my kids coming out of their mum at the moment they were born. Neither came out which was a shame as I’m sure the hospital would have been impressed! I also wish I had put a solargraph camera up the day either Louis or Rosa were born which would keep exposing for the duration of their lives. 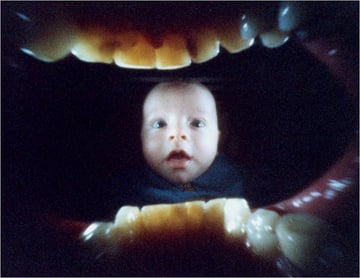 Pt+: You're best known your pinhole work, but do you shoot or exhibit photos from other systems?
JQ: No, but I do shoot digi compact family snaps! 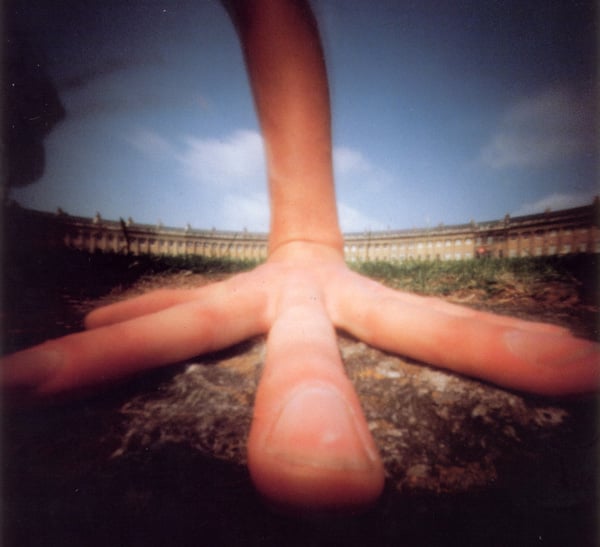 Pt+: When it comes to composition, what is the most important thing in your opinion? What do you look for when you're making image?
JQ: Ah, I don’t look I imagine!

Pt+: Through your workshops and lectures, you seem to be dedicated to spreading the love of pinhole photography. What do you think it is about the medium that makes it so fascinating? Why do you think it still survives?
JQ: We live in a technological age where any requirement for comprehending how things work has been removed. People like knowing and seeing how things work, such as the magic of light forming an image through a hole. Also in education, at every level, from primary to degree, people are looking for ways [to move] away from screens and to ‘play with space’ as well as looking for ways people can take risks and learn from accidents.

However many pixels people can be forced out of a CCD, light will always travel in a straight line. (It also still survives because the cameras cost $27,995 less than a Leica SP-2!)