Sometimes when you take a photo the result isn’t quite what you expected, it could be overexposed (too much light), underexposed (too dark), or simply is out of focus. The principal settings you have to adjust when taking a picture are the film speed, shutter speed and aperture of the camera.

If you read the paragraph above and couldn’t understand what I was talking about, well don’t worry, this article intends to guide amateur and beginners in the world of photography.

Please note: in the paragraphs to come there will be values for different camera settings. These values are not standard in all cameras but they are the most common ones and will serve as reference.

First, a little bit of history. Back when cameras needed to use photographic films, they came with different ASA (American Standards Association), DIN (German Institute for Standardization) or GOST (state standard, from Russia) values according to the film sensitivity to light, where lower numbers are less sensitive and higher numbers more sensitive. This means that lower values were used in situations with a lot of light and higher values in darker environments.

Now imagine this; the film is composed of grains, each of them store a part of the picture you took. The lower the ASA value, the smaller the grain diameter, so an ASA 100 film will have finer detail compared to an ASA 400 and thus, the quality would be better. But, as the 100 has more grains, it needs more time of exposure to store the same information as it would take in a 400, so the first film is considered slower than the second.

Nowadays digital cameras use a plaque instead of an organic film, it could be a CCD sensor or a CMOS sensor. The sensor captures the image, registering the quantity of light, then the camera stores it in memory. The international standard for film speed in digital photography is called ISO which can be selected even in some cell phones.

Screenshot from the Camera settings of a Samsung Omnia SCH - i910:

Which ISO Fits Your Needs?

Pros: Excellent definition and great contrast, the best range to use when you need to amplify an image.

Cons: Used in places with good illumination only, use of tripod is recommended.

The most popular range for beginners and professionals, maintains a good proportion of definition and contrast and can handle decent amplifications.

Used in places with normal illumination.

Recommended all year around.

Cons: Contrast and definition can be a little poor, and the big grains associated with high speeds are notable (meaning your photos can appear pixelated).

Here's a quick chart that summarises what we've learned so far:

Now let’s see some examples. The following photos were taken at night without flash, just a common light bulb on the wall. 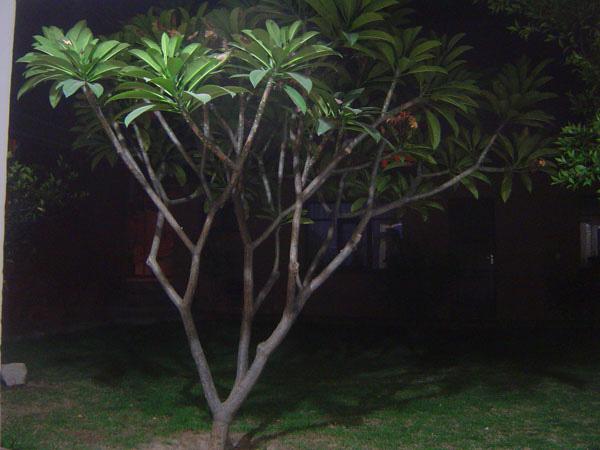 As we expected, there are notable differences between all three. In the first one it’s too dark to appreciate anything. The second one has a better light distribution and you can see the environment. The third one shows you more of what’s surrounding the tree and even caught the TV light from the room at the back.

The shutter speed is the length of time we let light pass through the camera, or the time we expose the image to the sensor. This time directly affects the illumination degree in our photo. That’s the reason we use the term underexposed when a picture is too dark and overexposed when it is too bright. In both cases the problem was incorrect exposure time. 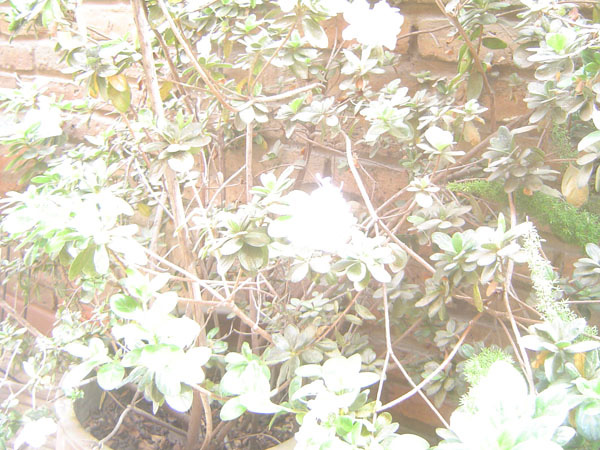 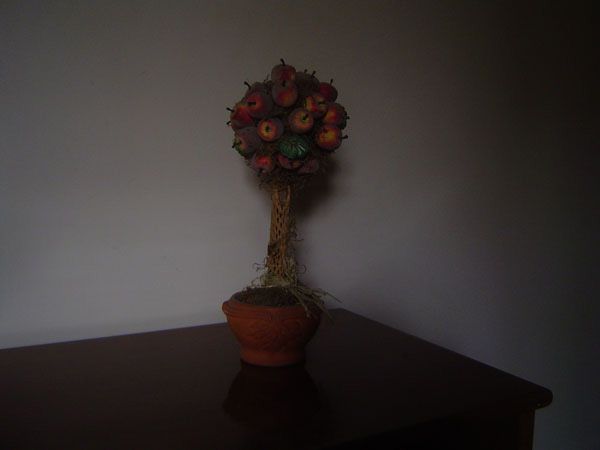 To avoid these problems, it’s common to use slow speeds in places with poor light because these situations require a longer exposure time to achieve a good result. On the other hand, if our location is well illuminated we should use a fast shutter speed, or short exposure, so the camera can capture the correct colors without the interference of light.

These speeds are measured in fractions of a second, like 1 / x where x is the number you can select. For example if you see a 500 speed available, the time the shutter remains open is 1 / 500 or 0.002 seconds. Other example, a value of 2 means the shutter remain open for half a second as 1 / 2 equals 0.5.

In some cameras you can also find a “B" or “T" speed available, these letters stand for:

B (Bulb): Keeps the shutter open until you release the button.

T (Time): Keeps the shutter open until you press the button again.

Commonly, the shutter speeds are divided in two ranges: slow and fast. The first one is for speeds from “B" or “T" up to 30, and the second is for speeds from 60 and above. When shooting with slow speeds it is highly recommended to use a tripod to avoid involuntary movement of the camera, one of the main causes of blurry pictures!

As a summary we can say: 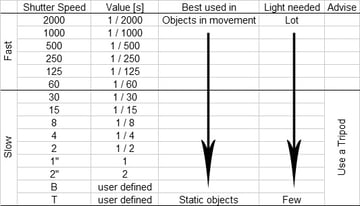 Your camera has a diaphragm, the function of which is to control the amount of light that passes though its aperture. It is located in the lens or objective. Most cameras have an adjustable diaphragm with a mechanism of blades that can open or close according our needs.

The aperture is responsible for the Depth of Field (DOF). This is how sharp the focal point in the picture will appear, and the amount of blur that other areas will take on. Aperture is measured in what is called an f-number. The relation between the diaphragm, depth of field and f-number is the following:

So, with f1.4 selected, the blades of the diaphragm are wide open letting more light pass through and we get a poor/shallow depth of field. As the f-number increases, the diaphragm blades reduce the aperture letting less light pass and resulting in a greater depth of field. A common mistake is to assume a high f-number means a bigger aperture when reality is the complete opposite.

Notice in the first picture how only the bricks in the front are well focused and as the image goes back the objects start to get blurry. In the second picture you can see how all the objects well defined; this was achieved by using a smaller aperture.

Illumination is the key factor in photography; according to it we select the ISO, define the shutter speed and regulate the diaphragm to let an adequate quantity of light reach the sensor.

Fortunately there is a device that measures the amount of light in the environment. It's called a photo meter, or light meter. It meters the light that passes through the lens and lets us know if it is adequate or whether we need to make some adjustments. If your camera displays a photo meter you should be able to see a little indicator like the following:

An indicator will let you know you if your current settings are right, normally if it’s around "0", you are ready to shoot. If the indicator is at the right, the positive side, it means there is too much light. If it is on the left side, the negative, it means you need to let more light pass though. In both cases you can change the current ISO, shutter speed or aperture until the indicator is around the 0 - it really is up to you which one to move.

In cameras, this metering is called TTL (Through The Lens), calculating the light reflected from the object. The most common modes are matrix and spot. The first one calculates the average light in the entire scene, like pieces in a puzzle, and each one has its own value. The second one just meters the spot you are pointing at and excludes all of its surroundings.

Almost every camera comes with this tool; it’s the combination of the shutter speed and aperture that let us adjust the exposure by adding or subtracting light gradually without changing any other setting previously made. This tool is mostly used for quick fixes, but if you can’t achieve the desired amount of light, you need to adjust the traditional way.

Take a look at this photo, the flower in the meddle is the “original" picture taken with 0 EV, the one on the left was took with +1.0 EV and the right one with –1.0 EV.

These specific figures may not be accurate for your camera - the values and situations are for practice purposes only.

Situation 1: Imagine you are visiting a new town and you just saw a building you want to photograph. Your current settings are: f 4.0 v 250 ISO 200, your photo meter is slightly toward the right side and you don’t want to lose quality.

Solution: When the photometer is at the right side it means you have excess light, so you can select a faster speed (lets say v 500), or you can simply close the aperture a bit taking it to f5.6. As you don’t want to lose quality you don’t change the current ISO.

Situation 2: You are a motor sports fan and want to take pictures in a race. The current settings are: f8.0 v 100 ISO 400 and your photo meter is again heading to the right side.

Solution: You know cars will pass fast, so you need a faster speed like v 1000. That will make the photometer come down a little bit, but it still is on the right side and you notice your ISO is too high for the occasion so take it down (let’s say to ISO 200). Finally the photometer is at the middle, and you can sit down and wait for the cars to pass by!

Situation 3: Your friend is playing with his band in a pub and the only illumination is candlelight in the tables and some low light in the venue. Your settings are: f11.0 v100 ISO 200. The photo meter is heading to the left side, and flash is not allowed.

Solution: It is really dark so you may need to adjust everything. Choose a lower speed like v30, and increase your ISO to around 500. Still at the left? Finally, open the aperture. Take it to f2.0, and now you are ready to shoot (but remember you have low speed settings so you may want to use a tripod or something to lean on!)

People learn in different ways. Some find easier to understand their camera by learning to change one setting at a time, while others like to experiment with all the things they can. Do what makes you feel more comfortable!

If you can, write down the settings each time you take a picture. It’s the best way to know your camera and will let you analyze the results later. If it went right, you may want to use those settings in the future, if it wasn’t quite what you expected you can analyze and try to figure out what went wrong.

The photo meter is there to help and should not be taken as the final word. If you are just beginning, it’s better to take multiple pictures of the same situation and see which one ended well.

Take some extra memory cards, as there’s nothing worse than going to take a picture and realising that you have no space. Well, actually there is something worse… a camera without battery! But you already know what to do to prevent that.

Sometimes you’ll find something you want to highlight but the object itself could be a little problematic due the quantity of colors and light involved; thankfully you can configure your camera according to your needs.

I hope this tutorial has helped introduce you to a few new concepts in an easy way - feel free to ask any questions in the comments, and we'll do our best to answer!