We want to learn about your experience with Tuts+. Take part to earn $50! Help us out to earn $50! Get Started
Dismiss
Advertisement

For those of us who regularly take promotional shots of bands and fashion, it can be easy to get stuck in a rut of approaching the same clientele over and over, when actually, the skills used for those shoots can be easily transferred to allow us to broaden our client base and vary out shooting style. I’ve found that working with classical musicians is an absolute pleasure, they turn up on time and more often than not, they know what they want!

Including the Musicians in Your Planning

When working out what you want to achieve with the shoot, be sure to discuss ideas with the musicians themselves. They are creative-minded people who will have strong ideas about how they want the images to look and they will understand what images they’d like to achieve.

Discussing what the images are to be used for, deciding locations, and understanding how formal you want the images to be will give both parties a confidence in one another that you’ll be able to work together to produce some great images. 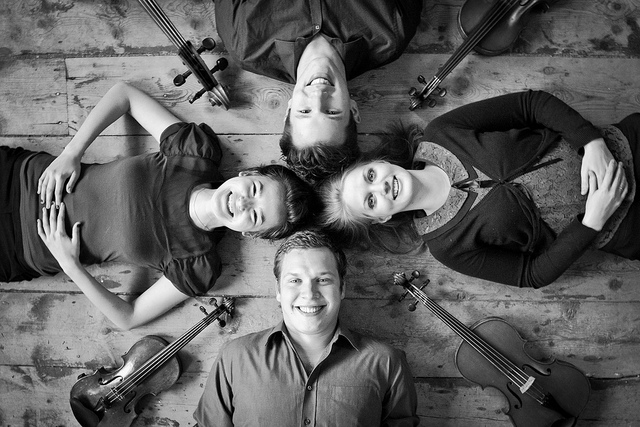 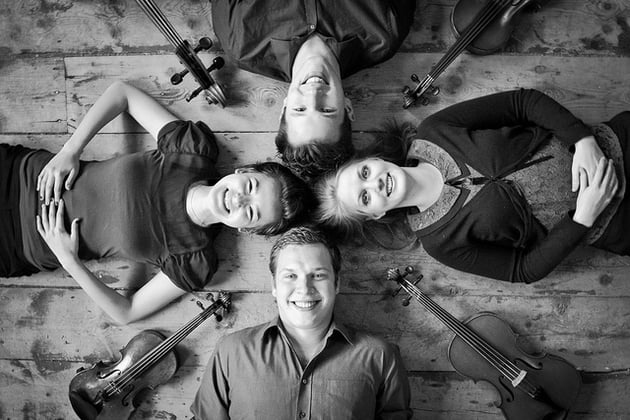 If taking shots of classical musicians is new territory for you, then it’s important that you carry out some research before you start investing time in planning the shoot. Have a search online to see how other photographers have portrayed classical musicians, it may not be quite so formulaic and structured as you’d first imagined. There are an awful lot of creative ways to portray a musician, just because they play the violin it doesn’t mean they have to wear a tuxedo in a concert hall!

Images with a Purpose

Listen to the music, what emotions does it evoke in you? Does the music have a political subtext? Is it dark and moody? Does it have a celebratory feel? Allow these insights to inform your decisions about the shoot to ensure that your images are revenant to their purpose. 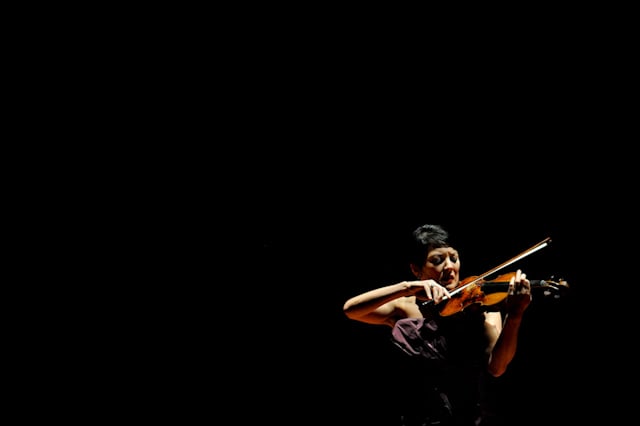 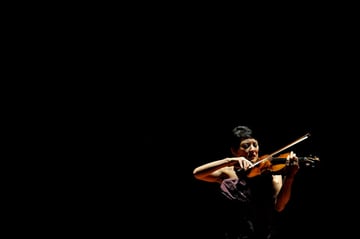 To include their instruments in the shot would portray immediately that they are classical musicians, and to emphasise the formality. You could have them seated in a concert hall or stately home with period architecture. However, you could also capture a formal type shot in a more modern scenario such as an art gallery that may well allow the view to make a stronger connection to the image. 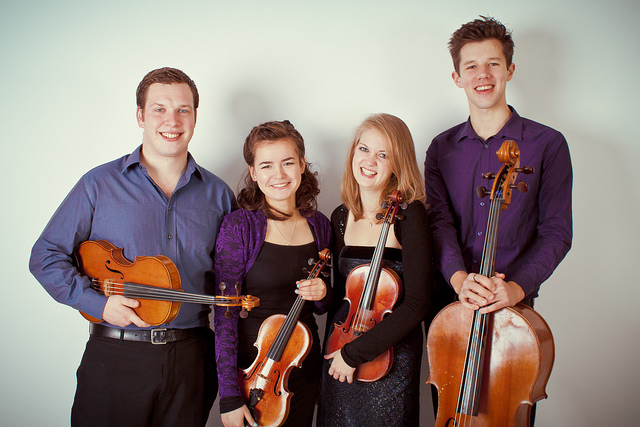 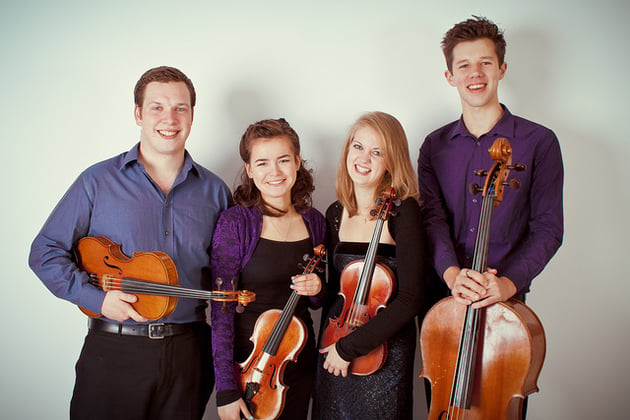 It’s worth considering that they may not want to be labelled as classical musicians in these images. It may just be that they would prefer to be portrayed as a group or collective of musicians, without the stigma of classical instruments in shot, so as to avoid any preconceptions for the viewer.

In this situation, you have free reign to conduct the shoot as you would with any band or fashion subject, instruct them towards posing or using light and locations that don’t necessarily signal that this is a classical musician. 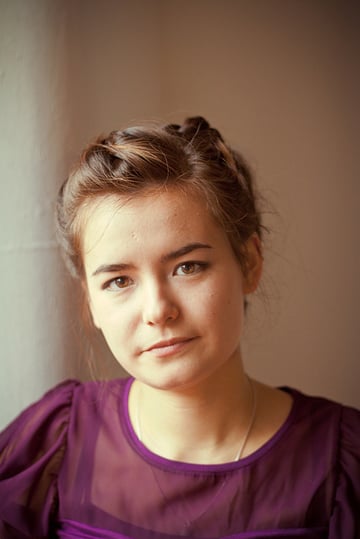 As well as having the promotional images in a more structured sense, it can be extremely beneficial to provide a series of ‘action’ shots of the musicians playing and performing. These images can be extremely useful for allowing potential clients of musicians the chance to see them in a context that they can relate to.

If possible, get down to a rehearsal or a concert with a zoom lens. The best way to work is in a reportage style, the last thing you want to do is to disrupt the music in any way, so work quietly and discretely. 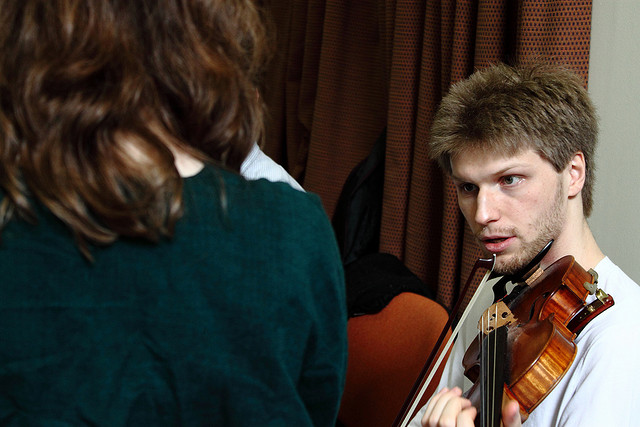 Working with instruments and musicians holding and performing with them creates a new photographic challenge. Observe the uses of the instruments, how can you use the structural and physical elements of the instruments to construct an engaging image? There are many musical techniques employed on each instrument, such as pizzicato on a violin, when they pluck the strings with fingers, holding their bows in the air, so be sure to keep an eye out for interesting shapes being made by the musicians. 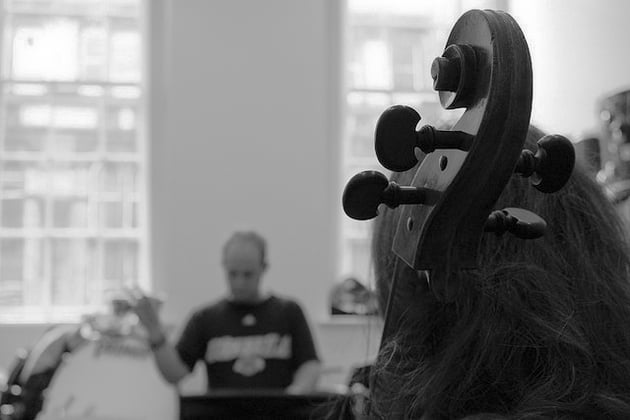 For this shoot for a local string quartet, we decided to try some long exposure shots that involved the players hanging their instruments on a string and spinning them, allowing me to use a long exposure to capture the movement of the instrument. This creates an engaging and exciting image that portrays to the viewer that it is an image of a classical musician, but in a fresh and exciting way. Use your imagination, consider how you might be able to use creative techniques to portray the players in new and interesting ways.

If you’re working with a large group such as an orchestra or brass band, then it’s important that you’re able to capture a large scale shot that captures the group as a whole. Ensure that you’ve got a wide angle lens and a tripod with you, then all you need to do is find a good vantage point. Somewhere up high works very well and gives you the right angles in order to get everyone in, so if you’re in a concert hall, the balcony or first tier of seating would be ideal. 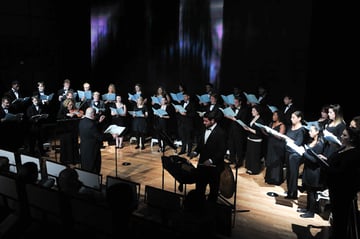 So there you have it, a variety of ways in which you can transfer your techniques and skills to allow them to apply to photographing classical musicians. Now it’s up to you to give it a try, contact local orchestras, string quartets, jazz bands, music schools and see if they’re interested in having some promotional shots taken.

It may not be something they’ve ever considered, so be prepared to convince them that it’s money well spent and all you have to do then is deliver some stunning shots! 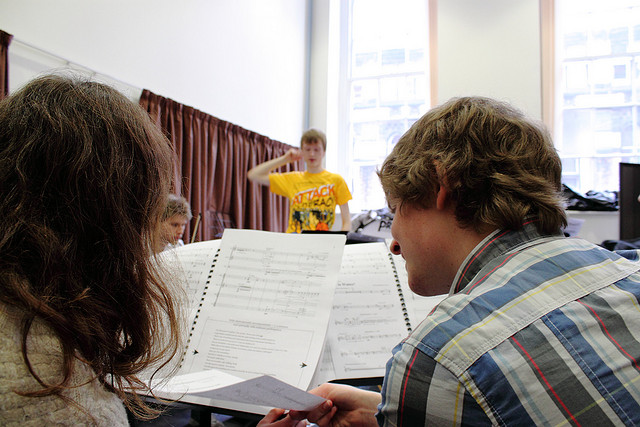 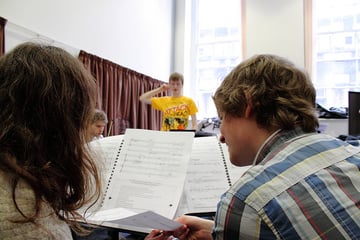