The Current Landscape of Mobile Photography

The year was 2007, and Apple Inc. was poised to change the cellular and photography world in dramatic ways. They weren't reinventing the phone or even the cameraphone, but they were going to revolutionize the device with enhanced interconnectivity and features. Like iPod for music, the iPhone changed the phone and cameraphone market forever.

Now, nearly five years later, there are over 360 million smartphone users worldwide with nearly all of them containing a camera. This is more than 3 times the number of digital cameras sold in 2010. Within that time, smartphone photography went from hated to loved by nearly all who own them.

So, where is it now and where will it go?

Back in the early days, before the iPhone really broke through and made smartphones seriously popular. The images coming from phones weren't much better than Post-It Note doodles. Grainy, fuzzy, and nearly colorless images were as good as it got. Even as the image quality improved, there really wasn't an efficient way to share or back-up those images. So, phone photography wasn't really a threat. 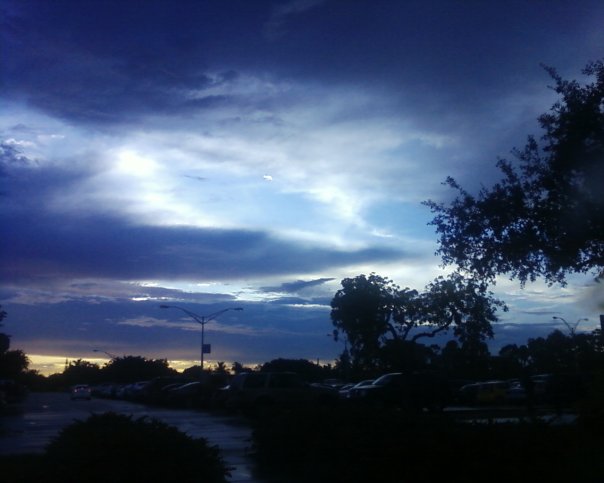 The low image quality and lack of effect filters kept cameraphones on the back burner for a while. Here, I used my car's window tints as a blue polarizing filter. (Photo: Daniel Soñé)

All that changed with the iPhone.

There were other smartphones out there with decent cameras and internet connections, but none of the other manufacturers had as successful a marketing campaign as the iPhone. The touchscreen interface made it even more appealing than it's keypad counterparts. iPhone and its Android counterparts also rode, and in some ways caused, the explosion of wireless Internet use. Now, information and connectivity in photography was more mobile than it had ever been.

It was the ease of use and and ease of sharing that made smartphone photography the same "threat" that the 35mm film camera, polaroid, and digital camera were in their day to photography and their professionals.

There was a widespread concern over further democratizing photography. Increasing the supply of photography would drive down the demand for it and therefore prices. In short, the professionals were concerned that making photography too easy would make their craft banal.

However, the cameraphone hasn't made photography as banal as early critics said it would. It has increased the availability, but since more people have access to it, more people have taken up an interest. It actually helped push photography more into the forefront of society and as the preferred method of recording events both trivial and significant alike.

The first explosion of cameraphone use was when the quality of images of these devices was decent enough for many consumers to be happy with. Even professionals found the quality of the images eyebrow-raising - they were (un)pleasantly surprised.

The second and current explosion of cameraphone use was the integration with ultra-popular social media websites. Now, images are not only floated via email and SMS, but could be easily published directly to the web and shared with friends.

This social form of photography is where we are now. In a few short years, the cameraphone has become a major part of our lives and an integral part of a professional's personal work.

Because of its simplicity and connectivity, the cameraphone has become the new point-and-shoot - or snapshot camera - of our time. Everyday people as well as the world's top photographers are using these devices to record their lives.

More and more "baby's first steps," weddings, parties, dates, and more are being recorded on a phone then they are with a point-and-shoot camera. Of course, the cameraphone can't compete with the image quality of decent point-and-shoots (yet), but their nearly inherent attachment to social media and our pockets makes them more preferred and available. 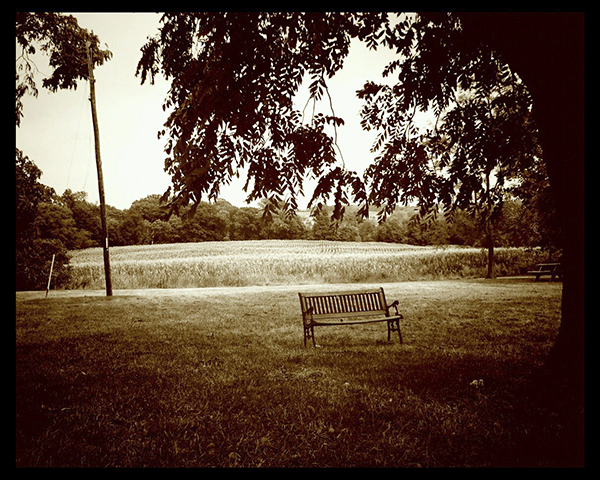 Vignette's great filters, full-res quality, and ease of sharing make it my "go to" camera app. Since late 2010, I've taken and shared over 1000 phone photos. Nearly all of them have been shared on social media. (Photo: Daniel Soñé)

The apps that combine creativity and social media are numerous. Instagram, Twitpic, and Vignette are perhaps the top three cameraphone apps that achieve this. There are many more out there that are great, but it all comes down to user preference.

Most of our experience, including my own, is casual use of our phone's camera and sharing it on Facebook, Twitter, Tumblr, or blog. However, some camera manufacturers as well as app developers have taken integrating the smartphone (and tablet) into the professional's workflow. There are apps everywhere that enable the photographer to remotely control and view
images taken by their high-end cameras. 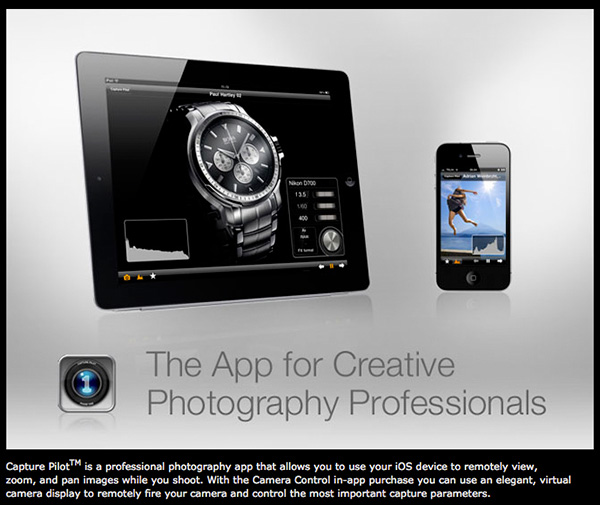 One such app is ShutterSnitch ($15.99) that works both for the iPhone and iPad. ShutterSnitch enables you to wirelessly transmit and review photos taken by your camera - provided you have a Eye-Fi card or other wireless transmitter. ShutterSnitch also allows you to arrange your shoots into albums, send them via FTP, and share them on social networks.

Another app, also for the iPhone and iPad, is from the digital medium format camera giant, Phase One. Their application, Capture Pilot (free), adds wireless previewing, rating, and even tethered functionality for both their medium format systems and DSLRs. The catch is that you'll need their RAW-processing program, Capture One Pro 6 ($399), to use it, and of course one of their cameras.

Unfortunately, Android users are behind the curve when it comes to applications that enable the professional photographer to work as seamlessly as an iPhone/iPad user. I do find it interesting that an open-platform manufacturer such as Phase One would only develop an application for a closed-platform device. However, this is one of the few places Android-using photographers come up short.

Other common applications that are helpful to photographers are:

Smartphones of both main camps (Android and iOS) have other productivity programs that are essential to photographers on the go. For the all-important model/property release there is Easy Release ($9.99) and for getting paid on-the-go, there is Square (free). These two applications help streamline two very tedious parts of photography: money and legal. With these both the photographer and client have records in their email instantly. 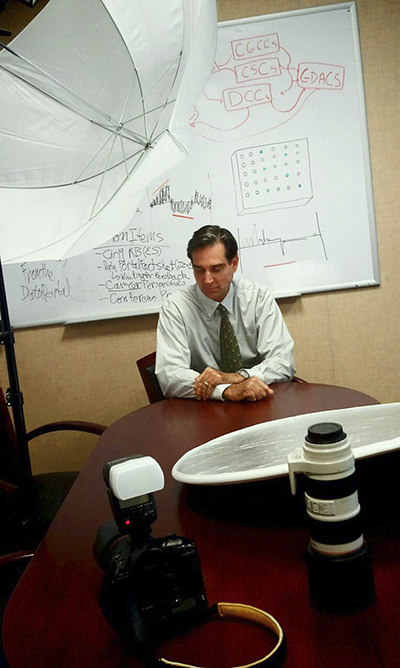 I use my phone to record lighting setups during shoots. (Photo: Daniel Soñé)

Integrating your phone as I've described into your professional workflow isn't necessary for success or maximizing efficiency. It is just another method of getting the job done. And since it isn't as commonplace as an Instagram photo, it definitely adds a 'wow' or 'cool' factor to a shoot.

So where is the smartphone photography going to be in the next few years?

I believe that the camera on our phone, much like the remote control on our televisions and the automatic transmission in cars, is here to stay. I think that the image quality will continue to improve as well as the interconnectivity. Already parts of movies and entire television commercials have been shot using these things, so I wouldn't be surprised if that continued to expand. Just a few years ago, DSLRs "invaded" the movie scene, it was only a matter of time before phones did too.

The current niche for smartphones in photography for amateurs is the snapshot and the niche for professionals is workflow. But going forward, I see that the phone will continue to appeal to the masses but gain considerable steam as professional tool in the shoot itself (i.e. shooting the final image).

I predict the next big thing for cameraphone technology is one where you have much more control over the image capture much like a camera with manual controls. Yes, there are phones and apps out there that allow for brightness, contrast, WB, etc. to be changed, but I'm talking about more precise control like aperture, shutter speed, and even remote flash triggering.

Hmmm, being able to use my phone to remotely trigger or even control flash? - are you listening Pocket Wizard?

Daniel Sone
Daniel Sone is a professional photographer who specializes in documenting the human journey. His backbone is photojournalism and portraiture, and brings those skills and methodology into his wedding and commercial work. He enjoys finding ways to do photography as quickly as possible without sacrificing the quality his clients expect. Over the past 15 years -- 13 as a professional -- he's worked in news, wedding, and commercial fields, blending them while staying true to his vision and the story.
Weekly email summary