Toby Lewis Thomas is a young photographer from London, who never intended to start taking photos, but has managed to define his work with an exciting freshness through his use of light and an instinctive approach. We caught up with him recently to find our more about his journey, outlook on imagery and where he’s headed next.

Q Hey Toby, what was it that first got you interested in making photographs?

Well, I went to college and I was interviewed, I wasn’t allowed to take all the courses that I wanted to take, but the guy said he’d let me in if I took photography, because it was an easier course. I didn’t really want to study it. So I ended up on this course, but I had a really good teacher, who really pushed me and got me interested in cameras.

There was also this guy who sold cameras at a market stall in the town I was living in. He’s a really dodgy guy, but he took a shine to me and used to sell me really good cameras for really cheap, so that helped me understand the mechanics of cameras and I started having a lot of fun. I managed to get through my A-level exams and get an unconditional offer for university, which was amazing, because I failed everything else, so that’s where it started!

I also remember seeing Larry Clarke’s work, which was probably the first documentary photography that I came across and I just thought it was cool to photograph your friends, just hanging out.

Q So it’s almost as if you never intended to take up photography?

Yeah, pretty much, that’s the story of my life! Everything’s unintentional, but it always works out! 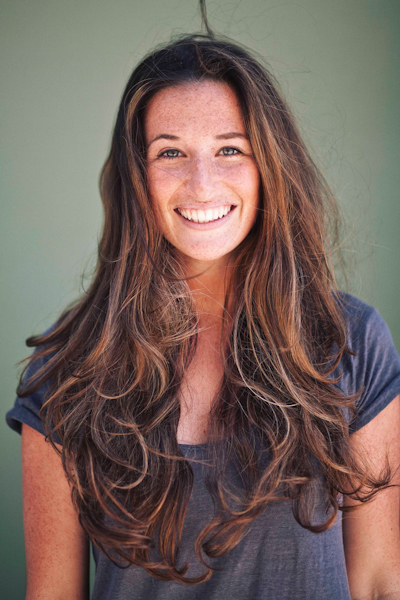 Q Is that still what inspires you to take images, the people that surround you and capturing those moments, or does it go further than that now?

I’m quite lucky actually, I work in an office in London, and below us is a photography lab, and I shoot medium format film, so I can go for a walk around town, then drop in a couple of films and an hour or so later have the images back and start scanning them in.

Generally, in a simplistic sense, I like to visually react to my surroundings everyday. So if I see something that I feel is instinctively aesthetically pleasing then I like to photograph it with whichever camera I have, whether that’s using instagram or my medium format cameras.

I think there’s definitely an edge of wonder in my images about the world, I’ve always felt that I’m not a particularly edgy or cool photographer, I just like to take really simple photos. 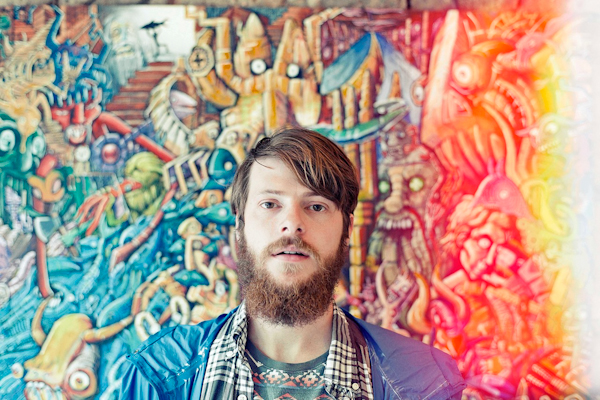 Q Your images appear quite natural and as if you have a genuine intrigue into what you’re capturing, it has an instinctive feel, why do you think that is?

I don’t really plan a lot of things. I’m a bit ADHD. I’ll sit in the office for a while, but after 2 hours I have to go for a walk, and I’ll be the guy wondering down the street looking up at the sky, taking everything in, but bumping into stuff, so I just capture what I come across. I don’t think, right, I’m going to the forest in the morning to take some images. I’d rather be spontaneous in what I do.

When I went to Morocco, I was just like, everything here is so visual. I could take photographs of everything, so I tried to make a point of taking really simple photos of things that stand out to me in a non obvious way. So I was subconsciously capturing things that I could engage with and if you look at the images, you probably wouldn’t think they’re from Morocco, you’d just think they’re a series of landscape and still life shots that don’t really mean anything in particular. 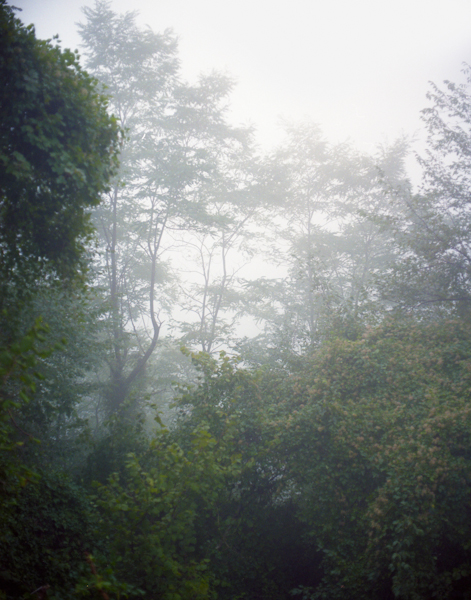 I think other people probably see the things I’m seeing, but everyone sees things differently. A friend of mine, Sam Harris, he has a really interesting way of seeing the world and photographing it, focusing in on something. My work doesn’t resemble his in any way, but we’re both reacting to what is visually stimulating in order to make an image.

A good example would be Stephen Gill, who I did a talk with recently. He would leave the studio and just go on a walk each day, so on a Wednesday he’d go and shoot one thing, then on a Thursday another. It’s just nice to go out and use a camera and take photos and if that amounts to something, that’s great, but the whole method is pretty stimulating generally. 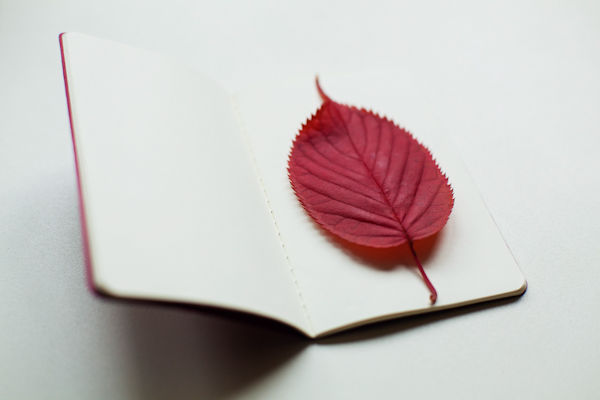 Q Are there any other photographers that you draw particular influence from?

There’s a guy called Anthony Crook, I love his work. My work isn’t similar, but anything he puts out I’d be interested in seeing. His work is really romantic, and he makes portraits that you could sell and also landscapes that you could sell, and that’s not to say it’s really commercial, but it just has so much visual value that you’d want it around. Generally, I like looking at other people’s work, but I’m so busy with life I don’t tend to get too fussed with other peoples images. 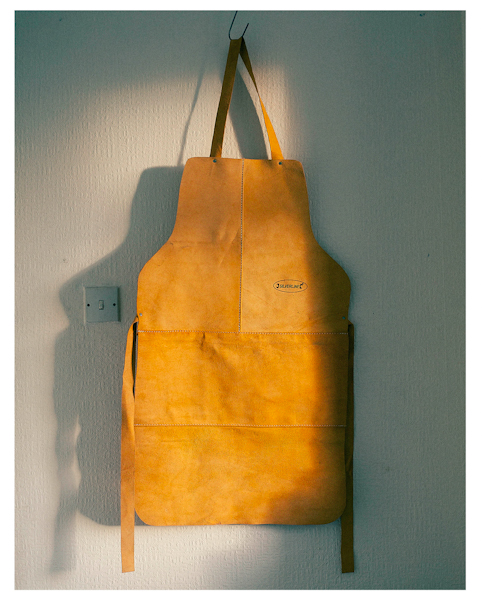 Q You’ve already said that you use a medium format camera, how do you feel that influences your work? Is it a big factor in what you produce or could you be using any camera?

Medium format is a bit slower because everything is bigger, but I’ve just started using a Bronica RF645, which is actually a really fast medium format camera, it’s just as fast as using 35mm, so it’ll be interesting to see how that will change my images, because reacting to something quickly was never really an option before!

The quality of medium format is far superior to other formats, it’s heavy and if you want to use a tripod, you can only use it in a certain way. I used to shoot from the waist, which is a whole different way of taking images, because you can’t hold the camera to your eye and shoot people straight on. You have to get higher, and it’s a slower camera. But the feel of the camera and the fact that it forces me to work slowly is what I enjoy, but that might all change with this new camera! 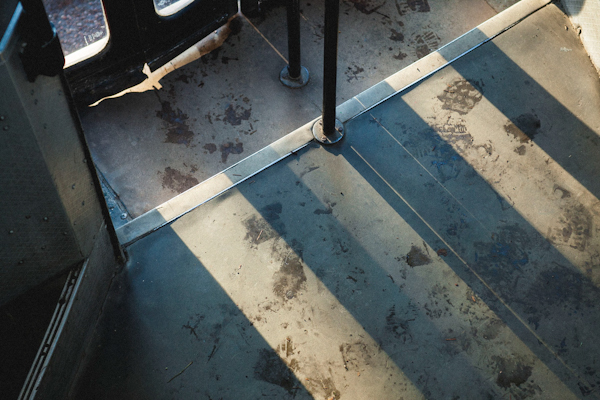 Q The majority of the images on your blog are either portraits or still life shots, what is it about portraits that draws you in?

I just enjoy taking photos of people. It’s mainly about light. I enjoy the way in which light falls on human skin, the way it makes shapes in faces. I don’t tend to use flash, it’s all natural light, so it comes from an interest in form and presenting someone and the way you see the potential in visualising the way they look. 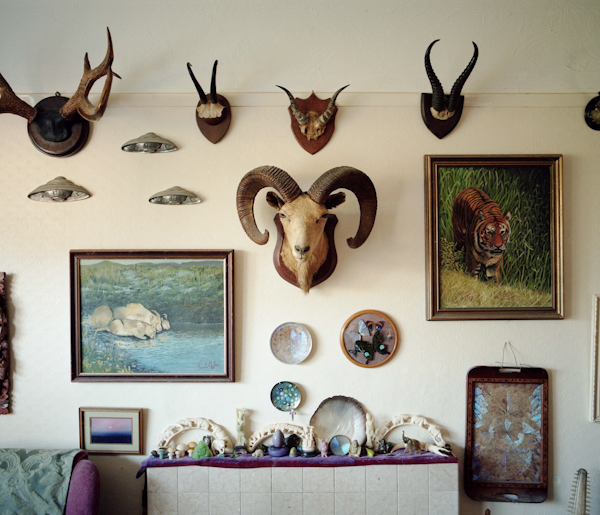 Q And similarly, does the same thing apply with your attraction to still life imagery and capturing the items you find yourself surrounded by dictated by the light and the form?

I photograph things in the way I see them. When I was in Italy, the light was falling on a table really interestingly, so I just took that chance photograph a few items in that context because I thought it look really cool. It’s very simple really. 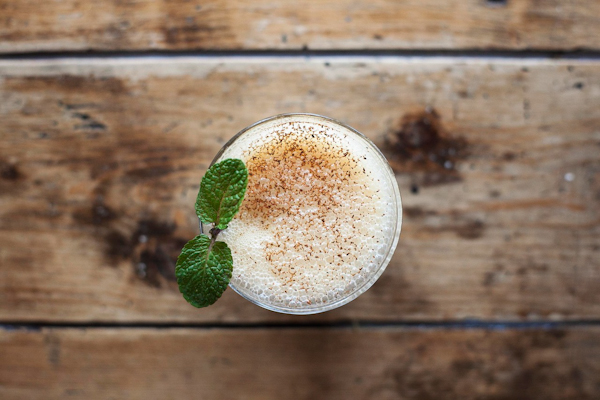 Q Are you working on any projects at the moment? I guess from what you’ve already said, you don’t work in a project form, more on a day to day basis, so are you just constantly taking images or do you have focal points?

I am constantly taking images, but I do have lots of little projects this year, mainly based on things like menswear and handmade items. I’m going up to Derbyshire soon to take some images of a guy that produces handmade knives, and I’ve also got a trip down to Brighton planned to photograph these people that make aprons from Japanese denim.

I’m looking to do those things because I can apply my passion for portraits and still life into an editorial sense, which I can hopefully turn into a job where I get to do have this interaction with interesting people. So I’m doing a lot of self initiated projects of things that I really want to do, which hopefully I’m going to form into a monthly publication with some friends who are publicists and stylists. 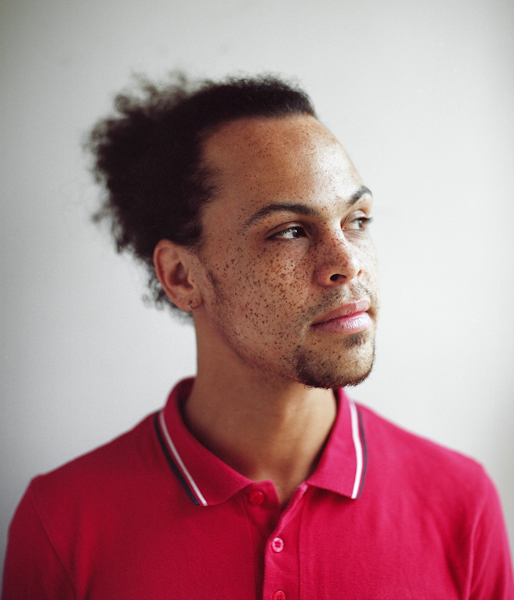 Q So is it your goal to become an editorial photographer, to tell stories?

I’d love to make an income from editorial work, just so I can do it more. I’ve done some work with a magazine called Upraw and I enjoy the interaction with people and even though I think the images that I’ve produced for them so far are good, they’re not really in my style, so up until now, none of those images have gone online with my name attached to them. 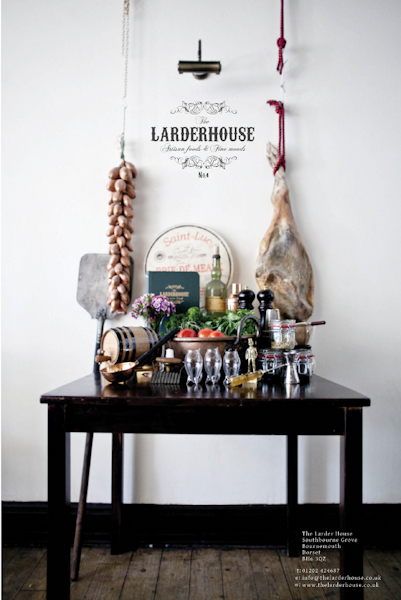 Q How do you see your work evolving and changing over the coming years?

Q So that would lead to a natural evolution in your work?

Yeah. I mean I don’t want to be famous or anything, I don’t really care about that stuff, my lifestyle and the people around me are more important. It’s not like I’m aiming to have my work exhibited in a cool gallery in New York, I’d rather have a nice life and have friends around me. I like to take photos and if other people like them, that’s great.

Q But if someone offered you an exhibit in New York you wouldn’t say no though?

No, I wouldn’t say no! It’s just not my aspiration!

Q Where can we see more of your work?