If you love to travel and take photographs, you have likely come across the dilemma of what to do when photographing people. Most see it as a catch 22. If you ask permission (as I believe is proper) then the person is not being 'natural' as they were before you asked, doing whatever it was that caught your eye. If you snap away, you risk being seen as rude and offending your subject which, for one reason or another, you thought of highly enough to take a photo. So what to do?

I want to offer another option to these two "Black and White" choices most of us face while traveling. To me, it's most important to remember traveling in another country does not mean you are traveling in a zoo. Many take the opposite approach, that a foreign land is so different (it often is highly different) and things so new that amazement lurks around every corner.

Being photographers, it's natural for us to want to snap away. But when you treat humans as if they are just curiosities in a zoo, to be photographed before moving to the next exhibit of wonder, then you miss one of the best reasons to travel: connection.

Today, we hope to show you some methods to help you bring back better travel portraits.

Slow down. That's the first trick. Take the time to sit in one place for more than 10 minutes and simply observe your subject going about his/her business. For one thing, you will start to blend in and the subject won't be as weary of you as "yet another tourist" (and face it, unless you live in the area, you are just another tourist).

Secondly, that first shot you wanted to take? It might not have been the best shot and often isn't. 10 minutes, while not long, will give you a better idea of your subject's personality. I realize not everyone has this amount of time, especially while being lead on a non-photography tour. But if you have the time, take it. 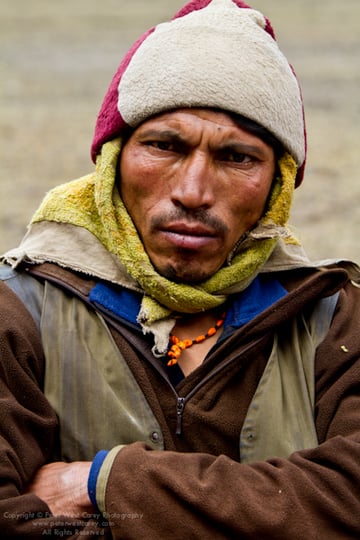 After you have sat a while, take the time to connect. If there is a language barrier, smile while looking into the person's eyes. It's worked for millennium with our species, no matter which language we speak. Eye contact is vital to connection (and if you're feeling any trepidation about it, practice in your home town before leaving.

Make eye contact with people in your town for one day. Keep looking into their eyes until they look away. From personal experience, I can tell you it becomes easier. Also, learn to say "hello" in the native language of the place you are visiting. It's a phrase worth knowing. "I don't understand" is another phrase to know once the speaker starts speaking faster than you can comprehend, especially if "hello" is all you know. Attempting to speak to someone in their language goes a long way to connecting.

Offer a bit of yourself to the other person. Bring along photos of your family, friends, pets, city. Show them who you are. It's another way to connect and lets them know you are not there to simply take. Also offering to purchase something from their store or available wares, if they have one, can go a long way (as long as it's something you actually want). Take the first step and offer to make a connection before asking for something.

The weather. Their family. Traffic. Business. Pick a subject and go with it. Here's an easy one, "Is it always this hot/cold this time of year?" A canned question, but it starts a conversation and is helpful if you're a bit shy. Again, it helps to know a bit of the language. Even if you don't know much, another phrase to learn is "how do I say  ___ in your language?" You get the benefit this time as you learn more of the language and show you are open to it. Most people like to help and this gives them a chance to do just that. It shows you are vulnerable, open and human. 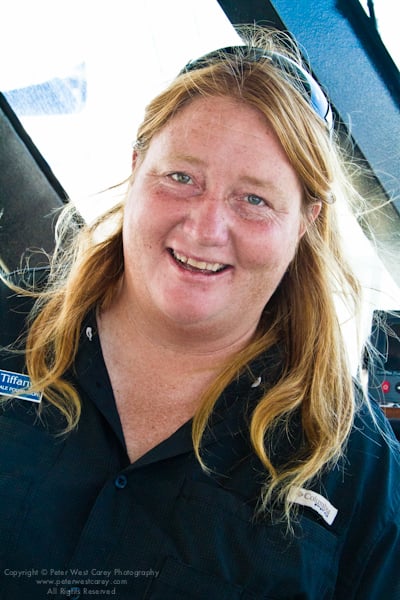 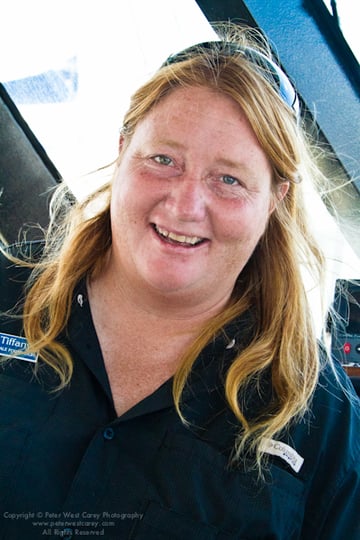 Now is the best time to ask, after you have made a connection and maybe chatted a little. The key here is to take two photos. One is more of the standard "say cheese!" photo you see in this tutorial. Even if the person is not smiling, as is Digboda above, the gruff gentleman in this post, it's a testament to who they are. The second shot can be taken when you fade back or say "goodbye." Allow them to keep doing what they were doing before you met, as is the case with the accordion player. They have relaxed and will not upset if you snap another picture.

If you truly are a photojournalist, then you can't follow all of these rules, obviously. But most of us aren't true photojournalists, wishing to capture 'real life' to report at home. Most of us are on a vacation or trip. If you take the time and expense to travel and see a new place, take the time to connect with it and that means connecting with the people you find there.

Now then, let's move on to some practical tips on taking shots.

Lower your aperture, zoom your lens

One technique is the classic portrait crop. Chest up, zoomed in to around 70-105mm and a lower aperture number (f/2.8-f/5.6) to pull the person off of the background, but still leave it a bit in focus to anchor them in place. The background also has a story to tell, but it's not the highlight here. 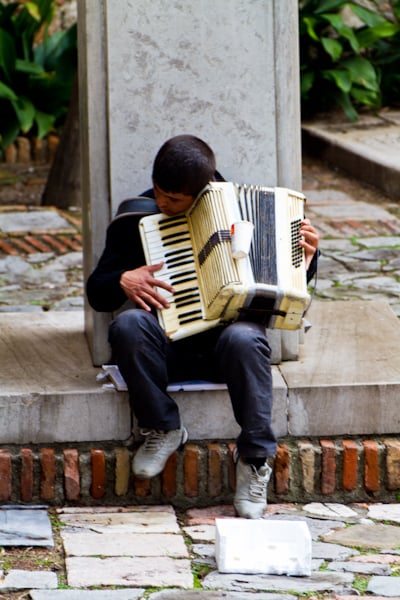 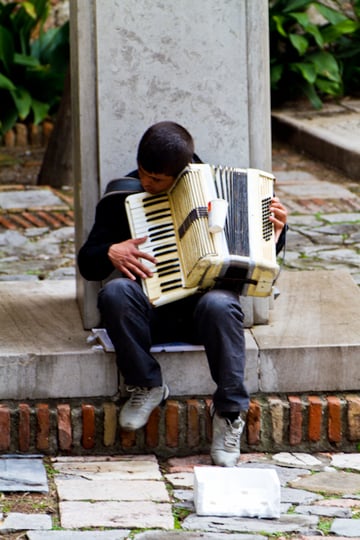 Even in broad daylight, a fill flash will help add a catch light (that little sparkle in a person's eyes) as well as take away some shadow that might come from a hat or just the natural depth of eye sockets. This is when an on camera flash, normally a weaker flash, can be useful. Even if there is not a lot of fill, adding in a catch light will bring life to your subject's eyes. 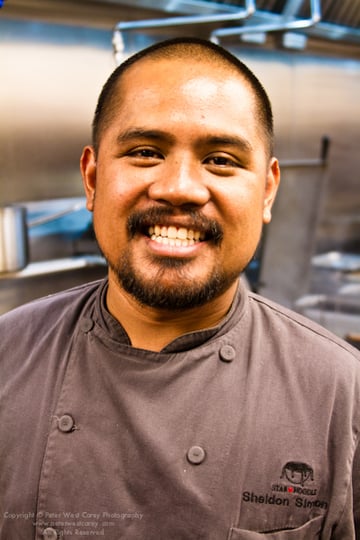 Include your subject's environment

While a straight on portrait certainly works well in most cases, when traveling it is often useful to include part of the environment around your subject. This adds context to the shot and will help relate a sense of place to viewers back home (and across the internet if you post there). 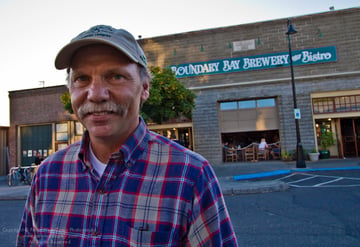 There are a number of great posts here on Phototuts+ that will help with other aspects of nailing quality portraits.

Lastly, I want to remind you there is more than one moment. So many times we get caught up in thinking that one thing the person did was so cool and had to be captured, even if we may be, at the time, rude.

I don't think there's ever a good reason to be rude to others. And because of that, I have found that waiting and observing will often lead to another great shot, better than the first. Take the time to connect with people and I promise your travel portraits will improve.

How I shot them (images in this post in order of appearance):

Chhuldim Nuru - The image of the Tibetan monk was taken after staying at her monastery for the night and sharing a couple of meals. She always seemed to have a pleasant disposition and the smiling portrait is a good embodiment of what I learned of her. ISO 160, 110mm, f/5.6, 1/160th of a second

Digboda - The gruff looking Nepali porter had a hard task, hefting our climbing gear to a basecamp. I had short conversations with him on the trail, asking his name and where he lived, in Nepali. I also often asked him how he was doing with the load and always received the standard Nepali response, "okay", even if he was straining. After feeding him and his partner lunch, I asked if taking his photo would be okay (by pointing at my camera and asking, "okay?"). He agreed and this is how he wanted to be seen. ISO 100, 105mm, f/6.3, 1/250th of a second

Craig – I shot Craig while one assignment in Hawaii. While the assignment did lend itself to more access than is normally allowed, in my time at his restaurant, Sea House at Napili Kai Resort, I noticed him interacting with many seated guests. I was going to take his photo indoors as a cloudburst was soaking the beach, but waiting 10 minutes was enough time for the clouds to pass. Fill flash used with diffuser. ISO 400, 19mm, f/22, 1/250th of a second

Ebenezer – If you have a guide for part or all of your trip, they will likely be a willing participant for a portrait. This shot was taken at the end of a seven day African safari spending most of our waking hours together. By then I knew the shot I wanted of Ebenezer but I had to wait until he wasn't expecting it. ISO 100, 170mm, f/5.6, 1/200th of a second

Captain Tiffany - Our captain for an afternoon snorkel trip on Maui, Tiffany seemed eternally cheerful and in love with her job piloting her craft. The inside of the cockpit was dark and the first shot did not come out. Being conscience of not putting off my subject by taking hundreds of shots, I popped up the built in flash on my Canon 7D, dialed down the flash adjustment a bit to not overtake the available light and got the shot I wanted. ISO 2500, 65mm, f/13, 1/250th of a second

The Accordion Player - This interaction was quicker than the others. While touring Spain with my daughter we stopped a bit to listen to his music in front of an old Moorish fort (Alcazaba). After a song, we applauded and I dropped a few coins in his cup then asked if I could take his photo. That non-candid shot didn't make the cut, but later we saw him playing under a covering when rains had started. I took a moment to make this shot of him in action, playing for no one but himself. ISO 100, 235mm, f/5.6, 1/40th of a second

Sheldon – As the head chef of Star Noodle on Maui, Sheldon came out of the kitchen for his portrait with this beaming smile. The smile of someone who enjoys their work and has a good time. The first couple of shots in the main dining area weren't working so I asked him to head back into his normal environment in the kitchen, clad in stainless steel and with a bit better light. ISO 800, 35mm, f/3.5, 1/50th of a second

Ed – Ed is the brew master and proprietor of Boundary Bay Brewery in Bellingham, Washington. Craft beer is pretty big in Washington and shots in the cask room had a harsh mix of light so I asked Ed if he wouldn't mind heading out front in order to place him next to what he has taken decades to build. Owners tend to be a bit proud of their brands and he willingly obliged. ISO 100, 15mm, f/6.3, 1/80th of a second

Please don't hesitate to share your travel portraits by linking to them in the comments below.