New Mexico is located between Texas and Arizona in the United States. It was home to Billy the Kid, Smokey the Bear, the first nuclear weapon test, the rumored UFO landing in Roswell and part of Route 66. It has a great mix of cultures and some of the most stunning landscapes you'll ever find. There are majestic mountains reaching over 10,000 feet above sea level. There are also deep, vast pine forests. Today, we're taking a quick look around the state. It won't do it justice, but it will give a you a taste of what to expect.

The first thing you need to know about New Mexico is that it is huge. In fact, it's the fifth largest state in the U.S. coming in at 121,589 square miles. It would take quite a long time to see the whole state. So, you will be spending some time on the road. Just imagine that you're Jack Kerouac or part of a 1960s motorcycle gang, then the miles will fly by. If you're in the passenger seat, take some shots out the window.

As you might imagine from the name of the state, there is a lot of Hispanic influence. There are some wonderfully old Spanish mission churches. The Hispanic culture has a unique take on Catholicism and certain Saints that are more revered there than other places. St. Guadalupe Church is located in Santa Fe, which resides in the middle of the state.

Hispanic influence also enters art and architecture. This is a painting on wood inspired by the Day of the Dead. 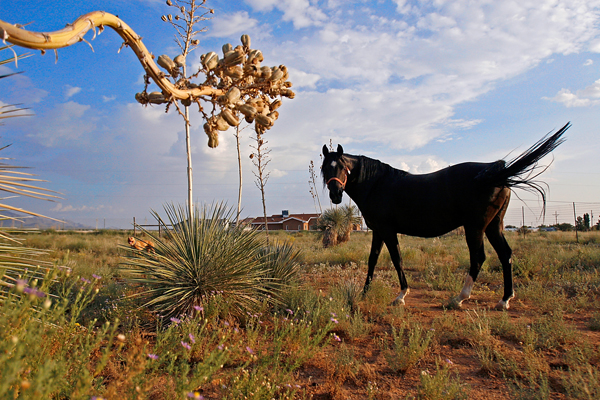 Don't forget about the details. Wherever I travel, I like to take details shots with some layers that add a little to the story. Landscapes and architecture are so tempting to focus on when you're traveling. Don't forget to think small as well.

Local flora can also make a great subject. If you travel to a different climate, you'll find things that could never thrive in your local environment. A picture is great way to get around those pesky customs agents who steal your fruit.

Adobe architecture evokes a rugged, pioneer feeling, but the rounded edges and flowing lines also have a softness to them. This gate is in Old Mesilla in Southern New Mexico. It is almost pure desert there, while in the northern parts of the state, high elevations host ski resorts and more alpine style architecture.

This final image is of one of the many fishing lakes in the state. Trout fishing is a past time of many residence. The mountain streams make for good fly fishing. Many larger streams have been dammed to create lakes. This is Grindstone Lake near Ruidoso. 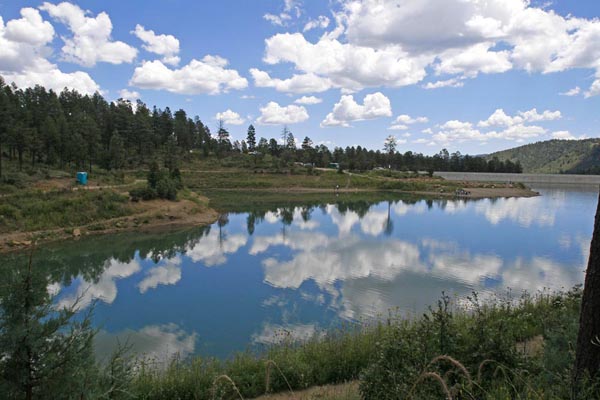 I would be remiss if I didn't mention the Native American populations. There are several reservations in the state, and many hundreds of archaeological sites. The Gila Cliff Dwellings are were probably built close to 900 years ago, but the caves themselves were most likely occupied for much longer. The dwellings were carved and constructed into sandstone cliffs high in the mountains. They are one of the most incredible things I've seen in my life. The Gila National Forest is located in the Southeastern part of the state. 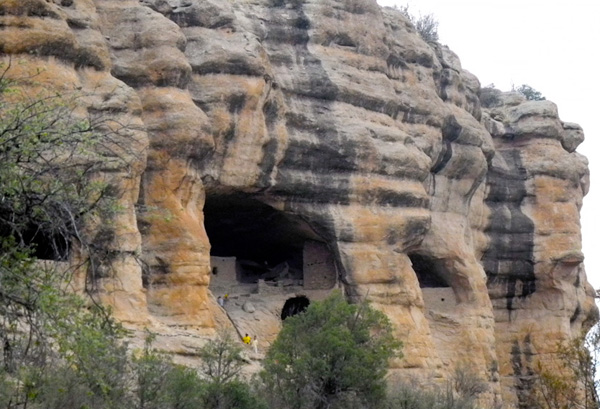 In addition to the hispanic culture, many so-called "hippies" settled in Santa Fe and Taos, both of which now have thriving art communities. It's also the green chile capital of the world, but many there peppers are grown there in the dry weather. It would also be a shame to miss the White Sands National Monument and VLA, a giant array of radio telescopes. They look like 10-story tall satellite dishes that move on railroad tracks. In summary, there are a thousand places to see in the this state. The diversity of climate and culture is second to none.

If you ever get the opportunity to go, take advantage of it! If you've been before and have any photos from your trip, please feel free to link to them in the comments. We always like to more images.