Video for Photographers Part 1: Shot Types and Moving the Camera

With the growing number of DSLRs that shoot video, we are launching a three-part series to help you adapt your photography skills to video production. Today, we are going to look at the standard video shots and camera movement so you can also create hollywood style shots using your DSLR!

When working with video it is a good chance that you will not work alone. It is important to be able to communicate with other camera operators and editors. In this article, we will also cover all the terms relating to movement that you should ever need to know!

Before we can even discuss camera movement we are going to do a quick overview of camera distances and angles that make up the standard video shots. Most are all pretty self explanatory so I will only briefly cover them.

Long Shot: Normally shows the scene to scale. For example, a person would be fully in the scene with their head and feet coming close to the top and bottom edges of the screen. The background would be clear enough to understand the setting, however not focused on like in an establishing shot.

Medium Shot: An above-the-waist height. Focuses on between one to three people in a scene with a minimal background as the location has previously been established.

Close-Up: Tight view of a face, upper body or object. Very little of the background in focus. All the focus is on the one thing in the scene. For example, a character's facial expression would be well shot as a close-up. 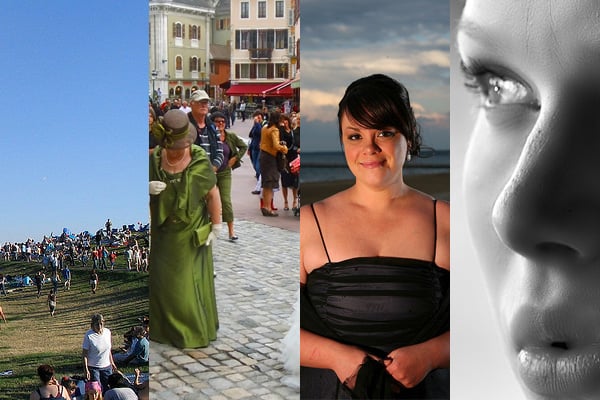 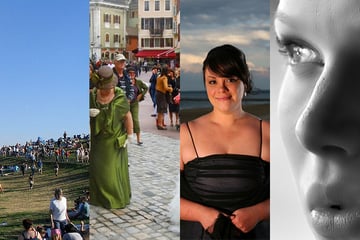 Birds-Eye View: perched above the subject in the scene. Shows the subject and the ground. Often used for dramatic effect.

Eye Level: Shot at the eye level of the camera operator. Very standard and the most commonly used shot. Also pretty boring.

Low Angle: Also known as a Worm's View. Shot from below looking up on a scene. Makes objects look larger. Think Star Wars and Darth Vader, he was often shot from below to signify power.

High angle: The opposite. Shot from a height to make people seem smaller in the scene. Often used to signify weakness.

Oblique angle: Tilting the camera at an angle. Un-usual effect but it suggests that the world is crooked or messed up. 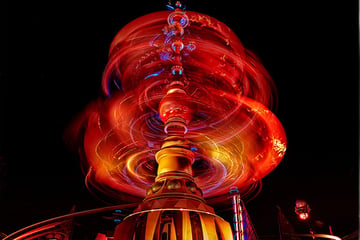 Most of the movements in this article have been around since the start of cinema, however the techniques used to shoot them have evolved a lot due to technogolical advances. We are going to start with the easiest three that you properly already know, even if you have limited knowledge of film.

A zoom shot is really easy to understand, simply zooming the camera in or out to include more or less of the scene. The camera stays still and never moves.

Zooming out is used to show the viewer more of the scene or encooperate other characters into the scene. Whereas zooming in is used to focus on an object or person.

The speed of the zoom is also very important, zooming in fast can be used to shock, where as a slow zoom is normally used to draw attention.

To make the zoom shot easier to shoot with your DSLR, I would suggest purchasing a follow focus system. They will allow you to zoom your lens much more precisely while also helping to prevent camera movement.

A pan shot is when you rotate the camera along the horizontal axis to bring the viewer on another point in the scene.

There a few different types of panning shots including:

A Following Pan: Follows a character or object in the scene, such as a car driving down a road.

A Surveying Pan: Often used for a climax as the camera searches the scene for a point of interest. Often used in horror movies for shock value.

A pan often ends with a couple of seconds of no movement. It slows down the shot and makes the next cut more natural. 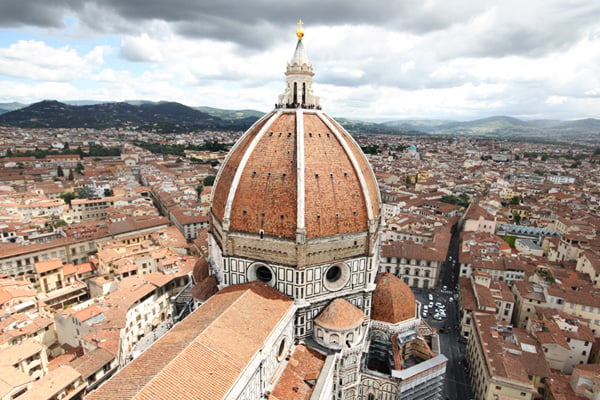 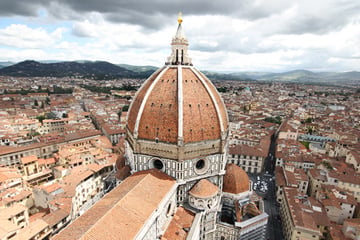 The tilt is practically the same as the pan however instead of moving the camera left or right, you simple move it up or down.

For both these camera moves, I would suggest purchasing a decent tripod head that solidly locks the camera into place without any wobbly movement. 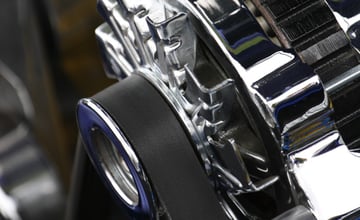 A dolly is a tripod attached to rails so that the camera operator can slide along and capture the action. It's great for scenes that are following action.

A dolly shot can also create a physical zoom where the camera moves in (or out) rather than using the zoom on the lens. It creates a different look compared to a zoom, as you feel you are moving closer past objects.

Their is no limit to the dolly shot. In films like Resident Evil and Star Trek. you often get dolly shots that start out far in space and then zoom into earth. These shots are often CGI mixed with photography, or in earlier films miniatures were used. 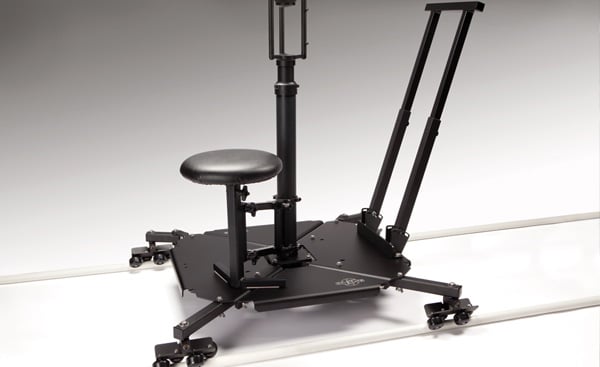 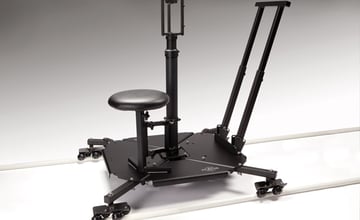 Just to confuse matters, a dolly is also used for tracking/trucking, which has also acquired the nickname crabbing. It takes its name from the sideways walk of the crab.

Instead of moving in, like a crab, the camera follows the action by a sideways physical movement on the x axis.

This style of shot is used in almost all movies and tv shows. A good example would be when two lead characters are walking and chatting together. The camera moves with them up the road they are walking.

You can learn you to build your own dolly for just $20 by having a read of How to Build Your Own Digital SLR Video Dolly for Under $20. 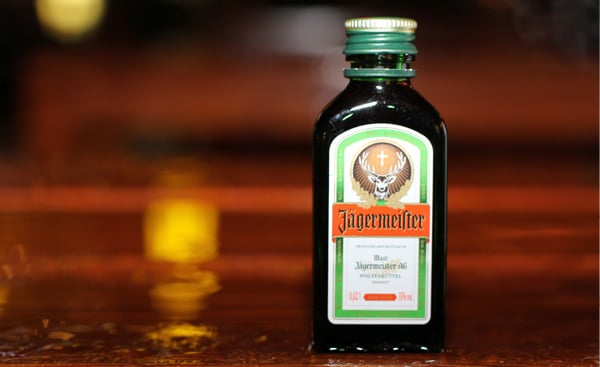 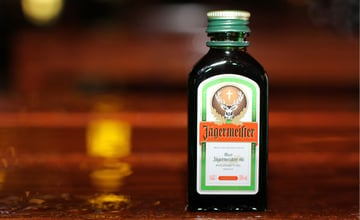 A pedestal shot is another camera shot in which requires a physical movement of the camera. This time up and down. Rather than tilting upwards the camera physically moves.

This is a shot that often requires your camera to be raised up above ground level. A camera crane would be most commonly used to achieve this. A new crane with all the electronics could set you back an easy $22,000, preowned cranes and older models still go for $10,000.

Camera jibs are so much cheaper and allow you to move your camera in almost all directions, but you often can't rotate the camera around. The price of jibs are more more respectable with well-branded models costing around $880. The Glidecam Crane 200 is pictured below.

I would recommend the book Killer Camera Rigs That You Can Build! It's around $36 and has aged a lot in the last few years, but it remains a fabulous book. It will teach you how to build your own large cranes and jibs for well under $100.

Example of a pedestal shot.

The arc is used to circle around an object. Made famous by the matrix and the slow motion action scenes. It is a difficult shot to pull off with a single camera (the matrix used 365 cameras in a ring) however with a camera rig such as a steady cam or the CowboyStudio Shoulder Support Pad. This style of shot becomes a lot easier and looks so much more professional than attempting to complete a hand held shot.

They use this shot in a lot of the TV dancing shows. The camera operator runs onto the dance floor around the subject and back off again all in less than 10 seconds.

This is probably my favourite camera move ever and one of the most difficult to pull off. First used in Alfred Hitchcocks movie 'Vertigo,' the name stuck and has been used ever since.

The shot requires a zoom and a dolly shot at the same time. You zoom your camera out when dollying in.The result is that your actor keeps the same proportions however the background will suddenly stretch out. Finding it hard to understand? Here is a Youtube video with a couple of examples.

The shot is difficult to film if you don't have the correct equipment. You would really need to invest in a dolly or a set of rails along with a follow focus system.

An aerial shot is normally shot from a helicopter, very large camera crane or very tall building. They are normally used for establishing shots or to show that the action had moved from one location to another.

Unless you live in a city with a skyscraper nearby, it is unlikely that you would you would use aerial shots. A helicopter with the dedicated equipment to hold camera rigs and a trained operator will cost at least $1500 an hour, with more stable, larger helicopters coming in at around $3000 with a $5800 daily fee for camera equipment and an operator.

However if you wish to shoot freehand just out the door of the chopper, then its quite a bit cheaper at around $400. However its still pretty pricy so your client would have to paying you very well! 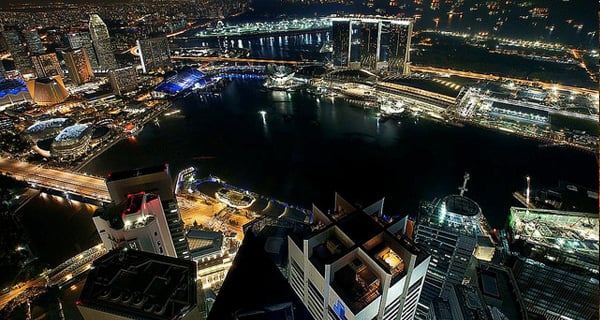 Thanks for reading. Stay tuned for the next two article when we continue to explain video. And next time you're watching a television or a movie keep an eye out and you will see almost all of the techniques mentioned above.