Will a Robot Steal Your Photography Job?

Robots are changing the way we work, photograph, and understand the world. In this article we'll take a closer look at what automation means for the practice of photography today.

Making Pictures in the Age of Automation

Thanks to the movies, we tend to think of robots as either benign programmable helpers or metal demigods on the brink of destroying humanity. Popular fantasies—and anxieties—about robots make for some compelling viewing, but science-fiction doesn't tell the whole tale. Automation has implications big and small for all corners of life, but these usually don't have the drama of a Hollywood film. Much of the process of automation slips by unnoticed, incrementally.

What is a Robot?

A robot is any machine capable of carrying out a complex series of actions automatically. For the purposes of this article, I will focus on programmable automation as the main characteristic of a robot, where the automation can be performed by hardware or software or a combination of the two.

Robots are capable of carrying out all kinds of tasks, including photography. What was once science fiction or only available to the largest companies is now available to anyone. In all kinds of sectors, from manufacturing to banking to customer service, automation has replaced workers. This begs the question: will a robot take your photography job?

Photographers perform many different roles in their work. Some roles are highly technical while others deal with less tangible things like aesthetics and human perception. The more technologically driven a role, the more likely that role can be performed by some form of automation.

Robots will inevitably take on more and more of the roles that a photographer has traditionally performed. This does not necessarily mean that you will be replaced by a robot. Rather, you can expect a shift in the kind of work you do. At best, the automation of photography is a chance to expand your working capabilities and opportunities by using robots to perform some or many parts of your job.

The Photo Robots are Already Here

Robots already actively participate in photography. In many instances, they can perform the same tasks that humans once performed but faster, more accurately, and for less. The also perform many tasks that are impossible for a human being.

Have you ever used automatic exposure? There was once a time when being a photographer meant possessing a sophisticated technical understanding of the properties of film as a recording medium, the ability to count geometrically, and the quick thinking to make mathematical exposure calculations in your head on the fly. The addition of integrated light meters removed all of those complicated prerequisites, freeing the photographer to be far less of a technician and far more of a camera operator or artist.

More complicated photo-robotic systems are also part of your daily life even if you aren't a photographer. Think about the automated highway toll system: instead of stopping at a toll booth to pay a fee your license plates are photographed at the beginning of the toll road. Software reads the plate numbers and looks up the car's registration. Then the system sends the registered owner a bill for entering the toll system, no human intervention required.

Photo Robots Have Been Around For a Long Time

Actually, if you think about it, robots have been part of photography for some time. One of the earliest robots to work as a photographer was the photobooth. The first photobooth was exhibited at the 1889 Paris World’s Fair. In later commercial models a customer placed a few coins in a machine and it snapped several photos of the sitter. After that, the machine developed the film and spat out a few prints for the customer to take home. This entire process happened without a programmable computer. Instead, it used a series of timers that operated electro-mechanic parts.

Here are some real-life automation tools built to perform the functions of a photographer:

Let's think through an example of how you might use robots to expand your photographic capabilities. We will use a wedding as our example because it involves several different types of photography, from fine art to portraiture to photojournalism. You can still plan to be the main photographer; the robots are there augment your ability to capture the event.

You could use the Narrative camera by placing it on the groom. The Narrative would capture images from his point of view all day. You could also attach other lifelogging cameras to other people in the wedding party to capture the day’s events from multiple perspectives throughout the ceremony and reception.

Next, use the ORBITVU to create stunning photos of the rings and the bouquet. This way the wedding couple has a really clean photo of the important reminders of that day.

During the reception, a Sony Party Shot camera on each table will photograph the guests. The party photographer will snap photos of smiling people and hopefully some wonderful candid moments.

For the dance following the reception, the SoloShot is your second photographer. While you are moving around and creating carefully crafted images it will stay in one place and follow and photograph whoever is wearing the transmitter. It will do so without getting tired or distracted or needing a bathroom break. Place the transmitter on the bride for the first dance and get a sequence of images of them as they move about the dance floor.

For guests taking photos at the event, you can use the Instaprint printer to print photos, like a collaborative photo booth with as many cameras as there are guests with smartphones.

After the wedding shoot, the use of robots continues. With all of these robots creating photos you'll need some help evaluating and sorting through all of them.

Use Imagga to automatically categorize the photos for you. Imagga can create custom categories for you so you can tailor the service to your needs. This customized automation makes it so you don’t have to spend time categorizing every image. Simply pull images from any category that you want to create a narrative of the event.

Then use Xerox’s Aesthetic Image search to reduce the amount of time you spend editing down your full take of images into a rough cut. Automation can eliminate all the photos that are out of focus, poorly lit, or composed in an unpleasing way. This will leave you with only the best images, from which you can make your selections to present to the client.

Will You Use a Robot on a Photography Job?

While all of this may seem over the top, I’m not describing science fiction. All of these devices and technologies are available today. I don’t suspect that anyone will include the full complement of robots that I am describing here, but you can expect some aspects of the scenario I described to slowly creep into your working process. Photographers will start employing robots in roles and situations that make sense to each individual photographer based on their style of work and their comfort level with using a robotic partner.

Some photographers may be hesitant to adapt robot technology and find themselves not being hired for some of the jobs that they had previously done. Others will readily adopt robots and automation and find more roles for robots to fulfill. Maybe you already use some robotic automation in your work. In any case, photographers who understand the growing power of automation will be equipped to make choices that are right for them in an increasingly competitive market. 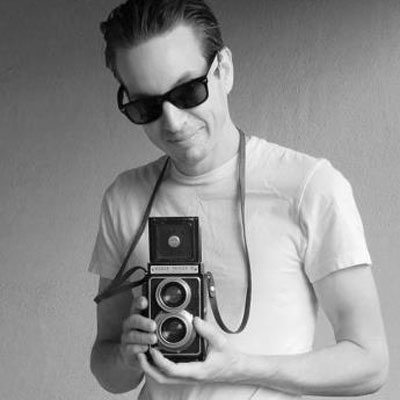